Overview
Despite people’s concerns going into the game, Dead Rising 3 turned out to be an amazing game that kept a lot of the franchise’s beloved personality while also expanding the scope of the game. Our full review of Dead Rising 3 can be found here, but now that Capcom has released DLC for the game, what can fans expect? With the first piece of DLC, Operation Broken Eagle, already available for purchase, should fans of the game be ready to download it?

Story
Operation Broken Eagle is the first of four episodes of downloadable content for Dead Rising 3, with all episodes taking place under the title of “The Untold Stories of Los Perdidos.” Each episode will follow a different character as they move around Los Perdidos during the events that occur in Dead Rising 3. These stories will be told to players by a man who was watching the events occurring in Los Perdidos through the ZDC cameras. 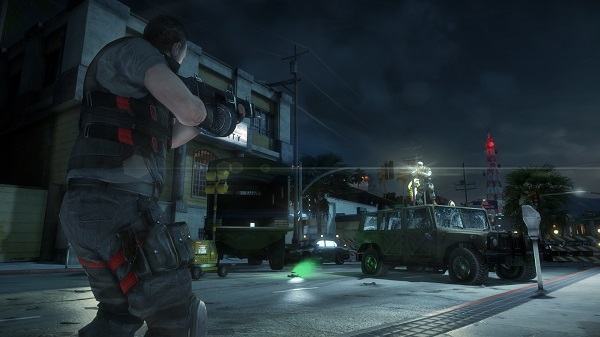 However at least as far as Operation Broken Eagle is concerned, there is almost no crossover story to be found except for Nick appearing briefly and a few small environmental objects explained. For Operation Broken Eagle, players take on the role of Adam Kane, a special operations commander who is flying into Los Perdidos with his squad.

Kane has been given the order to eliminate any terrorist or illegal survivors still moving around Los Perdidos with the highest order being to kill any of the President of the United States’ remaining guards and capture the President alive for questioning. Despite the fact that the President is still alive, Kane chooses to listen to the acting commander-in-chief and although there is a brief moment of hesitation on his part at the start, Kane quickly ignores any morality and simply chooses to follow his orders to the letter. 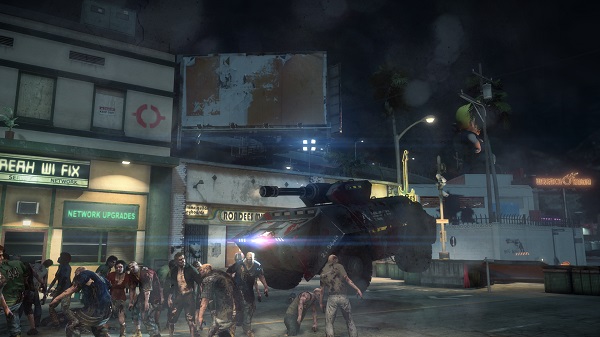 After their helicopter is shot down, Kane spends the rest of the DLC’s hour to two hour long story moving in one complete circle around the map as he eliminates evidence, gathers supplies, and locates the President. There is no deviation from the plot outside of one type of rudimentary side-quest and throughout the story there is no development for Kane until right at the end but at that point it doesn’t even matter.

Gameplay
With Operation Broken Eagle, gamers are getting the same type of gameplay that they originally had in Dead Rising 3. Players can choose to play either the story through normal mode or through nightmare mode and they are then dropped in Los Perdidos with the exact same level and unlocks that they already acquired in the game’s main storyline. The map remains the exact same though a few doors are either barred off or already opened and all of the collectibles such as blueprints and Frank statues can be collected as well and the progress will also carry over to the main game.

Since the game plays the exact same as Dead Rising 3, players already know roughly what to expect as there are hundreds of zombies on the screen at any given time and Kane controls the exact same way as Nick does. There are however no weapon lockers available for players to use which means players will need to be a bit quicker on their feet when it comes to the weapons they use and combine. That being said, there rarely is a weapon shortage thanks to the game providing a wealth of options of equipment halfway through the DLC. 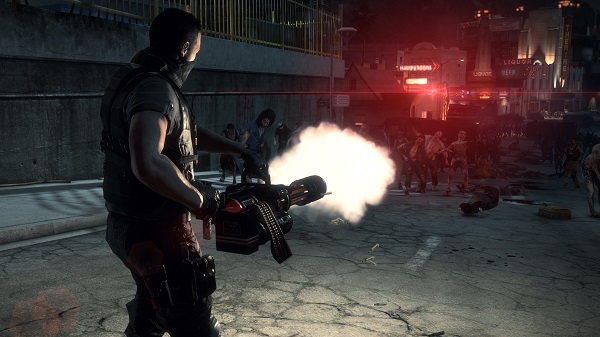 Once players reach a certain point in the story, a base will be established that will contain never-ending supplies of new weapons via boxes in the area. These weapons primarily are firearms, coming in the form of an extremely enjoyable minigun, an automatic shotgun, and a grenade launcher that shoots liquid nitrogen rounds.

The melee weapons are a bit more interesting as Kane’s weapon of choice are combat knives, which are two knives used at the same time for some rather brutal attacks and enjoyable zombie killing and a tactical axe which combines a riot shield with an axe that is just as fun to mess with as the combat knives. Also coming in with this DLC is a new armored vehicle called the Armadillo which sports a mini-gun on top and a new combo weapon blueprint, all of which can be used in the main game. It is also worth noting that there is no co-op multiplayer allowed in this DLC mission, meaning that it will always be a solo affair, which is an odd choice considering how fun the game can be with two players, but as mentioned before, at least these new weapons carry over to the main game. 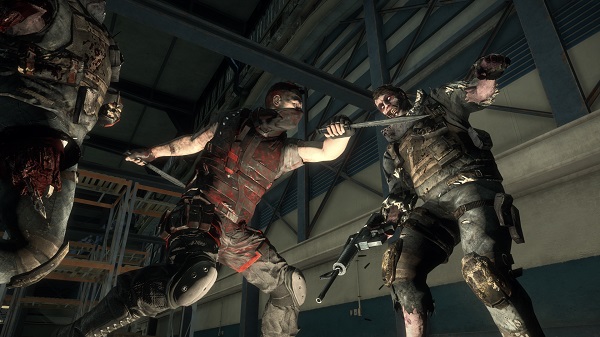 Outside of the new ways to take out zombies, the game is very limited on content. Outside of the story missions, which can be completed in around an hour at best, there are side-quests that can be used to pad your playtime a bit but these come in the form of collectibles. There are ZDC cameras that can now be hacked, the safe houses from the main game can now be eradicated by gassing the occupants, and gathering up your lost comrades. Most of these comrades are already dead which requires the player to recover their dog tags, though it is possible to move along with two surviving soldiers at the same time.

Visuals & Audio
Outside of a few minor differences in a handful of areas, players are dropped right into the same map they have played through before. The game still runs incredibly smoothly whenever a lot of action is happening at any given time which is a nice touch. As far as the new equipment and Kane go, they have a nice look to them though the firearms are all predictable and bland looking while Kane looks great but fits the standard soldier look. 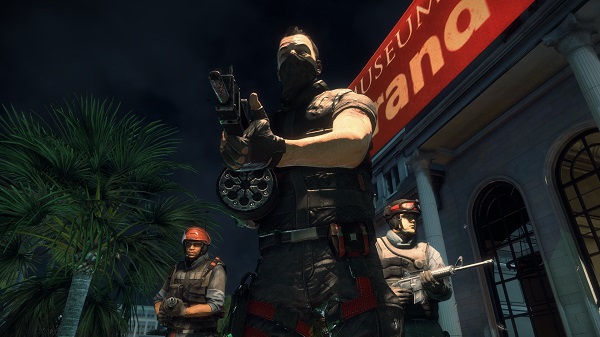 As far as the voice work is concerned, we hear only a minor amount of dialogue considering there are only a few cutscenes in the DLC and two of them are narrated by the man watching the cameras. The voice work provided is handled well enough but does nothing to stand out.

Overall
Dead Rising 3: Operation Broken Eagle does offer a few fun new toys to play with and a decent side-attraction for fans to play through, but coming in at a price tag of $10 with only a minimal amount of content on offer it is a shame that there couldn’t have been something else done with the story. With a very short playtime and barely any story to be concerned about, Operation Broken Eagle could easily have been a lot more but merely settles on being adequate at some things while falling short on others.