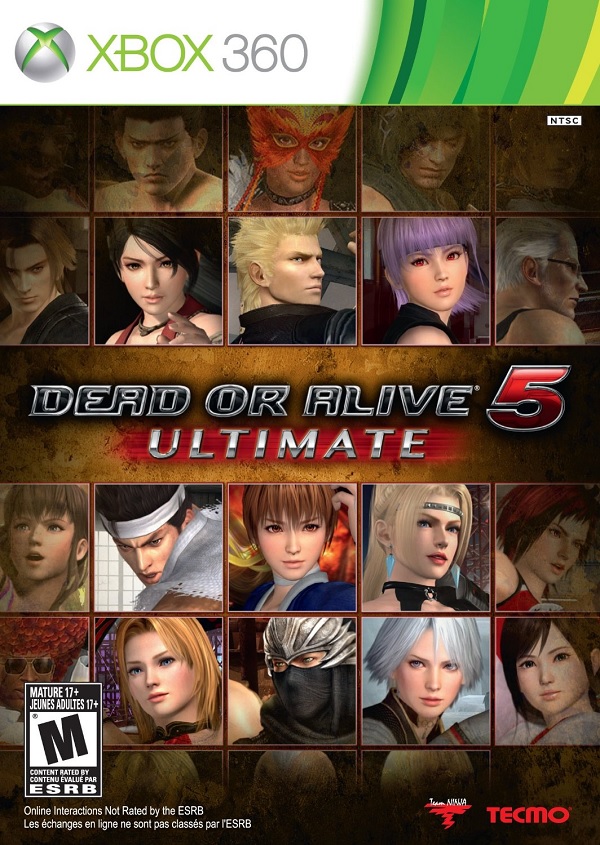 Overview
A little under a year ago Team Ninja brought us the next numbered Dead or Alive title in the form of Dead or Alive 5. With numerous graphical improvements, a few new characters and refined gameplay it reminded us just how great the series was. Since then they have released numerous costumes as DLC and also released a Vita version with a few touch screen options and a handful of gameplay improvements. Now Tecmo Koei has released Dead or Alive 5 Ultimate, looking to improve upon what was already a great game with a number of refinements and additions. However is all of this worth a second purchase? 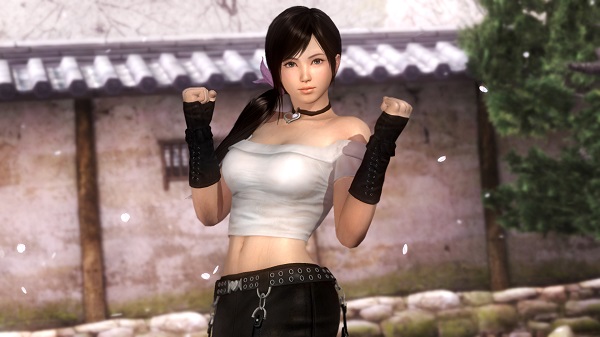 The storyline offers at least some continuing narrative of the Dead or Alive series, DOATEC and leaves room for more to come, but it is worth noting that a number of the characters simply play minor roles and do not have stories of their own, though they do continue to interact with one another based on past developments. So while there is some structure to the game’s storymode, it ends up being a bit short on its own.

Gameplay
Much of Dead or Alive 5 Ultimate will appear the same to gamers who have already played the original version of the game. The combat system remains the same as before which follows a unique four button combat system where Y and B dish out punches and kicks while throws are performed with the A button and players can guard, or perform ‘hold’ counters when timed properly, with X. There is a certain strength and weakness to each of these moves, with strikes being countered by holds, holds being countered by throws and strikes overpowering throws, making the title easy to pick up and play but quite intricate at the same time. 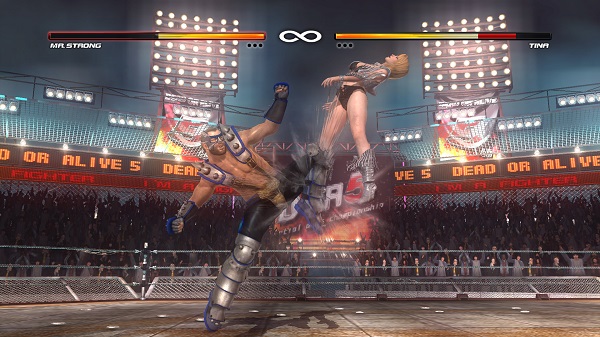 In fact, the game has been made easier than ever to pick and learn thanks to the inclusion of the expanded tutorial and combo training system which was introduced in Dead or Alive 5 Plus, which was released earlier this year on the Vita. These two modes help walk the player through the various combo techniques of each character and introduce players to all of the game’s mechanics as well as a few new ones that have been added this time around.

While fighters have always had the ability in Dead or Alive 5 to pull off a Power Blow and send their opponent flying across the arena, sometimes into a dangerous hazard there is a newly added Power Launcher, which again can only be used effectively when charged up. These power launchers are a new move that when used effectively will send your opponent flying high into the air, leading to possible juggle combos or a chance to prepare your next move. 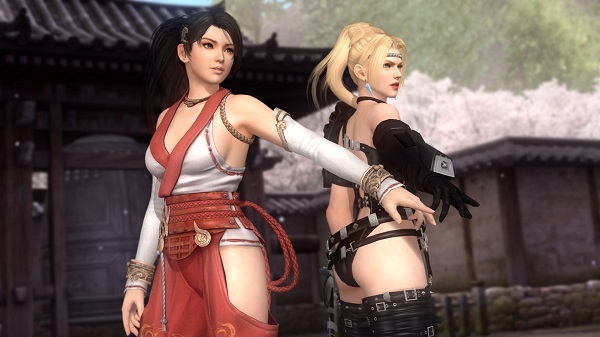 Also added to the game are a number of additions to the game’s Tag system. Not only have tag battles been implemented into the online mode of the game, where players can not only fight against someone else’s tag team, they can even team up with someone else and face off against two other opponents in a two on two tag battle. The Tag combat has also been refined a bit to allow switching between fighters easier and health meters have also been adjusted.

Speaking of the game’s online mode, new rankings have been added allowing players to raise their rank even higher if they manage to bring themselves to the highest caliber. Also there are now individual points that are distributed to the character you used in combat, allowing players to tell whether or not their opponent is using the fighter they are most skilled with and likewise on the opposite end. 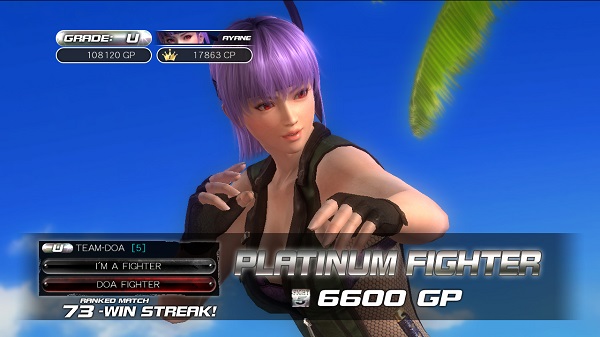 Also, it is worth mentioning that nearly every costume, minus the swimsuits of course, that were released as DLC for Dead or Alive 5 are included in the game and can be unlocked through simply playing the game. If players choose to import their save data from Dead or Alive 5 they can automatically unlock every costume they may have already unlocked or bought, as well as transfer over previously unlocked titles. 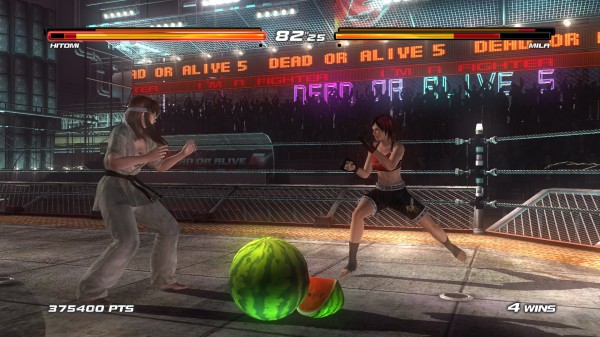 This makes Dead or Alive 5 Ultimate appealing for those who may never have touched the game’s DLC before this point and also provides the player with a ton of new costumes to unlock if they haven’t already. A number of other bonuses include the option to view every movie in the game, including winning and losing animations of the characters and more padding to give the player more to do when they aren’t fighting, though it is also worth noting that the Survival mode has been tweaked and made a bit easier as health restoring items can be obtained from defeating or throwing opponents.

Visuals
Dead or Alive 5 offered an already impressive graphical upgrade from past games by improving the character models of each of the fighters, making them some of the best looking fighting models in the market. Not only were these characters improved visually, but various effects were also added to the game such as dirt and grime that can be picked up from the stage as well as sweat and water that drips down the fighters and cause some articles of clothing to become either see through or sweat stained. 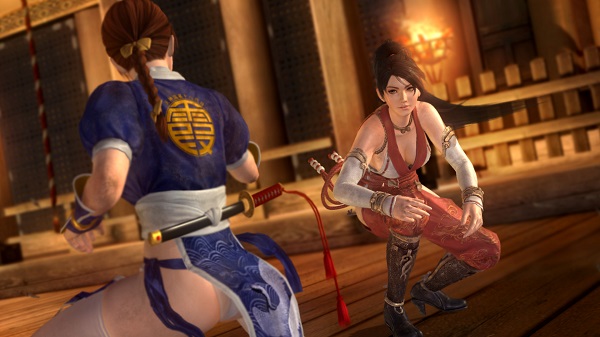 In Dead or Alive 5 Ultimate none of this has been changed as the game is still as amazing looking as ever, with a number of impressive looking new stages and even more costumes to dress your fighters in, giving players tons of different options whenever they are looking into setting up a match.

Audio
As mentioned previously, Dead or Alive 5 Ultimate continues to feature some impressive sound effects in combat as not only do the fighters yell when performing various moves and make various noises when hit but everything in the stage is also making noise and moving at the same time, making players feel like they may actually be fighting somewhere rather than in some static arena. 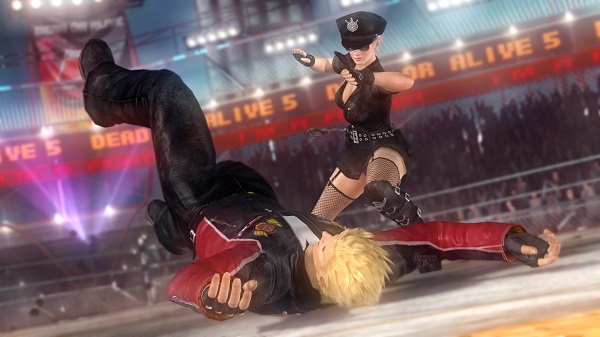 The game’s voicework remains rather impressive and the new characters’ voicework all blend in well with the game, though the issue with the Virtua Fighter guest characters’ voices sounding off compared to the rest of the cast is still a problem. Also it is worth noting that there is a choice to switch to Japanese voices if you wish to.

Overall
Dead or Alive 5 Ultimate takes what was already built up from the original Dead or Alive and manages to improve upon it in every way. Not only has the game’s combat become more refined, the roster has been expanded and a few new modes have also been included. While there is no cheaper alternative for those who already bought into Dead or Alive 5 to upgrade to this version other than buy it outright, they will find themselves with more content than ever before as they step into a freshly tuned version of a game that puts other 3D fighters to shame.