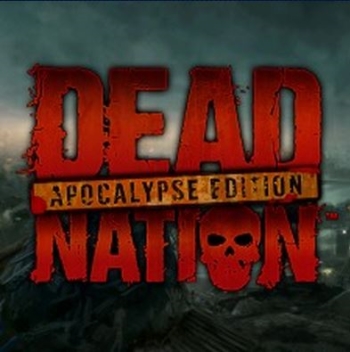 Overview
Originally released to positive critical acclaim in late 2010, Dead Nation was a game that grabbed the attention of PlayStation 3 gamers around the world. Now, four years and a new console generation later, Sony, Housemarque, and Climax Studios are hoping to recapture bottled lightning with an updated version of the game. How does Dead Nation: Apocalypse Edition stand up though? Does it merely shamble along or will it eat your brain? 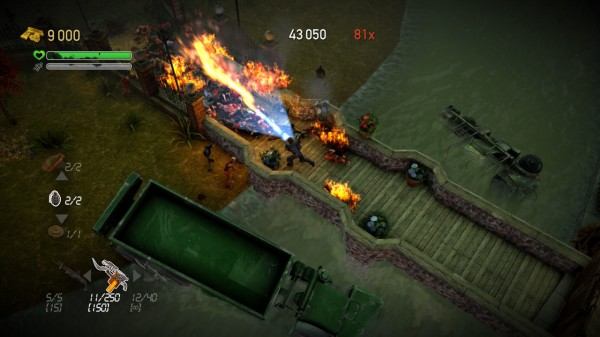 Story
In line with the clichéd stories of so many other zombie games, the world has been infected by a virus. Turning the entire populace into a shambling horde, few are spared from the necrotic disease. A year after the virus outbreak, Jack McReady and Scarlett Blake find themselves in a position where they must leave their shelter to find food and water. Immune to the current strain of the virus, they set out to secure their supplies, but a this will be no ordinary scavenging run. 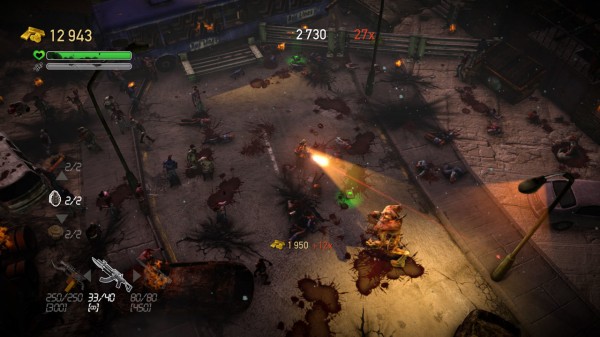 Gameplay
Dead Nation: Apocalypse Edition is a top-down isometric twin stick shooter. At its core, the controls are simple. You’ll maneuver around the world, taking down zombies with a variety of guns and grenades. You’ll have to stab, sprint, and scramble to conquer the odds and survive.

The controls in Dead Nation: Apocalypse Edition feel smooth and responsive. Jack and Scarlett are given several maneuvers to help them through the wreckage of civilization. You’ll run with the left joystick, aim with the right joystick, fire with R1, and throw grenades with L1. Beyond that, you can use the D-pad to switch grenade types and guns, giving you the ability to formulate and execute various strategies on the fly. The game also utilizes the Dualshock 4’s built-in speaker to let you know when you’ve picked up health or other items, or to let you know what weapon or grenade type you’ve just switched to. It’s a pleasant surprise and it can be helpful in a pinch. 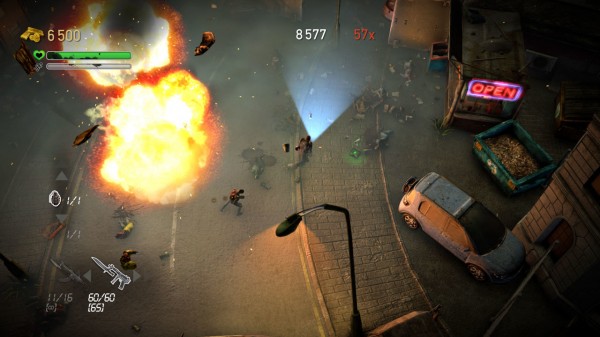 As you work through each mission, you’ll be able to interact with a variety of objects in the environment to get money or collectibles or to activate traps for the zombies. You can get health packs from vending machines, take money from the trunks of cars, and pick up collectible mementos that offer an amusing tribute to the fallen. You can also shoot barrels to make them explode, set off car alarms to attract a zombie horde and blow it up, flip on electric fences, and more. It makes exploring each level and interacting with the environment fun and interesting.

When you complete a portion of each mission, you’ll be rewarded with a checkpoint. These offer a momentary welcome respite from the horde, but more importantly they give you a chance to buy and upgrade weapons as well as equip any new armor you may have discovered. They also replenish your health, giving you a fresh start for the next leg of your journey. 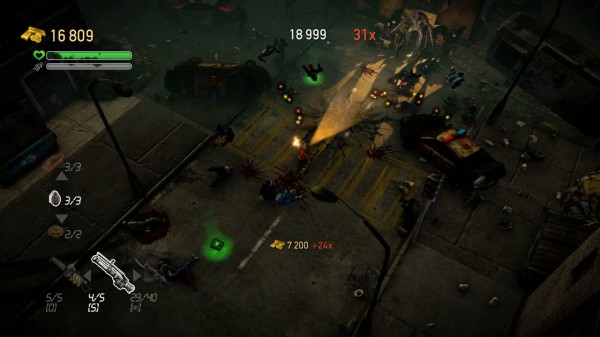 As you explore and fight through the city, you’ll encounter an impressive array of shambling foes. You’ll want to keep a watchful eye of your surroundings, as the game does a fantastic job of sending environment-relevant zombies after you. Near a police station? Expect undead with police uniforms and orange jumpsuits. Is that a high school bus up ahead? You’ll get to see zombies in football gear and cheerleading outfits. Firefighters, biker gangs, and much more join an impressive cast to keep things interesting. On top of the regular zombies, you’ll also encounter special zombies that can sprint, jump, slice, and even shoot at you. There’s rarely a dull moment!

Dead Nation: Apocalypse Edition offers several different game modes to play through. While everyone will probably want to take their time and work through the storyline alone, they can also choose to play it with a friend, both on the same machine or online. On top of the story mode, the game also offers several other modes to try your hand at. Arcade mode lets you choose various paths as you continue to gear up while zombies get stronger with each passing round. You can also pick up the PlayStation 4-exclusive Challenge mode that lets you chase down your friends’ high scores. A particularly interesting new mode, though, lets you livestream your gameplay to Twitch, offering your viewers choices at various times to alter the challenge for the player. There’s a great variety of modes to try and the livestream option feels like a great gateway for some interesting viewer-driven options. 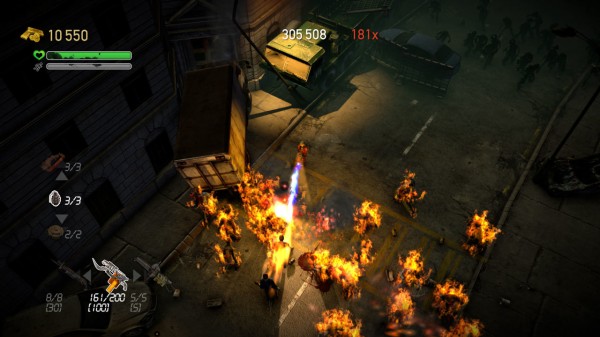 Visuals & Audio
The upgrade to HD has been a good jump for the Dead Nation franchise. Everything is sharp and immersive. The detail of the environment and zombies keep things interesting and thematic, adding to the immersion. The various particle effects (fire, fog, etc.) also do an excellent job of drawing you into setting.

The audio job serves the title well. The music sets an eerie mood without distracting from the on-screen action. The guttural screams and groans of zombies give you a sense of urgency and panic as you wander through the mist. The incorporation of audio output to the Dualshock 4 is a fun, helpful feature as well.

Overall
Overall, Dead Nation: Apocalypse Edition is a great game. The gameplay is fun, the game looks great, and the audio design will help draw you in as well. With a variety of game modes and cooperative play, there’s plenty here to keep you blasting away both alone and with  a pal. Dead Nation: Apocalypse Edition does an excellent job bringing a last-gen classic to the current generation.