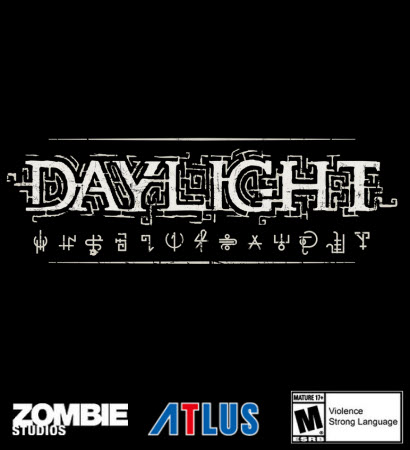 When it comes to games of this kind; I’m a novice. NOT because I don’t play a lot of games, I love games, it’s because I’m still a child deep down inside and scary games…well they scare me. “Zombie Studios” are back – the studio behind games like “Blacklight Retribution” and “Blackwater” – but this time they’ve decided to bring us something a little more terrorizing than their last few titles. As one of the very few horror games to have been released on the PlayStation 4 as of this time, you can probably imagine how much attention this it’s getting. Now it’s time for a man scared of the horror genre to take a crack at it. Wish me luck, readers, I haven’t played a game like this…ever. 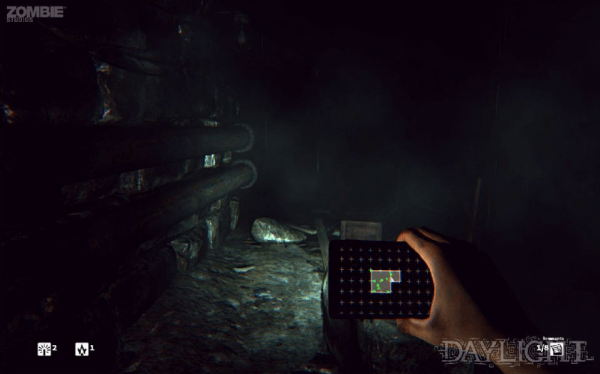 You wake up in a dark, dank place. You’re dazed, you’re confused and you have no idea where the hell you are but you hear things. Unnatural things. Some would say…SUPERnatural things, or it could be the mysterious man talking to you through your perpetually “in need of charge” mobile phone. Yeah, it’s probably just him, nothing sinister going on here. He calls you “Sarah” so I guess that’s your name but what’s his name. The man informs you that you’re currently in a hospital, one that no longer functions as a hospital but instead it now serves as a breeding ground for rumors, scary stories and urban legends. Having nothing else to do around here, you listen to the man and begin searching the place. As you continue through what seems like the spookiest “haunted house” attraction you’ve ever come across, you begin to realize that this place is EXACTLY what you think it is; freaking haunted! A shadow-like entity chases you, with nothing but some glow sticks, your almost-dead mobile phone and (occasionally) some flares, you run and search as fast yet thorough as you can in the hopes that you can uncover whatever mystery the man on the phone is telling you to investigate.

Discovering the secrets of this place means you can escape so that’s exactly what you do or…TRY to do. The way the story is told throughout “Daylight” matches the character and the game itself very well: It doesn’t ever simply come out and tell you exactly what is going on, it’s up to you to find out as much as you can. There are no cutscenes and dialogue is at a minimum which leaves your mind to wander, concocting as many theories as possible while slowly uncovering more and more of the story. Telling you, the reader, any more than what I’ve already detailed would be wrecking the experience for you. For the most part, I enjoyed the game’s story. To me it seemed like a title that went back to the fundamentals of the horror genre; mysterious place, freaky environment, being chased by something you can’t entirely see, they’re the oldest themes in the book and I enjoyed it but, by the end of the game, I found the story to become a little convoluted which put a real dampen on my experience, especially because the story was what kept me going. 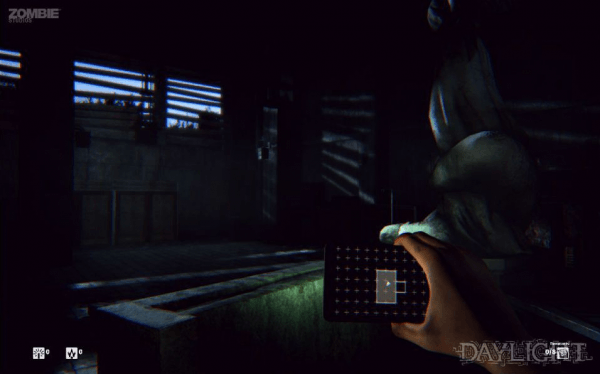 “Daylight” plays in the first-person view, you’re given no (conventional) weapons and each level is generated randomly so every single person who plays this game will have a distinctly unique experience. The game is almost played in steps: Level is randomly generated and you begin your search. You must find four notes are poster randomly throughout a level. Once those notes are found you must now search for the “Sigil” which will be in a pretty obvious room. Once the “Sigil” is found, you must RUN to the exit area where you will be placed into the next area. Repeat same steps over and over until the end of the game. THAT system was good for maybe the first few levels when I was still getting used to the game but this particular system begins to get pretty stale once you figure out how exactly it works. Simply running can have you complete a level in under ten minutes without scares or even without the risk of being attacked and, by the end, that’s exactly what you do.

You’re armed with your phone which works as both a mini-map and an indication system for when you’re about to be attacked by the “shadow”. Once your phone starts to glitch and odd symbols begin displaying themselves on the screen you know you’re about to be attacked but the shadows can be warded off pretty easily if you have a flare on hand. I “banished” my fair share of shadows that’s for sure. The map was a little difficult to use in some situations but it’s only there to be used as a quick guide instead of something you sit there glaring at for long periods of time…though it does give you the option to do so. You may also carry glow sticks which, just seem to be left around these “abandoned” areas. The glow sticks give you a little extra light to work with, which you need because this game is damn dark, and they’re also used to illuminate interactable items and obstacles. It’s almost like a hint mechanic. The way the game plays is fantastic though that feeling of “awe” and “enjoyment” does eventually diminish only because the game doesn’t offer you anything different bar some new environments which, honestly, I enjoyed. Even the freaky ones like the forest/graveyard. 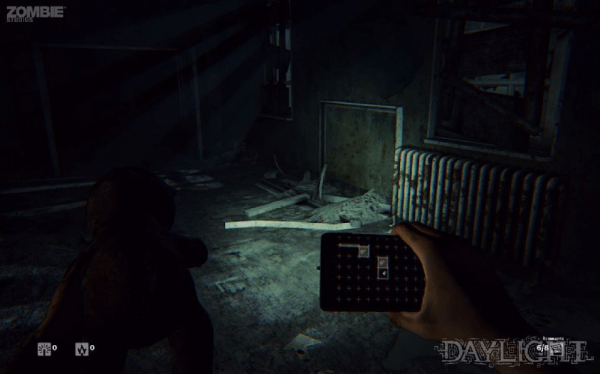 I both loved and hated the way this game looked: I loved it because it was designed extremely well, especially when it came to environments and the way certain light sources acted once introduced into them. The reason I hated it was because of a silly issue with not being able to actually see much…though I’m not going to take points away because it was done on purpose, it’s a horror game…it’s meant to be dark, you’re meant to find yourself stuck, I’m just venting because I constantly got trapped by a rogue box or chair which lead to the “shadows” catching up with me, which lead to me being…frightened. I told you I was a child. I would love for the developers to release some sort of fully viewable environment shots from the game just so I can appreciate exactly what I was trying so hard to get through.

Dynamic lighting and shadowing was perfected by the development team and implemented so well into “Daylight”. I always enjoyed seeing the reflection of my glow stick on the glass window of a door, it looks fantastic and it also meant I was getting further into the level. The graphics were great but not “next gen” quality though, to a certain degree, I never expected it to be. What helps “Daylight” is that it IS so dark, it covers up a great deal of the aesthetics and allows it to be fully appreciated on a console as powerful as the “PlayStation 4”. That’s assuming there were blemishes throughout the game. The way the character moved was nice and fluid but you definitely saw when things didn’t look as good as they should’ve, being present on a console of this caliber. Visually, though inky and ill-lit, the game looked brilliant and represented the vibe of the title the best way it possibly could. 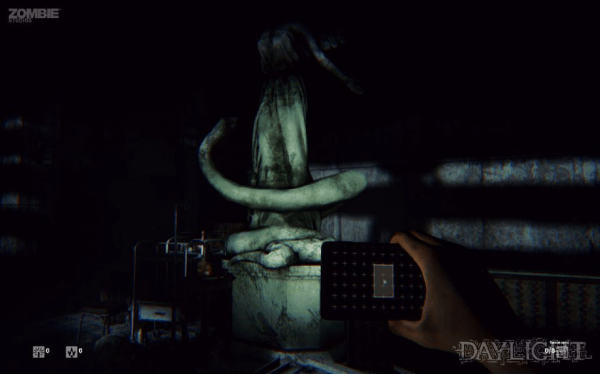 As you can probably imagine; there wasn’t a great deal of music in “Daylight”, in fact, there was one recallable track and it played during the loading scenes which only really occurred at the very start of a seating. One other piece of music played throughout the game and it was that of a piano which played for about 5 minutes and then never again. Quite daunting especially in a game that hadn’t played any music up until that point. “Daylight” used environmental sounds to their full potential with things like screams and footsteps behind heard constantly throughout the game. When playing I do suggest you wear headphones and have all the audio come through them, it definitely proved to be more immersive.

I felt that I lost another degree of “fear” when playing it normally with the sounds coming through my speakers instead of my headphones. If you definitely want the best out of this game; play it in the darkness with your headphones in. It’ll give you one hell of a fright. The voice acting, despite there being quite little of it, was absolutely brilliant. Each piece of dialogue felt real which is quite the feat. Sarah’s voice actress did such a great job with the character but I also think it was the lack of dialogue in the game that helped. You know when she’s saying something that you should probably listen. Auditorally this game was developed perfectly, absolutely no comp 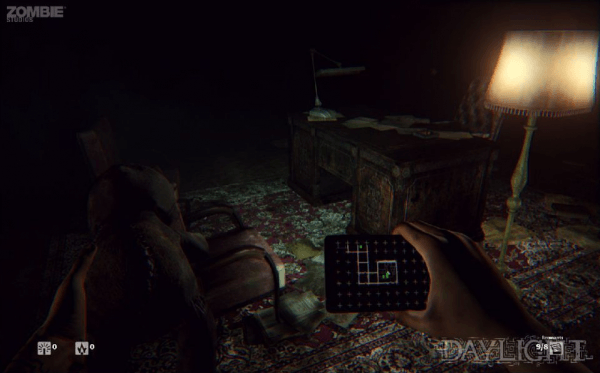 I’m not sure what else to say about this game. For everything that is good with it, there is another thing that cancels it out. Despite my dislike towards horror titles, I actually wanted the game to stay scary all the way to the very end…but it didn’t. The story didn’t exactly make sense but the way it was given to the player was clever and suited the vibe of the title so that’s a positive. If only the rest of the game was as good as its audio and visuals but unfortunately that wasn’t the case. I really enjoyed the way this game sounded and, to a certain degree, the way the game looked. Those two aspects really held the game up but they just weren’t enough to carry the weight of a full game release. Honestly the one thing that kept me going with “Daylight” was that it was a review copy and I had to play it until the very end. “Zombie Studios” showed that they can do a brilliant job when it comes to atmosphere but, as far as settings and story goes, this was poor.