To our next Community review is from Radical Dylan who has reviewed Introversion’s newest Xbox Live Arcade title : Darwinia+.  Check it out and leave a comment below.  Big thanks once again to the Radical one his efforts have been rewarded 😉

Story
You are a player in the virtual world of Darwinia, a beautiful environment that has been evolving over thousands of generations. A virus has entered the program; however, and it is up to you to destroy the virus and save Darwinia from utter destruction.

Dr. Supluveda created the program that has given each Darwinian a unique soul, the virus has devoured Darwinia and has fed off of the souls of the Darwinians. It is your mission to destroy the virus and bring the Darwinians back to Darwinia. 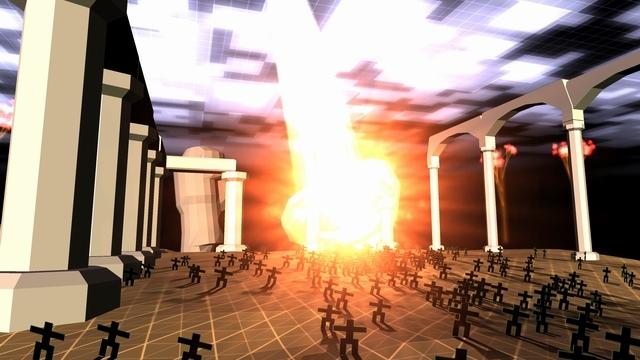 Darwinians are weak and defenseless and in order to save them you must employ the help of squads and engineers. Squads are your main line of defense and a majority of the game will be placed into controlling these guys. They are controlled using the joysticks to move and shoot, but with a press of a button you are able to tell them where to go so that you can manage something else anywhere else on map. Engineers collect souls (Programming DNA) to create more Darwinians in incubators. Engineers are also used to reprogram all stations in the game so that you are able to use the stations for your own purposes.

The objective of a majority of the game is to collect souls so that you can create new Darwinians and then bring them to safety. There are other objectives scattered throughout the game but a huge focus is placed on creating and rescuing Darwinians on each level; after all, the story of the game is based on you helping Dr. Supluveda purge his computer program of viruses and revitalize the Darwinians.

The game throws you right into gameplay without much instruction, but the developers have been nice enough to include an introduction which acts like a tutorial. You are able to skip the introduction if you want, but I would highly suggest playing it, it only takes about 5-15 minutes (based on experience) and you will even get an achievement for saving 30 or more Darwinians during the introduction. 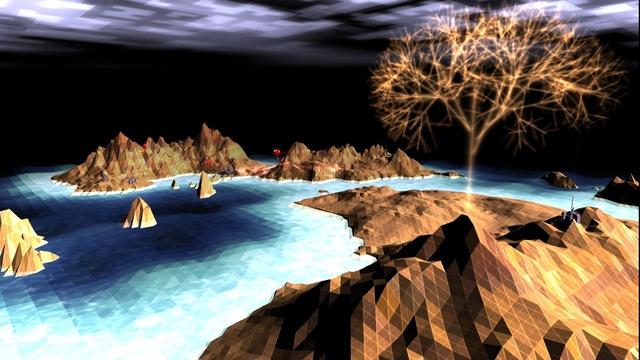 Graphics
The graphics of the game are designed to look like basic wireframe. This is clearly done on purpose but seems to be one of the negatives that people don’t like about it. Personally this additional touch made me feel as if I was actually in a program. If the game was designed more realistically it may delude the experience of being in a computer program. Darwinia+ focuses more heavily on gameplay then graphics but the lack of intense graphics doesn’t hurt the overall experience at all.

Audio
There is a music track that at moments helps with the mood of the game, but a majority of the time the music is hidden behind sound effects and other noises that occur throughout the game. It doesn’t ruin the experience of the game; it just would’ve been nice if the music were to get more dramatic as the mood of the game shifted.

Multiwinia
Once you feel like you have grasped the game, bring your battle prowess online and challenge people over Xbox live to a game of domination as you try to prove that your army is stronger than theirs.

It will take a few games to fully grasp what you are doing, but once you figure it out Multiwinia becomes really fun. Depending on the game type your objective will be different, but the overall goal is the same. Create an army, and outdo your opponent.

With 5 game modes, and 49 unique maps Multiwinia leads to hours of fun with friends, but has a tendency to lagg when a lot of action occurs.

As well as achievements, there are also 2 avatar awards available for meeting certain criteria. 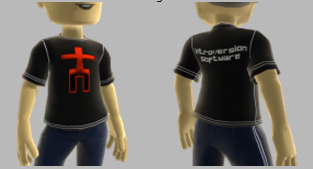 The Achievement List is:
• Prodigy – Rescued 30 Darwinians in the Darwinia Tutorial.
• Fastidious – You’ve helped stop the virus by clearing a map of monsters.
• Turning the Tide – Activate the construction yard, begin manufacturing armour and obliterate the ant infestation.
• Savior – Complete the Single Player Campaign.
• Clear Vision – Upgrade any research program all the way to level 4.
• The Bridge – Complete the epilogue and help the Darwinians launch their first rocket.
• Warzone Victor – Win 5 games in any Multiwinia game mode.
• Master of Multiwinia – win a game in every Multiwinia game mode.
• Warzone Explorer – Play a game on every Multiwinia map.
• Online Commander – Win a game of Multiwinia on Xbox live.
• Share the Love – Invite 5 other players to games of Multiwinia.
• Stick Man Slaughter – Kill 65,536 Enemy Multiwinians.

Overview
Darwinia+ is a unique experience that will bring hours of gaming to your XBLA collection. Darwinia+ includes both Darwinia and Multiwinia and for the price tag of 1200MP($15), this game is worth it.

Pros
• A beautifully crafted environment that makes you feel as if you truly are in a computer program.
• An awesome online mode as well as an extensive campaign proved numerous hours of gameplay.
• The game is simple enough for people of all ages, yet interesting enough to keep you captivated for hours.

Cons
• It would be nice if the game instructed you on what to do, sometimes you will be playing and be completely lost as to what you were doing.
• The units move pretty slowly, and it gets boring traversing across the levels.
• The only real punishment for dying is having to walk back to where you were, because of this there isn’t the feeling of risk when you attack.