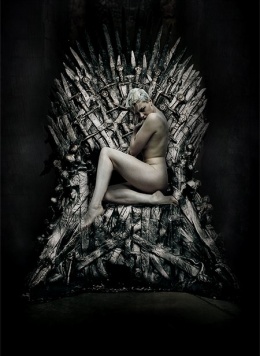 HBO adaption of George R.R. Martin’s Song of Ice and Fire series, better known as the Game of Thrones tv series, has itself been adapted into a burlesque show at Newtown’s The Vanguard. The show on the 7th of January gave audience members (and more importantly, this humble writer) the chance to explore the realm of Westeros in a new light. A light which was often titillating, sometimes funny, but always amazing. A hot, geeky event definitely worth experiencing.

The show largely follows the format of vaudeville with a variety of acts all largely drawing inspiration from the HBO Game of Thrones television series. These acts range from live song performances, acrobatics, and of course, burlesque dancing. The nature of the Neo-Burlesque style means that there will be plenty of skin showing thanks to the striptease that is a hallmark of said style. If you’re a prude or intend to find entertainment for your dear sweet grandmother on her 85th birthday, this show is NOT for you as it is 110% NOT family friendly… unless your grandmother was a burlesque dancer herself, as one of the older women sitting near the front turned out to be. Do not misunderstand me, however, as this style creates dances which are less defined as ‘sexual’ and more as ‘sexy’ (less ‘hentai’ and more ‘ecchi’ for anime fans). However if you’re one of those people who can’t bear to stand the ribald comedy of an Oglaf comic, then I do not recommend you watch this show as I doubt you’d be able to tell the difference (between ‘sexual’ and ‘sexy’… trust me, Oglaf is way more full on than this show). Neo-Burlesque concerns itself with the self-expression of the performer, any sexual gratification which the audience might attain is largely incidental although it is neither uncommon nor undesired. So now that I’ve gotten that out of the way, I’ll go through some of the acts which you can expect to see… 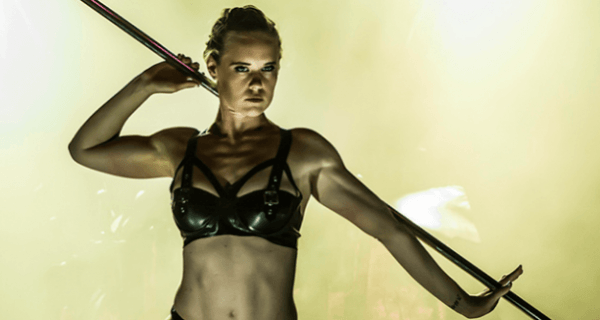 The MCs (Varys and Little Finger) introduce the next act as the dance of the ‘Unsullied’, the curtain opens and the audience sees the performer. She is armed and armoured in the same manner as those of her namesake from the tv show, with breastplate, spear, and shield. The music starts and she begins her dance. The weapons are laid down to the side quickly and the armour soon goes along with it. She is down to her underwear. Her movements are strong and disciplined with acrobatics making up part of the routine. This is how Game of Thrones can be interpreted through dance, with a performer portraying their character solely through movement. The Dames of Thrones Burlesque does this amazingly well with many of the iconic characters from the series portrayed accurately onstage in the style of burlesque. In this case, it is titillating to watch this performer demonstrate the superior strength and agility of her body. Hot. 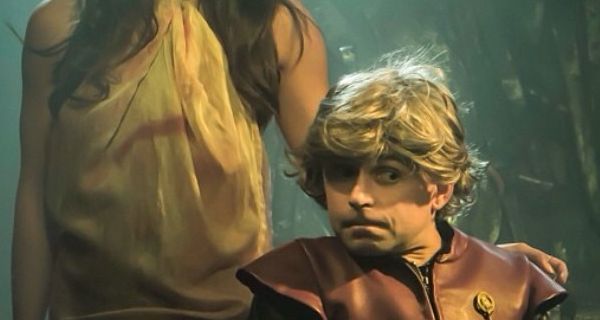 Another act focuses on the relationship between Shae and Tyrion Lannister. This act is not so much a dance but a non-verbal vignette in reference to the relationship between the two characters. Tyrion begins the dance sombre and immersed in his books but changes with the appearance of Shae. We see the mischievous and lecherous side of ‘the imp’ as he tips over piles of books to sneak a peek down Shae’s dress as she bends down to pick them up. As the music crescendos, Tyrion builds a tower of books upon which to stand eye to eye with Shae and share a kiss. The audience on the night I went ‘aww’ed during this intimate moment. Heartwarming. The MCs started up a chant amongst the audience: “King of the North! King of the North!”. The curtains parted and we see a shadowy figure sitting upon the Iron Throne. The music starts and the performer begins dancing. I first notice a giant flopping tongue, then two ears, a snout and fangs. The performer is wearing a wolf’s head mask. This is Robb Stark, or more accurately (judging by the fake blood painted around the performer’s neck) the remains of Robb Stark, and they’re doing Irish dancing. It’s a little bit sick, a little bit macabre, but a moment that you won’t soon forget. Hilarious. 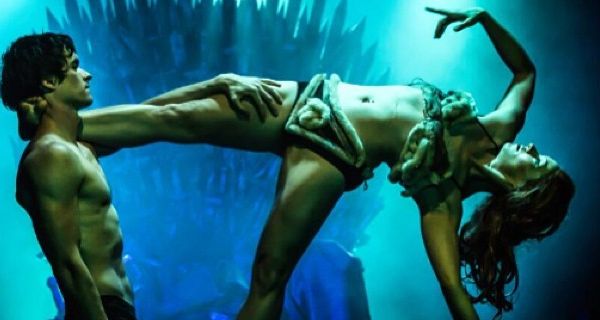 An act I can still remember vividly started off with a dark stage. The performers stood dormant. As the lights brightened on the stage, a voice rang out: “And who are you?”. It was Catelyn Stark singing the (now infamous) ‘Rains of Castamere’. The audience was in complete awe throughout her song as the performer gave it a new and powerful aspect; one of grief and mourning (which is understandable for the Starks). Burlesque showcases its power and range with this particular performance. It’s not just for titillation and tease, but also capable of bringing a tear to the eye. Such is the power of theatre which can amplify its effect on an audience in a way that recorded performances cannot. Haunting. The weakest part of the show overall for me were the opening and closing acts which I felt to be extremely tame by comparison to the other performances. I still enjoyed them all the same, but by comparison to the awesomeness that was the rest of the show, I felt that these acts fell flat.

There is much to enjoy visually in this particular show with both the male and female performers all being very well toned in their physique. This is a treat for connoisseurs of the human form (*cough* perverts *cough*) such as my partner and myself. The costumes are all beautiful, but it became clear that all the belts and buckles that performers had to undo were inconvenient when it came to the art of the striptease. The small stage of the Vanguard (dominated by the ever present set-piece of the Iron Throne) caused me to worry somewhat for the range performances and what could be achieved in such a small space. My concerns were completely unfounded as the performers often extended their acts into the air with acrobatics, and maintained a intensity which the small space amplified. Kudos should especially be given to the appearance of the ‘White Walkers’ during the performance, glowing blue eyes and all, which moved about and terrified the audience on the ground floor but (un)fortunately did not come to harass the public on the mezzanine level (where I was located). 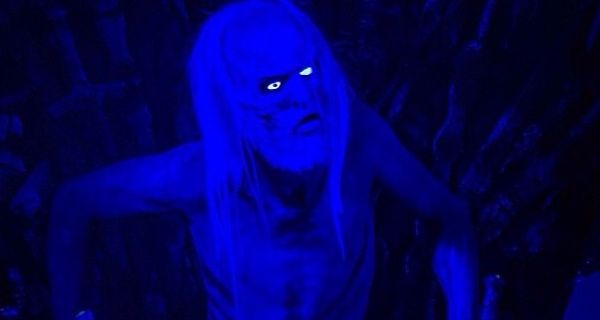 The music was a delightful feature as well, which I noticed served to further enhance the humour within the show. I found a certain amount of irony when a cover of Eurythmics ‘Sweet Dreams’ played for an act focusing on Melisandre, and the use of a cover of Nirvana’s ‘Smells like Teen Spirit’ for Joffrey’s act was a stroke of hilarious genius in my humble opinion. The show really shined for me when they had a song performed live, such as with Catelyn Stark, and I sorely missed the performance of more songs from the book (I had my fingers crossed for the ‘Bear and the Maiden Fair’) which unfortunately didn’t materialise.

The show overall is very well done with a variety of acts to enjoy and experience. The show is a wonderful way to spend a night out which will leave you with a smile, a tear, and a warm feeling in your heart (and possibly your naughty bits…) I would also recommend shelling out the extra cash for a dining experience to get seats on the ground floor in front of the stage, especially if you’re a height-impaired individual (such as myself). As far as adaptions of the Game of Thrones franchise go, this is by far one of the best ones…