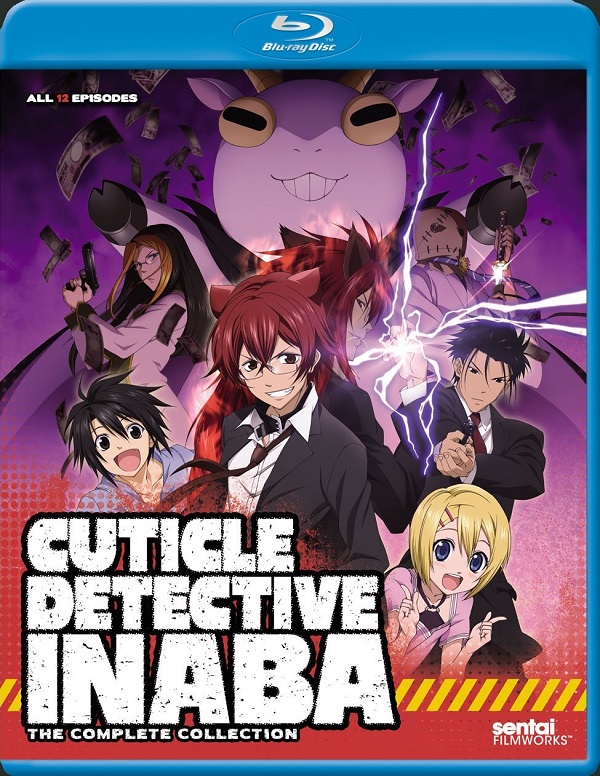 Overview
Comedy comes in different many different forms and everyone’s sense of humor is different so while some people might enjoy a show’s style of comedy others may avoid it entirely. This can cause a lot of issues when starting a show that can be nonsensical as few shows can thrive off of comedy with no backbone to keep the show together. With Cuticle Detective Inaba now available in North America, does this comedy series manage to keep it together while making viewers lose it?

Story
In the world of Cuticle Detective Inaba police dogs are more than K-9 units, they are actual cross-species humanlike creatures called Secret Dobermen that possess special powers that make them invaluable resources when solving crimes with their human partners. Or they would at least if every Doberman was willing to listen to their partner such is the case with Hiroshi Inaba.

Hiroshi is an ex-police dog who is now running a detective agency that takes on various jobs and employs two assistants in the form of Yuuta, a crossdressing boy with a yandere style obsession with Hiroshi, and Kei, a teenage boy with an obsession for felines and perhaps the only normal acting person in the entire show, who works for the company as an assistant to try and earn money after growing up poor. 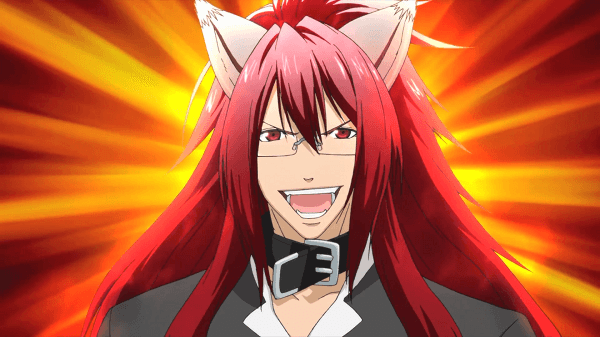 Shortly after the start of the series Hiroshi’s former partner in the police Ogino appears at the office and asks for Hiroshi’s help in capturing a new mafia organization that has moved into Japan and is causing problems for everyone. They are the Valentino family and their leader Don Valentino has a taste for money. Literally. You see Don Valentino is a goat and while he eats normal money he also prints out almost carbon copy counterfeit money in its place.

This is where things in Cuticle Detective Inaba get strange if they weren’t already as basic premise of the series is Hiroshi and Ogino attempting to capture the Valentino Family during one of their random schemes but usually letting them get away either by arguing with one another or simply not paying attention. Throughout the series the focus shifts between either these two groups messing around or directly highlighting one of the two groups which works well considering outside of the goat leader, there is a man devoted to the Don whose head is always covered with a burlap sack, a nearsighted assassin with a height fetish, and a genius scientist with her own quirks. 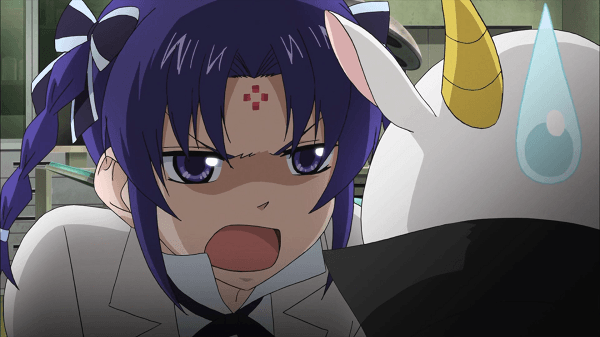 Things get a bit more serious once the story, yes there actually is one… or at least a semblance of one, starts to come into play by introducing Hiroshi’s younger brother Haruka, who Hiroshi left the police force to search for, and his organization called NORA. Due to Hiroshi always spending time working with the police and not spending time with him, Haruka has joined this group in order to eliminate the police force and make the Secret Dobermen the go to force in Japan.

Things run much deeper than that however as the comedy takes a bit of a backseat to a fair bit of drama as the dark nature of the police force is slowly revealed as the phantom leader of NORA, Sōmei, reveals how corrupt the police are by fabricating evidence and torturing confessions out of scared innocents in order to close a case. With so many lies compounding ontop of one another this not only caused the Secret Dobermen working with the police to start to lose their minds but even Sōmei’s partner became a victim of the corruption which ultimately leads to the creation of NORA. 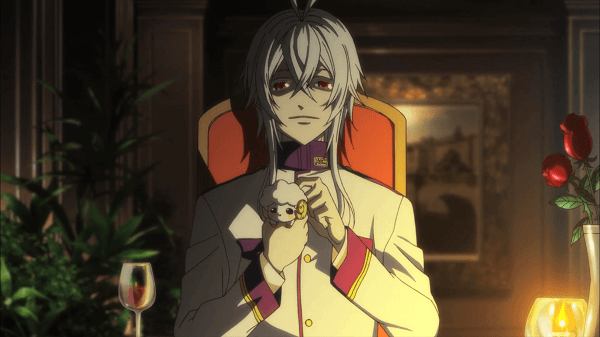 This serious tone is really needed in a show like Cuticle Detective Inaba which literally doesn’t know when to turn the comedy off. I’ve mentioned in the past how some comedy series will shoot off jokes at random to try and get a laugh or try various kinds of gags to make viewers laugh. Well in the case of this series, Cuticle Detective Inaba is a machine gun on full auto as it throws everything it can at the viewer without holding back. Outside of the few serious episodes or moments scattered throughout an episode, everything that happens is a joke.

Hiroshi’s special abilities when holding a piece of hair in his mouth? A joke thanks to his powers usually being comedic and the fact that he’s a huge hair fetishist. Every character is a running joke and is eccentric to the extreme with Yuuta always trying to kill Ogino because Hiroshi acts like a tsundere puppy dog around him as only the smallest example. Despite seeming serious even NORA is full of oddities as Haruka’s brother obsession and weak body quickly become running jokes as well as Sōmei’s need to possess a body and perverted habits. 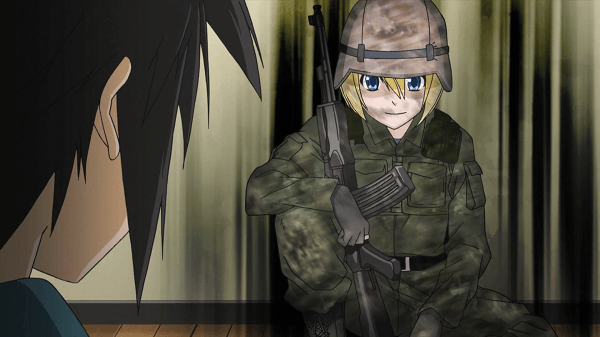 Even with Kei being the only sane one in the group, since Ogino’s terminator style body and overly doting father mode rules him out, a lot of the comedy comes from him responding to the absurd things happening around him, though whenever the focus is turned towards cats then he becomes yet another running joke in a show that tries so hard to be funny and throws so much at the viewer that there is going to at least be something here for most viewers, if they feel like trying to keep up with the pace the show sets. But even then, sometimes too much simply becomes too much and not everything can be a homerun and for every joke that will had me laughing there were another ten that simply seemed like forced comedy.

Visuals
It is pretty clear going into this show that Zexcs either didn’t have much of a budget or that they simply wanted to use the best style that would fit the show’s comedy and I believe that it is the latter. This is because while everything will shift from normal anime style to chibi looking then back to normal in a few seconds time frame, it is all for the sake of comedy. This is especially true when you consider how the Don looks almost all the time along with Hiroshi’s chibi reactions. 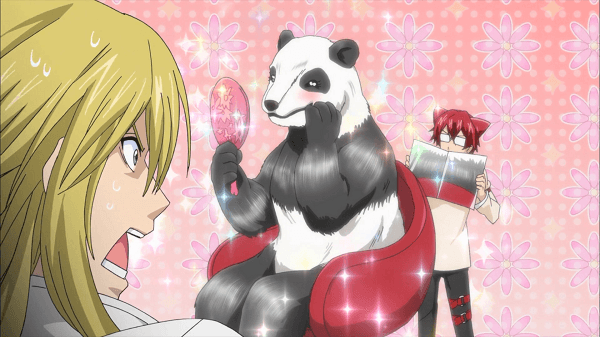 The series occasionally takes a big jump in quality for specific sections, primarily whenever something dramatic is happening and, again for the sake of a delayed laugh, everything was drawn extremely seriously for half an episode to have a big payoff at the end. The bright comical art style helps the cheap looking animation style actually pull its weight rather than drag the series down.

Audio
It is worth noting that Cuticle Detective Inaba has been given a subtitle only release so the Japanese voice track is the only dub available. This works well for the most part thanks to the nature of the jokes which would probably not work half as well as they do in Japanese if they had to be translated into English. The Japanese voice actors work well in their roles and the fact that Don Valentino’s way of speaking works best in Japanese also points towards this Japanese only release being for the best. 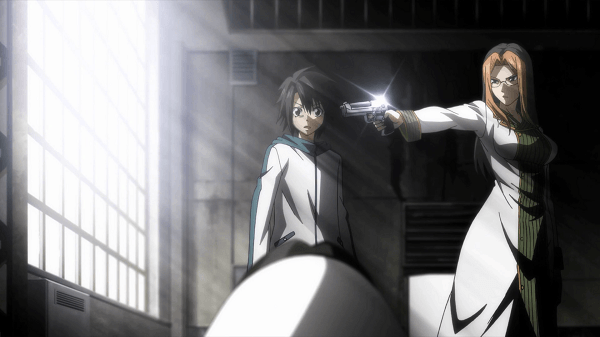 That being said, the series’ background music is entirely forgettable and not once throughout the show did it catch my notice in any regard, even during the aforementioned moments of drama. The opening theme “Haruka, Nichijou no Naka de” by Junichi Suwabe, the Japanese voice actor for Hiroshi, is fitting for the show while the ending theme “Prima Stella” sung by Toru Okawa, the voice of Don Valentino is played off as a joke.

Extras
Cuticle Detective Inaba: Complete Collection does not feature any special bonus features as it only includes the bare minimum in the form of a clean version of the opening and ending animations, trailers for other Sentai Filmworks anime, and disc credits.

Overall
Cuticle Detective Inaba’s frenetic pace is one that works against it to start with as it can be incredibly difficult to get into. There are just so many jokes on a rapid fire pace that even people with a great sense of humor will find it hard to laugh at everything because for everything that seems funny there are twenty other jokes that will fall flat in a matter of a minute. Thankfully since every member of the cast has their own hyper-exaggerated eccentric nature, this series that thrives on being quirky and strange manages to be enjoyable with nice touches of drama added throughout to flesh out this random comedy.