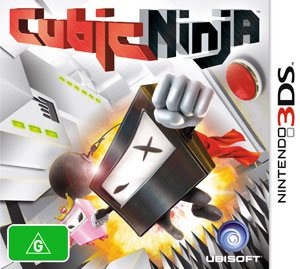 Cubic Ninja is a game for the Nintendo 3DS console that has been published by Ubisoft. In this game players take control of a Cubic Ninja and have to rescue a princess from a labyrinth of puzzles involving physics and physical movements of the 3DS device.

The story of Cubic Ninja is very basic, in that it is almost non-existent with exception of a few bits of text that plays at the beginning of the game and some other of forms of storytelling at other points points during the game.

The story is very basic and it involves a princess that has been kidnapped and features a ninja named CC who must go through a labyrinth and rescue said princess. The story to me feels as though it was added on to the game in order to give the players a sense of purpose within the game. I’m going to be honest, the story really feels unneeded within this game, from a pure gameplay perspective anyway. 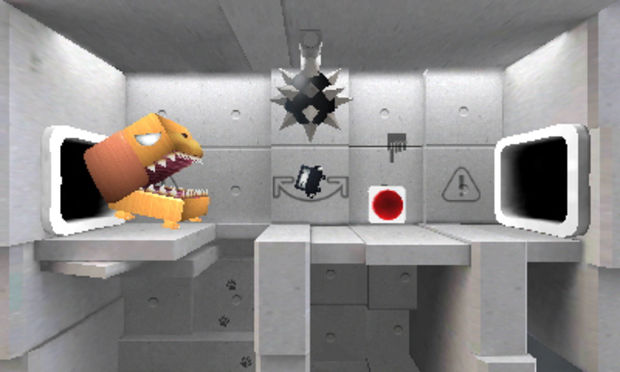 For reference, the Pink cube on the cover is the Princess.

Cubic Ninja features a very basic gameplay style that can lead to some unexpected complexities. The game features a series of levels with each having 100 puzzles within. The puzzles begin with an easy difficulty, but get increasingly more difficult as you progress.

As progression increases as does your main Ninja, CC’s, abilities. These range from a Shrinking ability to more traditional ninja arts, such as shuriken throwing. Early on in the game, these abilities are not that useful and in some cases, even useless. Of course, it depends on the requirements of the puzzle, but these abilities can be used on any puzzle after you have unlocked them. Which is kind of cool. 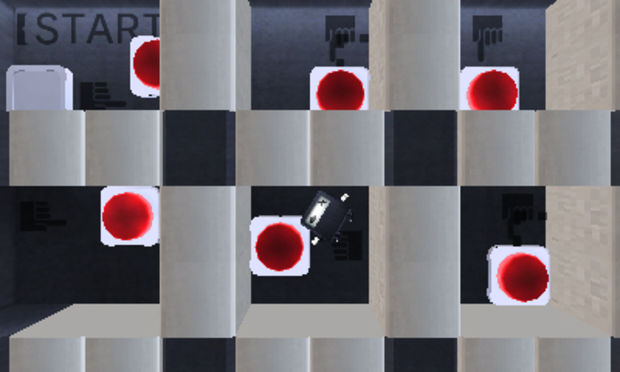 The Puzzles consist of finding your way from an entrance to an exit. The puzzles are between these two points and usually involve switches and dodging traps. Occasionally, you’ll need to use a ninja power to help achieve some of your goals. Of course, the main part of the puzzles are purely navigation. That is, finding your way from the start to the finish. But, this is generally a difficult feat, as it is never simply a straight line, nor is the world always flat. The game utilises the 3DS’ gyroscopes to control CC. That means that you must physically tilt your 3DS unit to move, unless you switch to a control scheme involving the slide-pad.

In quite a few of the puzzles, you’ll find that you will need to lay the 3DS down completely on it’s back or completely face down in order to get CC to fall to the back of a room, or against the camera depending on your situation. The slide-pad control scheme addresses this by delegating the come closer mechanism to the X button. I must point out that turning the 3DS completely facedown has gotten me killed a few times, to my annoyance.

Also, something I didn’t particularly like with the gyroscope mode is that the game disables the 3DS’ 3D capabilities when playing with this control type (which is also the default control scheme). While enabling slide-pad controls does allow you to play in 3D, the default control scheme is slightly more fun, but you also lose the depth which is required for some puzzles, as well as the faux-sharpness that the 3D illusion brings. While this isn’t particularly game-breaking, it does feel a little off, and it isn’t something that I felt too comfortable with. Considering the boss fights are also controlled with physical movement, comfort is amazingly key. 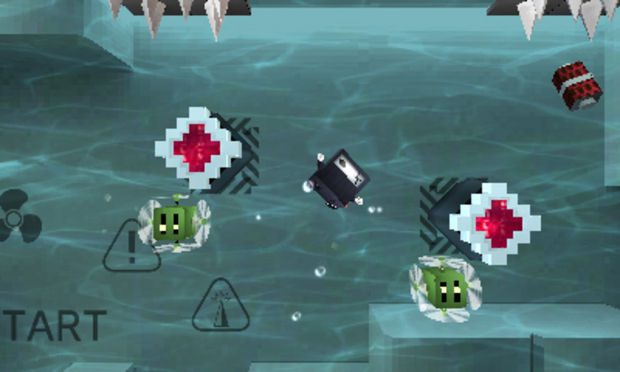 There’s a really good feature in this game though, and it’s a mode that allows you to create custom levels using parts gathered during the campaign missions. Utilise your creativity and make puzzles that your friends can’t complete, mwuahahahahahaha!

Overall, the gameplay of this game is puzzling at times (by nature),and some design decisions are a little strange.

The graphics of Cubic Ninja are basic and if you’re using the default control scheme, not 3D. Well, not stereoscopic 3D anyway, it still uses 3D modelling.

The graphics of this game are incredibly basic, even if the 3DS is capable of outputting much better looking graphics. The art style is comlplimented by this basic look, but I feel that a little more effort in the modelling department could have made for a much more entertaining look within the game. 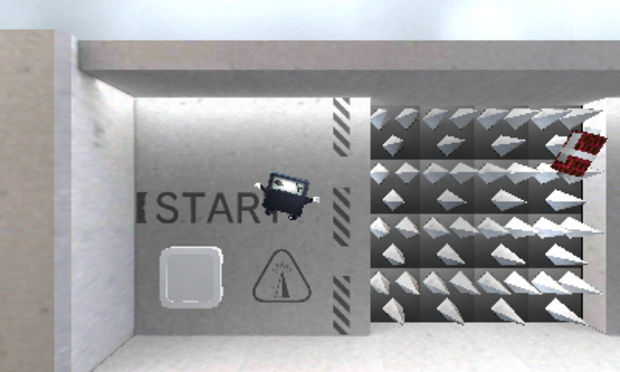 As I stated in my opening statement for this section, the game is only stereoscopic 3D when utilising the slide-pad control scheme. While I understand that moving the 3DS around with 3D on would be a little clumsy, it is a little strange coming into the game expecting it to be fully 3D during exploration, as the cover says, only to find that it is being projected in two dimensions without so much as a mention in-game. I mean, even if the cover isn’t technically lying, it is a little misleading.

Cubic Ninja features a very James Bond/ Mission Impossible-esque soundtrack. It is quite enjoyable for the first few times you hear it, but quickly gets old. Also, the James Bond stuff dissappears very quickly and is replaced by a more generic score, which you will notice rather quickly. 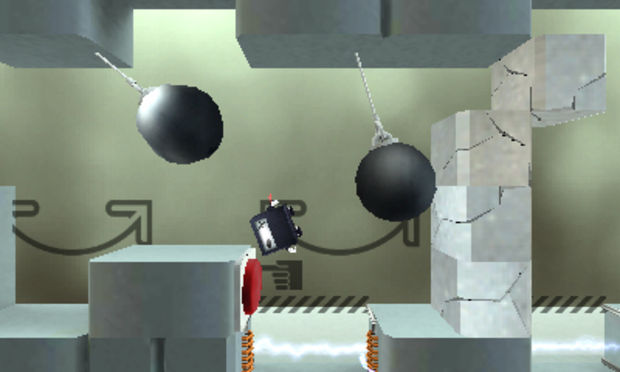 I found that the audio in this game was rather poor with the exception of a few key points. It was really not at all well done, and I believe that prolonged gameplay sessions was not what the developers were aiming for.

Cubic Ninja is a disappointing game from a publisher known for publishing some pretty high-grade titles. The game itself had amazing potential to be fun, but all I found was a very misleading game with gameplay that would probably do well on an iPhone. Even visually this game is more reminiscent of an iPhone title than a fully fledged 3DS title.