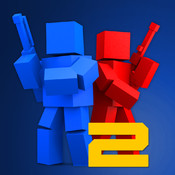 Cubemen 2 is the sequel to the well-received Cubemen for iOS, Android and Steam platforms. Cubemen 2 takes the tower defense/RTS gameplay of the original and expands on it with a few more units. As the old adage goes “if it aint broke, don’t fix it,” and that is certainly applicable to Cubemen 2. Nothing is really taken out from the original, just added on and improved. The audio and visual style retains its minimalist charm, but now there is an opportunity for players to add skins over their normally bland levels, and to even change the colours of their cube-men. 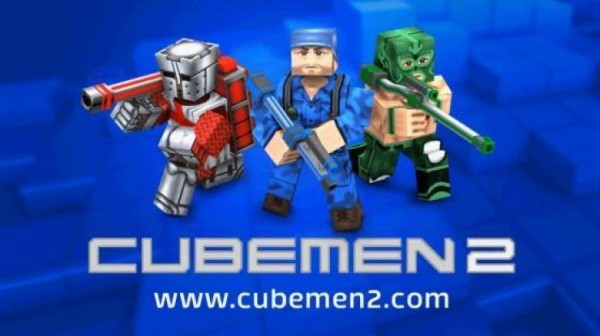 Cubemen 2 takes the same gameplay system of its predecessor and improves on it. You have to defend your tower from waves of oncoming enemies by placing your blocky-cube-men troops around the board and moving them tactically, or to use those same troops to capture more ground. You still have all the units that were present in the original game, but they are joined by a few new friends. There aren’t many of these new additions, but they really do shake up the game and add a lot of variety to the way you can tackle combat.

Outside of the campaign, Cubemen 2 comes pre-loaded with 20 maps for you to play on. While this doesn’t seem like a lot, within each of these maps you can change the way the game plays. One round can be a capture the flag, then after that you can play a straight up tower defense game, followed by a territory-capture based mode. In addition you can decide where the towers for each participant are, as well as the difficult and how many waves to challenge against. These options make sure that every round is unique and offers players a whole lot of bang for their buck. 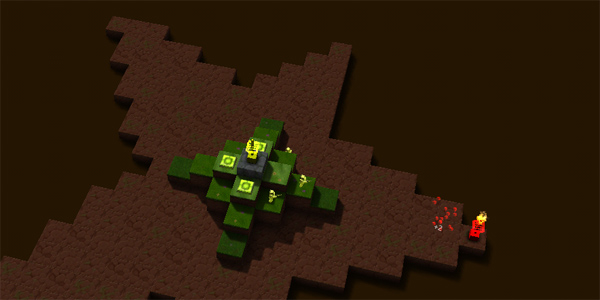 Facing off the AI is all well and good, but where the game shines is its incredibly strong multiplayer component. Every game mode makes allowances for more than one player, and it all works quite seamlessly online or over a local area. A lot of mobile games can sometimes struggle with going online and retaining a connection, but I didn’t face these issues with Cubemen 2. The game played seamlessly and just worked.

For those who aren’t satisfied with the twenty pre-loaded maps, or who have a bit of a creative streak, Cubemen 2 has got you covered. The game comes with a complete level editor that allows you to create, play on, and share your own custom maps. As you can share maps out with the world, you can also download and play on other player’s maps. This gives Cubemen 2 a near-infinite amount of replayability, as long as people keep making maps, or you keep coming up with ideas of your own. 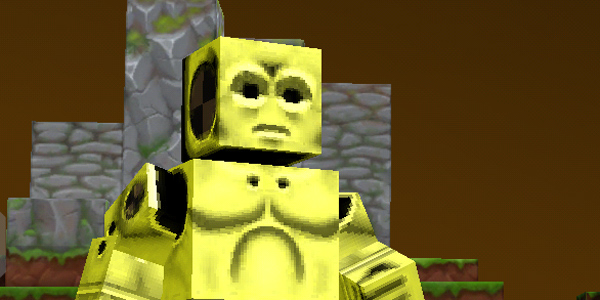 Unforuntately it is not all smiles and sunshine, as Cubemen 2 has a real problem, and it detracts hugely from the game. Cubemen 2 suffers from very poor controls. Playing on the iPad was difficult to say the least, needing to use tap, pinch, multitouch and swipe gestures to navigate around the game maps. These gestures and movements all seem like they should be intuitive and react with ease, but in practice this just isn’t the case.  Although the maps aren’t large, the constant need to change camera angles and even rotate the board different directions can be hell to work around. Also, sending your troops to the right square on the board can be a pain unless you are zoomed in close, in which case you will have to zoom back out as soon as you have.

Another problem that was frequently encountered was that the game didn’t seem very responsive to  gestures, sometimes a square was needed to be pressed three or four times before it would register what I was trying to do. These problems are bad enough on iPad, but when tackling the game on a much smaller device like an iPhone or iPod, they become a complete and utter NIGHTMARE. 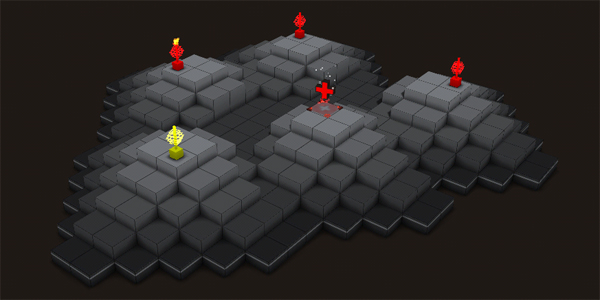 Like the original Cubemen, Cubemen 2 takes a very minimalist art style, with everything being solid colours by default. This minimalist style really separates Cubemen from the other tower defense games out there and makes it stand out as something unique and all to itself. It does away with the aestetic bells and whistles to deliver a true strategy gameplay experience. The audio follows this pattern, as there is only a little bit of music present (normally found in the menu screens), and simple “pew pew” style sound effects for the combat. Strangely enough, despite there being very little there in terms of art and sound, what is there works perfectly. 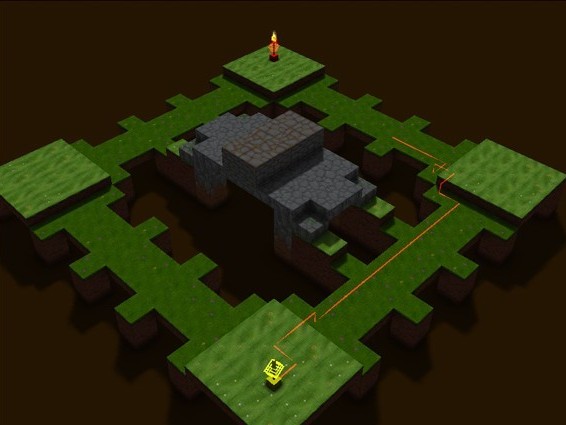 However if you aren’t into flat colours and basic shapes, Cubemen 2 offers a lot of texture packs to change the look of the terrain, and skin packs to change your cube-men.  the terrain textures are great and can really add some spice to the otherwise bland and boring battle grounds. The skin packs however, although varied (encompassing everything from zombies to terminators and all the way through to crash test dummies) don’t offer much more to look at when you are actually playing the game. The camera by default is panned too far back to really tell the difference between skins, and when you zoom in you lose sight of the game happening around you. 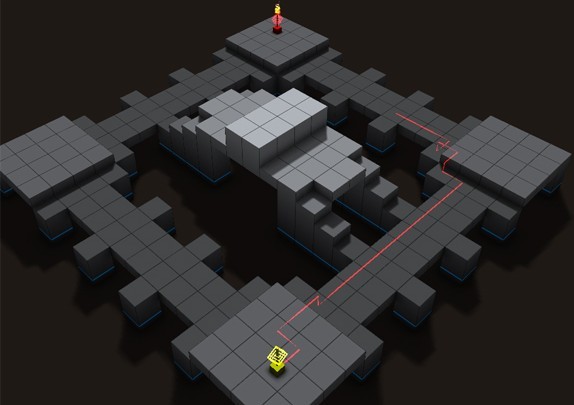 Cubemen 2 has a LOT of content. If you are into the tower defense or RTS genres and are looking for something you can pick up and play over and over again then this is definitely for you. With its in-depth gameplay and minimalist art style through to the custom level builder and plethora of visual skins and textures to customise the look of the game, there is a lot to love. However, the touch controls present on the iOS devices are a horrible experience that sadly does detract from all the good this game accomplishes.