Cube & Star: An Arbitrary Love is an indie game about exploration and colour. Players will roll around a grey landscape, spreading colour and life across the world. Along the way, players will discover the artifacts left behind by the ancient cubes that came before them.

The player is set on a journey to spread colour in the grey world. As colour is spread across the world, journal entries and coded historical pieces begin appearing. The plot is surprisingly dark given the game’s light and colourful nature. 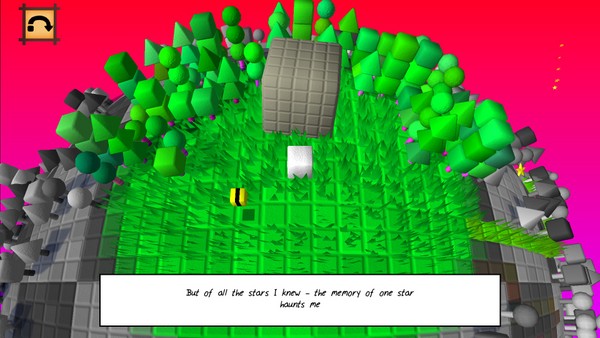 In the beginning, the player is presented with an entire world of grey, filled with trees and bushes with yet to be discovered colour. After knocking off the first bit of coloured fruit from a nearby tree, the player’s cube will absorb the colour and slowly release the colour into the landscape as they bounce around. The cube’s colour slowly becomes lighter as it seeps into the ground. As the land becomes coloured, the trees and bushes will assume their natural colour. When bumped, they release stars and more coloured fruit. Players can bump up against stone pillars scattered across the land to retrieve various gems. In the coloured land, journal entries, coded history snippets, ancient artifacts, and monuments that will bestow the player with new powers will begin to appear. As the world fills with colour, new and wonderful creatures will begin to appear, giving the world a feeling of life. The player can trigger the special powers to cause mass destruction or summon strange buildings that will spawn small little pyramid people. 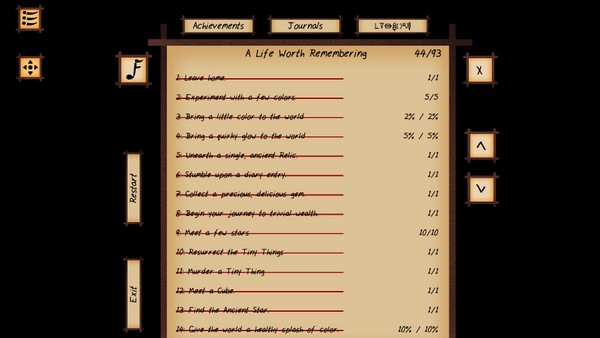 Cube & Star: An Arbitrary Love is a unique game. It is a digital cross between a Japanese zen garden and blank canvas with tons of paint laying around. The game moves at a turtles pace, encouraging more of a meditative state. Cube & Star: An Arbitrary Love is definitely not a game designed for those with instant gratification in mind, as something more action packed like the most recent iteration of Call of Duty may be a better pick. Cube & Star is much better suited as a vehicle for relaxation. The coded history snippets are a fun little mini-game that provide some background on the world. Players will need to crack a simple code to make sense of the history left behind.

The controls in Cube & Star: An Arbitrary Love are simple. The game supports controllers and mouse/keyboard. I found using the mouse to move the cube was the most awkward of the three control schemes. 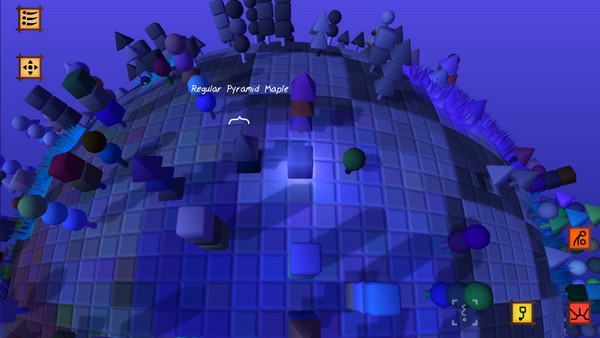 Cube & Star: An Arbitrary love has a simple visual style that suits the game well. The simplicity puts a greater emphasis on the colours that are spread around as the game progresses. The map is disappointingly low resolution and fails to convey the rainbow of colours laid down by the cube. Though the game is not graphically taxing, there are no graphic options. The game is forced to run in full screen at maximum resolution. 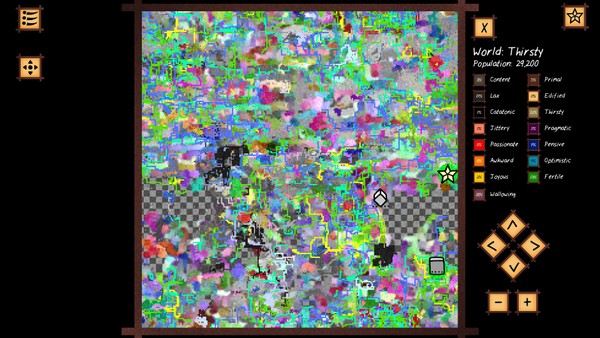 Cube & Star: An Arbitrary Love has a wonderfully relaxing soundtrack and syncs nicely to the player’s movements. The game’s sound effects become an extension of the music, as the cube bumps into trees and uses special abilities. Unfortunately there is only one song in the game, which can get repetitive after long periods of time. Certain parts of the game have are voice acted, in the sense that a computer generated voice reads out the script. I found it really jarring and out of place. The game would have probably been better off without the voiced parts. 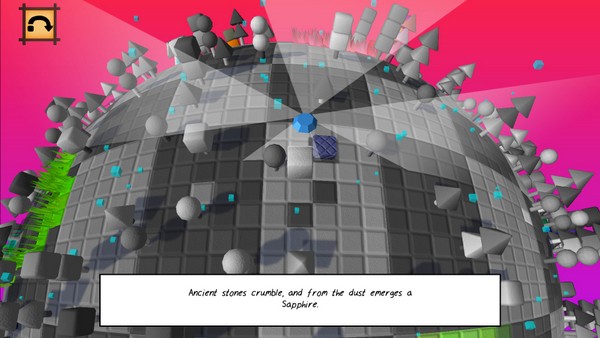 Cube & Star: An Arbitrary Love is one of those unique titles that could only be created by an indie studio. The game is the antithesis of the commercial video game. Cube & Star: An Arbitrary Love is played at a meditative pace. Instead of the perfectly polished presentation of commercialized games, Cube & Star explores a more artistic niche. It may not be a game for every gamer, but is definitely a must try for those looking to experience something new.