Remember cave flyers? Popular in the 1990’s cave flyers were usually based on a single screen, with two control inputs. Players battled it out, flying through a cave (hence the name, right?) and hopefully had some good old arcade-style fun. Regardless if you remember them, Finnish game company, Nordic Mobile Labs, remembers them. Their first title for iOS and Android, Crust, is a homage to the cave flyers of the past, hopefully introducing some new comers to the genre, and winning back some old fans at the same time. 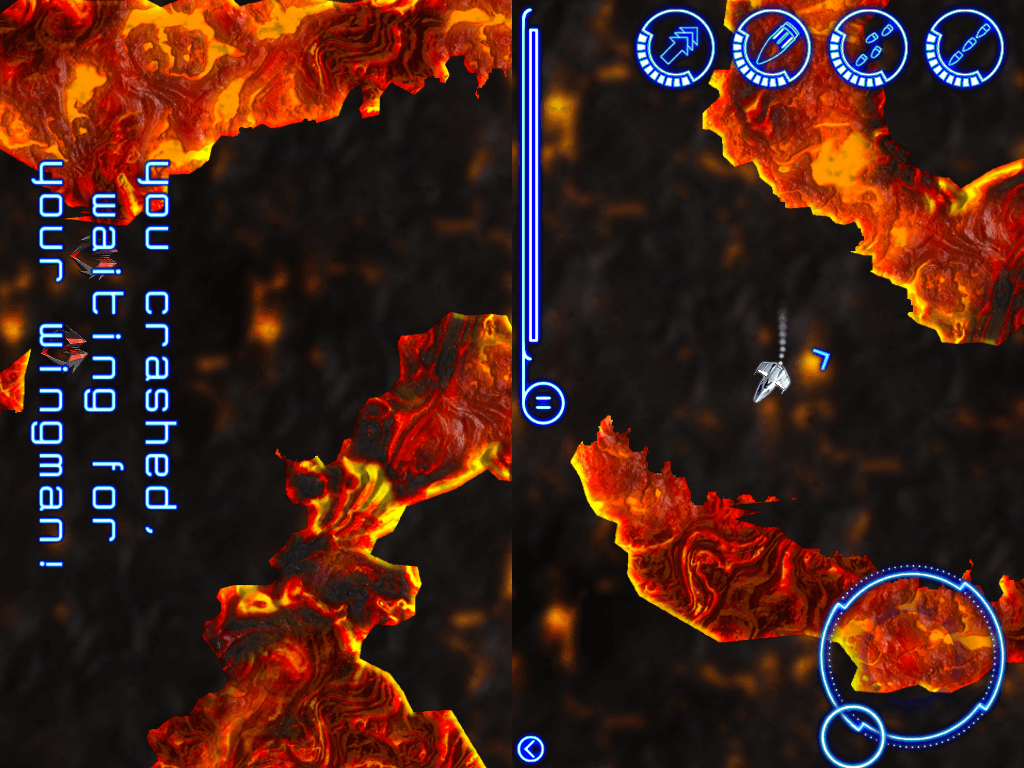 The basic mechanics of Crust are simple, fly around a cave in a space ship and avoid or destroy enemy ships. The interface is pretty straightforward, weapons on the right, virtual joystick on the left. I won’t lie to you dear reader, Crust is a difficult game. The story mode starts off easy (even easier if you decide to play the practice round before hand). There is a basic tutorial that explains how items like the tractor beam work, and what power-ups do what. Then you are introduced to enemies. Then, you are introduced to way too many enemies. There are nine levels across the game, each getting more and more difficult. Don’t get me wrong, it’s nice to have a challenge, my point is just that the learning curve is steep, especially for an iOS game.

Story mode is not the only type of gameplay. There are also some multiplayer modes, which is always fun to have a go at when the AI become too taxing to tackle. As I said, there is also a practice mode so you can explore the maps that you’ll encounter in story mode at your own pace. Within each mode of gameplay, there are three ships to pick from, each with their own strengths and weaknesses, a recon ship, a fighter, and a tank. Stats for each are based on weapons, shields, bonus and cool down. 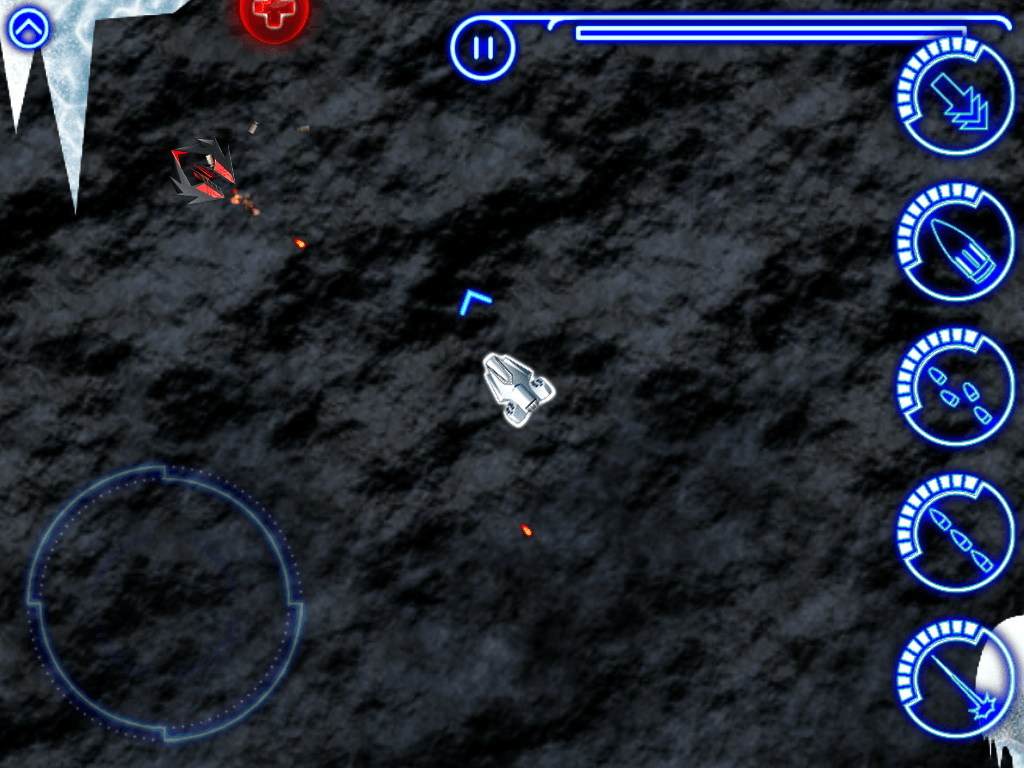 There are two options for multiplayer gamelay with Crust. The first of which, I am sure many people are familiar with, is online multiplayer. There are three modes to play across multiple servers, deathmatch, team deathmatch and bombing run. Don’t feel like getting your butt kicked, or there isn’t anyone else on the servers? Well don’t worry, Crust has you covered. Just like the cave flyer’s of old, there is a co-operative option, where two players can get their hands on the one device, and pilot two ships through story mode or battle in deathmatch. Having that other player certain does help on some of those difficult levels. The only problem is trying to play co-op on an iPhone can be a little tricky. The screen is so tiny, that trying to both look for tiny enemies within the cave becomes tricky. The iPad however, now there is some fun. Sitting across from each other at a café, next to each other on a plane or bus, hell, even in a lecture theatre with the volume off. The co-op mode for Crust was a serious win for me, although I am yet to play in any of those places, I now have the option. 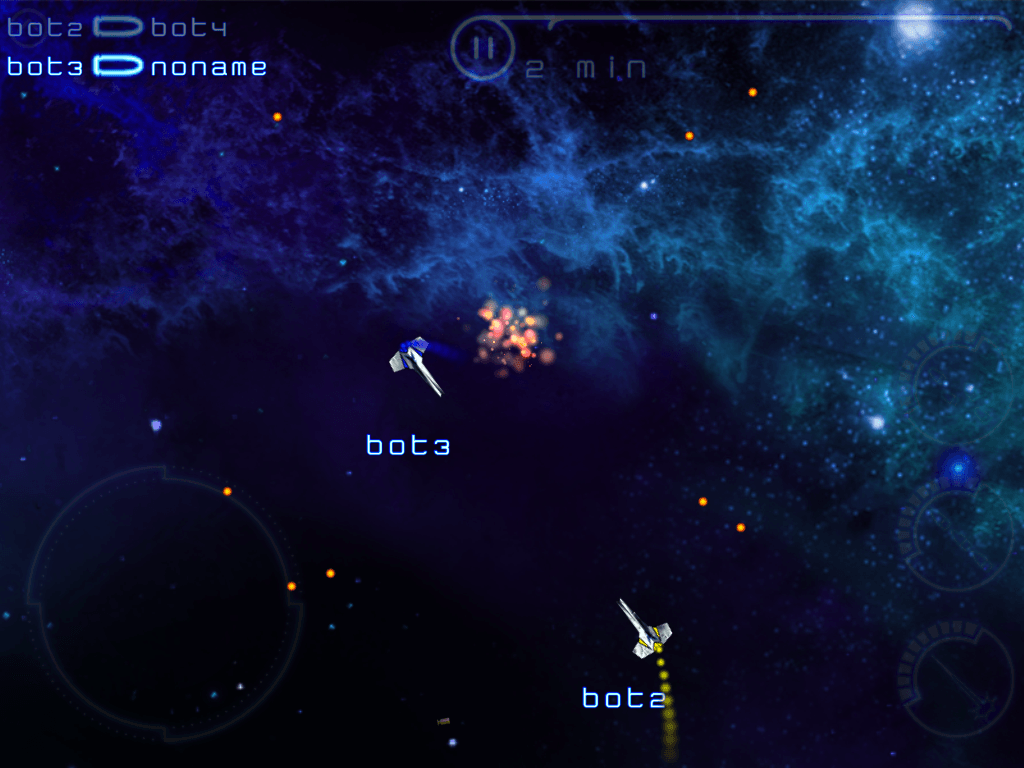 Crust keeps with the visual style of classic cave fighters. The design is very minimalistic, focusing instead of the construction of a navigable labyrinth rather than a scenic world. But it works. However, Nordic Mobile Labs have, unlike a lot of iOS games, decided to not use retro pixels. They take the design principles of 1990’s game design, and update it to take full advantage of both the iPhone and the iPad’s retina display. There has been obvious attention given to creating a unique series of maps, each different from the last, to keep the player engaged. The audio follows a similar fashion, of updated retro-aesthetic. The muffled radio signals, the hyperbolic explosions – this is definitely a game you will want to play with the volume on. 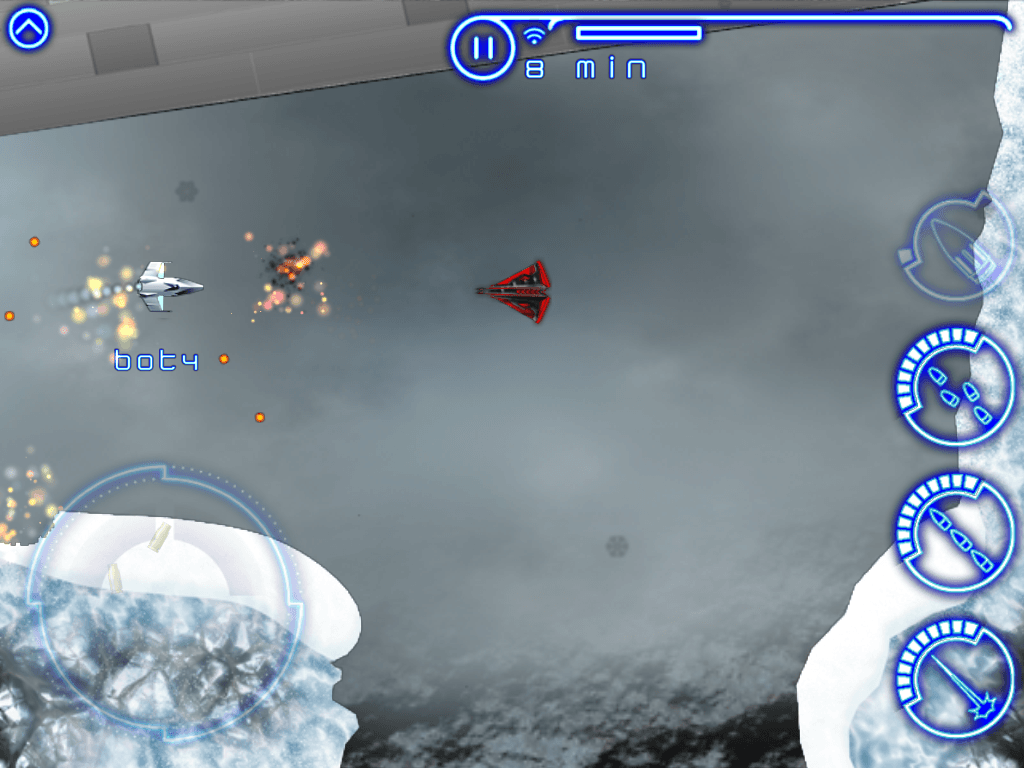 Crust is a difficult game. Getting blown up, and perhaps even the act of navigating map after map may become tiresome. Of course, there are always multiplayer modes, if that is your sort of thing. Despite the gameplay being slightly repetitive, it is an ambitious effort from newcomer iOS developers Nordic Mobile Labs. The game is well designed, and I really enjoy the co-operative element using split screens. If you don’t think it’s worth the small price of $2.99, then at least download the Lite version, Crust is surely worth a moment of your time.