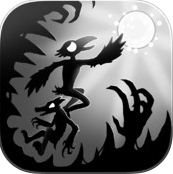 There are so many games floating around that try to turn different genres on their heads and they don’t “reinvent” them but they do put a nice spin on them, they make it their own and, in some big cases, they make the genre work for the game instead of the inverse which I find to be an incredible feat and one that doesn’t often come about. Crowman And Wolfboy is a platforming/puzzle game that has a beautiful art style, a very in-depth story and a almost perfect pacing, I would consider it to be one of those games that makes the genre its own and pushes it to the absolute limit yet keeps the game simple enough for an audience to be able to pick up at any time and play. Clearly I think highly of this game already but allow me to further explain why it is I like it so much. 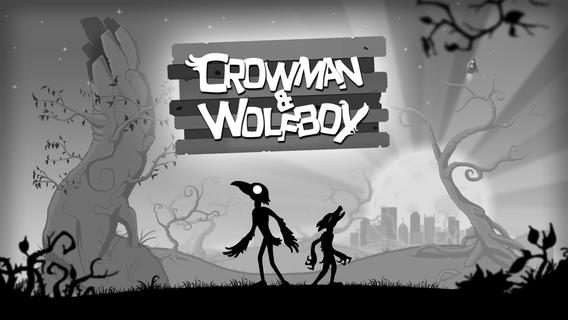 It’s funny to think that such a seemingly simple iOS game like this has a fairly deep and highly meaningful story that will really get players thinking but it does and while its is not always highlighted, it is definitely always present during gameplay. You, as the player, take control of two monsters that work almost as one entity; Crowman and Wolfboy, these two “things” live in a dense and dark forest that is thick with the eerie fog of evil and populated with nothing but other monsters and devilish beings that even scare them. The two friends become sick of living in such a depressing environment and it’s slowly killing them inside, they find a flyer for a city that boast clean air and happy people, the two monsters set off for the city but the other “citizens” of the dark forest don’t like the idea of them leaving and give chase, this is where the game begins.

As you go through the game you are constantly chased by a wave of darkness, which I will get into more in the “Gameplay” section, and one wrong move could land you in some deep trouble. The two creatures must continue running, always fearing the envelopment of darkness that is coming their way. I love the metaphor of running aware from the negativity yet no matter how fast or how hard you run it will always be there, lurking and chasing. Throughout the game you come certain power-ups that, when obtained, give off a light that turns the grey and black environment partially coloured, the game basically tells you that the stronger you get and the more you run brings you closer to the bright new world you wish to live in, I find the layers of meaning and thought put into the game to be wonderful. 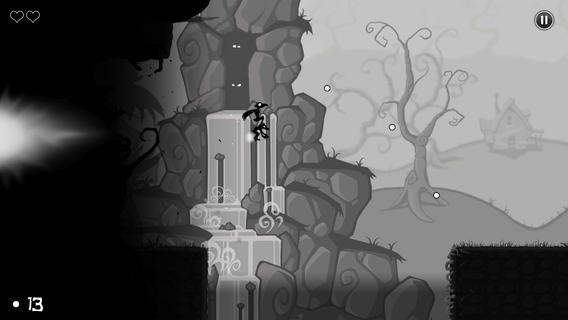 Crowman And Wolfboy plays fairly simply; you run across an environment, you swipe up to jump, down to land quickly, you collect orbs to keep away the darkness and you try to make it to the finish line before you get eaten. That there is the most basic way to explain the fundamentals of the game but the great thing is that there is so much more to it than just that. Obviously the obstacles become more and more difficult as you go into the game which is great but the progression of difficult is not sharp nor is it steep, it is a nice gradual and the learning curve is a nice slope that lets you quickly get a feel for a level as you progress through it. There are small acheivements at the end of levels that I would compare to games like Angry Birds which use three stars as a 100% complete indication, so to speak. Finishing the game with full hearts, having collected all the big light orbs and saving the baby creatures you find throughout levels will earn you nothing but bragging rights but it is still a nice addition that leads you to replay certain levels in the hopes that you’ll get it all this time around. 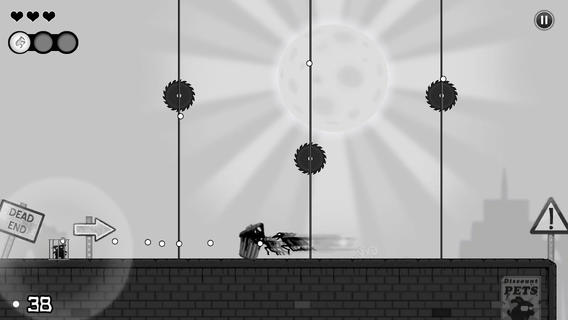 Something I found to have been done fantastically is the pacing of power-ups within the game; some games have several tutorial levels wherein which you’re given power-ups as you go through them, some games space out power-ups to the point where you feel as though it is not worth heading to the next levels because they’re too hard to get through to get the power-ups anyway, this game does it almost perfectly. There really isn’t a layout for when you get power-ups but it seems like whenever you’re ready to put the game down it gives you another ability to use within the game. Power-ups and abilities like swiping forward to slash thorny bushes or swiping up while flying to flutter and stay airborne just that extra second longer, they all have their specifics. I think they’re great and the fact that they relate to the two characters you’re using makes it even better, it’s almost like they’re learning as they go on their journey, it’s a very nice touch. 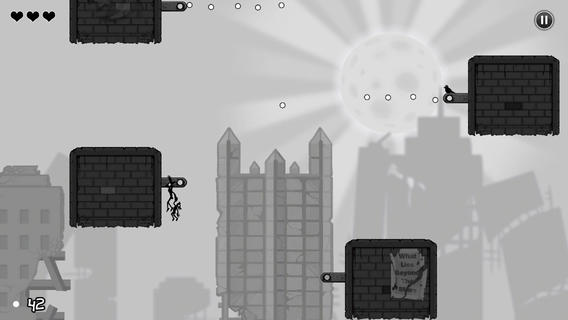 These two aspects happen to go hand in hand in this title, more so than a great deal of games of this type that I’ve seen in the past. The style of the art is incredibly dark and desolate with only shades of white and black used throughout most of the game, the fact that you only see colour at certain critical times gives the glimpse of colour an extra level of beauty to the game. It focuses very much on it’s environments and I think they were done fantastically, you do get a bit tense while playing with the sound on because the music isn’t booming or even that loud to be honest, it’s almost like it is…lurking, if you can understand what I’m trying to explain. This is where the audio comes in; it’s beautifully dark yet that is conflicted by the sparkling and music note-like sounds of collecting light orbs. The deep and creeping piano is interrupted by the, almost electric, sounds of the collection of light orbs which keep away the darkness is so brilliant and I really can’t get enough of this game. The art direction within it is brilliant, simple as that. 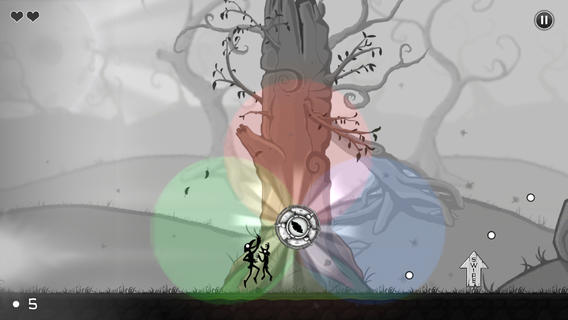 There was really no bad aspect of this game, yes I understand that there isn’t any unlockables so going through levels trying to get everything gives you nothing to show for it but there is a great level of satisfaction within doing so and considering how well-rounded the game is in general I honestly can’t see why a player would not come back to try his or her hand at a level they have already completed. It really doesn’t leave you wanting more out of it and it works well for those of you who are platformer-lovers or more puzzle-minded. I think it is a great game that anyone can enjoy and it’s free so what exactly do you have to loose by getting this game. Crowman And Wolfboy takes you on a journey where light must overcome dark and if you can’t enjoy that than I don’t think you’re human. 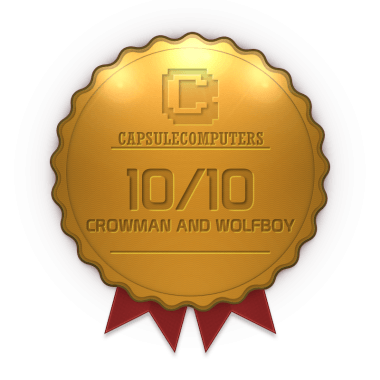