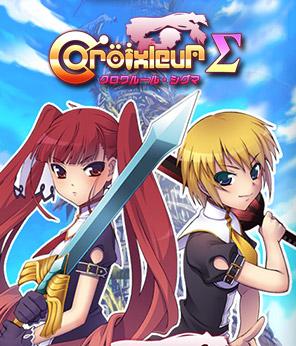 Overview
It’s taken a while but the venerable Steam platform for the PC is finally playing host to a range of Japanese titles. I don’t mean the multiplatform heavyweights like Resident Evil and Dark Souls but little gems, thanks to the Greenlight program, from Japan’s vibrant indie or “doujin” scene. There’s a whole world of creative shoot ’em ups, RPGs and visual novels out there on the PC that many of us Western gamers haven’t even heard of.

The bizarrely-titled Croixleur Sigma is one of the latest Japanese indie titles to hit Western PCs as an upgraded version of its predecessor, Croxleur. The revamped Sigma promises a new character, new modes, improved graphics and new music. How does it stack up as high-speed, hack ‘n slash title at a budget price? 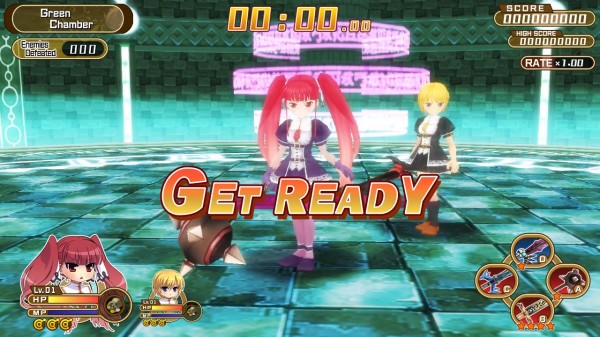 Story
Make no mistake, Croixleur Sigma is a game built primarily on arcade mechanics. But like many arcade-style games that doesn’t stop it from having a Story mode. The game is set in the Queen’s realm of Ilance where, unbenownst to the Queen, her two loyal factions known as the Knights and Aristocrats vye for supremacy.

You play as either the feisty Lucrezia Visconti or the proud Francesca Storaro whilst taking on the Adjuvant Trial, which is essentially a set of stages with branching paths, character conversations and multiple endings. Lucrezia and Francesca are childhood friends who put aside their past connections and compete as rivals. As you progress up the tower, the enemies become more difficult and the challenge intensifies. 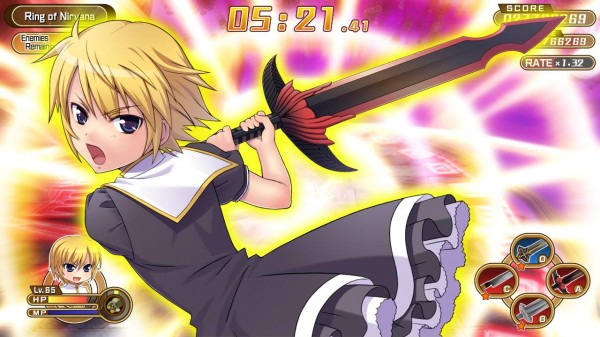 There isn’t a lot of meat in the plot and although the interaction back and forth between Lucrenzia and Francesca is amusing (the voicework is nicely done), you won’t find much to pick apart here aside from the crazy and inventive names.

Gameplay
It’s no coincidence that the first thing you see when launch the game is a disclaimer telling you that a gamepad is highly recommended. Using a keyboard isn’t very fun and you’ll find that hammering the default keys such as Z, X and C are far from intuitive.

Once you plug in your gamepad and before you even whack your first enemy you will notice the clock. You have fifteen minutes to beat the game or it’s game over. It’s also game over if you die from the increasingly challenging waves of enemies as you progress the tower. There are boss stages of course, appropriately red and oozing with the threat of imminent death. 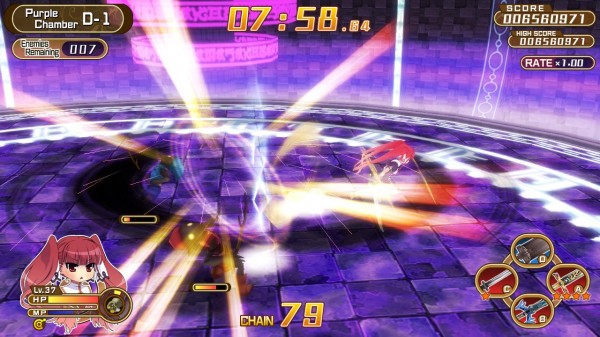 There’s buttons for your standard attack, jump, dash and special attack. Special attacks are governed by what weapon you hold out of a total of four. These can be found fairly easily as you kill more enemies which also drop silver and gold coins that charge your special attack meter. Enemies vary between melee, flying and spell-casting with different coloured versions of each representing the AI difficulty. Harder foes attack quicker and take more hits to defeat.

Surprisingly, this turns into some really fast-paced combat once you reach the higher difficulty areas and you’re trying to dodge potentially fatal hits. Combine that with attack collisions and temporary invincibility when dashes are timed right and you have a battle system that has more than meets the eye. 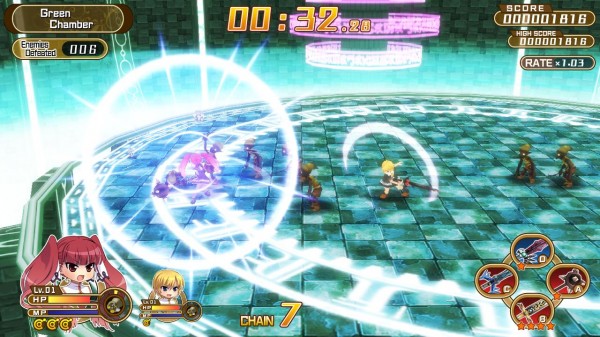 Your character also levels up but it’s not persistent, limited to the current playthrough and not as noticeable as I would have liked the effect to be. Your character doesn’t exactly have stats as in an RPG, for example, and so what exactly gets boosted isn’t too clear.

There are five modes on offer such as Story, Score Attack, Survival, Challenge and Bonus modes as well as 20 weapons with varying special attacks to collect. Even better they’ve included two player local co-op in case you need a hand in dealing with the challenge. 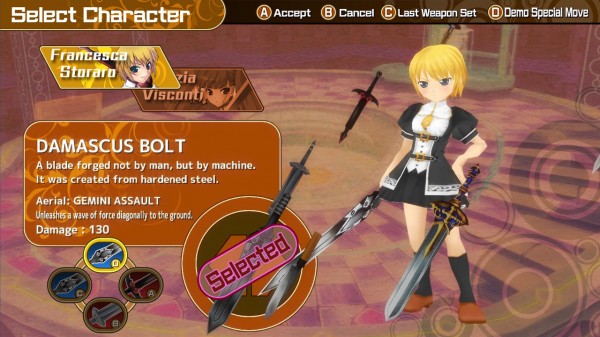 Croixleur Sigma sort of reminds me of a Ys game in a fixed arena without the RPG elements and party members. But the addition of basic combos strung together with fighter-inspired moves like rapid cancels and the aim of clearing each stage as efficiently as possible turn it into something a little different.

One issue I encountered was that the game doesn’t support alt-tab, crashing to a black screen when you attempt to go back. This isn’t that big of a deal but I’ve had the game crash a few times and losing my progress after I accidentally alt-tabbed the game in the mad button mashing while using the keyboard.

Visuals
For an arcade indie game, Croixleur Sigma doesn’t look that bad. If you’re familiar with games like Ys then you know to expect a basic graphics engine but with some really bright and colourful designs. Along with well drawn character portraits during conversations, Sigma is pleasing to look at.

The fact that it’s on PC also means you can enjoy it in 1080p with 8x Anti-Aliasing. There’s just enough here to make a game look attractive as you dart around an arena slashing away and dodging attacks. 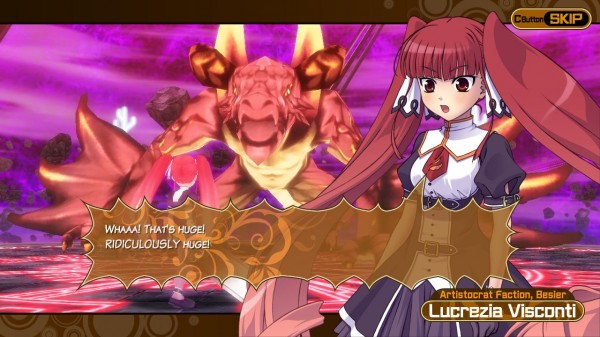 Audio
I don’t know how they do it but even the most basic of Japanese games have fun and catchy music. Combining synth with rock, the soundtrack here keeps you pumped as you dart around the screen and you will be reminded me of the classic JRPGs that you grew up with.

Unfortunately, music variety, much like enemy variation, is scarce and you’ll be hearing a handful of tunes, albeit really cool ones, over and over again. Character voice work is all in Japanese and it sounds tenacious and well done. 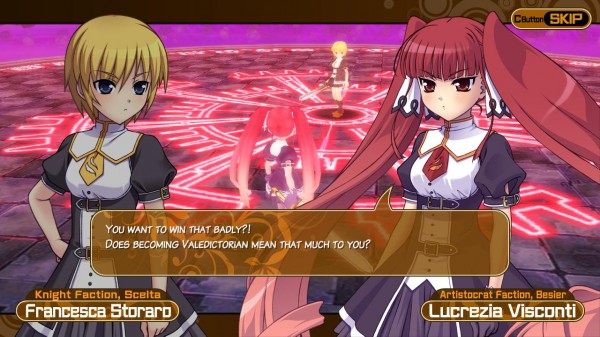 Overall
The lack of variety and creativity in enemies, who mostly just change colours, is a little disappointing and while enjoyable in its simplicity, and difficulty, you will find yourself moving on to something else sooner rather than later.

But for the cheap price of $7.99, it’s hard not to recommend Croixleur Sigma for its great value. It’s fun in short bursts and it’s not to say no to some of that blistering-quick, Japanese brawler fix.