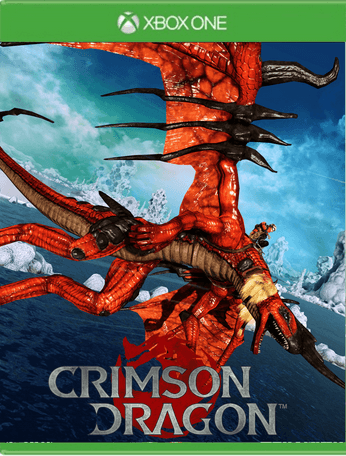 Overview
Crimson Dragon has had quite a lot of history behind it. First it was called Project Draco when it was revealed as an Xbox 360 Kinect title. After a bit of silence, the game resurfaced with a new name as Crimson Dragon only to go silent for over a year with only the occasional leak or a demo being uploaded and almost immediately taken down. Finally by the time the Xbox One was set to launch, Crimson Dragon was revived once again as a launch title and now that it has finally been released, was it worth the wait?

Story
The story of Crimson Dragon takes place on a planet named Draco, where humans have colonized the planet and are trying to survive despite the fact that not only are there many creatures out there trying to kill everyone, but a virus called Crimsonscale spreads rapidly amongst the populace and almost everyone infected with the disease ends up dying. 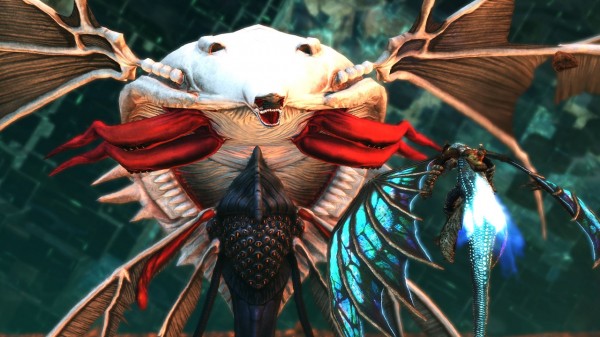 The story is told in little snippets between missions and before certain missions begin and every one of them involves either slaying creatures that are infected with the disease, gathering beacons for information, clearing a path by killing enemies or fighting against a giant boss dragon. The story is, to be blunt, boring and unimaginative as it pretty much just gives players a reason for what they are doing and although it is meant to be structured to tell a storyline, players will quickly find themselves ignoring the story in favor of the game itself.

Gameplay
Players have the option of starting the game either on a simple difficulty where things are a bit easier and while players aren’t exactly punished for choosing this option, there are also a number of bonuses available for playing on the harder difficulty mode called “Classic Mode” or, since this is post-patch, the absolutely punishing “Insane” difficulty if they really want a challenge. 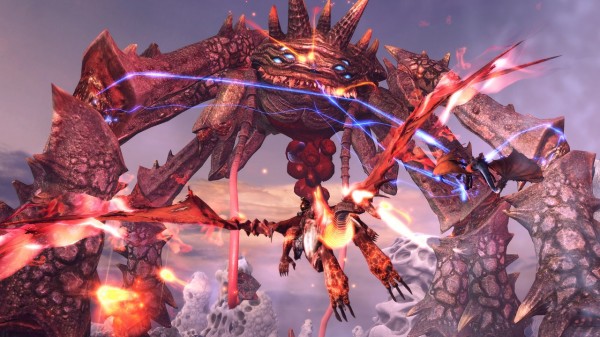 Now Crimson Dragon is created by the same people who worked on the Panzer Dragoon series and as such, it follows the same type of play style of being a mostly on-rails shooter where players will control their dragon by moving them around the screen with the left analog stick, aiming with the right stick, barrel rolling with the bumpers, changing attacks with the left trigger and attacking with the right trigger. While this also sounds fairly simple, the game will quickly let you know that it is far more than that.

The game’s difficulty even on Classic is quick to punish careless players as even the smaller enemies that you will encounter along your flight path can be quite dangerous and will take out large swathes of health if you do not dodge their attacks. Each mission is broken into different mini-missions which can be anything from collecting beacons, floating items that the player must fly into to gather while avoiding the landscape and enemy fire, killing enemies as fast as possible, killing as many enemies as possible, or avoiding damage. These mini-missions are then graded and compared with scores your friends have obtained on the same mission, and the scores are collected together at the end of the level with a final grade. 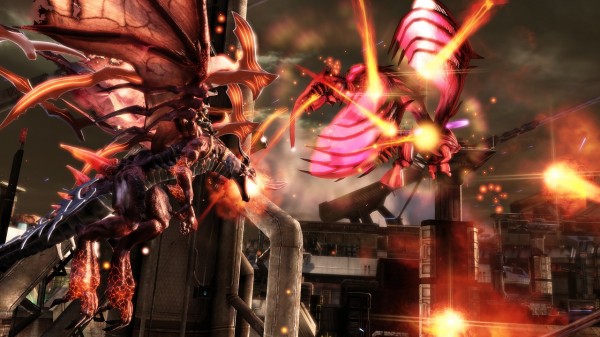 It is highly recommended that the player revisit older missions and attempt to complete theme again as not only is it better to receive higher scores, but their dragon can also grow in strength and acquire items when defeating an entire flock of enemies, which will make some later levels easier. While this can be seen as level grinding, it really isn’t that much of an issue as the actual gameplay of Crimson Dragon can be exhilarating and enjoyable when it works right as players will be taking on numerous foes with all different kinds of attacks and they can even hire a wingman to fly alongside them and assist with the mission.

Of course, there are also the big boss battles that I mentioned earlier, which gives the player free flight control which allows you to fly as you wish while facing off against a giant dragon. These modes are incredibly difficult to control and the flying mechanics do not work well in these battles. In fact without the help of an adequate wingman, these missions might seem impossible as the camera continually provides the player with poor views of weak points and makes the controlling issue that much worse. 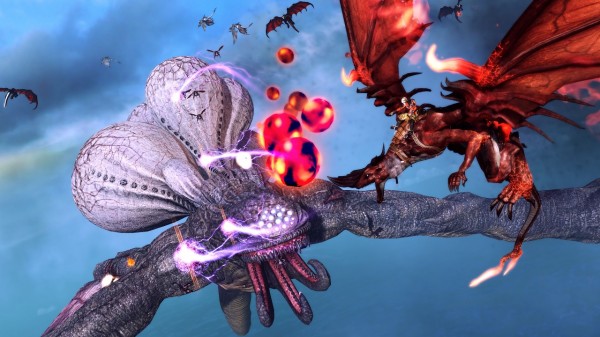 Outside of combat players have the option to visit the Dragon Roost where they can take care of their dragon by feeding it items to either provide it more experience points that can allow it to level up and become stronger faster, or teach it new skills that can be used to kill enemies in battle. It is also possible to evolve your dragon three times or change the element type if you have the proper items. Though, once your player level is high enough, you can also choose to purchase a new dragon with in-game currency or some microtransaction currency.

Jewels can be purchased with real life money but thankfully they can also be earned by obtaining medals in missions, which require meeting certain goals and you can buy almost every item and dragon in the store with in-game currency which can be obtained simply by killing enemies and finishing missions and never throughout playing the title did I feel a need to purchase anything that couldn’t be bought with some minimal money grinding.

There is also the multiplayer aspect that has now been added into Crimson Dragon, though it is a bit difficult to actually find people to play with already which is disappointing. There are competitive and co-operative modes to play with random people or with your friends which help extend the game a bit but not too much given the limited online community.

Visuals & Audio
Despite being originally developed for the Xbox 360, it is clear that the game has been given a lot of shine to make it look great on the Xbox One. While some elements may look a bit disappointing if examined on their own, Crimson Dragon paints an incredible picture when taken in all at once. There is incredible detail in every rock formation and piece of fauna that you will fly past and the game also sports a rather large draw distance that allows the player to see far away threats and even lock onto them to try and attack at a distance ahead of time. 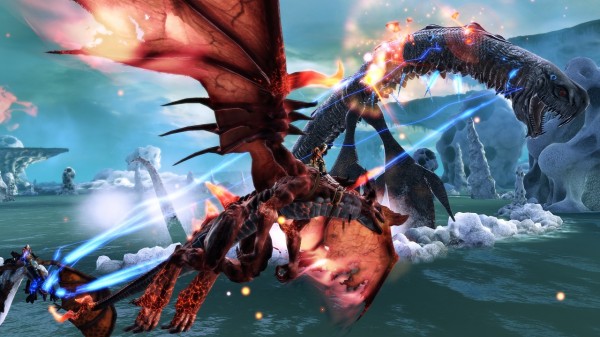 As far as the game’s voice work goes, it is bland but not terrible; however it is very forgetful due to the poor story that accompanies the game as no one really stands out. Thankfully the game’s soundtrack sports excellent sounding background music that makes each battle feel like it is taking place on a grand scale and makes even the most repetitive missions worthwhile.

Overall
Since releasing a patch that helps add multiplayer and an even more difficult option for players who want to punish themselves, Crimson Dragon offers a highly enjoyable gameplay experience that is weighed down by a poor story trying to tie it together and abysmal free flight controls. That being said, much of the game plays like the on-rails shooter that fans of the Panzer Dragoon series have long hoped for and Crimson Dragon certainly delivers.