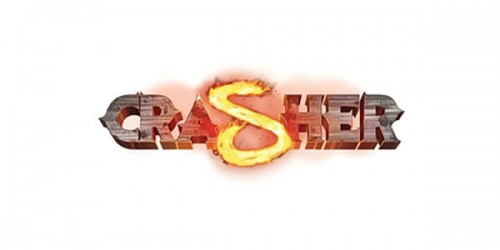 Crasher is a game that wanted to be good. It took the MOBA (Multiplayer Online Battle Arena) genre of League of Legends, Heroes of Newerth, and DoTA Allstars and added fast cars, explosions, and sci-fi gravity weapons. Sounds like a winning combination, right?

But poor user interface design, painfully useless control schemes, and more bugs than Paris Hilton’s crotch have successfully brought what was potentially an innovative addition to the MOBA scene to its knees, and as is always the case with a MOBA, the community is what will deal the final blow.

Or should I say, lack of community.

Story:
You want a story? Go read a book. MOBAs are about crushing people in PvP, grinding their bodies to dust, then insinuating things about their mothers that would make a Mexican donkey blush. The story in this game goes a little something like: “See that guy? Kick his ass.”

The game looks… decent. The graphics are okay. It looks fine, acceptable, alright, and passable.  The game takes place in 4 different maps, each of which are varied enough to keep gameplay fresh, and some of the attack animations can be pretty mind-blowing, but all in all its appearance is entirely average. To quote Futurama, “I have no strong feelings one way or the other.” 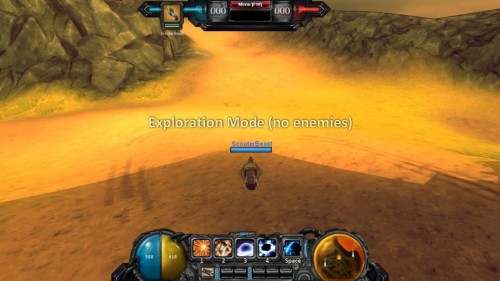 This is the first thing that struck me about the game, and it struck me like a punch in the ear. From the very first note of an extremely repetitive score, I was supremely annoyed by this soundtrack. Featuring synth-heavy percussion occasionally punctuated by a whistling melody, I have never heard music be so mind-numbingly dull and yet so rage-inducing at the same time. It’s like somebody took Polly Shore and turned him into a song.

Outside of the god-awful musical numbers, the audio mostly consists of explosions and revving engines, sometimes accompanied by the “SHINK”-ing of bladed weapons and even a “PEW PEW” or two. Maybe I was just glad to have something drown out the demonically screeching soundtrack, but the sound effects seemed well done. Not that they’re going to win any awards for it, or anything. The sounds play at the right time and sound close enough to how they should, what more is there?

There’s a slight problem with gameplay I should bring up before we progress: Playing this game will be more difficult and time consuming than eating a bicycle, and about as painful a process. Mind you, the game isn’t hard, but getting to a point where you can start a game might take you an hour. Why? Because nobody plays this game. 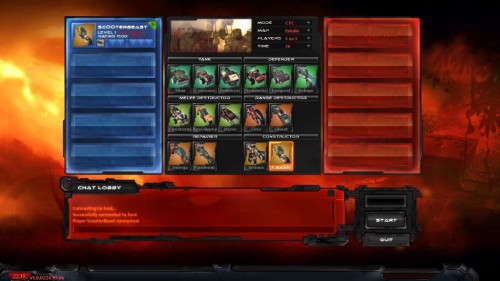 For being a multiplayer-only game, it sure lacks a multitude of players. I have seen, at any given time, perhaps a maximum of 10 to 15 players online, which made it nearly impossible to review this game in the first place, especially since there is no way to play against AI players in any kind of practice game. In a game where 5v5 arena matches are meant to be commonplace, only having 10 players online creates an obvious problem. This isn’t really a problem inherent to the game itself, but rather a problem with the way the game was marketed.

Let’s compare it to the launch of another MOBA, League of Legends (LoL). Long before LoL was released, beta codes were given out at conventions across the country, playable demos were offered, and invite rewards were doled out. Before it ever came out, LoL had a thriving community, due to the developer, Riot Games, marketing it like hell. How did Crasher get marketed? I have no idea, I never even heard of it until I was asked to review it, which probably means it was not marketed anywhere near as much as it should have been, and it shows. Just ask any of the 30 people who play it.

But let’s ignore the lack of players, and proceed to the game itself; you’ve gotten a few people in the same game room, what now? The game offers 15 cars in 6 categories: melee destructor, ranged destructor, tank, constructor, defender, and repairer; and you have to pick one. It can be confusing at first, as each car will have 4 unique attacks or abilities which allow you to destroy your enemies, help your friends, and create tactical advantages, but after a few games you pick up on at least the general idea of what each class of car can do. The balance is a bit off, and some cars are more powerful than others, but these are problems that are often only corrected by trial and error, over time. This being a brand new game, I won’t put to much weight into balance problems.

Congratulations, you’ve started a game! Lets see if you can- oh, look you bugged out, and the game is now unplayable. I’d say that 1 out of every 3 games I played ended with at least one person unable to move, being locked into an attack animation, or simply getting kicked from the game. Along with a number of graphics bugs, lag, and general tomfoolery on the part of the game’s code, you’re never sure when the game will decide it has taken a sudden, unexplainable dislike to you, and will boot you unceremoniously from the game you just spent a full hour trying to join. 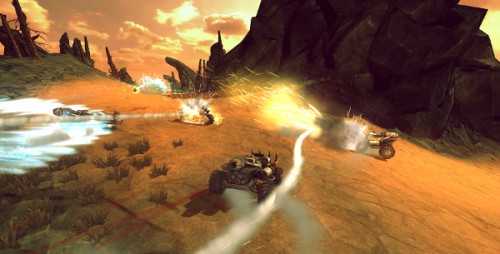 Gritting my teeth and trying again, I eventually started actually playing. The control scheme isn’t the best, but it’ll do, consisting of steering and aiming attacks with the mouse while using WASD to accelerate and strafe, while attempting to select abilities. As of now, there are 2 game modes: Territory Control, a straightforward territory capture game, and Battle Arena, a straightforward battle. According to the “tutorial” (a single screenshot), you can earn experience, level up, and earn new gear for your cars by winning games, a process that will take you an immense amount of time, not only because of the staggering wait between games but because of the advantage that higher level players will have over you. This isn’t a slight boost for them; no, these players can crush you with a thought, a balance issue that I WILL harp on because it is something that should never happen, and that will slow the pace of leveling down to a crawl. I spent several hours playing, and never got passed level 1.

The game might be fun, but I’ll never know, as attempting to play it through the filter of uninspired and nearly unusable UI, numerous bugs and glitches, and dubious wait-times is a similar experience to eating a pie that has been covered in excrement; sure, the pie might be delicious, but it’s just not worth getting through all the shit.

I guess my final verdict will be this: if you want to have fun, don’t play this game; at least not until some bugs are fixed and some people are actually playing. Unless the game suddenly spikes in popularity, I’m afraid I’m going to have to declare Crasher doomed to the mountain of failed online games.

Sadly, Crasher crashed headlong into a brick wall, forcing me to give it