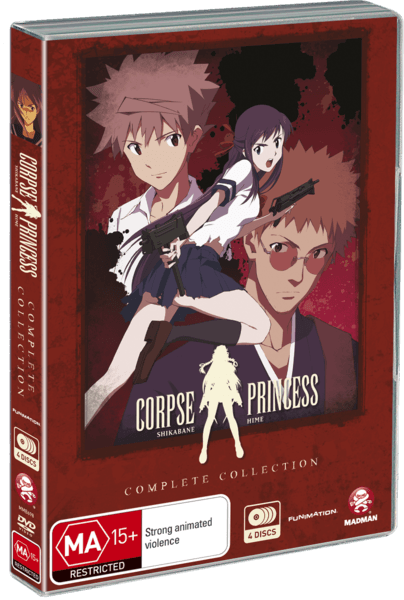 What if you regretted something in your life so much that you just could not let it go, even after death? What if it was possible that these regrets were so strong that you could essentially come back to life in order to fulfill them? That is what, essentially, a Shikabane is. Someone with such a powerful regret that they have not been able to pass onto the next life.

Shikibane Hime are essentially undead women who must battle with Shikabane with the assistance of their Kougon Sect monk masters. Upon reaching 108 Shikabane kills, they are finally allowed to leave this world and get into heaven. However for Makina, this is only secondary to her primary objective – defeating those Shikabane responsible for the deaths of herself and her family. 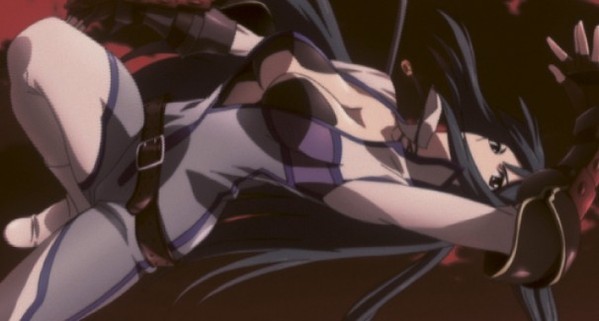 When people die with really strong regrets, there is a chance that their bodies will not leave this world. People that end up like this are known as Shikibane and they are powered by their strongest and most unresolved regrets. To battle these are a monk sect known as the Kougon Sect that work with undead warrior women known as Shikabane Hime.

What makes this story so interesting is that not only do each of the characters have their own motivations for hunting down Shikabane, or working within the Kougon Sect, but they all have such unique personalities. For example, the main characters older adoptive brother is a massive goofball with a serious side to him, whereas his Shikabane Hime is incredibly focused and dangerous. 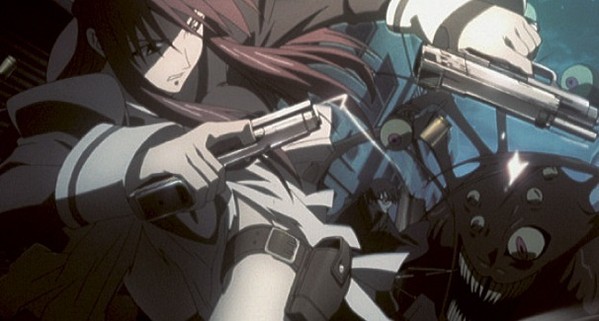 The series initially feels like a monster of the week type of deal, which is something that I was pretty okay with because there did seem to be some kind of underlying story waiting to be told, but after a few episodes it seemed to have switched into a more arc-like story. Honestly speaking, I much prefer watching series that have a story arc over monster of the week types of deals. I feel that this series has benefited from switching the formula by the second disc.

What really makes this series great though, is the fact that some bad things happen and there are consequences on the characters for getting it wrong. In one episode we see this really clearly when the Shikibane Hime Makina loses her arm. There is also a much stronger example in the series, but I wont go into that here.

Visually speaking, Corpse Princess has some pretty cool looking visuals. The art style is typically Gainax whilst also carrying some rather fine touches in visual quality and fluidity in animation. 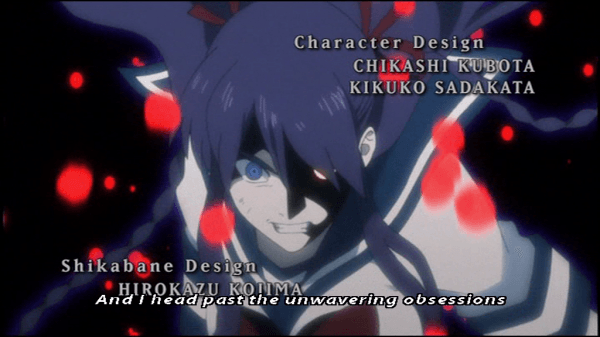 In this series, each of the characters look fairly unique which makes identifying them much easier. For instance, no two Shikabane Hime look the same. However, there is an exception to this rule in relation to some of the lesser characters in the Kougon Sect. I’m pretty sure I saw the same bald-headed monk three times in one scene.

As an Anime series with a focus on action and monsters, these things must be represented visually within the series. And I must say that all of the action sequences are not only directed wonderfully, but are also incredibly fluid. There are also a bunch of pretty gross looking things happening in some of the sequences, like this one guy has captured a whole bunch of souls in a cube thing and uses parts of their bodies as shields, weapons and the like.

This is definitely a series where visual quality has been a large priority for the producers and it really shows. Fans of quality will definitely want to check this series out.

Beautiful Fighter is easily one of my now all time favourite anime openings. Having that opening theme for this series was brilliant and set the tone of each episode beautifully. Not only that, the first ending theme was incredibly awesome but was followed by one that didn’t quite sit right with me. Sadly this is the case with most anime ending themes and is not a case that I particularly enjoy.

I think I’ve mentioned this in previous reviews, but the dub track in this series had a kind of tinny-sound to it. It’s hard to explain, but it’s like there was this subtle grinding on the end of each word. It’s not a deal-breaker by any stretch, it’s just really weird having that there if you can notice it. 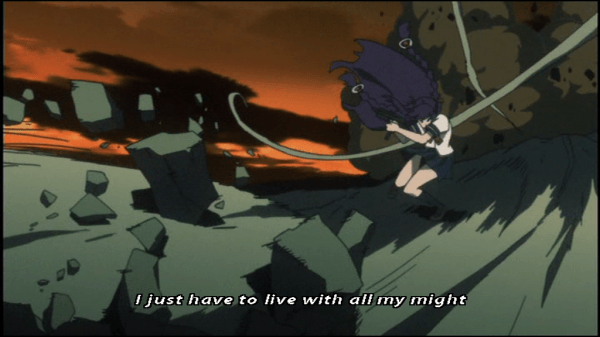 What was actually really impressive with both the dub track and sub track was that the characters sounded like an accurate representation of each character. Although, I will admit that even if the dub doesn’t quite match up with the subtitles at times, it is still an enjoyable experience.

Overall the audio quality in Corpse Princess is a fairly solid deal. It isn’t revolutionary or groundbreaking, but for the kind of story it is – it doesn’t need to be.

What’s really great about Corpse Princess Shikibane Hime Complete Collection is that it comes with some pretty solid Special Features. The special features include commentaries, trailer and textless endings and openings. Whilst this may seem standard to most anime fans, it feels as though most current releases have been neglecting things like these. 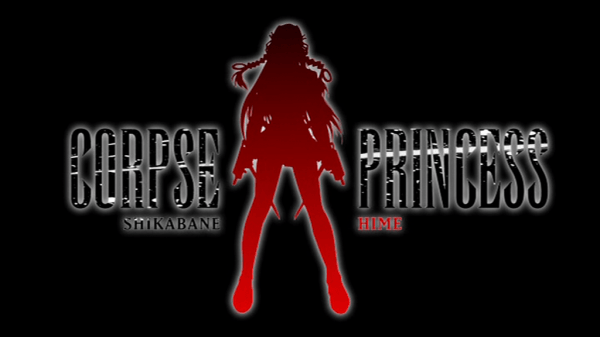 With the commentary, you can listen to various cast members give out some interesting and entertaining spiel surrounding the show and working on it. Commentary tracks are always a great addition to shows and the tracks on this anime exemplify that.

And that just leaves the opening and closing clean animations without all the text and trailers. Not really much to talk about with these, the animations are quite good and worth the watch. The songs are awesome too. And lastly, trailers! Trailers are trailers, I don’t know why but I always seem to watch through them.

Corpse Princess Shikabane Hime Complete Collection is an amazing package over an amazing series. Whilst it is not a work of art in any stretch, it is incredibly detailed and fluid that it doesn’t really matter. The show is also able to provide a fair amount of feels throughout the story which is always a plus for me. Anime fans will not find any regrets in purchasing this series.