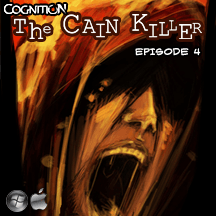 Overview
The past year has been quite the exciting rollercoaster as the previous episodes in Cognition have been released. We first began with our main character Erica Reed when she experienced the tragic death of her brother Scott in Episode 1: The Hangman. Then we discovered that more than one particular serial killer was on the loose in Episode 2: The Wise Monkey. Episode 3: The Oracle opened our minds to disastrous truths behind the killings with fingers pointing the blame in a plethora of directions, and other characters prove to be a ‘psion’ like Erica as well. All of which lead up to Episode 4: The Cain Killer as the serial killer has been revealed, and the man hunt begins. But who is truly the hunter or prey? Let’s find out.

Story
‘The Cain Killer’ is all about the storyline and tying up any loose knots created in part of the previous episodes. To bring everyone up to speed, we know who the Cain Killer’s identity. It is Cordelia Smith’s half-brother Keith – worth noting that his father is that creepy old guy we met in the Enthon Towers in ‘The Oracle’. So we can already imagine since their has been some questionable family issues that this brother feels some sort of detachment. Erica shot her partner on accident due to a futuristic vision she saw – thanks to impeding visions from Cordelia – and the once contained Keith got away. And so the man hunt begins to bring closer the end. 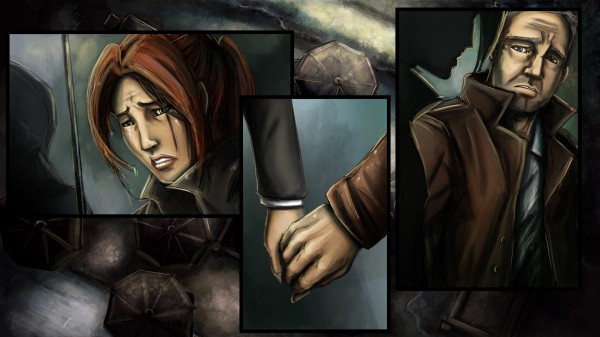 At the very beginning of part IV, we encounter playable flashbacks prior and immediately after Scott’s death (Erica’s brother) which happened three years ago. The event that occurs prior to the murder deals with finding the Cain Killer’s next victim. The moments that occur thereafter lead us to the cemetery playable at the start of ‘The Hangman’. We then are recapped with a video encasing the murder which carries us to the family lakehouse owned by the Smith’s. We are now looking through the eyes of Cordelia and conveying her voice and actions towards Keith. Our words do matter and can either cause direct harm or comfort to the parties involved.

In essence the game follows a linear format that provides some deviations to the story according to your personal actions. Though some actions may result in death, others’ create new dialogue to be encountered or completely missed – if they’re dead…

Gameplay
Phoenix Online Studios went a different route when creating this portion of the series in terms of gameplay. There was a bit of sacrificing playing elements for cinematic pieces, but the overall delivery provided an excellent forum for an interactive story. Not too unlike Telltale’s “The Walking Dead” episodes, ‘The Cain Killer’ enables the player to pick from a queue of options when speaking/interacting with characters and then in turn effect the possible outcome. Outcomes can range from unlockable dialogues to an immediate death – especially your own. How the developer’s implemented this was through the use of a character ‘likeness’ element. This element is presented to the user as an empty portrait of the character that is being interacted with located on the bottom right corner of the screen. As the dialogue progresses and a certain ‘degree’ of likeness is attained, varying events may occur. For instance, the screenshot below shows that Stelios – the supplier – is not going to shoot me as I have not given away my identity and seem amicable to his standards. 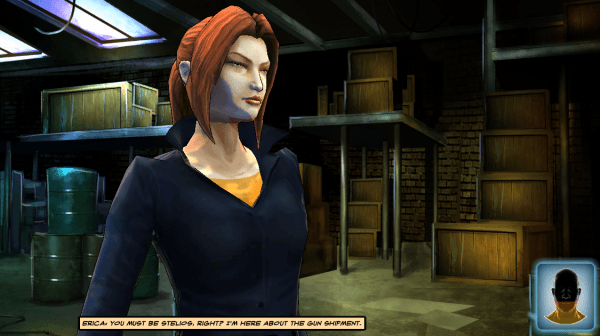 Beyond the ease of making choices that determine life or death, you will experience puzzles that will test memory, quickness, and sheer luck with guessing. Keith – the Cain Killer – has purposefully brought the two psions, Erica and Cordelia, together to test their mental abilities in cracking a few riddles left for them in the basement of the lakehouse. Beyond the creepiness of touching items that belonged to each of the Cain Killer’s victims, Erica must use her abilities to associate carved wooden pieces with a circular dial placed in the center of the room. By combining the prowess of both psions, the puzzle can be easily decoded by looking into the past and future for clues. 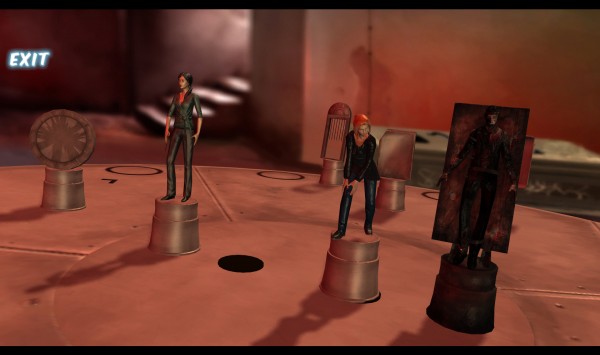 Beyond the regular matchmaking of inventory items and environmental objects, a fighting sequence requires you to pull of subsequent attacks in order to beat down your foe. While some other portions of the game are not timed, this section requires immediate action or else… Blind the bastard and give him a quick in-step (if you know what I mean).

Visuals
Detail is consistently brought to the forefront of the Cognition series as each episode has not left me disappointed. The environments provide for a colorful and artistic adventure that only ends as the credits roll. While it is easy to catch what is a cut-scene from the comic book art style of Romano Molenaar, the palette for both environments and cinematic seem remarkably close and offers a near seamless transition from one event to another. 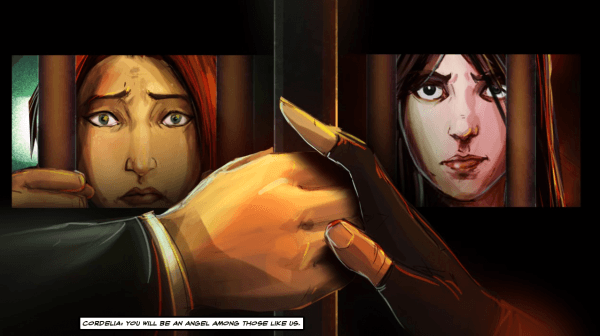 Though Phoenix Online Studios did well to comb the title for any bugs, an instance occurred while I played the released version. During the investigation room scene with the creepy old man – Skorobeus, Erica is given several options to deal with her commanding officer once he enters the room. On such option results in what is suppose to be Erica being handcuffed on the table but merely shows her slouching over in mid-air while the arresting officer is standing in the same position. With that being said, the team did a great job administering other more prominent fixes before the actual game was released.

Audio
Erica’s voice actor is top notch. Raleigh Holmes deserves recognition for displaying a range of emotions while “keeping it real”. I felt her voice met every expectation I had of a strong female character undergoing catastrophes at each new corner. Phoenix Online Studios were lucky to snag up this talented voice actress.

Another aspect that tends to be overlooked at the end result is the soundtrack of the title. With as much time an energy the developer’s placed into this series you should expect to have a purchasable soundtrack. Eerie and gently flowing all at once, the music draws you in and creeps you out at specific moments of the game. The final trap scene placed for Erica gave me the sense of immediate urgency. Though you are not truly timed in this section, you tend to panic very easily when death is all around you.

Overall
Whether or not you have purchased the previous episodes, this would be a great time to invest in a quality adventure series. Phoenix Online Studios offers a complete season package of the four episodes, sells episodes individually, and also allows you to upgrade from a previously purchased episode. Those who are concerned that point-and-click adventures are not worth their time have not played Cognition: An Erica Reed Thriller!