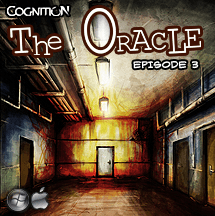 Overview
Can you believe it? Cognition has reached its third episode in the epic thriller of FBI Agent Erica Reed. Ever since the launch of Cognition Episode 2: The Wise Monkey on January 30, 2013, Phoenix Online Studios has been hard at work in releasing the following chapters. With less than four months in between release dates, The Oracle has shown its face. Does the quick deliverable affect the quality of the title? Let us find out…

Story
A clouded mystery surrounds Erica as her visions become directly linked to another seer. As she learns more about the latest murder – outside of her friend Cordelia’s abode, Erica finds out that more people are involved heightening each new scene. When FBI agents carry some of the blame, she cannot help but to feel overwhelmed and even betrayed. 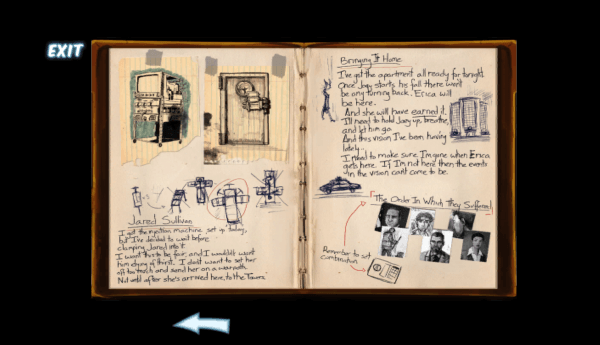 The title would have you believe that Rose – the antique store owner – is the Oracle as she has helped Erica through developing her abilities. You came to discover that the Oracle is actually someone you would not initially suspect. So much has been hidden from Erica because information was on a need-to-know basis and covered up by higher powers. Information that if were exposed early on could have prevented even Erica’s brother’s death.

Nearing the end of the story you will be able to identify who the real Cain Killer is. However, you will also begin to ask more questions with these new found answers and wonder how all of the other contributors played a role in this on-going puzzle. Inevitably, episode three leads up to a cliffhanging moment where Erica is left alone in the Cain Killer’s lair. Phoenix Online Studios does well to jack up the anticipation for the final chapter.

Gameplay
An interesting concept that is introduced to the series is the ability to play as two characters. The second playable character is the Oracle who has complementing powers to Erica. As Erica can see what has happened in the past, the Oracle can foresee the future. Though what seems to be confusing is when Erica and the Oracle connect on the same wavelength to uncover secrets in both past and present.

Cognition has continuously provided high intensity puzzle scenes, and this episode is no exception. In a flashback, you are put in Cordelia’s body trapped in a mechanism with a gun strapped to her hand. Opposite from her is her brother Max tied up to a contraption that appears to have deadly triggers. As time is not your friend, the mechanisms that control both machines begin to streamline the killing process. Uncovering clues to the machine’s release becomes just as fatal. 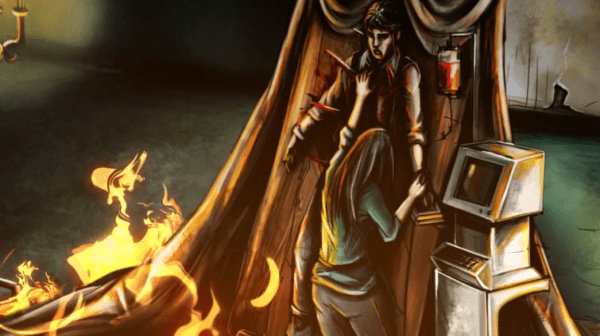 Neither truly positive nor negative, the movement of the game primarily sticks to one scene – the Enthon Towers. Having all of the actions performed in the singular yet extensive 33 floor building streamlines the completion of the title and makes the episode seem shorter than its predecessors. However, I see this episode as the revolutionary point in the series for the purpose of encountering the unshakable truths. Erica can no longer be sheltered in a safety net of lies, and her decisions from here on out will not be dictated according to her job.

Visuals
Glitches become apparent when the audience feels that an object has a strange appearance or when a scene is lacking an obvious inclusion. The strange appearance noticed was during a scene with FBI Director Samuel McAdams inside the Enthon Towers. He had been fumbling with a book – noticeably nervous with Erica running around – and the image shifts awkwardly in his hands. After the close-up scene was exited, no further problems resulted with the object.

Detailed environments separates Cognition as one of the best looking point-and-click thrillers to date. Most independent titles fall back on a previous decade’s visuals, but Cognition encapsulates a very dark unfolding mystery with quality craftsmanship. Such ability can be attested to creating art assets for a luxurious as well as mysterious hotel in forms of hanging art and environmental objects. A mangled tree presents itself as a creepy asset and fits right in with other subtle hints of a nearby killer. 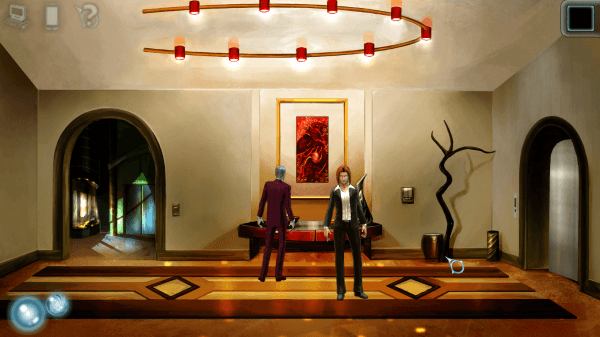 Continuation of previous symbols such as “psi” poses that there could be deeper meaning or correlation in subjects that you meet. In the first 10 minutes of the The Oracle, you encounter the psi symbol on a keychain which opens the Enthon Towers front door. There should be an alarm running through your head as the psi symbol directly relates to the previous episodes and a killer as its owner. As a quick reference, the psi symbol can be related to parapsychology which deals with paranormal subjects or the research in extrasensory perceptions – sound familiar?

Audio
Hearing stagnant pauses in-between dialogues can be a deterrence to the flow of any title. At the beginning I could notice a subtle pause in a heated Eric vs. McAdams conversation, and the timing could receive a minor tweak to make the game flow more fluidly. As the game progressed other audio driven conversations were done well and required little to no alterations. 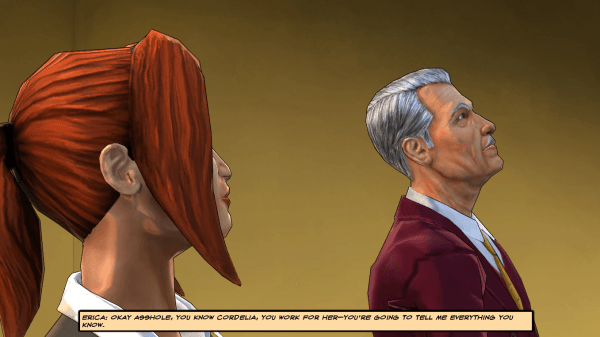 Voice acting contributed by the character Skorobeus helped envision the secrecy and creepy vibe for the Enthon Towers. Not only is his visual demeanor scream “CREEPER” but also his voice tells you his is up to something. You will want to find out all you can about this strange character, and at the same time stay as far away as possible.

Overall
Pumping out the adrenaline in climatic cliffhangers is what Cognition: An Erica Reed Thriller is constructed to do. In every contraption that must be completed in a timely fashion, I felt that life was dangling in my fingertips – and virtually was! Phoenix Online Studios continues this streak in Episode 3: The Oracle and chose to emphasize the thought process of these killings exclusively. By tapping into the mind of a killer, I felt disturbed and yet intrigued to know the answers to “why?”. 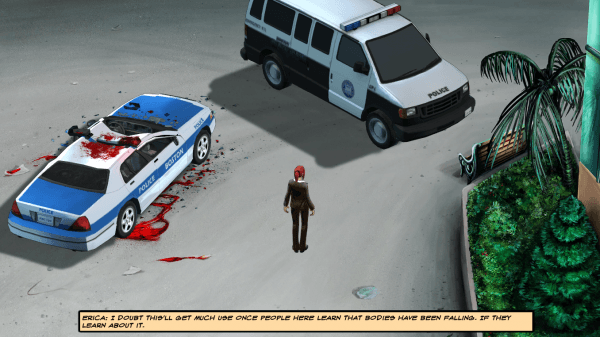 Marred by only a few glitches the title continues to strive for an great overall product. Some may complain about this particular episode’s length, but the preciseness and direction was necessary to lead up to the final chapter where Erica confronts the known “Cain Killer” and well as the “Oracle”.

Overall, this chapter is a great addition to the series and should be enjoyed along with its predecessors: Episode 1: The Hangman & Episode 2: The Wise Monkey. A quality storyline and character investment drives Cognition to excel in the point-and-click arena.