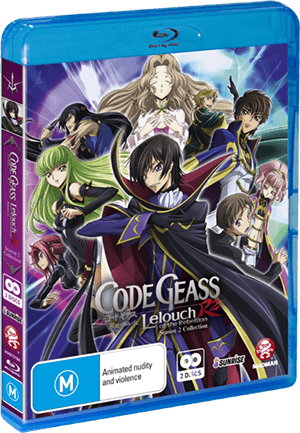 Overview
Madman has wasted no time in bringing this hit sci-fi series to the crisp Blu-ray format once given the go-ahead. While originally a DVD-only release in the West years ago, it’s only until recently that the powers that be have allowed us to watch the series in glorious 1080p as intended. When Code Geass debuted, Studio Sunrise created an original work that weaved their trademark mecha action with deeply personal and political intrigue, taking anime fans by surprise. 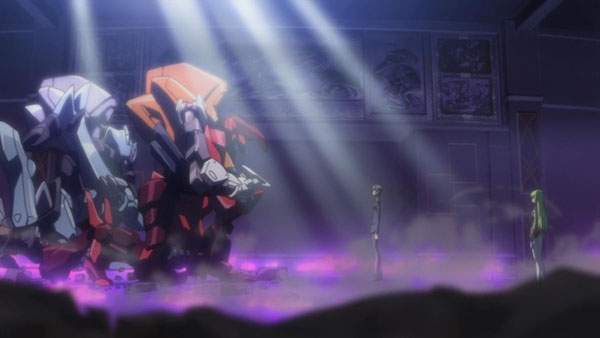 Season one left us with a tremendous cliffhanger and a penultimate confrontation. R2 is set to take things even further as the war between Britannia and Zero’s Black Knights is far from over. It will be impossible to talk about R2 without some spoilers, so if you haven’t seen Code Geass yet go watch the first season now and check out our review before continuing!

Story
After the white-hot ending of the first half, chances are you’re frothing at the mouth to find out what happened right? Too bad, you will be all but confused for the duration of the first episode. Area 11 has been more or less pacified and a forced peace has returned everyday life. Obviously such a peace cannot last, and things eventually do get back on track in a rather spectacular way. Lelouch continues his global vendetta against the Holy Britannian Empire, reuniting old comrades and picking up new faces such as the mysterious Rolo. 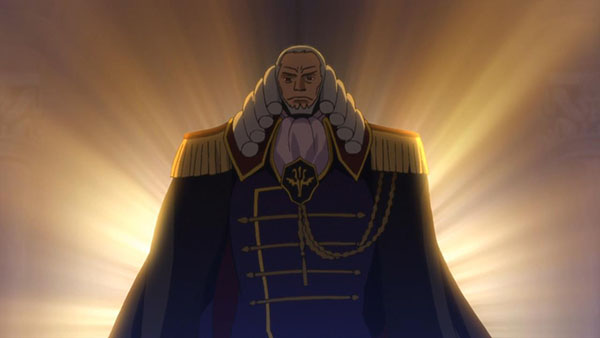 The second season sees the conflict begin to spread outside Area 11 when the Chinese Federation is embroiled in the war between the Britannians and Japanese. Acting as Zero, Lelouch exploits every geopolitical opportunity to further his revolutionary goals such as kidnapping the Chinese Empress to use as a hostage. The battles feel fast-paced and grander in R2, particularly against the numerous Chinese forces where Lelouch is forced to use every strategic trick to gain victory. Defeat does happen occasionally, and it hits home just how seemingly insurmountable the odds are.

What makes the battles even better is the constantly evolving technology during a war. Knightmare Frames receive upgrades as newer models are rolled off the production line. Flight systems take the Frames to the sky with some spectacular aerial battles and Britannia’s elite Knights of the Round make things very interesting. 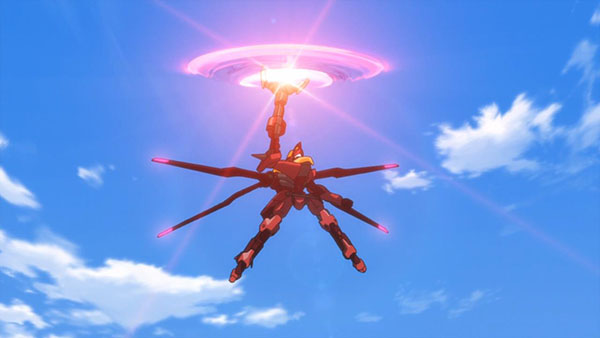 One of the key differences between the first and second season is Suzaku’s knowledge that Lelouch is in fact Zero. This means it’s a whole different playing field regarding the cat and mouse game the two have kept going since the start of the show. As the situation escalates, the plot starts twisting erratically leaving you second-guessing every few episodes. R2 is infamous for the amount of plot twists Sunrise has managed to fit in a series, a benchmark they approached but didn’t quite reach with Gundam 00 Season Two. 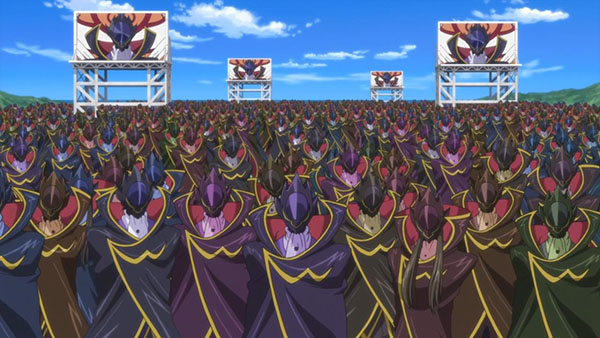 While some might not enjoy the turns that the narrative takes, it’s an incredible ride at the very least. The deaths of some characters will leave you stunned, while those you thought were dead might return in a glorious fashion. The chaos of it all and the story pacing late in the series fits perfectly with the disorder Lelouch wrecks upon the world. Ultimately, his desire to settle the score with his father and avenge his mother is fulfilled in a manner you will never see coming.

Visuals
Code Geass R2 maintains the exceptional standard of animation that began in the first season. You’ll notice it’s a lot more colourful as the colour palette is expanded upon with shiny new Knightmare Frames, characters and set pieces. The Blu-ray version really does bring out the detail in this series. 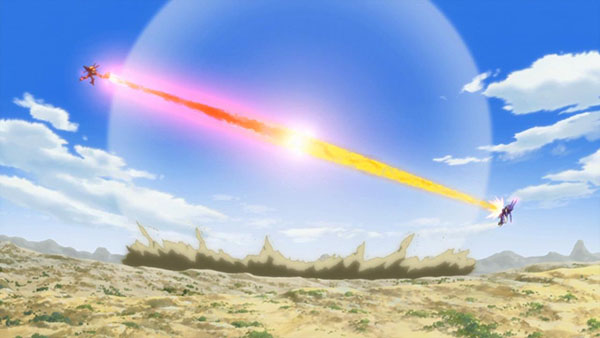 As mentioned in my review of season one, Code Geass has a unique art style that’s characterised by elongated bodies that might be a hit or a miss depending on the viewer. It’s still great artistic work by Sunrise that holds its own against the latest anime shows.

Audio
There’s something about the sound in Code Geass that still makes it one of my favourite audio works in action anime. I don’t know what it is, whether it’s the Radiation Wave gun effect, the whir of the grappling hooks on the Knightmare Frames or the outstanding musical score. The sound design and soundtrack work together to create a memorable experience Code Geass wouldn’t be the same without and an aspect many newer anime simply lack. 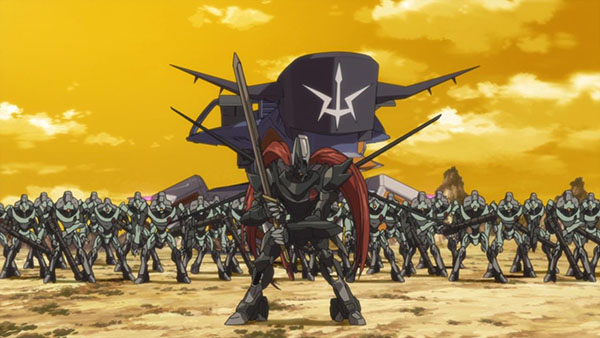 This is a show that features both a very capable English voice cast and an emotionally powerful Japanese track alike. Norio Wakamoto as Emperor Charles vi Britannia gets more screen time in R2 and is the obvious highlight here, whose voice will shake you to the bone.

Extras
Madman’s Code Geass R2 release is a typical two-disc, 25 episode series with no extra features of note. There is a pretty cool reversible cover with some saucy C.C. art, though (the character, not Capsule Computers!). For those curious, Madman has used Manga UK’s discs which is also a Region B Blu-ray release. 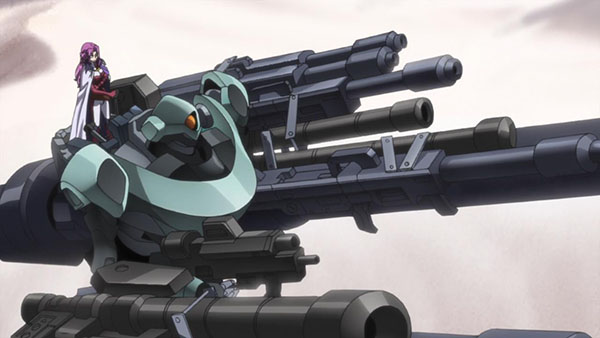 Overall
There really isn’t much more I can say about this show that hasn’t already been said before. It’s one of the modern classics of anime, mandatory viewing for anyone that needs to be convinced about this medium’s potential to tell one heck of a story. Years on from its original debut it remains a benchmark that we think back to with fond memories and often struggle to find an anime experience that surpasses it. 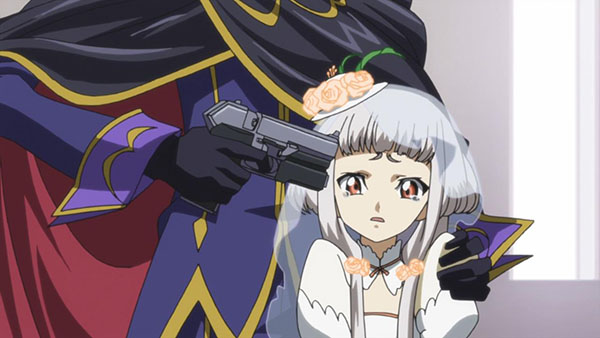 Whether you love this second season, or for whatever reason hate it, it’s undeniable that you’ll be feeling plenty of emotions by the ending credits of the final episode. For existing fans, the Blu-ray version is finally here and the one to own and relive the series in luscious 1080p. For curious newcomers it’s the best way to start, and for that the rest of us are envious. End the rebellion with R2 and witness the phenomenon for yourself.