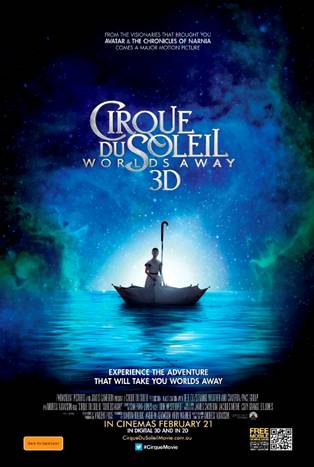 Cirque Du Soliel is one of the worlds most exciting, entertaining and grandiose circuses in the world. James Cameron has taken this circus group and transformed their acts into a vibrant and elaborate film that demonstrates the best of the circuses story-telling theatrics. However, as this is a film, do the amazing choreography and performances translate well to the big screen? Find out in our review below.

Cirque Du Soliel: Worlds Away had a rather… basic story. I mean, like, incredibly basic. You see, there was this girl who’s name was never uttered once during the entire film and for some inexplicable reason that would escape anyone with any modicum of logic, she falls in love with this trapeze artist named: The Aerialist. No really, that is his name. The credits said so. 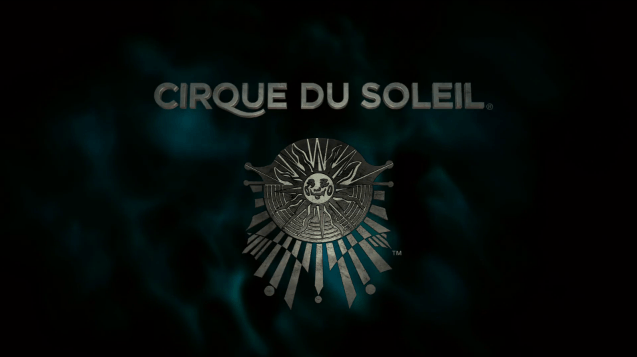 The story begins when this unnamed girl (she has a name, it’s in the credits, I just can’t remember it) enters a circus tent and sees The Aerialist fail his only job at the circus and falls to what should have been his death. Now instead of doing what any normal and reasonable person would do after seeing a giant portal being opened up around him, like calling the police or ambulance or Gordon Freeman, she instead runs after him and is taken into this portal as well.

It is here that you would think the bulk of the story would take place, and well, you’d be right. The only problem there is that it feels like the story takes a massive stand-still for an entire two circus performances before you realise that these performances are the story. It is really not apparent at all and I purposefully skipped over the part where she joins a world where circus performances are used to tell the story just so that you would feel as mad as I was that a crucial detail like this was brushed over.

What’s even worse with the story-telling is that the movie tries to get you to connect with this world so quickly that you have no room to adjust. Within the first five minutes you’ve gone from the real-world to the circus world with a character that only has one spoken line in the entire film and as a result of this, you just do not connect with the reality of the world which negatively adjusts your enjoyment of the film. 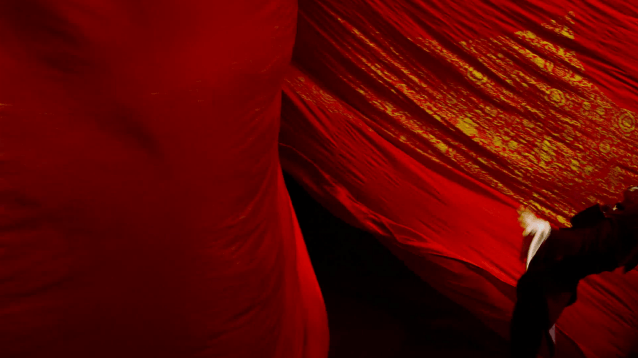 Maybe, you know, this was done on purpose. Perhaps it’s to feel the same disconnect the lead character is feeling being a part of this strange new world? The only problem here is that she seems to be experiencing this world differently to how you, the viewer, are experiencing this world. This also doesn’t become apparent until much later in the movie so you’re left feeling cheated through the first 45 minutes or so.

Another thing that I didn’t like is how the physics of the circus world was represented. It’s like: “Hey, let’s ignore physics, so long as it fits the circus routine. Amirite?”. No, no you are not right. You can’t plug a hole with a dance. Even if that dance shows the male lead swimming into the moon itself. Why didn’t they just do another representative act with a rocket made of contortionists? They did it for swimming cannibals earlier.

The entire story, I feel hangs onto how much common sense and logic a viewer has. The more grounded in reality a person is, the harder they’re going to find it to approach the story that’s being told. I mean, who here has fallen in love with a person within the first 2 minutes of seeing them? How many of you here would approach a giant magic portal made out of sand, considering you didn’t know it was a portal and someone could have just died hitting it? If you can get over the giant leaps of faith that the movie requires, you will be able to jump right into this story. 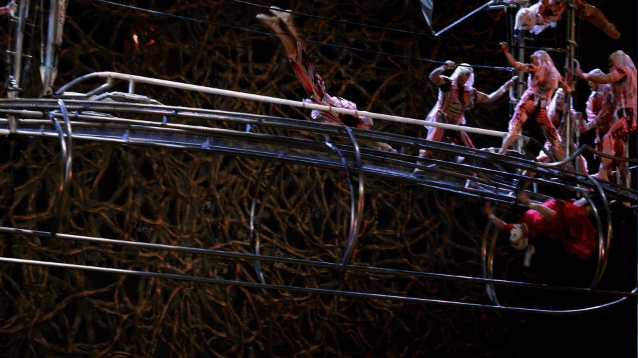 I saw this movie in 3D, so you’d expect the colours used to be a little more vibrant than usual to make it through the glasses. This was the case with this film, fortunately. So you don’t really lose much impact with the colours on the screen throughout the entirety of the movie. And, let me tell you, it is an amazingly colourful and vibrant film.

Each performance in the film, regardless of how well or poorly they showcased some of the story, was incredibly well choreographed and executed. While I was quite annoyed that the filmmaker relied almost exclusively on the performances to drive the story, the shows themselves were spectacular. However, I feel that for a film, the performances should have been a supplicant to the story, not the proponent of the story. Either way though, the acts were incredibly amazing and if I continue this paragraph I’m just going to keep repeating that phrase. 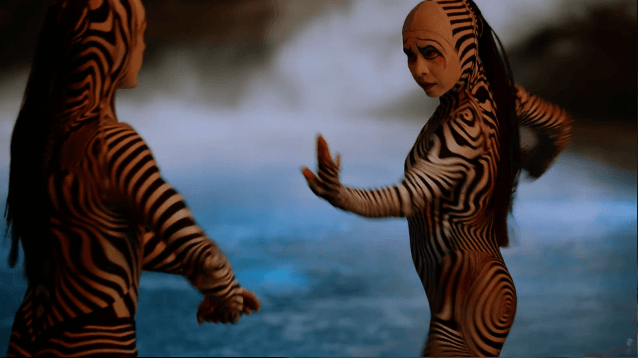 What was interesting about the film was all the costuming for each of the performances. As a circus act, you can expect a lot of what you see to be exaggerated, but the costumes were simply amazing to look at. I remember looking at Ryu Hayabusa and Kasumi when they first appeared within the third (I think) performance. They couldn’t have nailed those costumes better.

If I was to say anything about this film, it’s that it is prettier than Avatar – – James Camerons previous 3D film. If you liked that visually, you’ll wet yourself with this one.

The soundtrack in this film started out amazing. There were a bunch of awesome music tracks throughout that felt pretty good. It’s almost as if they were summoning the work of some great composers like Yuki Kajiura, for example. There was that one song that sounded like it was inspired by Pirates of the Caribbean, and it sucked pretty bad, but other than that the majority of the music was great. 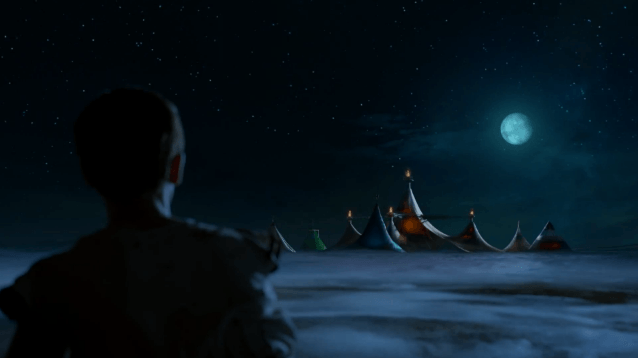 And then out of nowhere, bam, a bunch of tracks that are licensed and dull. It’s almost as though they didn’t care about the music choices in some of the middle acts of the film. And hey, if the music doesn’t fit, I no longer care and my attention is waning. However, it does pick back up, but it never feels the same afterwards.

My one major gripe about this film is that there are almost no spoken lines throughout the film. Everything is explained or conversed through performances and movements. The only exceptions to this are right at the start and when the female lead speaks her only ever line in the film. And that one line is just the same word repeated 2-3 times. While I can understand the choice, I feel that even basic grunting at some stages would have been appropriate.

As a film that relies way too heavily on the audience entering the cinema in a certain state of mind, I can’t recommend this too quickly. This is especially true if you’re somebody who takes a while to adapt to any film. However, the amazing choreography and performances do make this worth seeing, but, the incredibly basic story may be a massive turn-off if you’re not into spectacles. Loved the soundtrack though, I’d buy a CD or something with most of the songs from the film.