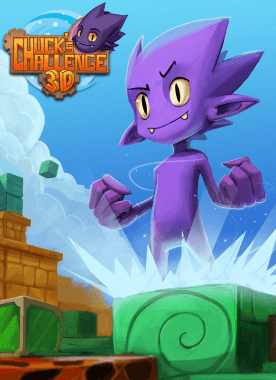 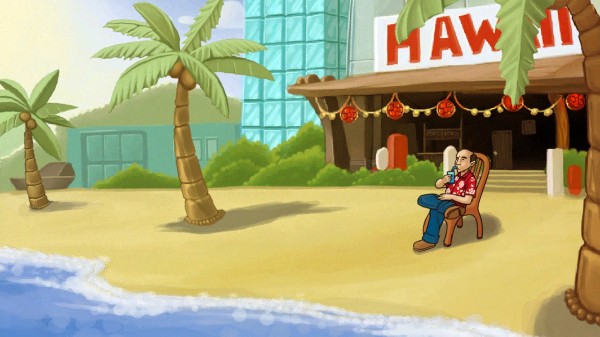 Chuck’s Challenge 3d has a loose plot about a little alien named Woop who has kidnapped a game developer to create him challenging puzzles to play. It just so happens that Woop kidnapped the perfect developer, Chuck Sommerville himself! The rest of the plot are humorous and short interactions between Woop and Chuck that also provide some small tutorials about game mechanics. The interactions are cute, funny, and completely family friendly. The interactions appear every time Woop steps on Chuck’s Hawaiian shirt. This would not be a huge problem if it was not for the clumsy controls that will have the player jumping on the shirt accidentally during the course of the game. For those who prefer to just keep the game about the puzzles, the story can be disabled in the menus, which will disable the shirts. 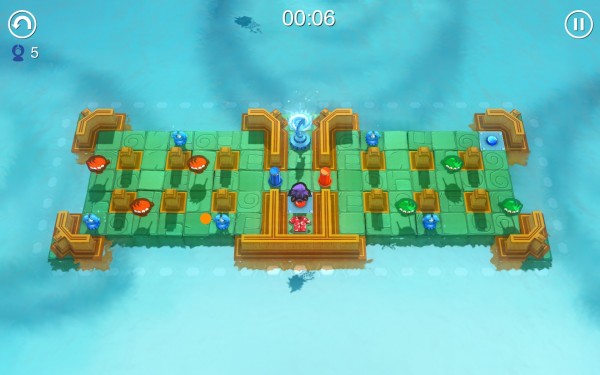 Chuck’s Challenge 3D sticks to its roots as a 2d puzzle but presented with 3d graphics. The game can generally be broken down to finding the correct order of operations to clear the puzzle elements until Woop can jump into the swirling gate that marks the end of the level. There are a lot of different elements that are found in the puzzles to slow the player, from switches that need to be thrown and slick ice patches that need to be crossed. The puzzles are surprisingly deadly to Woop as anything from pools of water to moving cubes can kill him. Death is not permanent as a handy undo button will rewind Woop to the previous step. If the error made was too early in the chain of events, the puzzle can simply be restarted in the menu.

The developers have provided the first 125 puzzles in the game. The first 25 are pretty easy but the difficulty level takes a sharp jump from there. Chuck’s Challenge 3D will definitely test the player’s intelligence with its blisteringly difficult puzzles. To add another challenge, players can also race the clock for top position in the leaderboard. Luckily, there is penalty for using the undo feature except for the time it takes to use it. 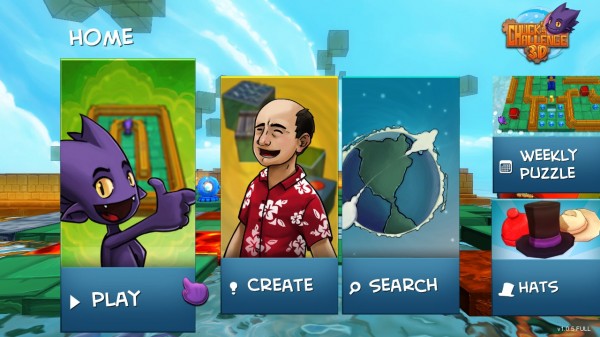 The game also ships with a full-fledged level editor that will allow players to create their own levels and play user created levels uploaded to the servers. The level editor itself is extremely easy to use. Levels can be expanded and shrunk with a few taps and gameplay elements are placed using a drag and drop system. Every week features a new high quality puzzle created by the community. Between the 125 levels provided by the developer and the limitless levels created by users, Chuck’s Challenge 3D has an incredible replay value.

Chuck’s Challenge 3D’s controls are a challenge on its own. The common controller for Windows is the Xbox controller. Out of the box, the right thumbstick will move Woop left and right even though the game is set to respond to the left thumbstick for movement. The WASD/Arrows and float controls work much better, but are still far from perfect. Getting Woop to stop is difficult, often resulting in moving further than intended. Usually this will cause generous usage of the undo function. The other control options are not much better. The pathing for the tap control is absolutely miserable and only works reliably if Woop is able to move in a straight line. The pad controls don’t work at all on PC and are most likely are remains from the Android version of the game (Editor’s Note: The developers have pointed out that the Pad controls are not a remnant, but work on touchscreen PCs and tablets running Windows 8). Overall, the terrible control scheme make Chuck’s Challenge 3D look like a messy and hastily done port of the Android title. 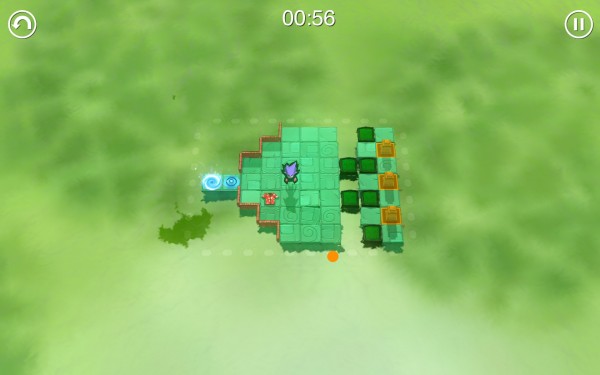 Chuck’s Challenge 3D has a great cartoon style. It is bright and colourful, perfect to attract the eye of both the young and young at heart. Most gameplay elements are easily discernable, though those with colour blindness should be aware that some puzzle elements are colour based. On the hardware front, the game runs very well on the PC.

The first noticeable thing about Chuck’s Challenge 3D on PC is how loud it is, to put things lightly. There are only two volume options for the game, ear blasting loud or mute. There is absolutely no middle ground to be had here. The game desperately needs a volume slider as I found myself lunging for my headphone amp’s volume knob once the game boot up. The music and sound effects are actually enjoyable once the volume is tamed. There are an enjoyable variety of accompanying music and the sound effects are well made. Unfortunately, the loud volume meant I ended up muting all sound in the game after a while. 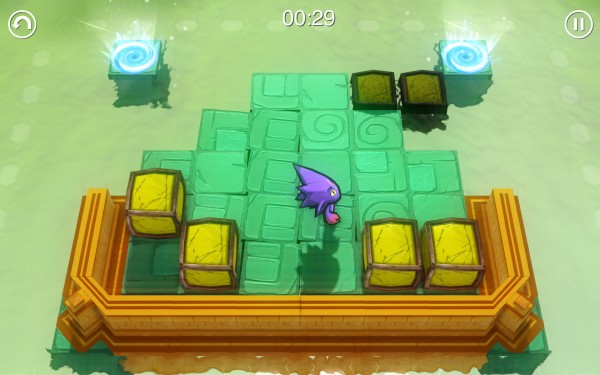 Chuck’s Challenge 3D has the right tools to be a great puzzle game worth of being the successor to Chip’s Challenge. However, the lack of control over the audio levels and the disastrous controls prove that the game feels like a messy Android port. The game is in desperate need for patching and optimization for desktop platforms. For gamers who are willing to endure its shortcomings, they will be rewarded with an incredibly challenging and fun puzzle game.