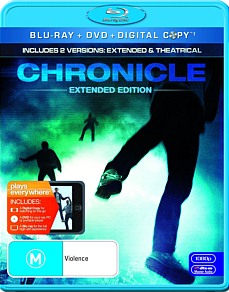 What would you do if suddenly you got supernatural powers beyond your comprehension? What kind of person would you be? Would you be a hero, or a villain? Well, Chronicle answers that question, except in a far different way than people are used to.

The movie follows Andrew Detmer, a guy with a less than stellar life and a new habit of going around with a camera. The movie itself is quite strongly based in reality, and it’ll be no surprise if you end up relating to a couple of moments in the film. Especially since Andrew is kind of your downtrodden individual, but he isn’t the only focus of the film. In fact, there’s also the somewhat more average Matt and then the super popular and decent bloke Steve. Avoiding the typical popular, jock stereotype, Steve is a nice guy – the sort of guy who would actually become class president – and the biggest douches in the films are the typical angry guys you’d expect to be high school bullies. 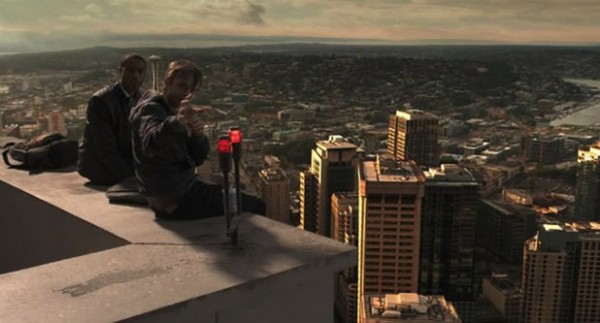 As the boys discover and explore their powers you follow them through their elation at discovering their powers, their jealousy, and the pranks they pull. Plus you also get a healthy dose of the awesomeness that comes with the super powers. Because of the way it’s filmed, you skip all of the initial realizations of their powers, and this is can be taken as a positive or negative. It skips the time and slowness that movies tend to have in the initial realization stages, but I’m still curious about how exactly the boys first discovered their powers. 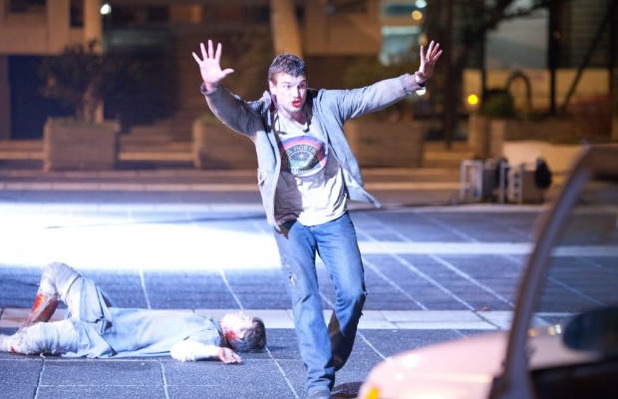 The movie feels quite short, even though it is only ten minutes shorter than your standard film. But that has more to do with the pace that it sets, because while it is slow to start off with and those who have seen the trailer or know the plot will be impatient to get to the good stuff, but once it gets going it really speeds along like a freight train. 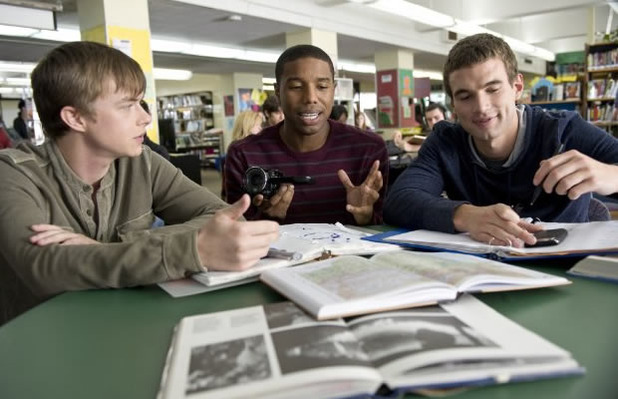 The best part of the movie is the interactions between the boys. The actors all have a very realistic friend chemistry between the three of them, and everything they do as a group is really what you’d expect from a group of teenage boys who have suddenly got powers. My favourite scene of the movie involved them going around testing out their powers in every day life and messing with people. Just because it felt like such a realistic thing and the way it was being filmed added to that even more.

Chronicle is all based around the idea that it is shot using hand held cameras, surveillance cameras, and other every day methods of filming. This presents a couple of issues to the movie for filming, but the way they come up with solutions for it is pretty impressive. 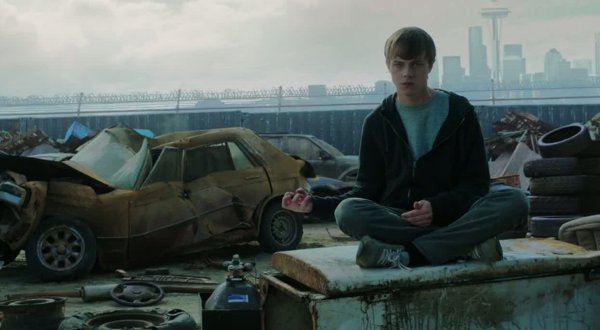 The visual effects done in Chronicle are impressive especially given the amount of effects that the film uses. The movie tries to use as many optical illusions and physical effects as possible, staying away from CGI, which leaves the movie looking a whole lot more realistic than a lot of the movies. Even the way they fly is more realistic than you’d expect, thanks to some innovative methods from the visual effects team, including Simon Hansen who worked on District 9.

The soundtrack to Chronicle goes between high-flying adrenaline tracks to the tense suspense to match the scenes. It isn’t just the music that does really well to match the scenes, but the general audio effects that accompany the movie. They’re great at setting up the tension using the accompanying sound effects and highlighting the natural tension of the scene and help along the pacing and emphasis in the scene. 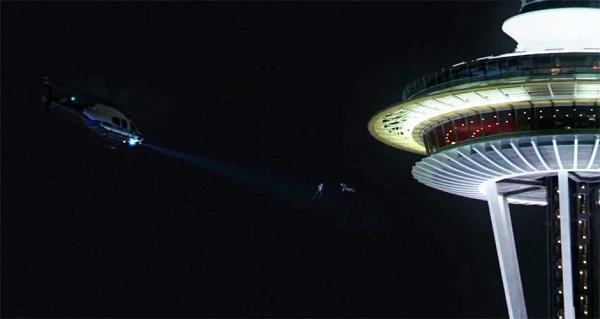 The extras give you a look at some pre-viz of the scenes, that is a computer graphic version of what they wanted the scene to look like. It’s interesting to see the pre-viz in comparison with what the scene ended up being, and for those who like extras will like this.

There’s also a pre-production test that was done to show the idea to studio executives to get them interested in the film. This was done with different actors, and shows just how closely the film stayed to it’s original concept. It also shows the main part of the movie, which is the relationship between the three boys and the question of how they deal with their new powers.

Chronicle is a really interesting and different film that is entirely different from the usual story line of movies from the same genre. It drags you right in and gives a far more realistic version of a totally unrealistic series of events than is usually seen in mainstream movies.

Chronicle is a must buy, especially if you’re a fan of the superhero genre and want to see a bit of a remix of the usual.