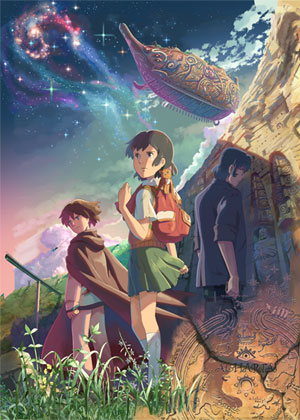 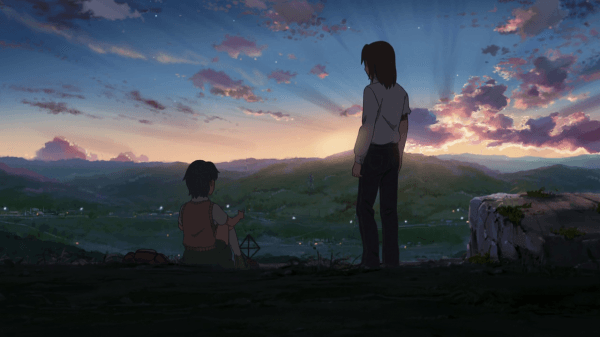 Overview:
‘Hello’ is such an easy word to say. It’s easy to welcome new things into your life, but when we say ‘Hello’ do we ever consider how difficult it is to say ‘Goodbye’ to those things? When we lose something we once had, how do we deal with the emptiness left behind? Do we chase after those lost voices hoping that we can get them back or do we chase them in order to accept that loss? Such are the questions Makoto Shinkai poses us with his latest effort, Children Who Chase Lost Voices.

It is difficult to dispute that Makoto Shinkai is a brilliant film maker. With a short yet remarkable list of quality films with his name attached to them like Voices of a Distant Star and 5 Centimetres Per Second it was almost to be expected that his latest film would follow suit. And of course, it does.

Children Who Chase Lost Voices is an astonishing film that truly feels like the culmination of Shinkai’s entire career up until this point. It is his most ambitious work to date and quite simply his crowning achievement in the art form. 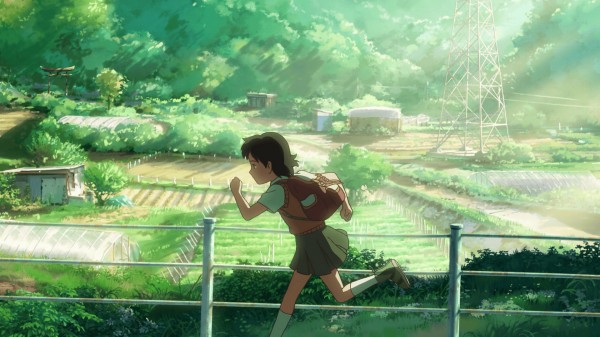 Story:
Shinkai has proven once again that he is a genius story-teller and it is for a number of reasons. Children Who Chase Lost Voices tells a story but not at all in the tradition sense of story telling. Sure there is a beginning, middle and end, but things do not exactly follow structure so intimately. This is a film that is truly about something. It like its world is incredibly deep and filled with unseen meaning and mystery. While at first it may seem rather simple, once you dig a little deeper you see what Shinkai is really trying to say here.

Lost Voices revolves around the themes of ‘life’ and ‘death’ in a way that has rarely been touched in this medium before. Much like Shinkai’s previous works there are heavy ‘distance’ and ‘separation’ tenets at play here, this time shown through the separation of the living and the dead. While it may say so on the surface the plot of this film is not a journey to a magical land beneath the earth’s surface but it is a journey to accept the separation between life and death and move on from loss. 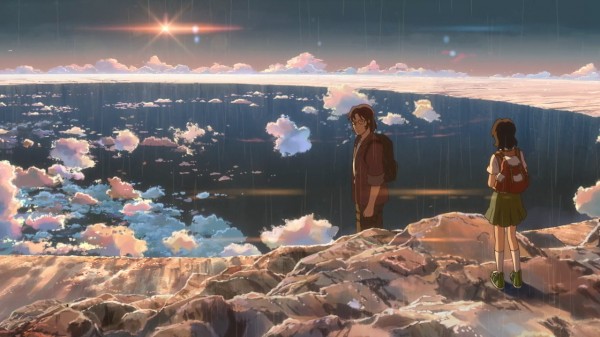 The central characters all have something that they need to resolve for themselves, that being the loss of someone important. This search for resolution is the driving force behind this film and is the true story at play here. I personally found the emotional journey’s of all 3 protagonists both compelling and touching. They are all chasing after hope for those who they have lost, but they have to dig deep to find the strength to accept things and move on. In anyone else’s hands this premise and message could easily have been over done or simply mishandled but Shinkai directs it with such nuance and subtlety that everything just comes together in glorious fashion. 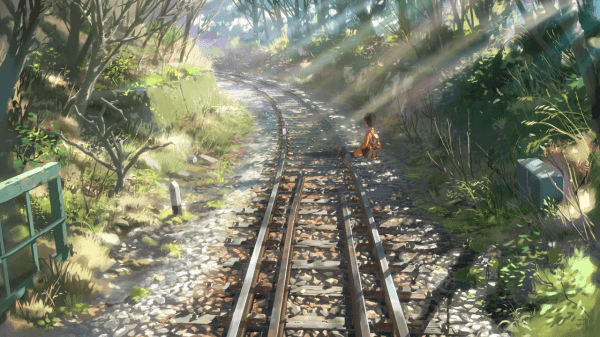 We begin the film with Asuna saying ‘Hello’ to her friend Mimi, a small cat that she befriended in the forest and we end the film with Asuna saying ‘Goodbye’ to her Mother as she heads out to continue on living her life. The journey in between these two points that she embarks on is dangerous and filled with ever-present mystery. Many of the films mysteries are left unresolved, a decision for the best as it would have simply muddled what the true message of this film is. It matters not what happens to the mystical world of Agartha below the Earth, nor does it matter what happens to Earth. At the end of the day, life will go on regardless of whether we can accept it or not.

The conclusion to this film was wholly satisfying and the effect it had on me was monumental. I feel that anyone that has ever suffered a loss of someone important to them will find a lot to relate to in this film. Shinkai captures the raw emotion of that feeling and explores it in painstaking detail.

Truthfully I left this film somewhat changed, like a weight had been lifted off my shoulders. In what way, I do not completely understand just yet. But much like Asuna I will keep chasing that voice deep below until I know. All I know now is that when I can connect with something on such a intimate level, it has done its job, exceedingly so. 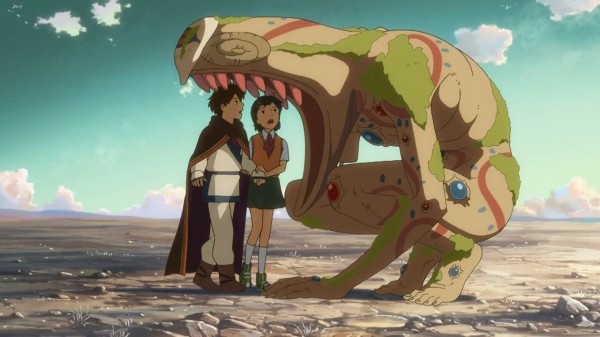 Visuals and Audio:
What can be said for the aesthetics of Lost Voices besides that it is one big moving masterpiece. Some of this imagery could be framed and hung in an art museum and no one would know that it was taken from a film. It is just a stunning visual experience that must be seen in motion to be fully appreciated. The depth and vibrancy within the world that Shinkai has created is utterly immense. I found myself lost within the world he has breathed life into. I actually felt somewhat solemn when it was time to leave this beautiful place that had flowed out of this brilliant man’s mind and onto the screen. While we see so much of his world, we know there is still so much more that not even he himself has explored. Quite simply Shinkai has fully realised the universe he has created with Children Who Chase Lost Voices and being able to spend 2 hours exploring it was nothing short of a pleasure.

Aurally Lost Voices does just as good a job as it does visually. The soundtrack is simultaneously touching, adventurous, gleeful and harsh. There is a great wealth of tracks used in this film that never once misses a beat, everything clicks and the flow of the action on screen with the flow of the music is as perfect as humanly possible. The most memorable track is of course the film’s theme song ‘Hello and Goodbye’ (no not the Beatles song) which is put to great use in the film’s very emotional conclusion. 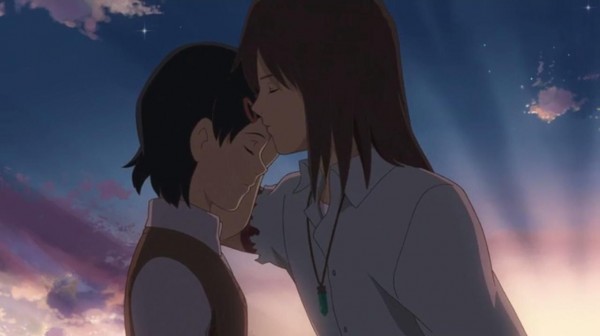 Overall:
This is perhaps the most important anime film of the new millennium, because it marks an important changing of tides. If it wasn’t evident by now Children Who Chase Lost Voices solidifies it, Makoto Shinkai is innovating animated films and has blazed a trail that none have managed to do since Hayao Miyazaki. It is films like Children Who Chase Lost Voices that remind us of how magical anime can truly be. Films like this is what made me fall in love with anime to begin with.

It is safe to say the Shinkai has spent the better part of the last 15 years pioneering a new and exciting type of anime films and I can say without a shadow of a doubt that  Children Who Chase Lost Voices is the pinnacle of his creative brilliance. But much like the recurring presence of trains throughout his films, there is always something else upon the horizon. With that said, if this was any indication, I can not wait to see where Shinkai’s train of thought stops at next.

This was a film that I honestly didn’t want to end, but it’s the experience that it gave me that I will never forget. Although the journey may be over, I am thankful that I watched this film. Children Who Chase Lost Voices was a blessing. So until we meet again, just for now, I leave you with this, ‘Goodbye.’