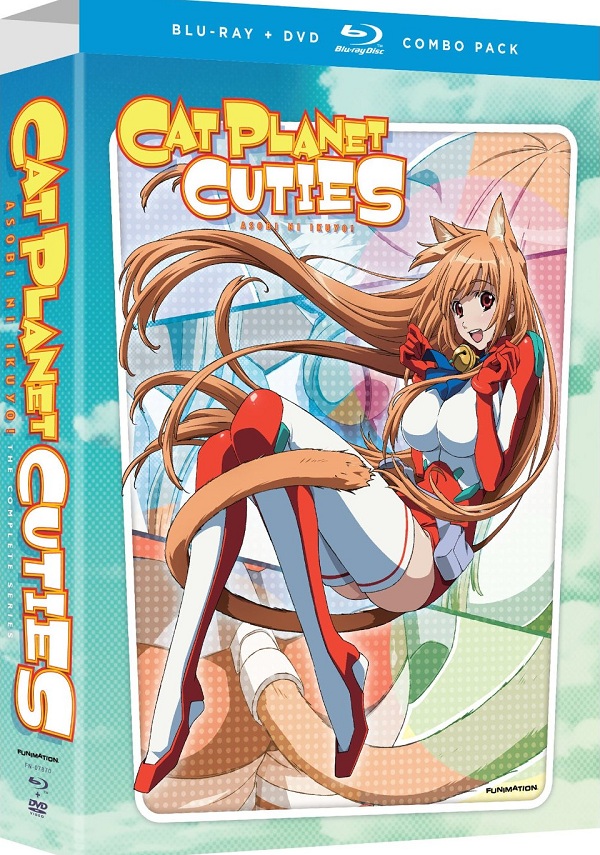 Overview:
As far as we know, human beings are currently the only intelligent life form in the galaxy. However there are plenty of pieces of work which describe situations where humans encounter life forms from another planet. Most of the time these aliens are quite hostile and humans are usually either killed in massive amounts or manage to coexist with various treaties. However what if the alien race we happened to encounter was not strange or hostile but actually quite similar to us, minus a few furry additions. Originally called Asobi ni Ikuyo in Japan, does Cat Planet Cuties offer a purrfect story of a boy and his catgirl?

Story:
A strange message, the origin of which is unknown, has been received by nations all over the world, saying “We are going to drop by.” However the fact that this message has been appearing all over the media doesn’t concern Kio Kakazu who was living a rather basic life in highschool. That is until he encounters a beautiful girl wearing cat ears and a tail at a party with his uncle. Kio wakes up the next morning to find this beautiful girl in his bed wearing practically nothing. 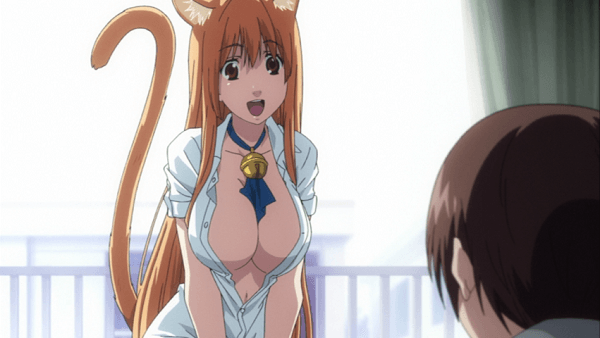 However this girl isn’t some cosplaying beauty, she is actually an alien girl named Eris who has been sent ahead of the rest of her race in an effort to investigate Earth before making contact. Eris comes from a race of cat people called Catian who live on a world called Catia. Having a hot alien catgirl may sound like it is all fun and games but not everyone is happy to see that she is here. With the Japanese military moving in, a strange ragtag group of people wishing to have a “beautiful encounter” with an alien that looks nothing like humans and a mysterious organization waiting in the shadows Kio and Eris are in for a lot more than a simple catfight.

At its very core Cat Planet Cuties can be seen as a harem anime with plenty of ecchi elements mixed in. We are quickly introduced to all of the main characters of the series which are actually quite refreshing as they break out of your standard harem archetypes. Rather than being perverse or socially inept, Kio offers a kind main character who handles nearly all of the situations he encounters splendidly, though he is still a bit dense when it comes to the other females in his life. 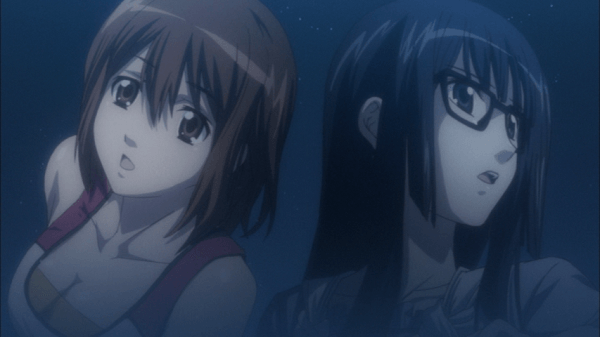 The refreshing male lead is joined by a small number of female characters who all shine on their own as well, with no one girl receiving any special focus. In fact, his longtime friend Minami and Aoi provide some of the best moments of the show which is quite impressive given the fact that they have to compete with a busty catgirl. Aoi is a very shy girl who has difficulty communicating her feelings while Minami is loud and hands on but keeps her feelings locked away.

Both of these girls have plenty of secrets of their own however and as these secrets are revealed we are presented with a number of twists and turns in the storyline which keeps things going at a brisk pace. Despite its ecchi harem roots, Cat Planet Cuties offers a surprisingly well thought out storyline with a relatively large number of characters and plenty of action as well in the form of explosions and gunfire. 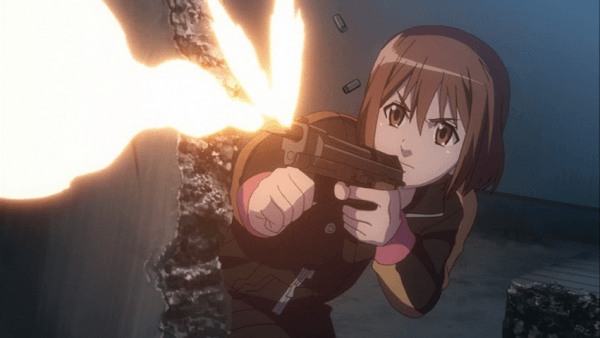 Even with a great storyline, Cat Planet Cuties is without doubt an ecchi anime with plenty of harem elements. Eris herself just happens to be close to her first “heat” meaning she is looking for her mate, which she just happens to find in Kio. As such there are plenty of sexually charged moments where Eris certainly wants Kio all too herself.  Despite this however Cat Planet Cuties never turns down that road and remains relatively innocent minus all of the breasts that are shown on screen at any given time.

Those who love fan service will certainly receive an eye-full and more as the women in Cat Planet Cuties often are scantily clad or have their clothing off, disintegrated off, blown off or simply taken off. Along with all the fan-service is plenty of tongue in cheek humor about the genre as a whole. The show offers plenty of funny moments which will often leave the viewer laughing as well as a few dramatic ones as well.  This creates something which is hard to find in a genre polluted with mindless harem titles, a genuinely enjoyable ecchi title which offers an enjoyable storyline with interesting characters which often switches gears between humor and action.

Visuals:
Visually Cat Planet Cuties is quite enjoyable and not because of all the fan service it contains (which is quite a lot). The character designs are impressive and well detailed, with a multitude of outfits and science fiction elements thrown into the mix. This is especially true with all of the Catian characters with their catgirl appearances and animation very well done. 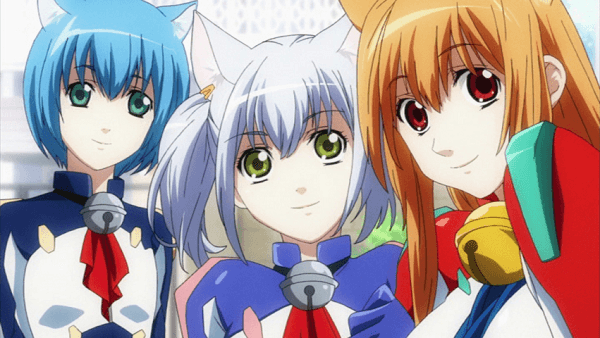 To go with the great character design, the backgrounds viewers are presented with are equally appealing, with a few of these backgrounds are exceptionally well detailed. This level of quality continues with excellent animation which remains consistently exceptional during action scenes.

Audio:
As standard with a FUNimation release, Cat Planet Cuties contains both the original Japanese voice track as well as the new English dub. While the Japanese voices have performed their jobs admirably, it seems that the English casting has surpassed the original. Tia Ballard’s performance of Eris is well done as she continues to perform excellently in her roles and the rest of the cast did a great job placing emotion into the characters they were voicing. 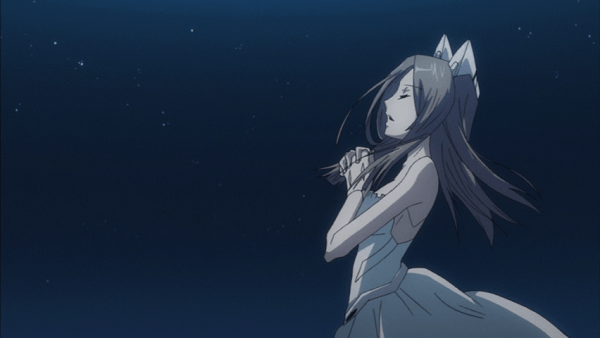 In fact, one of the standout performances for the entire team comes during Episode 09 where the song, “Oira wa Sabishii Spaceman” was translated fully and nearly the entire voice cast sang the words impressively. In fact, as mentioned by the voice actors themselves in one of the commentaries, the song may end up sticking in your head. The opening song for the series is “Now Loading… Sky!!” which is catchy and enjoyable to listen to, while there are actually three different ending songs which rotate every episode, with two episodes receiving special ending songs.

Extras:
Cat Planet Cuties comes with quite a plethora of bonus content. There are your standard inclusions of trailers for past and upcoming FUNimation releases as well as the English trailer for the show itself, as well as a clean version of the opening song. There are also clean versions of all five ending songs which is an impressive collection, though perhaps it would have been nice to also include an easy to access version of the English song sung in Episode 09.

Alongside these extras there are a number of small bonuses which is simply a collection of bonus bumpers at the end of each episode. The Ichika Special!!! which is a consecutive version of these bumpers is a cute little diversion featuring English commentary by the character Ichika.

There are also two episode commentaries included in this release. Episode 01’s commentary features Scott Seager, the ADR director, Monica Rial who voices Aoi Futaba, Tia Ballard who voice of Eris. This commentary doesn’t follow the episode much but will provide plenty of laughs as Monica and Tia spend most of the commentary joking around and talking about how they sometimes compete for roles. 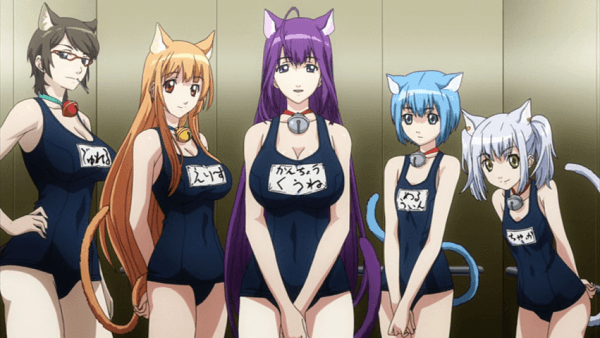 Episode 09’s commentary features Christopher Bevins, the voice director, Aaron Dismuke, the voice of Kio, and Brittney Karbowski the voice of Manami. This episode commentary actually follows the episode plot a bit as the three discuss a number of characters including the mysterious Ichika. They even explain a number of references the show makes including why A&W appears so often.

Finally we have the bonus OVA episode which wasn’t included in the original broadcast of the series. This episode doesn’t feature any actual plot development but does place the main cast in a series of different games where the winner can select a prize they want. This OVA is the same length as a normal episode and is enjoyable to watch, especially if you haven’t seen enough fan service yet.

Overall:
Cat Planet Cuties certainly makes a name for itself by being a fun and enjoyable show which may have plenty of fan service but also a great storyline worth sticking around for. Watching the Catians slowly experience everything Earth has to offer while also dealing with a number of problems creates an appealing story. As mentioned before, the harem ecchi genre may be full of mindless shows with plenty of breasts but Cat Planet Cuties will likely silence any naysayers about the genre and offer a great viewing experience to anyone who wants to pick it up.