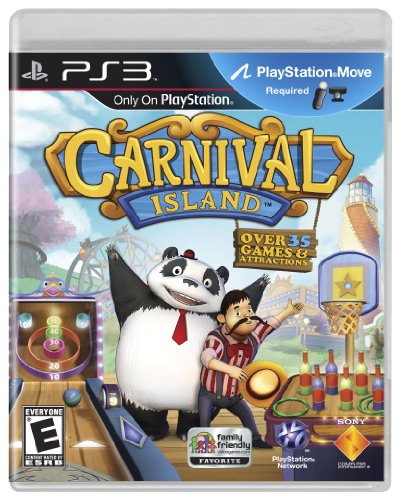 Overview
The Playstation Move is quite impressive as a piece of technology. The major problem is that, despite it being somewhat referred as the core gamer’s motion controller (despite the constant Middle Age mobbing of motion control by this crowd), it has recently seem a plethora of games targeting a more casual audience. Carnival Island is one of those games. It is essentially a collection of carnival based mini games circling around the survival of a carnival. The player will play as one of two children tasked to save this particular carnival from black and white doom. So, can Carnival Island sway the casual crowd? This reviewer questions whether it can achieve such a feat. 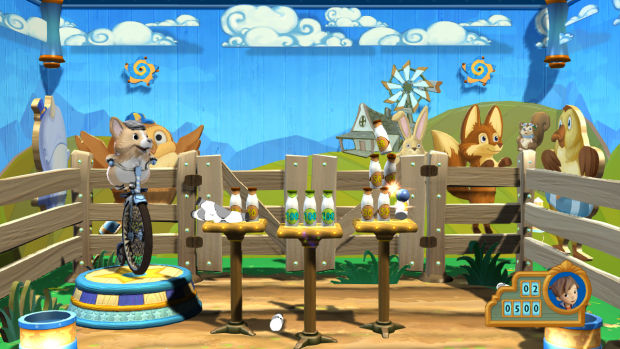 Story
There is a story attached to Carnival Island. One sunny day, two children (one male and the other female) are playing on a wharf. Suddenly, two tickets drop from the sky. The children pick them up and travel to the local carnival. Sadly, when they arrive, it lacks colour and the ticket vendor is asleep, probably dreaming of better times. Upon awakening, the ticket vendor notices the tickets. There, the carnival comes to life in full colour glory. Also, the children are introduced to a panda, who will be cheering them on. Upon entering the carnival, those magical tickets re-colour the carnival. It is up to the children to bring the carnival from the darkness and bring back the colour of Carnival Island.

There are no words to express the amazement at the fact that there seems to be some form of story in a game like Carnival Island. With that being said, it is quite shallow and basic. However, does the story of Carnival Island have to be a masterpiece? No. It does its job well in introducing the setting and characters (to an extent). Speaking of characters, our main protagonists do not speak a single word, despite being at that age where they surely can put a complex sentence together. But the idea is a little interesting and it does appeal to a younger audience. In that light, then, one can say the story is alright. Not a masterpiece of video game storytelling, but alright. 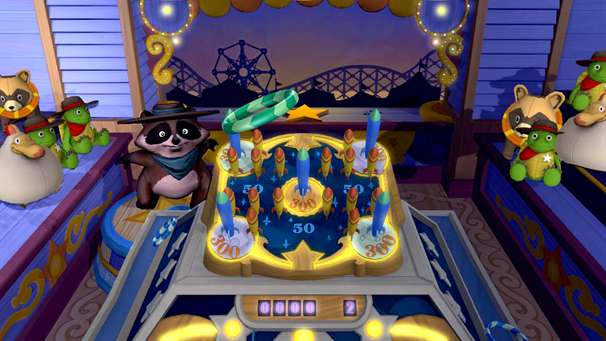 Gameplay
Carnival Island is the average collection of mini games which have flooded the motion control market this generation. Since it is set in a carnival, games such as ring toss, hoops and mini-bowl are all featured. Each mini game is accompanied by a set of nine challenges for the player to complete. Completing these challenges is the mark of progress in the game as it unlocks both cuddly zoo creatures to cheer you on and different variations of the basic form of the mini-game. Ring Toss, for example, has a variation where the player must throw rings into rockets to score points. Usually one challenge is needed to unlock a cheerleading creature and two challenges are all that needs to be done to access the different variations of that particular mini game. There are 35 different games in the compilation, so there is no shortage there.

What seems to be the problem is that this is what the game is basically. It is quite formulaic, despite adding variations that are quite interesting and creative. It becomes really mundane and tiring to play, which is unfortunate. Of course, the intended target for this game is young children. They might find the variations quite entertaining, but the problem is that it might not last. This brings this reviewer to the actual responsiveness of the Move in Carnival Island. It can be said that the motion control is done very well. It is quite responsive and very accurate. There was not a frustrating shout within earshot of anybody, only because no frustrating shout was required. It does not screw up in any way, which is great for anyone. 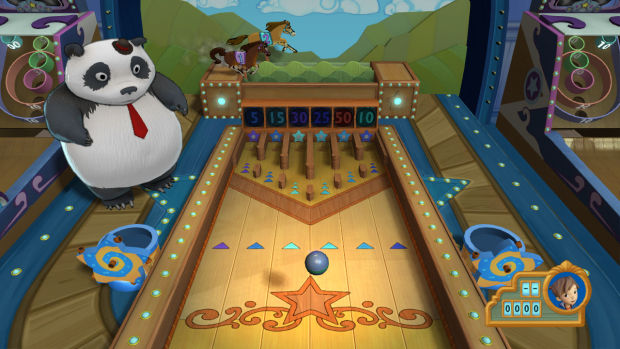 Outside of the mini-games, there are extras to collect. The most prominent extra exist at real carnivals and are rewarded for the effort one gives in these type of games, whether it is at a carnival, an arcade or somewhere similar. These are, of course, tickets.  Not only does the player receive a zoo animal and a variation to the mini-game, but also they receive tickets. Unlike the former two, tickets are rewarded based on the player’s score with that particular playthrough. With these tickets, the player can purchase an animal balloon or some sort of item sold by an old lady, which can be used to dress up the player’s chosen character. Here is some advice, though: the latter is a complete waste, since the character is barely seen in the game. The Playstation Eye does not miss out of the action either. There is a distorted mirror attraction, similar to those “hall of mirror” attractions. However, it is very shallow, only offering three very basic effects to the picture.

Of course, compilations of mini games always feature some form of multiplayer. Carnival Island does not disappoint at that end of the gameplay spectrum. Using single or multiple Move controllers, players will go through the same mini games present in the single player mode. Really, there is not much that can be said with multiplayer expect for that. Is it fun with others? Depends on the crowd the player usually hangs out with. Basically, a family with young children might find it as exciting as the Wiggles live, but the rest would probably ignore this game altogether.

All in all, despite how well the motion controls are, the gameplay is basically falling into the formulaic mini game compilation that seems to imbed the motion control market. Despite variations of games, the process to progress will be the same every time, which boils down to completing challenges here and there. Multiplayer offers some respite but it does use the same games. With a mundane process, Carnival Island’s gameplay offers a shallow experience that could have been something more. 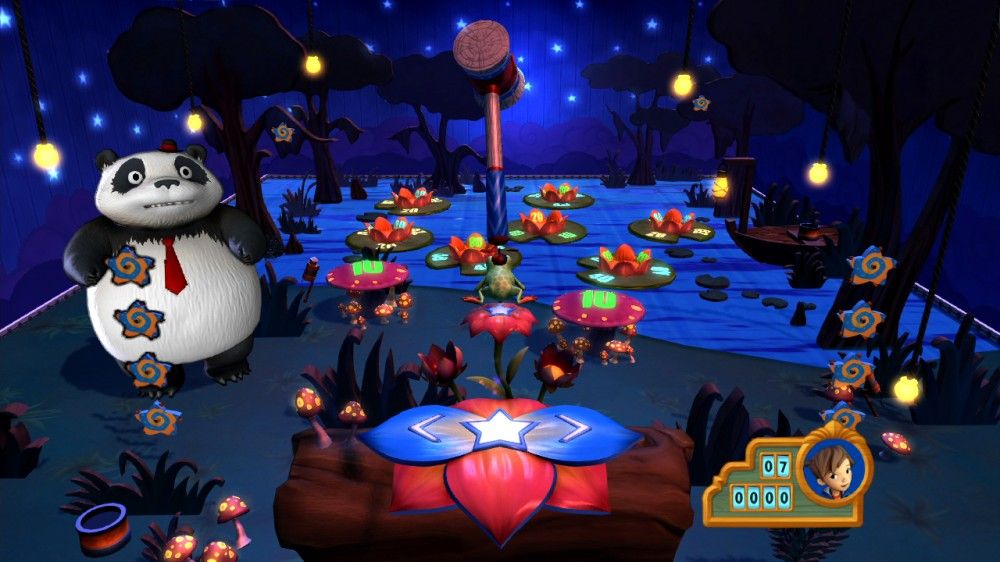 Visuals and Audio
The visuals and the audio are not elements of the game to sing high to the heavens. This does not mean that they are not terrible either. They do look quite good. The models and animations are smooth and well designed. The environments (post colour) are bright and vibrant, bringing to life the setting of the carnival. The strongest point, however, has to be that animation in the cutscenes. The hand drawn animations are bright and full of life, given the right amount of detail. The audio also fits the bill with tunes to fit the carnival scene.

Overall
Despite good visuals and audio and a very responsive control system, Carnival Island seems to bring another formulaic mini game compilation that can become very mundane and boring very quickly. The extras, such as the use of tickets, offer no real reward, something that is achieved at real carnivals. Multiplayer is only fun with the right people. The story is quite basic but the younger members of the family will enjoy it. Despite it being somewhat of a solid game, Move owners with other intentions in mind shouldn’t run away to Carnival Island.