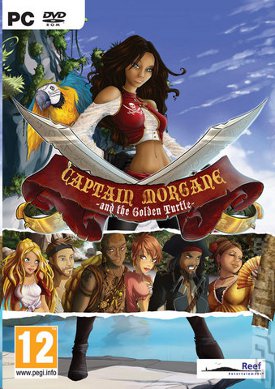 Overview:
Captain Morgane and the Golden Turtle is an old school point-and-click adventure game much in the same vein as the Monkey Island series.  Captain Morgane is also a sequel/prequel to the So Blonde adventure game from 2008.  On the PC it was fairly straight forward, though being heavily reliant on the mouse, so other versions are probably reliant on the DS stylus, Move, and Wii-Mote respectively. 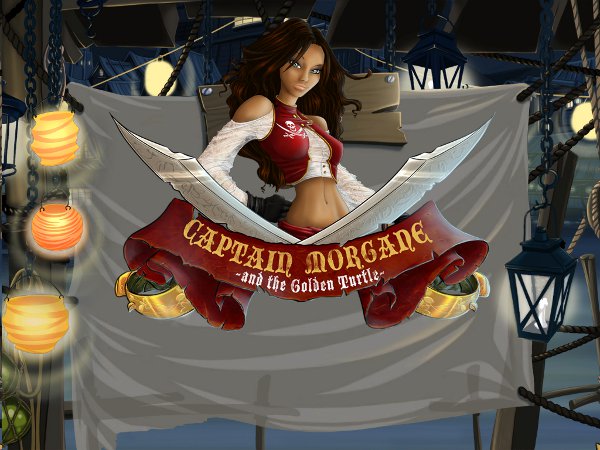 Going back to Monkey Island, Captain Morgane features a lot of the same kind of humor.  Though the protagonist is more of the straight woman, than the bumbling fool.  With pop culture references galore, it’s almost its own mini-game to try and find them all across the 10 chapters and 5 islands.

Story:
The game begins with a solid introduction of the character as a small girl, with hopes of being a pirate captain like her father.  This only lasts the first chapter, but it serves as a perfect way to adjust players to how the game works from collecting items, to using them, and combining them.  Even effectively establishing several of the character relationships that become important later in the game.  This works great for the game and works to develop an attachment to the characters. 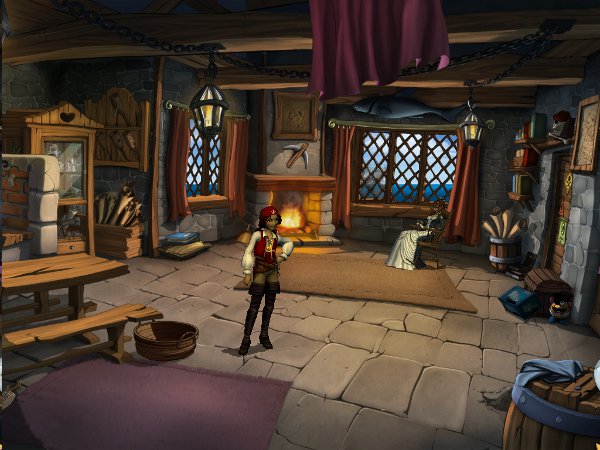 The main story of the game takes place about 10 years after the first chapter.  It focuses on the Golden Turtle and the quest to find it, as well as Morgane trying to prove herself a capable captain to her father.  But, there are plenty of side stories that go on throughout the game that tie back to the initial chapter, bridging the gap.  With a sizable story, the game covers a lot of stuff, though one of the downsides is that the game has a great conclusion to the main story, several of the side stories are kind of left to interpretation.

Visuals:
The visual style of Captain Morgane has three different forms.  For the vast majority, characters are 3D models and backgrounds are very detailed, which of all the forms looks the best.  Cutscenes in the game are done through simple 2D art that is much more simplistic.  While not as detailed it still conveys the mood effectively and once you get used to it, the switch between them isn’t very daunting.  The last form is in the mini-games, that are 2D art but characters are done in a chibi art style, which can be kind of distracting.  These sections are generally pretty short though, so it isn’t too bad. 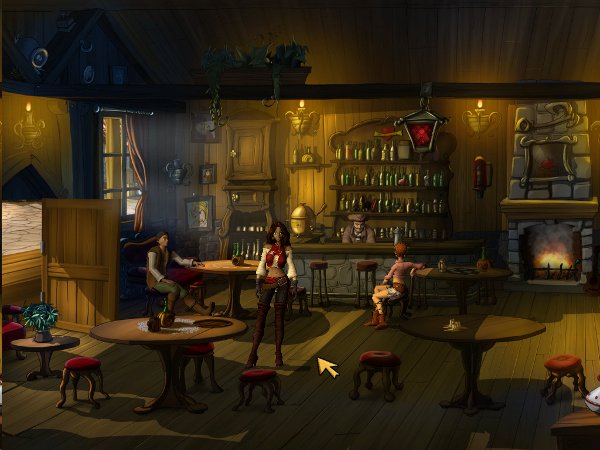 All the characters in the game look very good and there is never an issue telling them apart between forms.  The 3D models are very detailed and outside of a few issues with animations that are more relevant to the gameplay there are no real problems.  The backgrounds are also great to just look at and appreciate, plus with all the pop culture references stuck in they are nice to look for when waiting for characters to move around.

Audio:
The music of Captain Morgane has the standard Caribbean feel, but there is a certain hint of more modern flavor.  It isn’t annoying and shouldn’t grate on nerves while playing for the most part.  It feels the part for the game, which is more than can be said for some of the sound effects.  Now, yes, the game is comedic, but some of the sound effects are a little more slap stick than seem appropriate for the game.  Sometimes to the point where it kind of interrupts the mood. 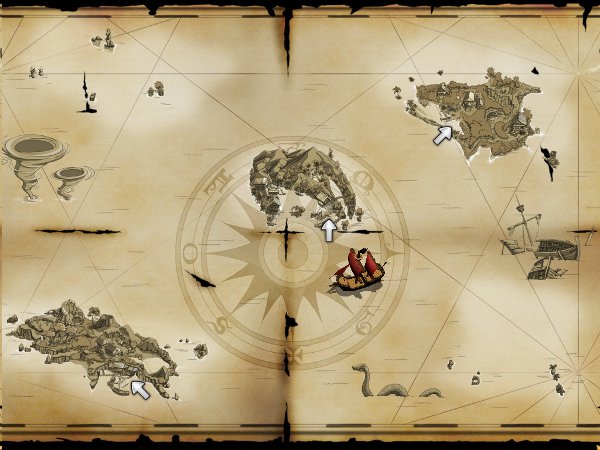 Voice acting though is nearly perfect, as there are only a few problems and those are very far between.  The game also gives lots of options in terms of voice acting, including German, Spanish, and more besides English.  The subtitles don’t always match up, but that seems to be more of an issue of choosing the best sounding line and not necessarily the one specifically written.  The only real issues are a few lines that seem to have the wrong voice, both of which being for Morgane, so they are easy to notice after listening to her the entire time.

Gameplay:
The vast majority of the time is spent in the point-and-click style of gameplay, but actions are more condensed than in others in the genre.  Things tend to have only two actions, everything can be examined, but things with two actions the other will either be to use or talk depending on what it is.  The game has also built in a “tip” system that indicates all the things that can actually be interacted with, which can be turned on and off.  Though it is highly advisable to just leave it on for inexperienced players or it will become somewhat of a pixel hunt.

Difficulty is what can be described as “adventure game” hard because if there isn’t a solid clue what to do, all that can be done is use every single thing on every other thing or person until something works.  To make up for this, most mini-games and some puzzles can simply be skipped by selecting the “cheat” option instead of “play”.  These aren’t too bad in and of themselves, sometimes being a nice break. 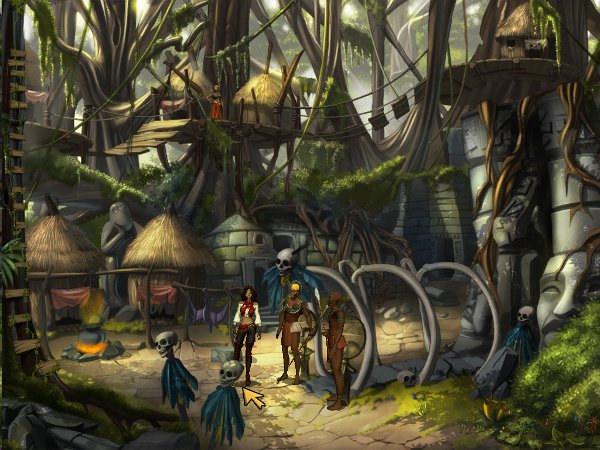 The only big issue with gameplay is that when in conversation the audio and special animations aren’t specifically linked, so conversations will pause until the animation is complete then pick back up.  This can really slow down the gameplay and make conversations drag out, giving plenty of time to look over the background.  Similarly, walking animations seem to be  slower than they should be, so moving from place to place can be kind of a pain.

Overall:
Captain Morgane and the Golden Turtle is an awesome game, that fans of point-and-click adventure games should be sure to check out.  The story is solid, the characters are fun and interesting, and the positives greatly outweigh the negatives.  It’s a decent length too, though length really depends on how quickly a player can figure out what they should be using together.  While it’s currently only in Europe, it’s coming to Australia soon, and hopefully reaches the US.