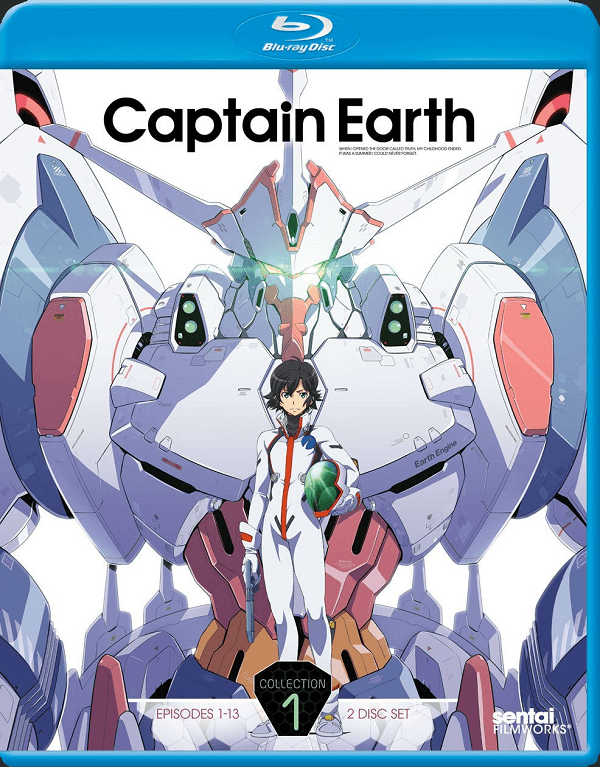 Overview
The mecha genre is one of the oldest anime genres around and for good reason. Many of the most popular series that people still talk about years later happen to be mecha anime, but thanks to this success numerous other series have tried to gain that same level of popularity. This means that nowadays, a mecha anime must really set itself apart in some way to be memorable and now that the first half of Captain Earth has been released in Collection 1, is the series worth picking up?

Story
Daichi Manatsu may be nearing the end of his time in high school but he has very little ambition. With the loss of his astronaut father ten years ago to an apparent accident, Daichi has lived with uncle and despite having a number of friends, spends most of his time playing video games and shutting himself away in his room. That all changes when he sees a mysterious ringed rainbow on a television broadcast, awakening lost memories of a similar rainbow he saw as a child. 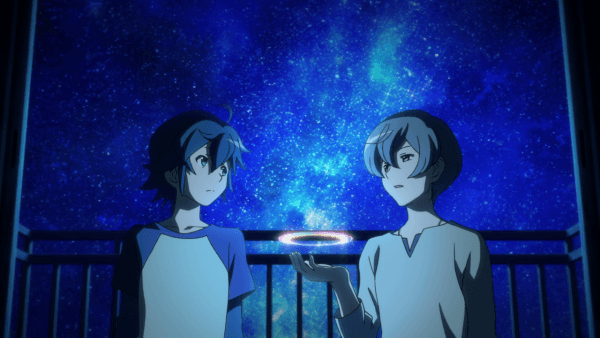 After venturing to the area where he previously saw the rainbow, he finds himself thrust into the middle of a war for humanity. An alien race called the Kill-T-Gang has managed to reach near immortality by surviving on various planets’ “libido” (also called Orgone Energy.) The group has spent countless years waiting for humanity to mature to the point that they will provide the best harvest and this all started ten years prior when the group made their first appearance.

Suddenly able to call forth a Livlaster, a gun capable of activating the giant robot Earth Engine Impacter, Daichi is thrust into the fight against an approaching member of the Kill-T-Gang and with the help of the forces at Globe, an organization created specifically to fight against these aliens, he manages to repel them. Learning that his father was also a member of Globe, Daichi is soon reunited with a number of friends from his past and forms the Midsummer’s Knights in order to prevent humanity from falling to the enemy. 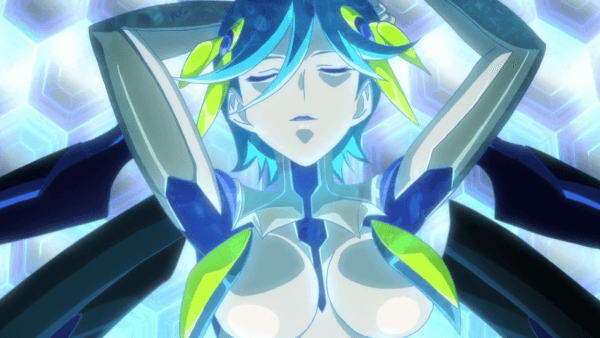 With the Kill-T-Gang able to take on the guise of human form, they begin building their forces up by awakening “Designer’s Children” that have been living amongst humanity for years in order to take down the members of Daichi’s group the Midsummer’s Knights. With Daichi and his friends doing their best to stop this from occurring, numerous organizations and factions on Earth begin to move to put their own plans into motion.

Despite the interesting sounding premise filled with plenty of technobabble, Captain Earth fails miserably when it comes to delivering anything worthwhile for a large portion of the thirteen episodes that make up this release. Until the last couple of episodes where some the exploration of a Designer Child’s past is brought to light and delivers some interesting storytelling, the series can simply be described as uninspired and incredibly predictable from start to finish, especially in regards to most of the core characters’ background stories. 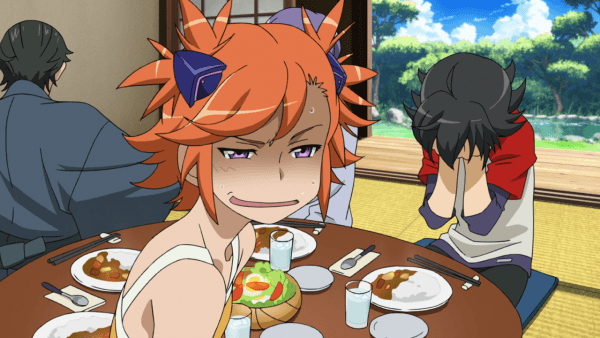 Perhaps it is due to the fact that Captain Earth was created as a twenty five episode series, but keeping the audience engaged throughout the first half of the storyline is a must and unfortunately that happens to be where things begin to fall apart. With the exception of the rather hilarious standout character of Akari, all of the core cast members are unlikable, making it difficult for viewers to want to stick around and watch, but the aforementioned predictable nature of the series results in numerous clichés piling on top of one another where you can’t help but laugh at how various events unfold.

If the ending of the final episode of Captain Earth: Collection 1 is anything to go by, perhaps the series will start to deliver in a big way past this point. The series is certainly capable of it with a handful of memorable sequences standing out amongst the generic feeling of everything else. That being said when you have to try numerous times to make it through a few episodes that are laughably bad, perhaps that pay off just won’t be worth it.

Visuals
A major plus for Captain Earth is the amount of effort that Bones has put into creating some amazingly detailed looking mech designs and combination sequences that translate well into the few action sequences that take place in the first half of the series. With some very detailed looking backdrops these action scenes tend to be very enjoyable, though those looking forward to melee bouts will be disappointed as most of the action that takes place is through long rage combat. 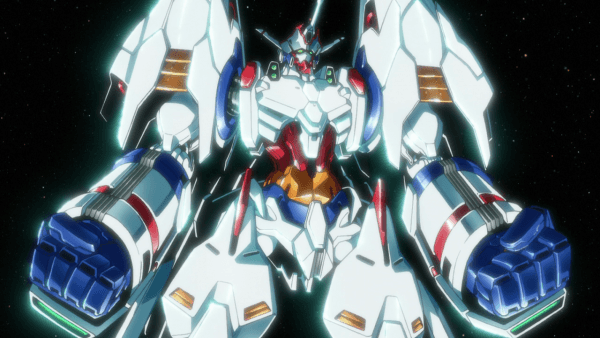 The designs for the cast of characters outside of the mechs features a nice level of variety to keep things interesting though I must say that the attention to detail in these simpler sequences drops quite a bit. It is worth noting that there are some very minor moments of fan-service, however nothing is shown and these sequences are played for jokes to get a rise out of Daichi and little else. 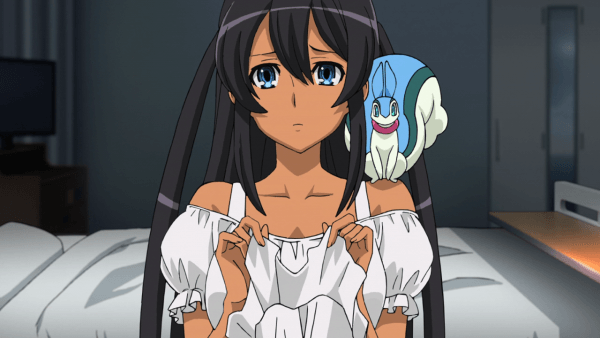 The background music throughout the series is fairly standard during the slice of life moments though there are a number of outstanding insert songs scattered throughout the release and a number of tracks that are played during action sequences are quite exceptional. The opening theme for this first half is the energetic but generic sounding “Believer’s High” by flumpool and the ending theme happens to be an enjoyable song called “Amethyst” by Ai Kyano.

Overall
If the stunning presentation and amount of detail that has been put into creating Captain Earth’s various mech sequences and the interesting character designs was mirrored onto the quality of the writing then Captain Earth would be off to an amazing start since build-up for events in a series such as this is important. Unfortunately that is far from the case as the first thirteen episodes found in Captain Earth: Collection 1 presents an interesting sounding premise that is slowly squandered with only a few brief moments of intrigue shining through in an effort to entice viewers to continue on with the series.