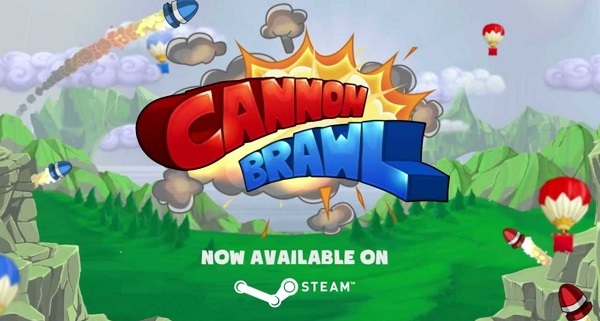 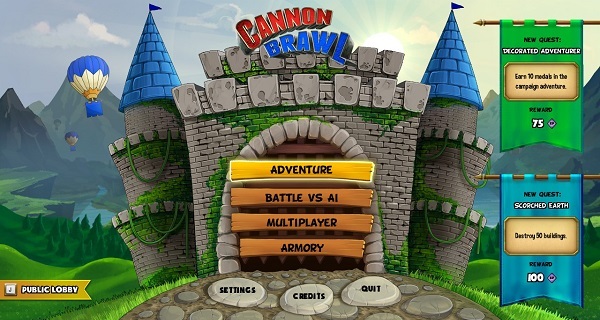 Cannon Brawl is a 2D Real-Time strategy action game with lots of tongue in cheek humour and explosions. The basic premise is simply: there are two opposing teams who attempt to destroy the opposing team’s castle through the use of a number of towers for both offence and defence. The game is heart-pounding, white knuckle, frantic gameplay as you desperately try to outmanoeuvre (and blow up) your opponent. 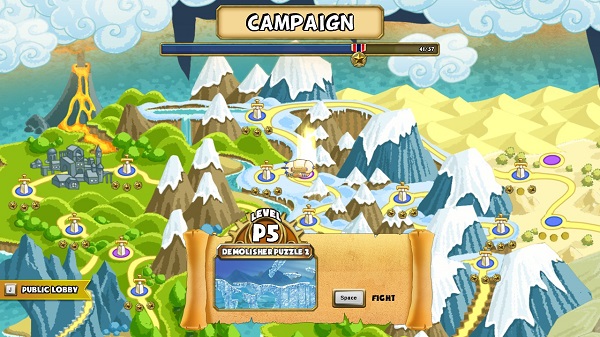 The story of the single player campaign is simple enough; you play as a steampunk princess whose father (the king) was kidnapped by your evil uncle. You work your way through the campaign, acquiring new towers, pilots, and rescuing the kingdom from your evil uncle. The campaign largely serves as an extended tutorial for the game as new gameplay elements, pilot special abilities and are encountered and unlocked. There are static cutscenes at the beginning of each level which sometimes deliver a funny line here and there but ultimately not enough to tickle your funny bone too much. The story, as you might have guessed, is not the main attraction here. 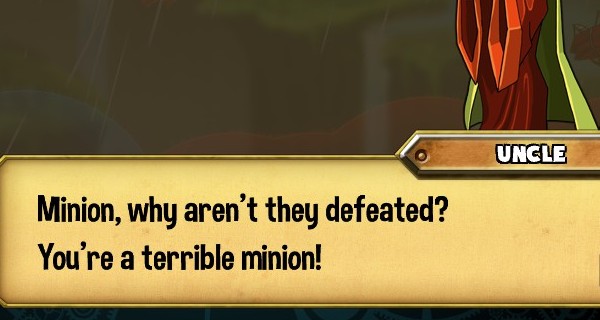 The gameplay basically breaks down into customising your load out at the start of a match by choosing a pilot (who have their own special abilities such as faster tower cooldowns or increased environmental damage) and selecting which towers you wish to play the map with. When you start the campaign, you are given a limited starting number of towers which consist of a mining camp (to get gold), a cannon tower (to blow stuff up at range), and a shield tower (to stop people blowing your stuff up). Most of these can be upgraded to increase their effectiveness and range. 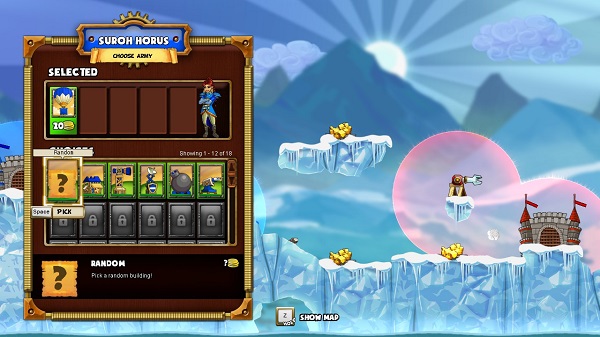 The match itself rarely last more than 5 minutes and involves the player moving about the map in a steampunk dirigible, building, using towers, and activating special abilities all in real time. Towers are all picked up and dropped from your home castle and can be placed in any area which falls under your sphere of influence (which is generated by your buildings and territory balloons you place down). You also have to manually activate your towers as well as aim where to fire the cannon/place the shield. This becomes a significant part of the gameplay as placement and aim can help you circumvent your enemy’s shields by firing over them with a fully upgraded cannon tower. 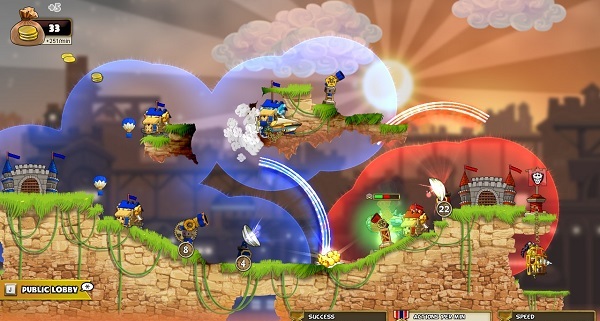 As you progress through the campaign, completing achievements and earning experience points, you unlock new towers and pilots which you can combine to make some pretty awesome combos. My personal favourite selection was a laser/rocket combo. A rocket tower would fire a projectile which would break up into several missiles and wreak havoc on an enemy’s shields. My laser tower, which would otherwise have it shots deflected back, would then be able to unleash its awesome power upon the unprotected castle of my opponent. This combo worked well for me on several levels but new elements were constantly being added in the campaign and alongside some tricky level design, I was forced to change my tactics. Awesome level design is also showcased in optional puzzle levels where you have a limited amount of resources, and shots to destroy the enemy castle. 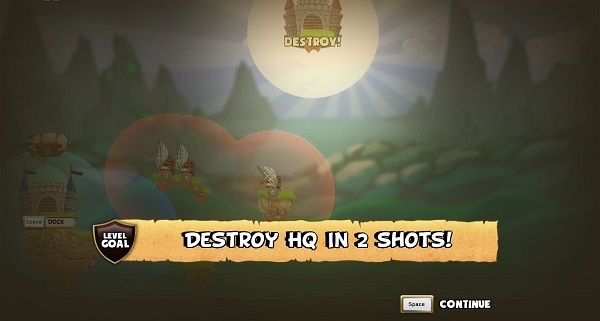 With these elements at play, the gameplay creates a pleasant (but tense) experience which tests your reflexes and lateral thinking. 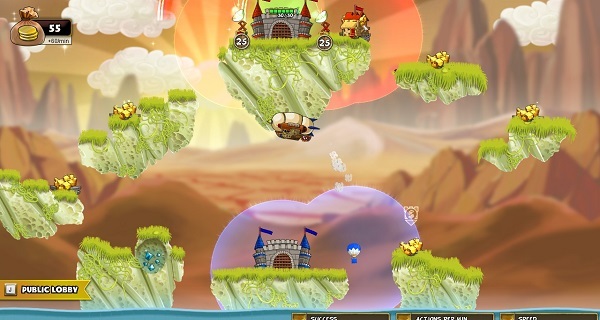 The art design is charming with an endearing cartoon steampunk aesthetic to the visual, especially the pilot designs. The maps are neither fair nor foul, but since you’re going to be lobbing explosives at each other in the game; it would be a shame to leave shell-holes in something particularly beautiful. The tower designs are both aesthetically pleasing and pragmatic as the art for each type and level of upgrade is distinctive enough that you can tell at a glance exactly what kind of tower it is. This especially important during those especially close matches where being able to tell exactly what you and your opponent have in your respective arsenals can mean the difference between victory and defeat.

I was largely satisfied with the sound design in the game. The music during a match is suitably tense as the action unfolds at breakneck pace. The menu theme is suitably upbeat to match the game’s cartoony aesthetic. The sound effects are also largely satisfying with the sound effects of cannons/lasers firing suitably providing an indication of what’s coming, which helps give you a split second to set up a defence or just watch the carnage… 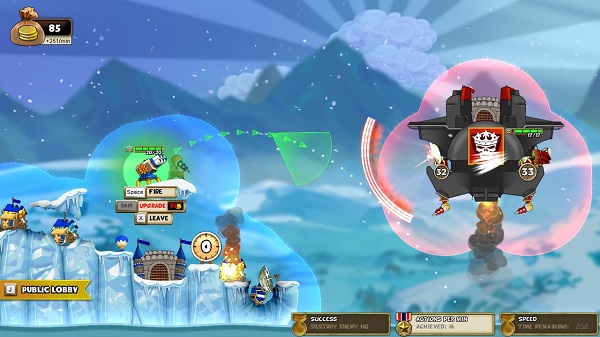 Cannon Brawl is a cleverly designed, twitch real-time strategy game. The single-player campaign is enjoyable and prepares you for the hectic nature of multiplayer combat. My terrible Australian internet connection precluded me from playing more multiplayer games, but the game is just as fun against the AI as it is against a human opponent. This game was not exactly my cup of tea but I definitely recommend as the starter to a night of gaming as well as something to bring out when friends are over.