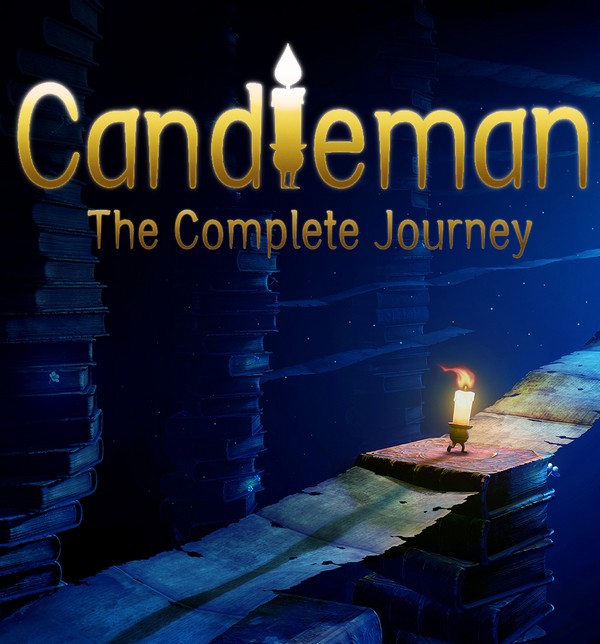 Most of the platformers have a simple premise. Avoid obstacles, get to the end of the level and save the princess (sometimes it could be a prince or a free loot box). But what if all of that is spiced up by taking away some elements we are accustomed to?  Decent lighting in levels, for example. Add a protagonist with an incredibly short lifespan and now we have something out of the ordinary. Meet Candleman.

As you might have guessed, our protagonist is a charming little candle. Waking up in a strange new world, it starts asking itself deep, thought-provoking questions. Who am I, where am I going, why am I a candle? You see a strange blue light in the distance and decide to follow it. The mysterious blue light has a nasty habit to jump from one end of the level to another, guiding you through new worlds, all in the hope that it might provide the answers to your questions at the end of the journey. 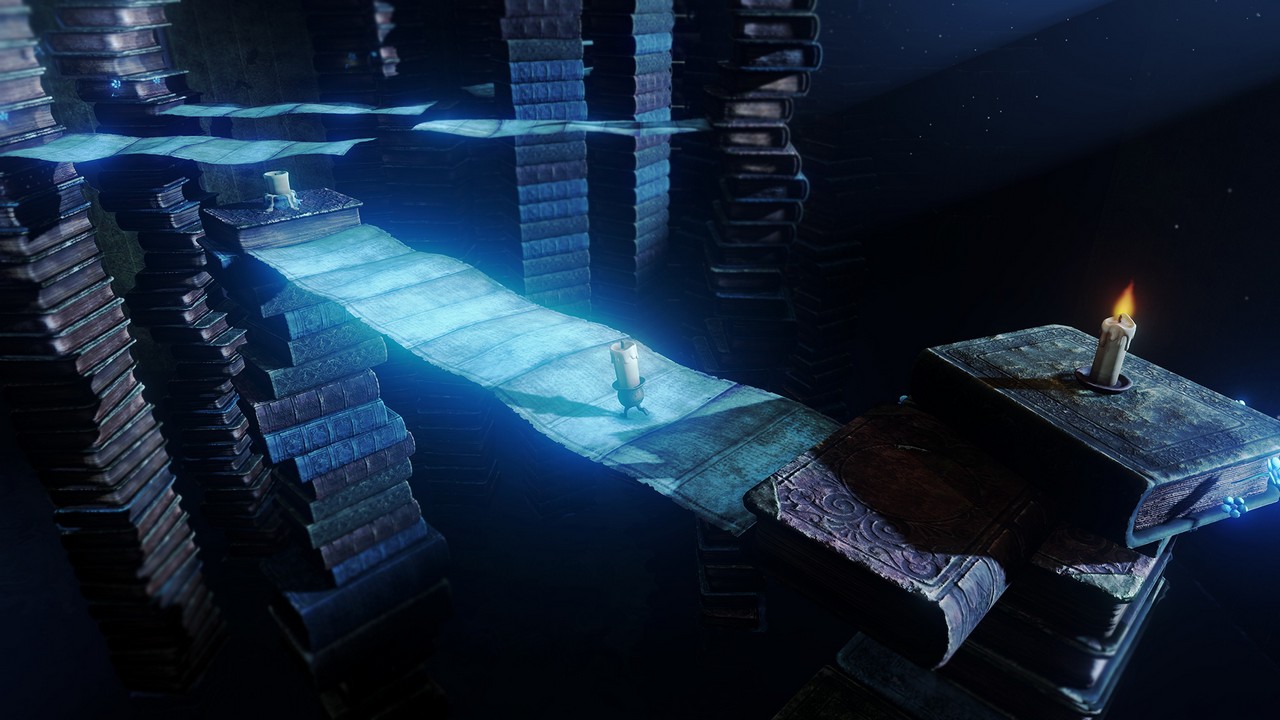 As much as the minimalistic story is pretty simple to follow, the gameplay throws some twists at you. Every level you start in is dimly lit. You can distinguish some shapes and obstacles but it is hard to tell if something in front of you is a pitfall or a hard surface. Fortunately, being a sentient candle gives us the ability to light up our surroundings and see what’s around us and where to go next. However, we can’t afford to burn for more than 10 seconds or else we melt pretty fast and meet our demise in a small vax puddle. So what now? The key to progress, stay alive and not melt right away is good light managing, sort of speak. You need to tap the light key only for a brief moment and see what’s ahead. There are other non-sentient, stationary candles scattered through the level. Approaching them and lighting them up illuminates a small portion of a level and saves you the trouble of sacrificing yourself for that precious light. Usually, halfway through the map, you can find one big candle that also acts as a checkpoint on top of brightening up a small area. Later on, environmental dangers are introduced such as streams of fire, water or just simple pitfalls. The difficulty curve is something that’s nicely balanced as the game moves forward. The number of new ways to kill you steadily rises but the game never throws a bunch of them at you at the same time just because it can. 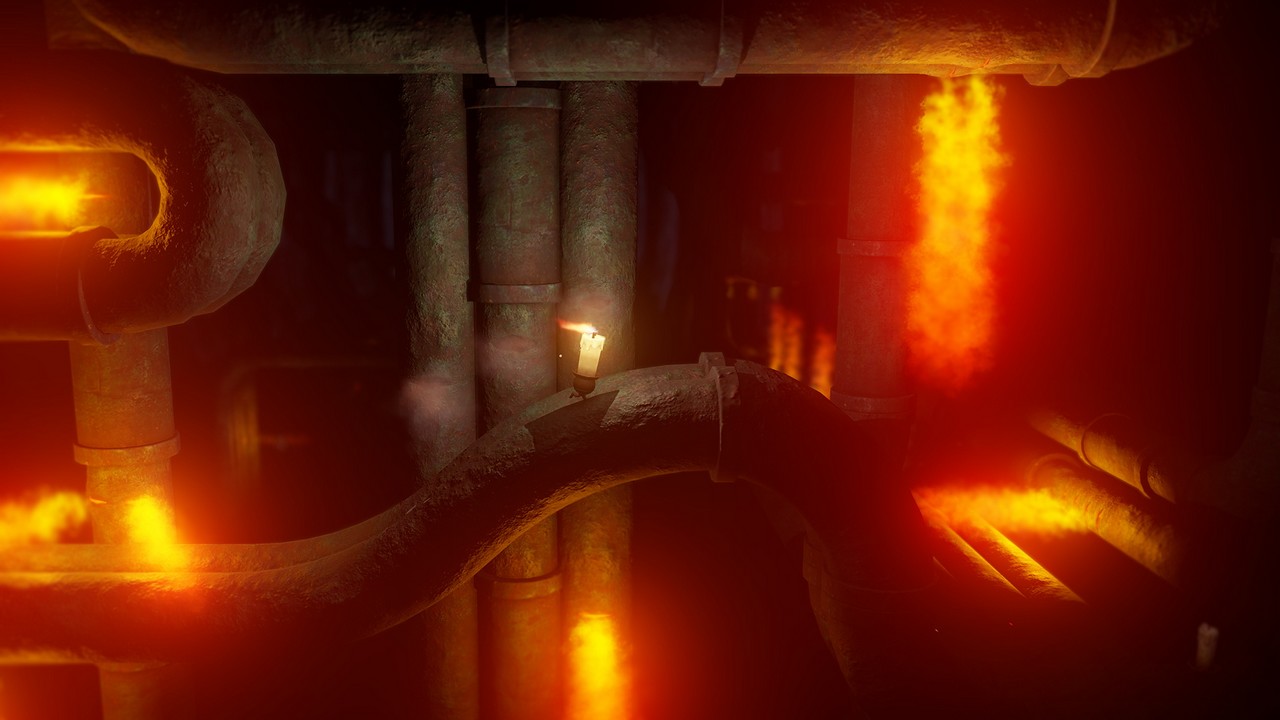 While the levels are pleasing to the eye, you won’t be able to enjoy much of their design at first. Only at the end when everything is illuminated and uncovered, you are able to see all the work that went into sculpting one. That changes in later chapters when periodical lights are introduces so you don’t need to rely on your tiny head flame to show you the way. First few levels in an initial chapter seem to follow a theme of a flooded ship but later on the creativity of the developers and level design really flourishes. From tall floating libraries to hot steel mills, the levels are gorgeous to look at as they are dangerous. If anything, the game is worth it just to gaze at the beauty of luminescent flowers in one chapter later in the game. 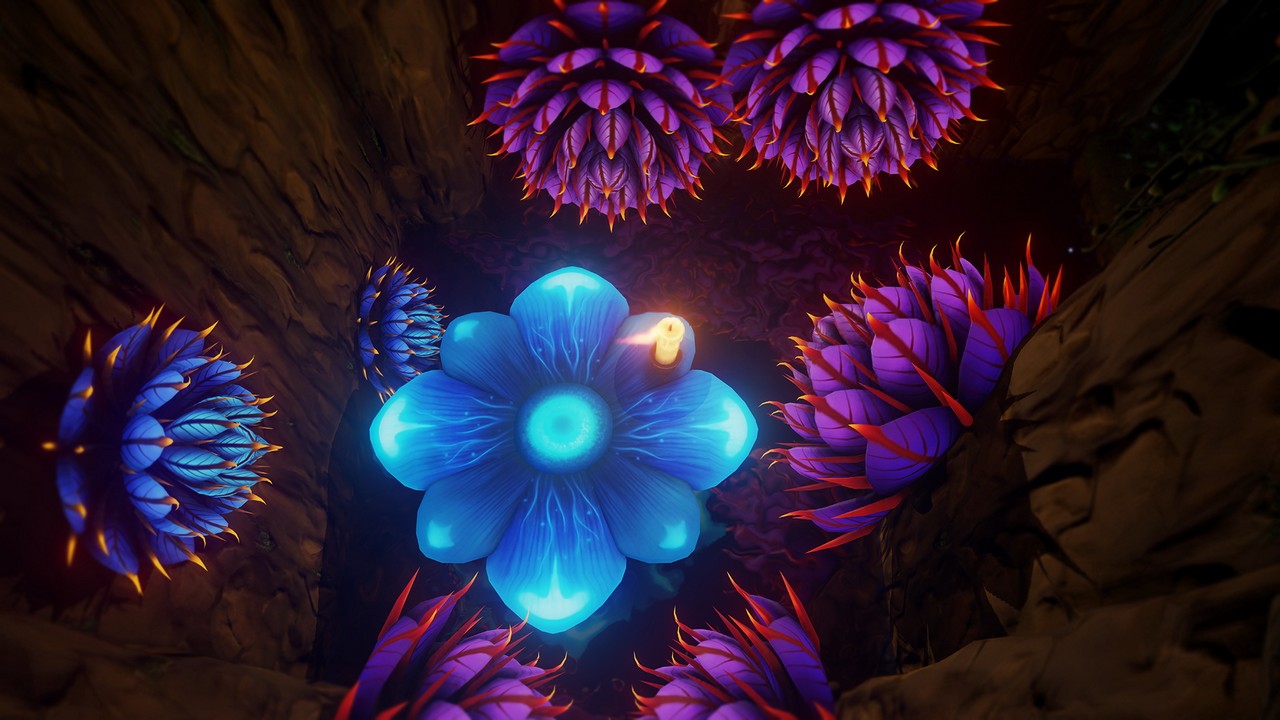 This is something I never expected to stand out in a simple puzzle platformer. The sound design is above average, to put it mildly. Echoing of heavy metal, water droplets hitting a steel surface, taps of your tiny footsteps, eerie gusts of wind……it all adds to the atmosphere. So much that I would recommend playing this game with a good pair of headphones for a better experience. However, it misses a chance to amp up the atmosphere with some good background music. You can hear some faint notes here and there but for the most part, you are left to your own imagination. 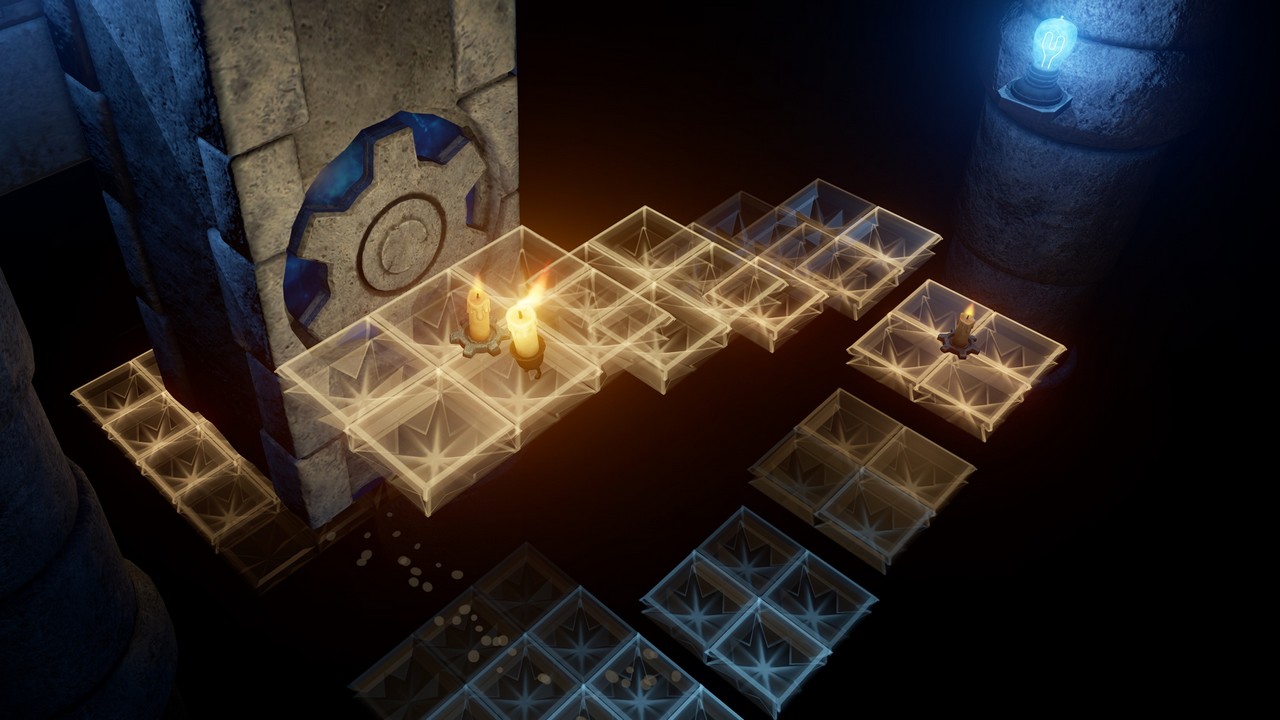 Candleman: The Complete Journey is a good example of “what you see is what you get”. It is a simple puzzle platformer with a few twists. An interesting light mechanics and a clever level design is enough to keep you interested, but don’t expect anything revolutionary. It was initially released for Xbox One but the Steam version comes with few enhancements such as support for 4K resolution, timed challenge mode and a Lost Light DLC with extra levels. If you are looking for a decent platformer with a fair difficulty curve and an intriguing level design, give this a go.
Capsule Computers review guidelines can be found here.

Remarkable level design and an eerie atmosphere put this game above average in the sea of everyday puzzle platformers.
7.5