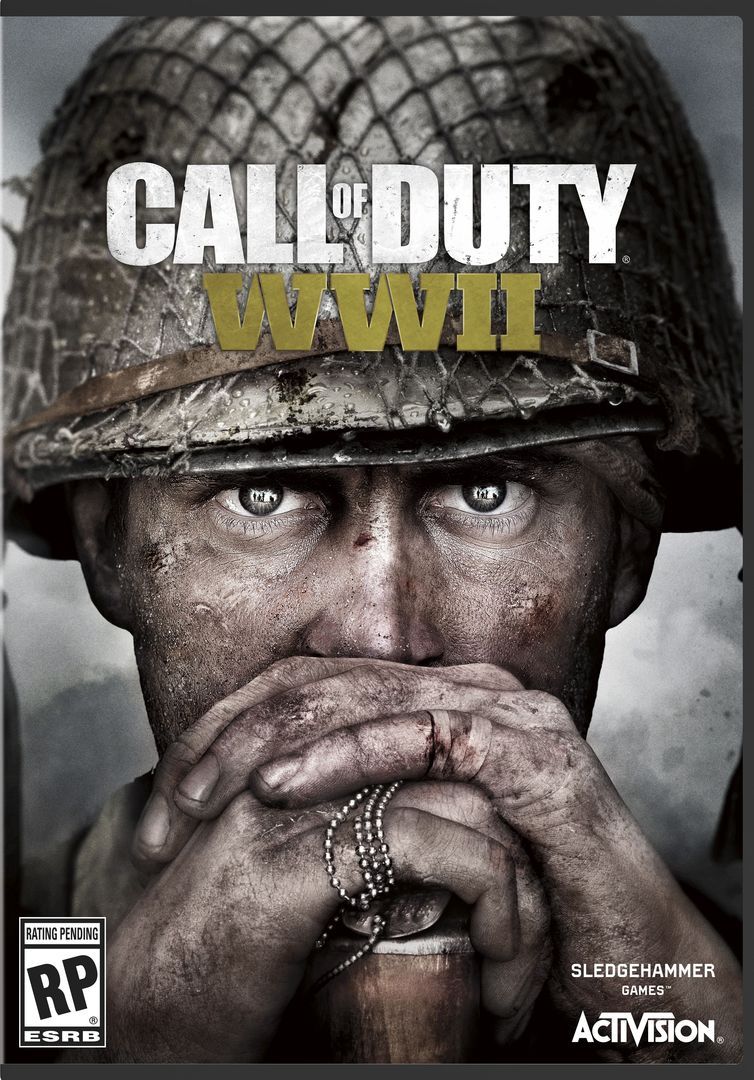 The yearly Call of Duty game is upon us, with this year following the trend of going back in time. Call of Duty: WWII returns to the franchise’s roots as a World War II shooter. The single player campaign focuses on the American’s push from D-Day all the way to the Rhine. On the multiplayer side, WWII goes back to the simpler gameplay from the early Modern Warfare era. 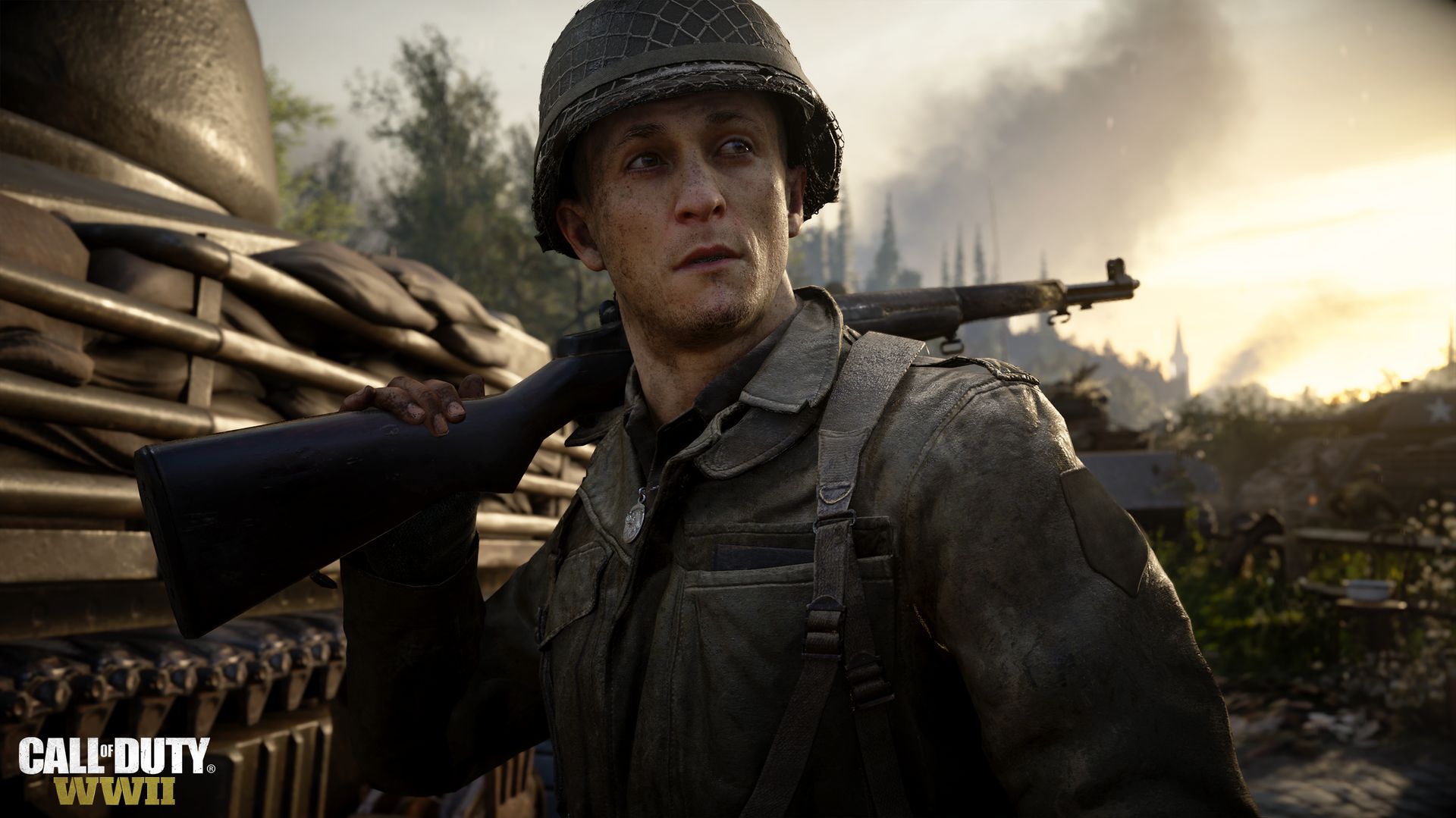 Call of Duty: WWII follows Red Daniels, a young farm boy from Texas who finds himself in the 1st Infantry Division of the United States Army as the Allied Forces makes its push on D-Day. It is a bit disappointing to see Sledgehammer Games go back to the over-covered Normandy invasion. The battleground is overdone to the point that 10,000 years from now, archaeologists might think that the Normandy invasion was the entirety of World War II. Much like the setting, the writers do not stray too far off the beaten path for the plot. The game feels like the standard WWII film, complete with all the character tropes. Pierson serves as an excellent antagonist in the game, but it all goes off the rails with the last-minute rehabilitation of his character with a good speech from Daniels. It all feels a little too cliché, too easy, and too unrealistic for my taste. However, after so many super-elite special ops stories coming out of the Call of Duty franchise since Modern Warfare 2, I actually like the return to the grittier, slightly more down to earth plot of WWII. Sure, it isn’t particularly deep, but it still makes for a solid war movie.

Call of Duty: WWII follows the same setup of the last few iterations with three distinct portions of the game: the single player campaign, multiplayer, and the co-operative Nazi Zombie mode. The single player campaign breaks from the same FPS convention started by Call of Duty by returning to non-regenerating health pools. It’s not as punishing as it sounds. Players store up to four health packs on their character and can replenish their supply by either picking up packs on the floor or triggering Zussman’s squad ability for extra supplies. I like the new health system. Since squad abilities have a cooldown between uses, the new health system forces players to be a little more careful, without being nearly as punishing as the traditional health pack system from two decades ago. While the ammo, health pack, and grenade replenishing squad abilities are a helpful addition, I found most of the time the other abilities were either useless, like the spot ability, or was just too much of a hassle to bother with, like the smoke markers for mortar strikes. 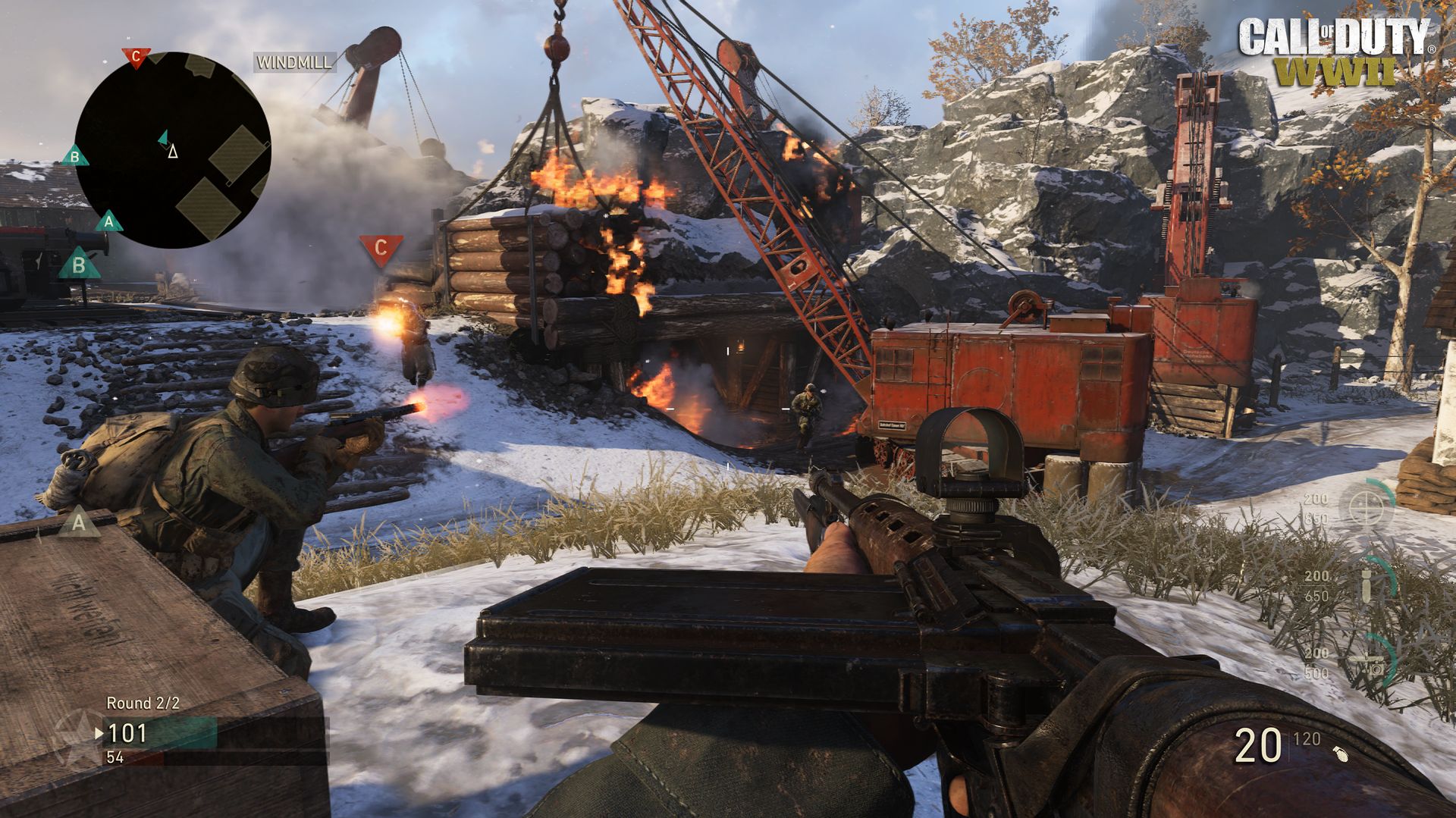 The single player campaign offers all the trappings of a FPS campaign. The levels are linear in nature, but feature a good mix of claustrophobic room-to-room close quarter battles and large epic set pieces, with a few sniper/rail shooter sections thrown in. Much like previous Call of Duty titles, there are several levels that also have players controlling tanks and planes. I noticed a greater emphasis on stealth sections in WWII. I really loved the design of the first half of the Liberation level. The memorization aspect of the level to protect your cover identity was a neat surprise from a series more known for Michael Bay-type action. In general, the implementation of the stealth mechanics was a bit simplistic as enemies had some unreal lines of sight and players had little option for distracting enemies in their path.

The PC controls are a bit of a mixed bag. The regular infantry controls are excellent. Everything is tight, responsive, and well thought out. My continuing pet peeve of multiplayer scorestreaks being individually bound to different is still on-going, but it’s a minor annoyance. The bigger issue lies in the mouse implementation. The sensitivity for vehicles and quick time events is abysmal. It feels as if the sensitivity is halved in comparison to the infantry. The mouse issues extend to smaller UI hiccups, like starred items in the multiplayer menu not disappearing unless they are selected with the arrow keys.

For better or for worse, Call of Duty: WWII is a return to simpler times. Bucking the trend of giving players more and more flexibility in creating classes in the past several iterations, WWII opts for a more rigid perk system with Divisions. Instead of players selecting all their individual perks, players select one of five divisions to give them a set of three perks and a special ability for a class of weapons. While Divisions can opt to equip a weapon outside of their specialty, but they lose out on the special ability. Players are allowed to choose one more perk for themselves no matter what Division they choose. Like every Call of Duty title, multiplayer has the full array of pistols, shotguns, SMGs, LMGs, launchers, and rifles. There are still some balancing issues to be ironed out, but nothing is absolutely broken. For me, all WWII is hitting all the right nostalgia buttons while still having its own personality. 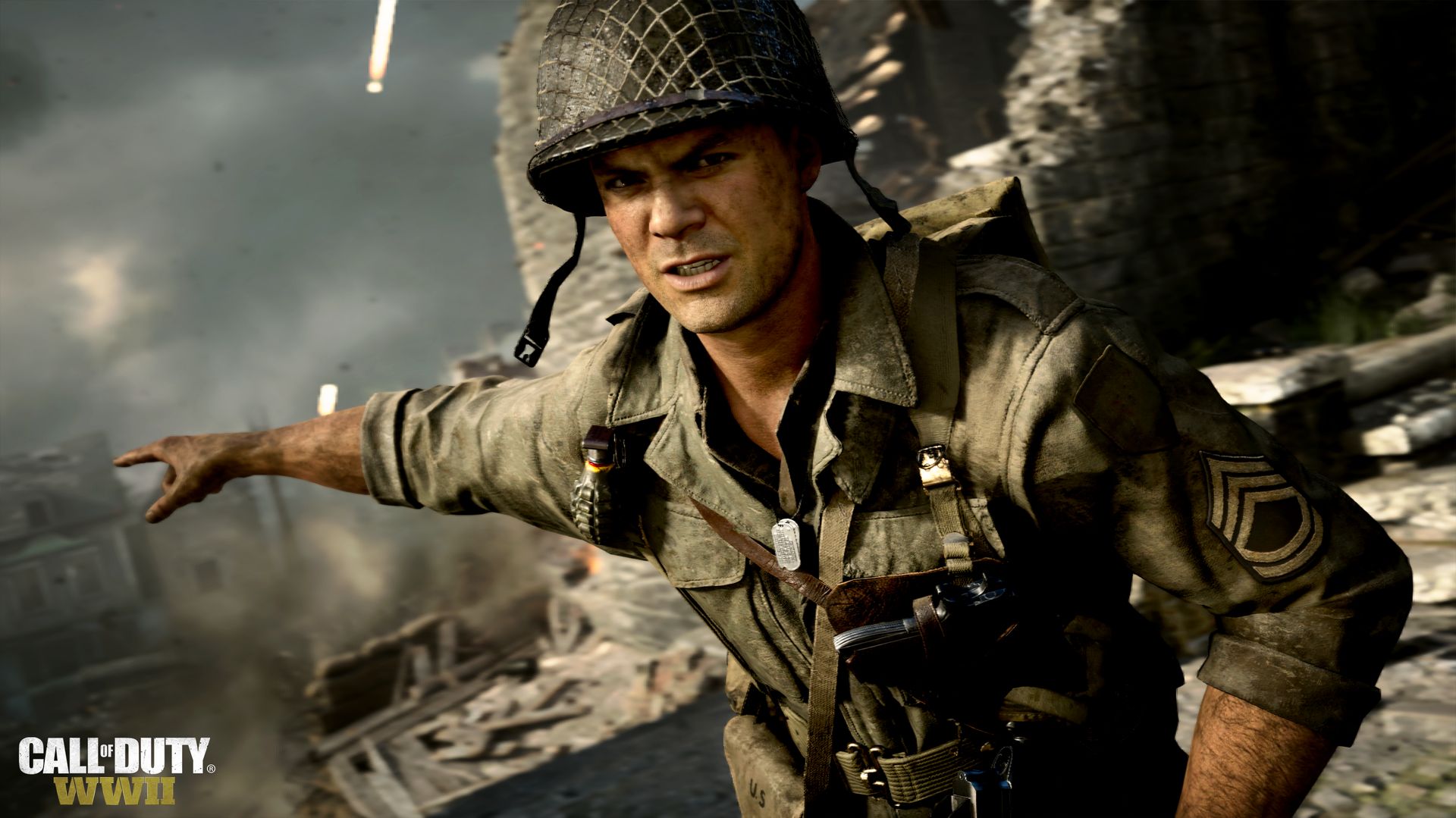 The major addition to multiplayer is the new objective based War mode. One side is tasked with attacking a series of objectives, ranging from escorting a tank to planting a bomb, and the other defending. A half time, the roles reverse, and the winner is the team that pushed the furthest or fastest. I am a huge fan of objective based modes, and I think War is a good fit for Call of Duty. It’s a fast paced mode that mixes elements of existing object based modes that have been tried and true for years. It’s an excellent change of pace from the same repetitive action of other modes. My only issues is with the first section of the Operation Neptune map. NPCs that are meant to shield the attacking team’s advance seem to stop spawning after two minutes, leaving the last four minutes to be an dull, frustrating bloodbath for the attacking Americans.

The new social Headquarters area is a nice touch, though a bit unnecessary for the game. I like that it works as a firing range for players to test scorestreaks and weapons. I would have preferred that collecting new orders and mail didn’t require a visit to Headquarters, like the quartermaster and supply drop functions. It seems like an unnecessary load screen for the times I just want to collect my mail and orders so I can hop into a game ASAP.

Multiplayer has not gone without its growing pains. Serious issues have plagued the game since launch, causing dedicated servers to be taken offline for some time and players being unable to connect to the game. On the bright side, dedicated servers have since returned, and issues have been slowly ironed out.

This year’s zombie mission is one large map that gives players some vague objectives they need to figure out. To make things more interesting, there are also plenty of side objectives that players need to sort out for themselves. I like the single player tutorial that teaches players the basics of the mode. It’s one of those small things that I feel the mode has always needed. 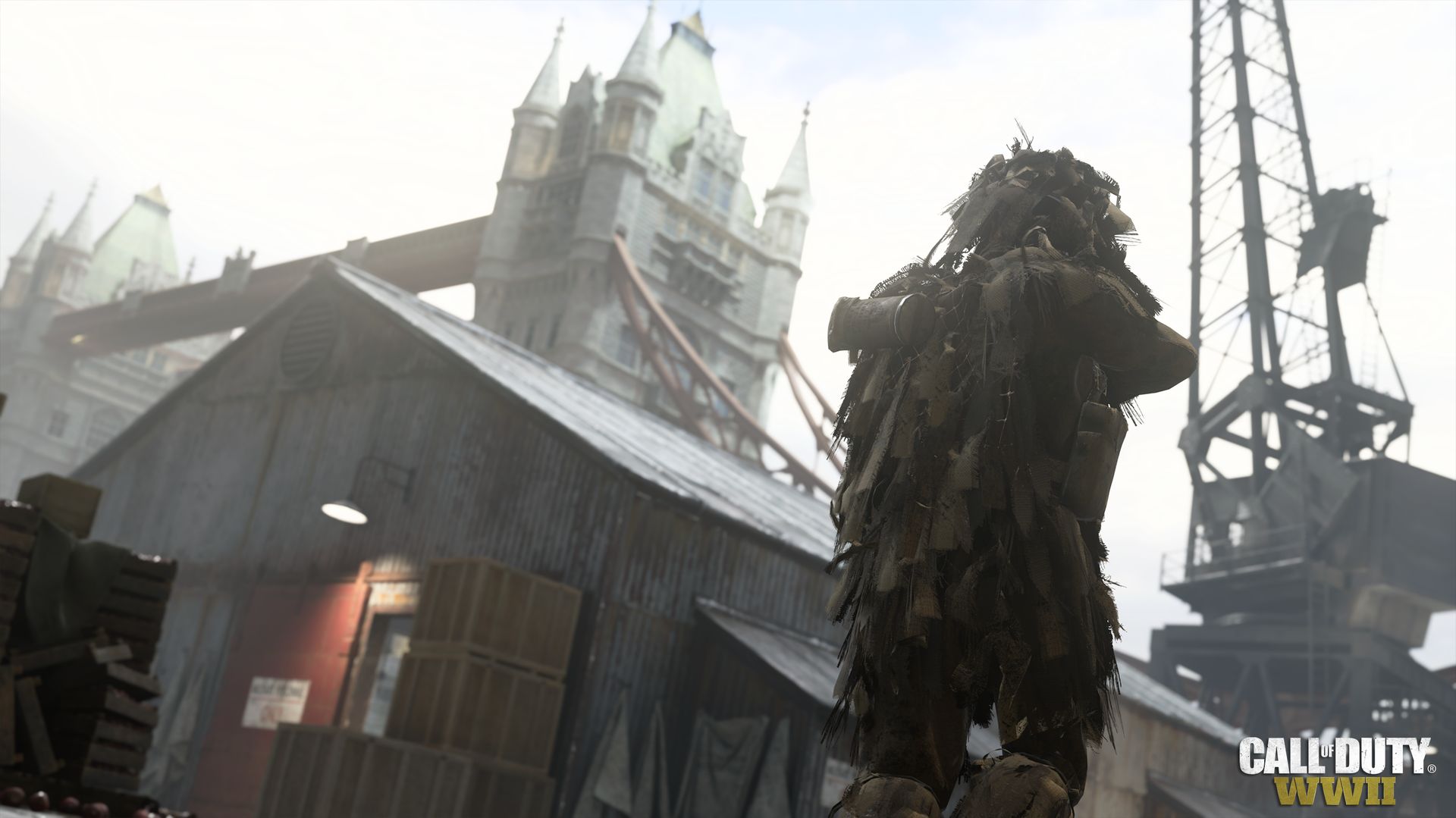 Call of Duty: WWII looks excellent. The cinematics look incredibly sharp, making it feel like we are soon approaching the point where we will have a hard time telling between live action and computer generated cutscenes. In game, the textures, models, and animations look solid. On the technical side, the game has all the in-depth customization options a good PC port should have, such as FOV sliders and separate resolution settings for display, rendering, and pre-T2X anti-aliasing. I didn’t encounter too many graphical issues, though I noticed the Gustav Cannon map always seems to run 10-15 FPS lower than other maps. 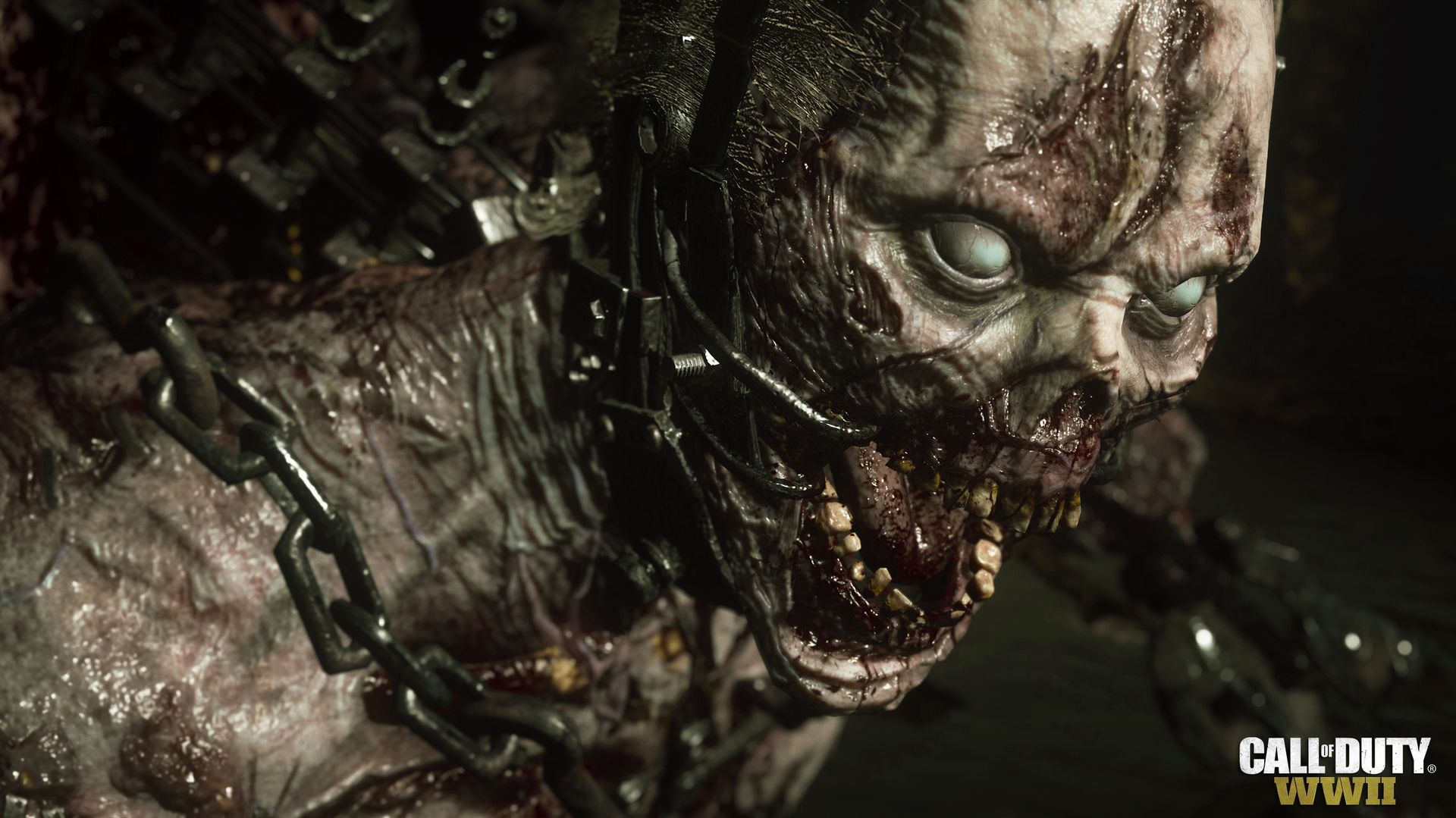 Call of Duty: WWII delivers a solid audio experience. The sound effects are all top notch. The game handles directional sound very well. The soundtrack is exactly what you expect from a war movie, with tense moments back with rubbing strings and epic film scores lifting up the big moments of the game. The voice acting is generally excellent. The only negative thing that comes to mind is that Olivia Durant of the Nazi Zombie co-op mode struggles to maintain her French accent at times. 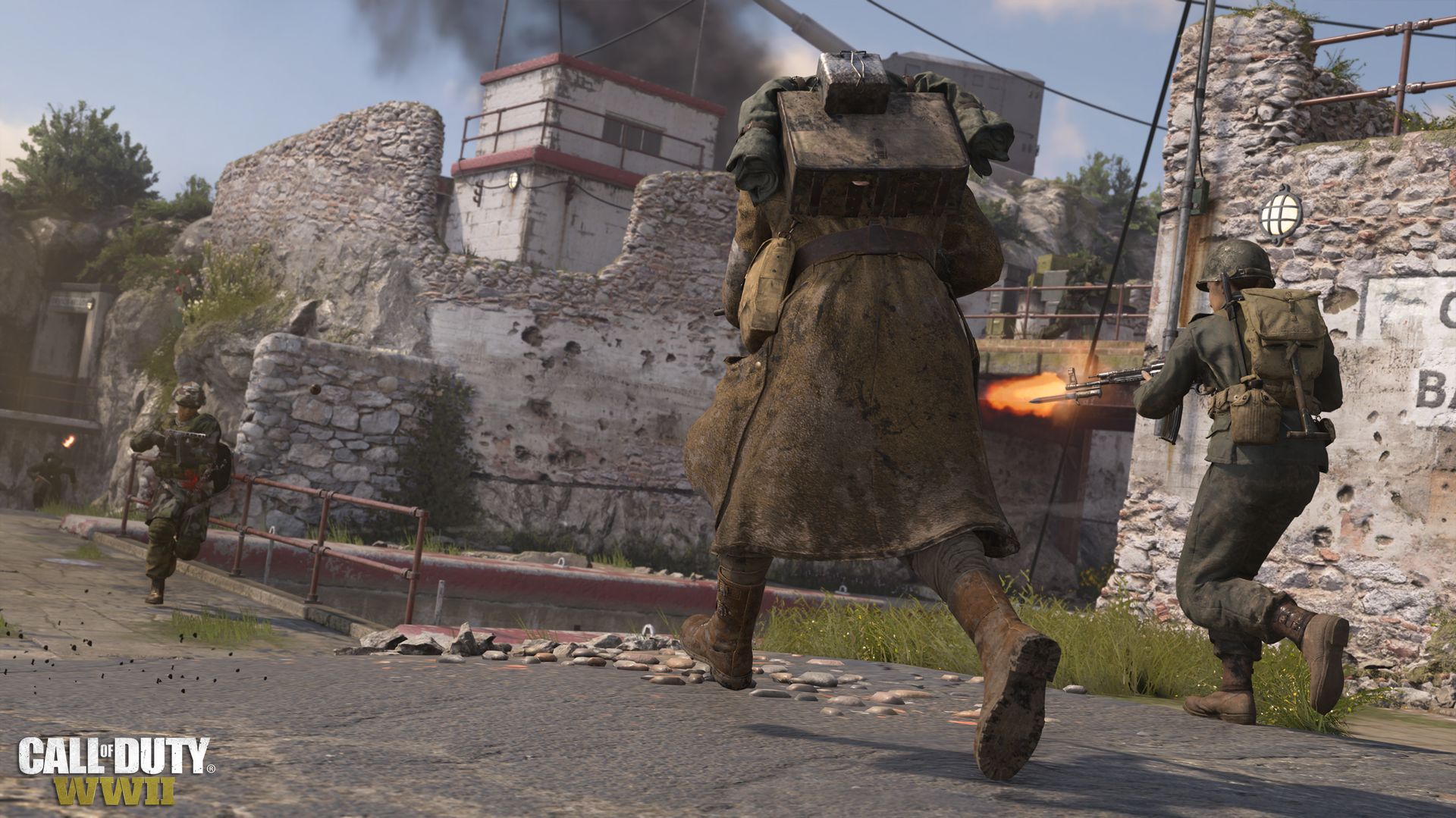 Call of Duty is the FIFA of the FPS world. New versions come out every year that makes tinkers with the formula here or there, but rarely making a wild or radical change. Call of Duty: WWII doesn’t stray far from the formula for both Call of Duty or FPS shooters, but the return to the series roots of simpler times is welcomed indeed.
Capsule Computers review guidelines can be found here.

Call of Duty: WWII is a welcomed return to simpler times.
8