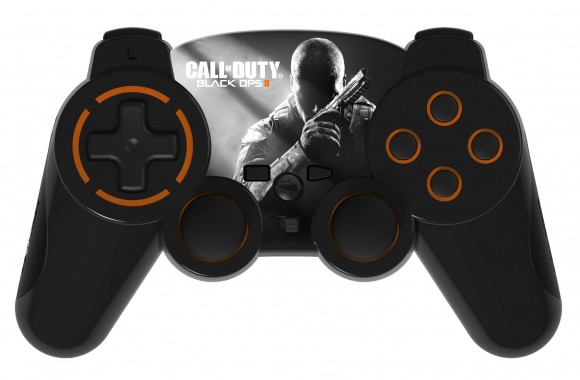 Overview
With every major gaming release, there will be a multitude of accessories sporting the logo or artwork. In this case, the Playstation 3 will be receiving an official Call of Duty Black Ops II third party controller. Distributed by Bluemouth Interactive, the controller sports the familiar Playstation controller layout with a few differences to the buttons. With some interesting features and design elements added, will this slick controller impress the Call of Duty or Playstation 3 fanatics? Here is the review. 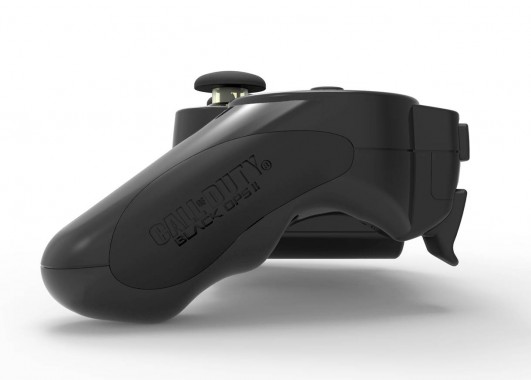 The controller’s appearance is nothing special but still looks good. The majority is a glossy black with the Call of Duty Black Ops II box artwork displayed in the middle. The controller is in fact bigger in size when compared to a first party controller, but the size difference is quite marginal. Looking at the official Playstation 3 controller, the top section between the shoulder buttons is actually curved rather than straight. This adds to the size and it gives more room to the artwork. Behind the controller is a detachable ion battery and indents on the handles. This makes the controller quite comfortable in the hands of any player. This is aided by two rubber grips on each side of the handle. These two rubber grips have the game’s logo carved into them.

In another controller review I had written (which you can read here), I mentioned that it featured LED lighting to light up the controller. The Call of Duty Black Ops trailer also features LED lighting to a limited extent. There is only one colour available, which is orange. The LED lighting is only fitted around the d-pad, underneath the analogue sticks and around each action (X,O, square, triangle). It looks average to be honest. I did discover that it is great for some night time sessions. Unless you are close enough to the TV or memorise the layout of the controller, the LED lighting is bright enough to help locate the buttons on the front of the controller. 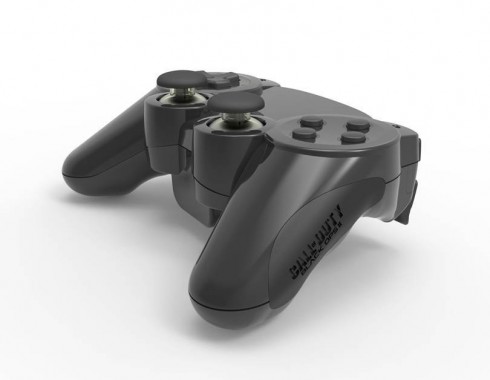 The button layout is the same as the Playstation layout of buttons. The analogue sticks are next to each other, a home button is included and all of the familiar Playstation controls are there. With that said, the buttons themselves are different in certain way. The d-pad, for example, does not feature four separate buttons for each direction. Instead, expect a connected d-pad. The action buttons are smaller and the L2/R2 shoulder buttons feature raised tips. They nestle the fingers into the shoulder buttons, which is nice. The select, start and home buttons are squashed underneath the artwork. The analogue sticks are exactly like the PS3 controller sticks. I did discover that the texture of this controller is rougher. An on/off switch is also on the controller. This is for the Bluetooth capabilities.

As for its function, it works well. The controls are very responsive, although I do feel that the L2/R2 shoulder buttons do need to be forced a little bit more compared to the official Playstation 3 controller. The size of the action buttons is no hindrance, neither is the design of the d-pad. That is until I discovered that it was a little hit and miss for different games. At times, the left analogue stick wouldn’t move my character or the L2/R2 buttons required more of a push when I though it was enough. Outside of that, it works great. Expect 15 hours per charge and a charge time of 3 hours. 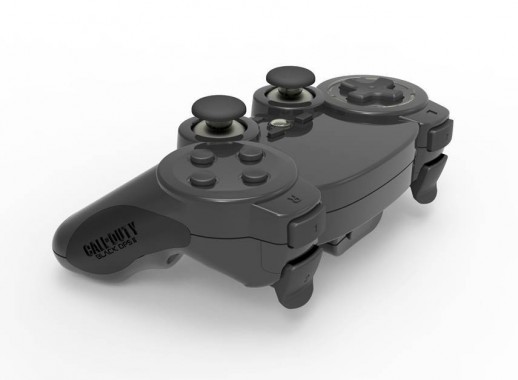 Overall
The Call of Duty Black Ops II controller is not a bad controller; in fact it is a great controller. With that said, it does have its hit and miss moments, but not enough to throw the controller around (and I suggest you don’t do that in any circumstance). The black looks slick and I do like the familiarity of the layout of buttons. Overall, I would recommend this controller if you do require another controller for some multiplayer sessions. The asking price (AUD$79.95) will make this controller a hard sell, especially when there are cheaper alternatives out there. You do have time to save up, as this controller will be released on November 13, the same day as Call of Duty: Black Ops II.