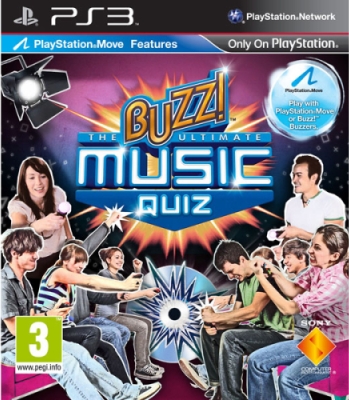 Have you ever tried out to be on one of your favorite game shows? You have to send in an application and/or essay of why you should be on this game show. Millions of people send in one of these. We all hope that ours gets picked to move further down the process of game show glory.  Why bother doing that when you can just play a game on your Playstation 3?!

The BUZZ series has been one of the few game show games to have more than 10 games and it has been five years strong. The orginal first BUZZ was just a simple music quiz. For the fifth anniversary, Relentless Software is going back to its roots. BUZZ! The Ultimate Music Quiz comes back with more customization options, better questions, and new Playstation Move functionality that makes it one of the best BUZZ games out. 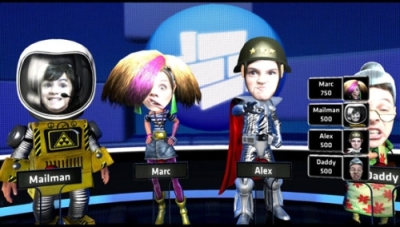 The game play is the most similar to Jeopardy. There are panels that have general themes on them. Choose the theme you want to answer questions on and it goes from there. This is where your basic knowledge of random things comes into play. There are twists to the gameplay though. I’m not going to spoil it for you, but they make the game to be a blast with other people. The questions have a lot of variation to them. I found myself scratching my head quite a bit trying to figure out where they got this question, and how I am supposed to find the answer. Some of the music clips where not original songs or had no words to them. I would have no clue what the song was, then I would find out I knew exactly what the song was. The format is really simple and easy to use. I have not played any BUZZ games before this one, but from the research I have done, this format has been slightly improved on.

One minus to the game, however, is that the game is quite hard to play with only one person. I rarely have many friends over to my house. I play alone and by myself most of the time. Even though this is meant for party play, what if somebody wanted familiarize themselves with the game before people came over? The game just does not cater well to being by yourself. It does have online play though. I found that I was waiting quite a while to find some players online sadly. It is a nice feature to put in; if there were a bigger online community, it would be great.

The Playstation Move sections are fun, but not integrated with the whole game. They are mostly like any other Move game out there; A section of mini games that are fun for about an hour. But, it adds new ways to answer the questions. Instead of just pressing a button, your Move controller will act like a magnet while you answer questions. As mentioned, these were amusing but not very deep. 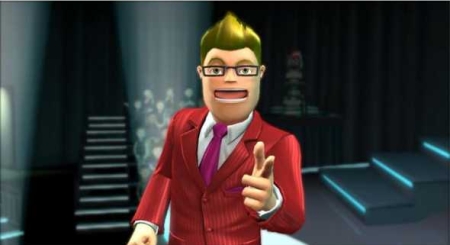 Another new feature is the ablilty to make your own BUZZ quiz and publish it online for other people to download and play. While you are able to buy new quizzes and sets of question from the Playstation Store, downloading other peoples quizzes or making your own is a great way to extend the life of the game and you do not want to shell out for the extra questions.

It is not all about the gameplay though! It is also about the funny and cool way to customize your characters. You can use your Playstation Eye to capture a picture of your face and put it on your avatar. Your face can then be pasted on TV screens, stretched and squeezed, and many other different options. The heads have the look and physics of paper. It is quite funny to see what the game does to the faces. Another cool feature is you can add custom sounds to the press of your buzzer.Using the Mic on your Playstation Eye you can record any sound you want and it will loop back every time you press the buzzer.

The host BUZZ has been using since day one is still here. While he may have new lines for the game, it gets a little old. The host’s punchlines cycle pretty frequently. I would hear the same lines in a single quiz. You can choose to turn his banter off so that is a plus. The backround music it plays is also pretty goofy. They are the type of tracks that would belong to a game show. You can also decide to turn off the music. 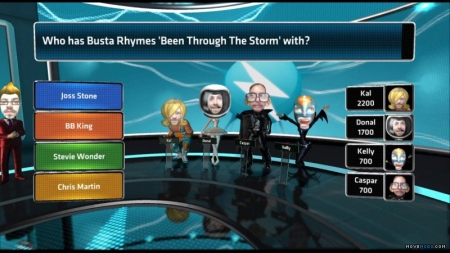 Compared to the greatest game show on earth, BUZZ! The Ultimate Music Quiz would not stand up. It is a great game for you and three of your friends to gather around the TV and have some fun. Extensive amount of questions and greatly customizable options make this game a blast to play. The option to play alone and more implementation of the Move controller would have put this game over the top. It essentailly is just another BUZZ quiz game though.

BUZZ! The Ultimate Music Quiz gets