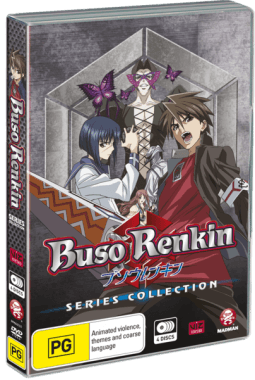 When I think of Alchemy I always think of two particular series’; one is the legendary Full Metal Alchemist and the other is the Shonen Jump’s very own Buso Renkin, not in that order either. From the great mind of Nobuhiro Watsuki, the man who created Rurouni Kenshin, Buso Renkin was originally a manga that twisted the myths of Alchemists and threw it into the modern age. Mr. Watsuki, while originally making the series, thought it would be his final Shonen manga so he put everything he had into it and I personally think you can feel that vibe watching the Anime. 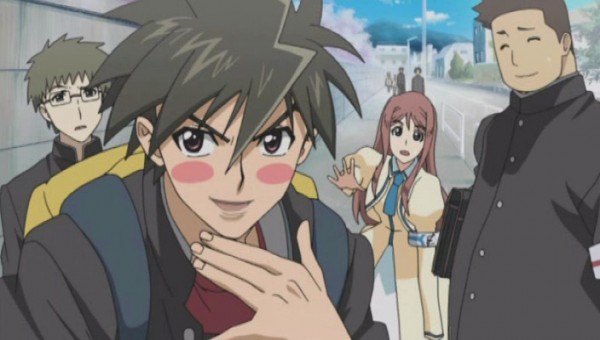 This series has a special place in my heart because of it’s crazy take on Alchemy and the story that surrounds it. Let me set a little scene: It’s a typical Shonen manga through and through. We follow the life of schoolboy Kazuki Muto who, up until the opening scene of the first episode, lived a pretty normal life with his friends and his little sister. One night he hears a scream from an abandoned warehouse behind his school, he wanders back there and is inevitably killed by a monster which he later finds out is called a homunculus. Don’t despair though because he is revived by a young alchemist called Tokiko who places an alchemic weapon called a “Kakugane” in the part of his body that originally held his heart. From then on he learns of the power that comes with his new life and is thrown into the world of Alchemists, fighting both homunculus and fellow Alchemists. That’s the basic synopsis and, like a lot of Shonen series’, it get’s pretty crazy and epic. The story of this series was, by far, the bast part of it! The way that the story bends and shapes is great. We see a nobody grow into a hero of such a high calibre while all the while risking his life, I know, I know, it’s the same in every Shonen series but when that series has such an incredible story you don’t necessarily care how typical it is. Yes, granted, there isn’t a great deal of character development and yes the only characters that actually matter are the ones, basically, on the front cover of the DVD but it doesn’t matter! Alchemy doesn’t often get touched story wise, we don’t tend to see it around much, and the fact that Buso Renkin found a way to place it in modern times is incredible. 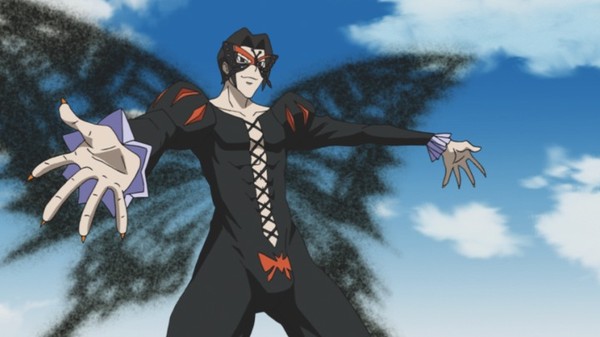 No. Everyone. Stop laughing. Seriously. Just…leave him alone…he’s weird we know…just…

The introduction of characters was actually pretty good; apart from one or two most characters had a reason to be there and most characters make a return when you least expect it. The escalation of events, I think, would win anyone over. They found a way to make a young boy into a superhuman, moon fighting (watch the series), juggernaut of a warrior. The way the characters and their powers were written and the way they come into play was also great. We see a lot of characters fighting and reacting in ways that we probably would have never thought and it does relate well to the characters personalities and the way they’ve learnt throughout. One quote from Tokiko was “what he lacks in power he makes up for in intelligence“, now I paraphrase of course but that’s the example right there. The characters think outside the box and nothing is entirely black and white which is fresh to see. It’s so hard to write this because the things I loved about the story I really can’t say because they would spoil too much. I’ll leave you with one small thought to take away: In Buso Renkin…what goes around comes back around and it’s flippin’ great!

This series is quite a dated series. Now it’s not extremely bad or anything, don’t get the wrong idea, but when you’re watching series’ from this season you can’t help but compare. The animation isn’t sloppy, it isn’t crummy, it’s a little bit stiff at times but the way they animated some of the fight scenes really makes up for the lack of animation during the “idol scenes“. The characters are designed really well, the weapons, the uniforms…the…butterfly man. Ok look! HE wasn’t that well designed and he does have an older counterpart somewhere in the series but I really can’t take away points for that, I’ve learnt that there’s always “that guy” in every Anime series. The backgrounds were pretty standard; they looked nice but they didn’t really blow me away. At some points in time CGI was used, very little CGI, only for a scene or two but they really could’ve done without but it didn’t take away from the series. 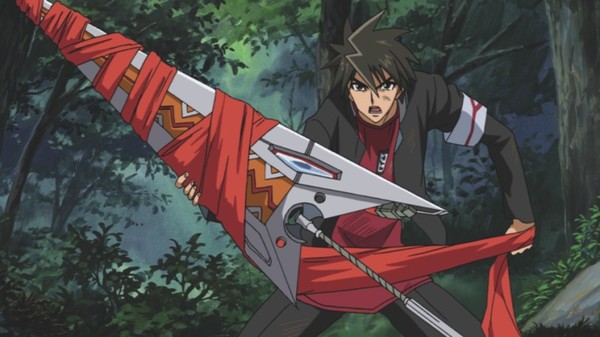 The red makes it go faster…no seriously…it does…

I watched this series both in Japanese and English, I alternated because the English was fairly bad, I felt like there was no heart put into it so I flipped over to the Japanese side and it was on par with a lot of other Animes. It’s something that can easily be fixed by changed language but for people like me that enjoy a bit of Anime dub it really puts a dampen on the series. It’s not like the voice actors weren’t given a chance to shine either. It just didn’t hit home for me. The sound effects were normal, not bad. The music was actually really good! It was a mix between normal rock music and 80’s electric guitar. It was kind of funky at times but you had to listen hard because it was usually interrupted by an explosion or character talking/screaming. 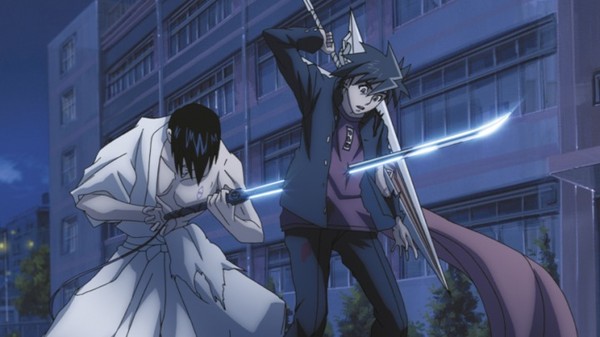 Bro you’ve got something on your chest the-oh! Oh you got it? Ok no problems.

Very basic extras. Basically we have Audio Commentaries on a few episodes, we have a Behind The Scenes Feature and we’ve got some trailers. Pretty simple, pretty standard. We also have a bit of art inside the cover of the DVD case of the main characters. It was a normal release, if it had been a special edition I would be upset that it lacked but this was just a normal release. 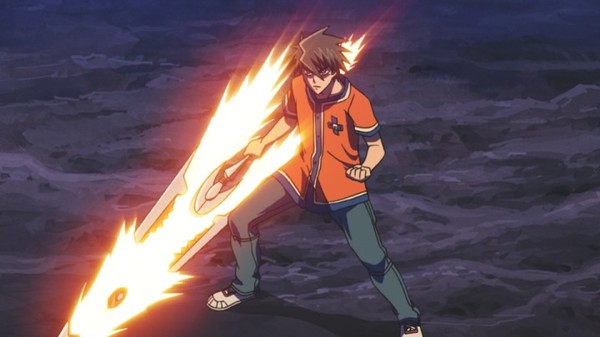 Turns out I was wrong…ORANGE makes it go faster. Who’d have thought?

Buso Renkin is definitely for the Shonen-loving audience to say the least. It lives up to all the expectations you give to a series like it and it leaves you fairly satisfied. It’s also a good one for all you fans of Rurouni Kenshin, it has a lot of throwbacks to the series and fans tend to follow the creators because of their style. Look it does lack in some places, it’s a few years old, it’s English voice acting isn’t that great and there’s a man in a tight leotard that flutters around with butterfly wings but you can easily change it to Japanese, look past it’s dated animation and turn away from the screen when Papillon turns up (that’s the butterfly). All in all: It’s got style, it’s got grace, it’s got a kid with an energy lance, can you really ask for more?