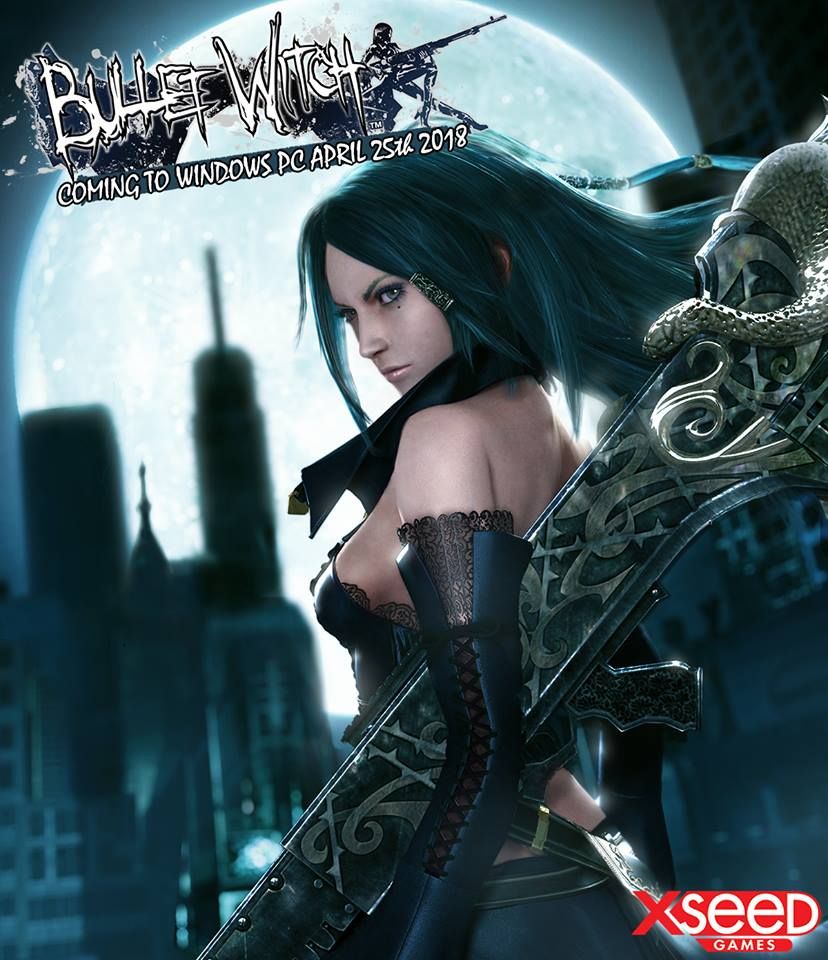 Bullet Witch is a game that was originally released on the XBOX 360 way back in the youthful years of 2006. Much like Frankenstein’s Monster it has been stitched back together and forcefully brought back to life, to the ire of many unimpressed locals. It’s a game that is definitely a product of its time, but also even back in 2006 was seen as boring and already done before. I understand somewhat, it’s hard to compete with games such as Elder Scrolls IV: Oblivion, Battlefield 2142, Lego Star Wars II, etc. but it’s not as hard to create a game that does not look like it was created in 2004.

Porting this to PC was an okay idea for fans of it, but for the broader demographic of people who play this game it was not the best idea. It especially doesn’t help your game when you bring it over to PC, bugs and all, with only a tiny touch up. One of the most glaring bugs was something that myself and many others have experienced: every 3 seconds the game will freeze for half a second. I was running this game on my very high end gaming rig and middle of the road laptop and it ran the same on both, regardless of “graphics settings” 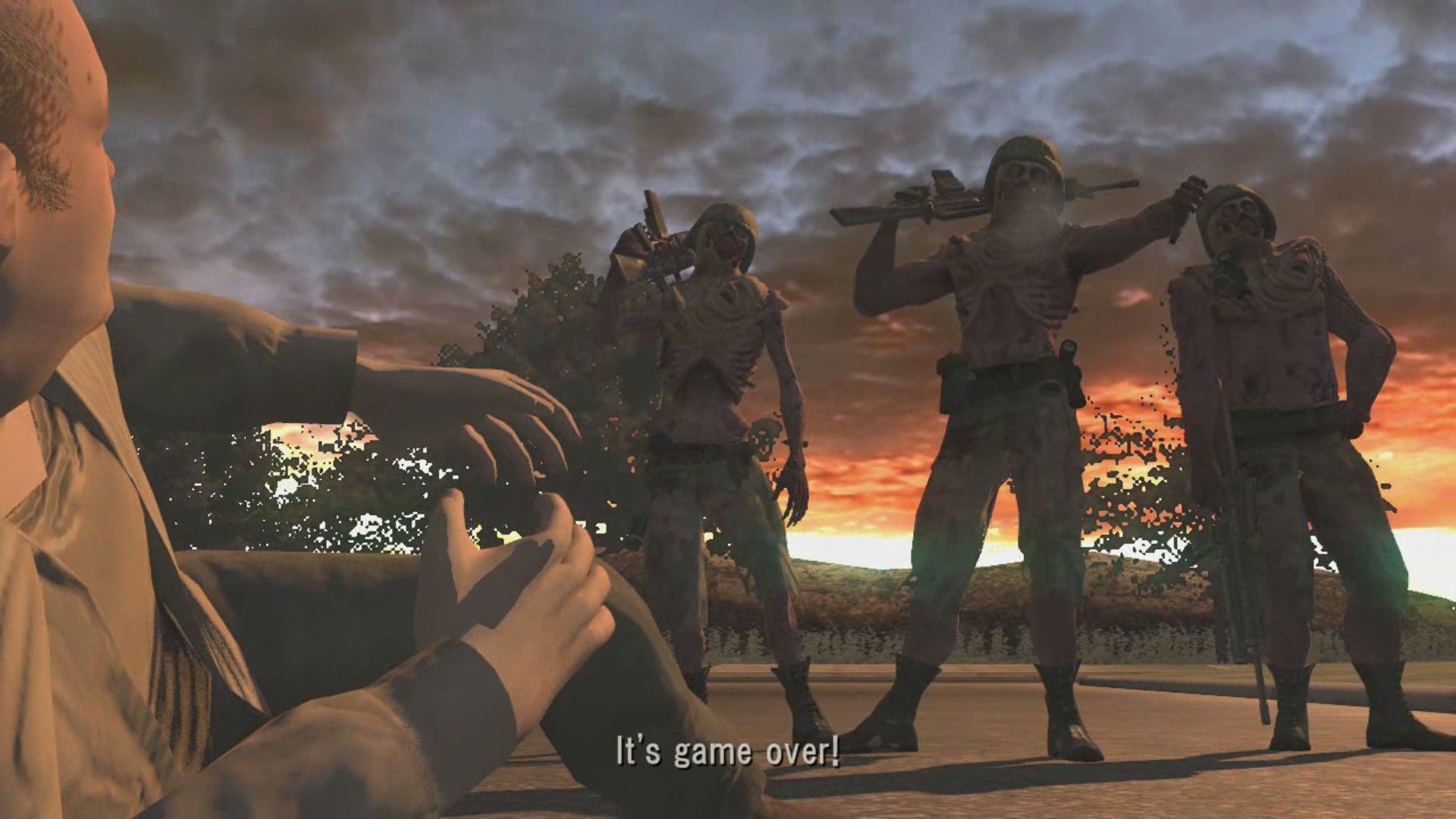 The story of Bullet Witch is quite mundane compared, which I understand is a very confusing statement to make about a game involving zombies, a broom that is also a gun, and several demons. It revolves around the titular Bullet Witch Alicia Claus being guided by a mysterious force called “Darkness” to a war torn American city.

Let’s just back up a bit and explain why the city is war torn.

In 2007, a large wake of natural disasters preceded a large demonic invasion. This lead to the slow extinction of humanity up until the games setting in 2013, where the world is only now on the brink of collapse. This is where we join up with Alicia.

I’m going to spoil the rest of the story as there is very little that actually happens other than just running to the end and fighting the final boss. 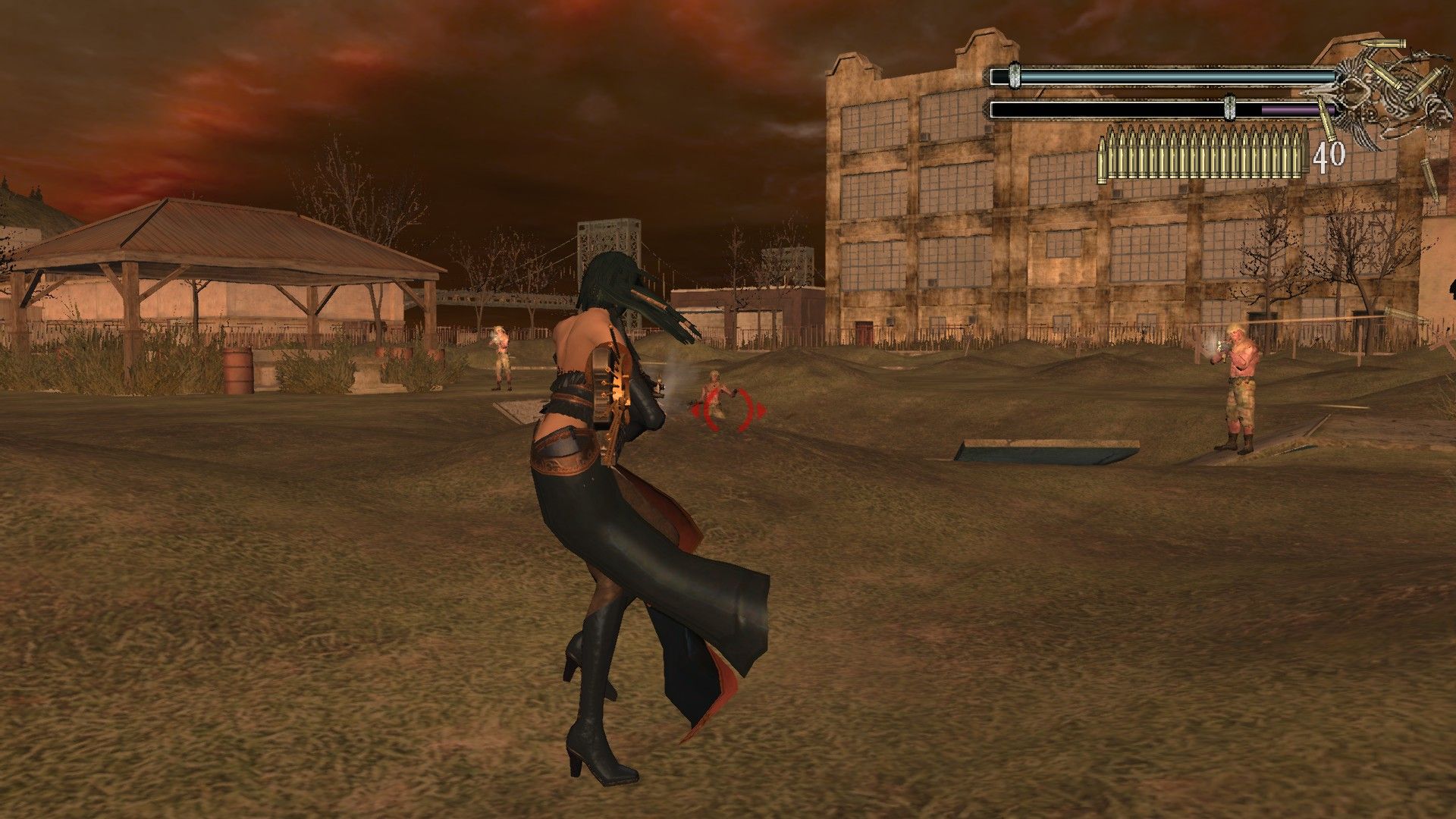 As you play through the game you meet up with other characters who join you on your journey to defeat “OMEGA”, a demon that is extremely powerful and immune to both magic and gunfire. Throughout this journey Maxwell, one of the characters that journeys with you, gives you a journal fragment that reveals back in 2007 some archaeologist lost his daughter in a plane crash and tried using some black magic to revive her. Through this, he ended up opening portals into hell itself, allowing the demons to enter.

You enter into one of these portals near the end of the game to discover that (shocker) the archaeologist is alive. He then gives you the remaining journal fragments and you find out that (shocker 2: Electric Boogaloo) YOU are his daughter. You’re only alive and able to wield magic because of the ritual he performed.

After this heartfelt moment, you have to kill your father to close this portal. After doing so you are thrown into a battle with OMEGA where you and Maxwell team up, and using your combined strength, take down the demon that moments ago you were told was immune to your attacks. Maxwell tries to crush on Alicia, but she’s having none of it as “The war of us fighting back is just beginning”. 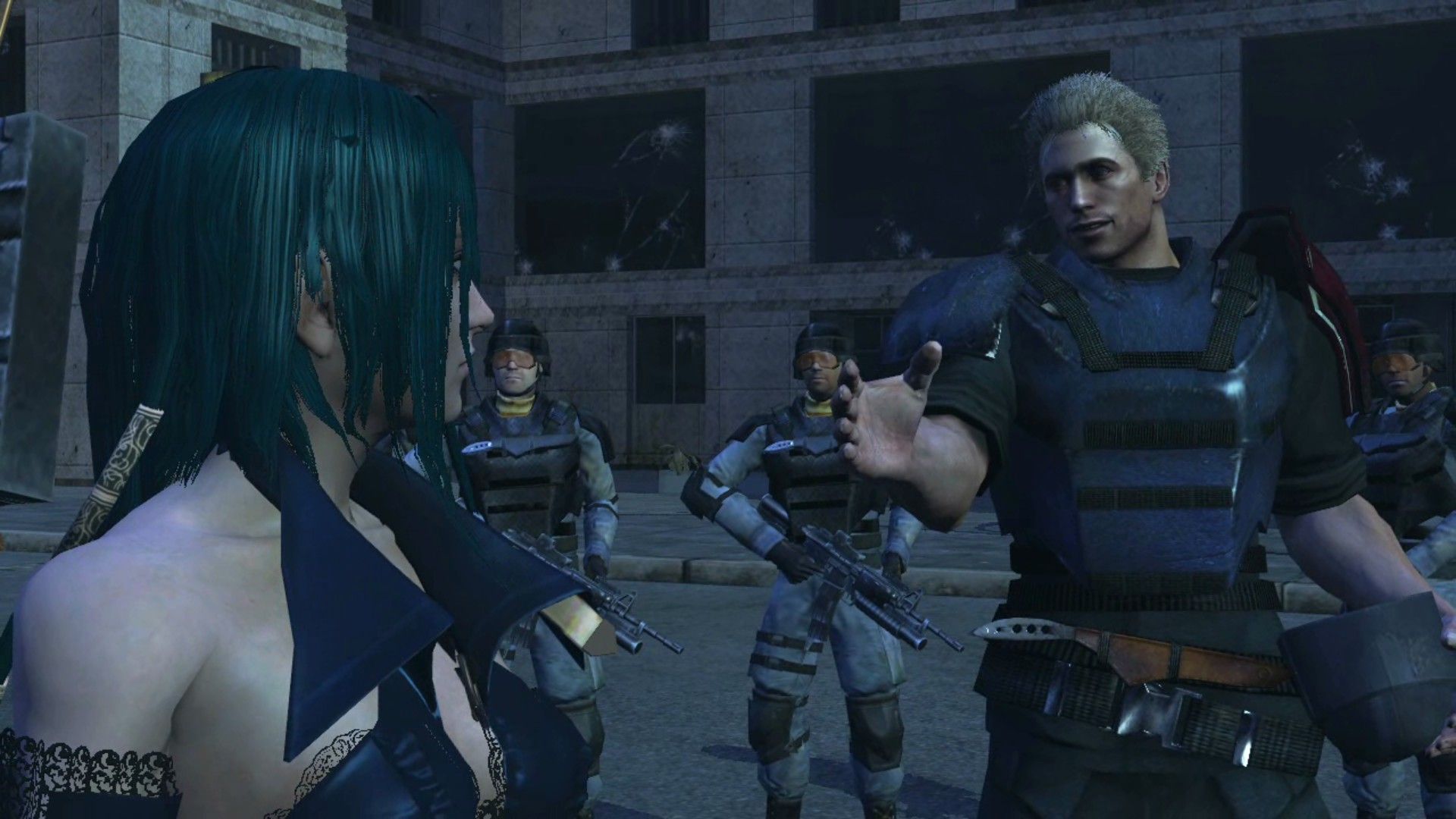 There’s not much to say on the gameplay. It’s a boring corridor shooter with some spectacle and magical powers. The large spectacle fights are quite enjoyable, if only the camera would let me control it for 2 seconds. It’s a very clunky thing to control, almost on par with Mario 64 camera controls.

The shooting is very bland and does very little to keep it interesting. I hope you like seeing half decomposed zombies in combat armour, because that’s 90% of what you’ll be shouting Pew Pew at. You have infinite ammo, you just need to do a reload animation every now and then. You have 3 modes that you can unlock for your Gun Staff: Automatic Rifle, Sniper Rifle, and Minigun. The automatic rifle is just your standard gun. The sniper rifle is clunky to aim down it’s scope and not useful unless you see an enemy in the very poor draw distance look at you funny. The minigun is basically just an upgrade to your auto rifle. It serves no real purpose than when you see a large clump of enemies and are just tired.

The magic in this game is very limited. You have 3 powers: Ancient wall, Willpower, and Lightning. I barely used the magic in this game. Ancient wall just creates a wall infront of you. Not chest high like other competent shooters, but full body just so it can get in your way. Willpower is just a force push and is only useful during parts of the game where debris is blocking your path. Lighting takes so long to cast that it is near useless unless you like seeing the same 20 second animation play out each encounter. It is limited in it’s use, however. There is a mana bar that depletes and slowly recharges, but is is mainly just something for you to look at in the bland environments. Speaking of which… 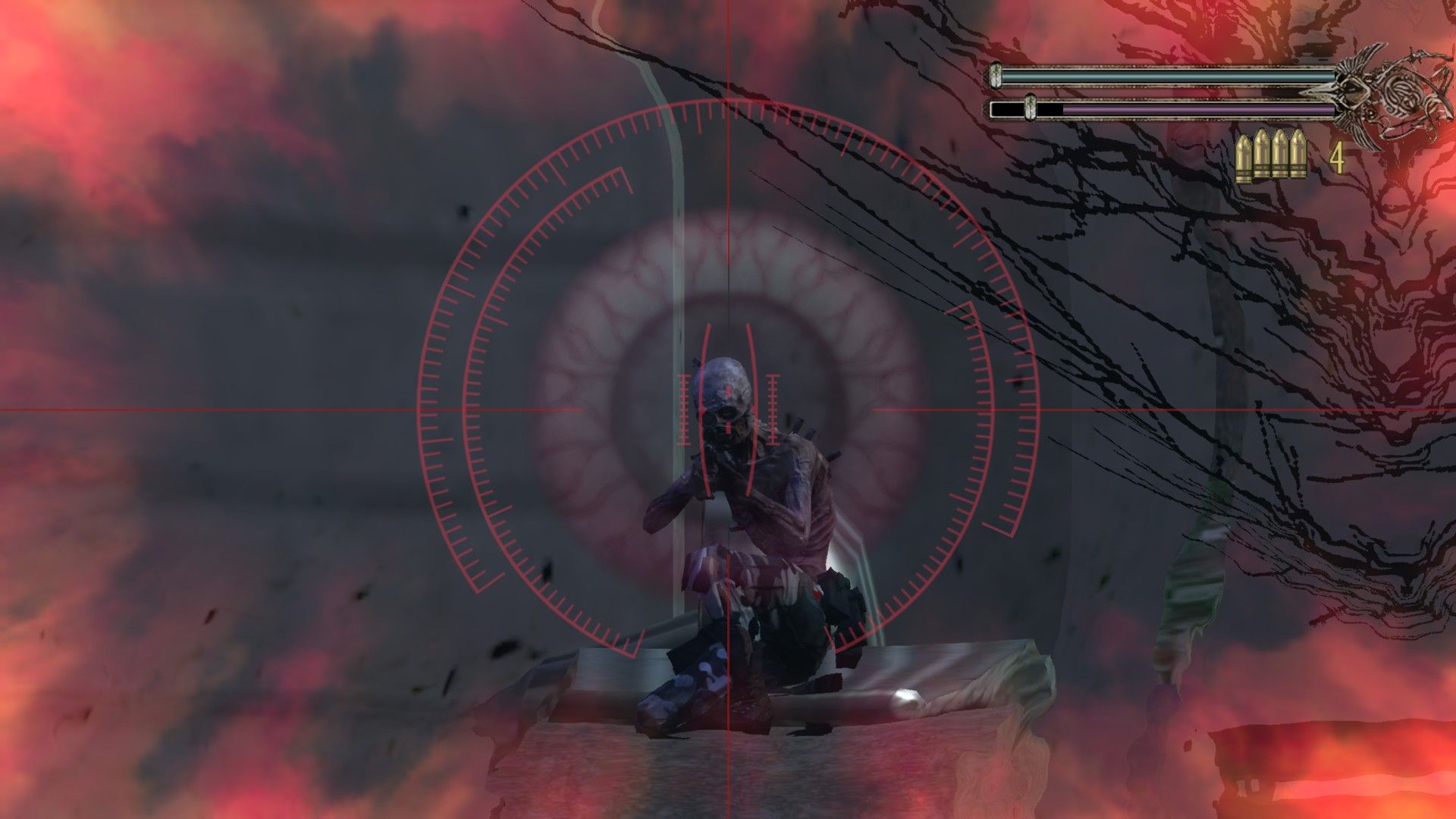 Even for 2006 this games visuals were bland. There doesn’t appear to have been anything other than an up-res for the PC release. Even in the PC release, there are still very obvious hold overs that reveal how much of a rushed port this was. The magic wheel, whether playing with a controller plugged in or on the mouse and keyboard, still shows the old XBOX controller buttons.

The city environment reuses assets like it’s Game Jam after a Unity Store sale. There’s very flat textures used all around. I think I saw the same house at least 4 times during the first corridor. You can easily see the darkness at the end of the world right at the start. The levels are overly large and enemies are recycled over and over. They are placed in small clumps so far apart that there is barely any challenge or anything good to look at.

The spectacle of large fights was diminished somewhat by the fact that it puts the bosses into such boring environments it’s an eyesore to stare at what is just a demon with a minigun built into it.

The “graphics” options you get at the start of the game are so limited you’d think you’re playing a PC game from 2001. You have a frame rate limiter, shadows, resolution, and anti-aliasing. You also can’t change these in game, you need to quit the game if you want to edit any of these settings. 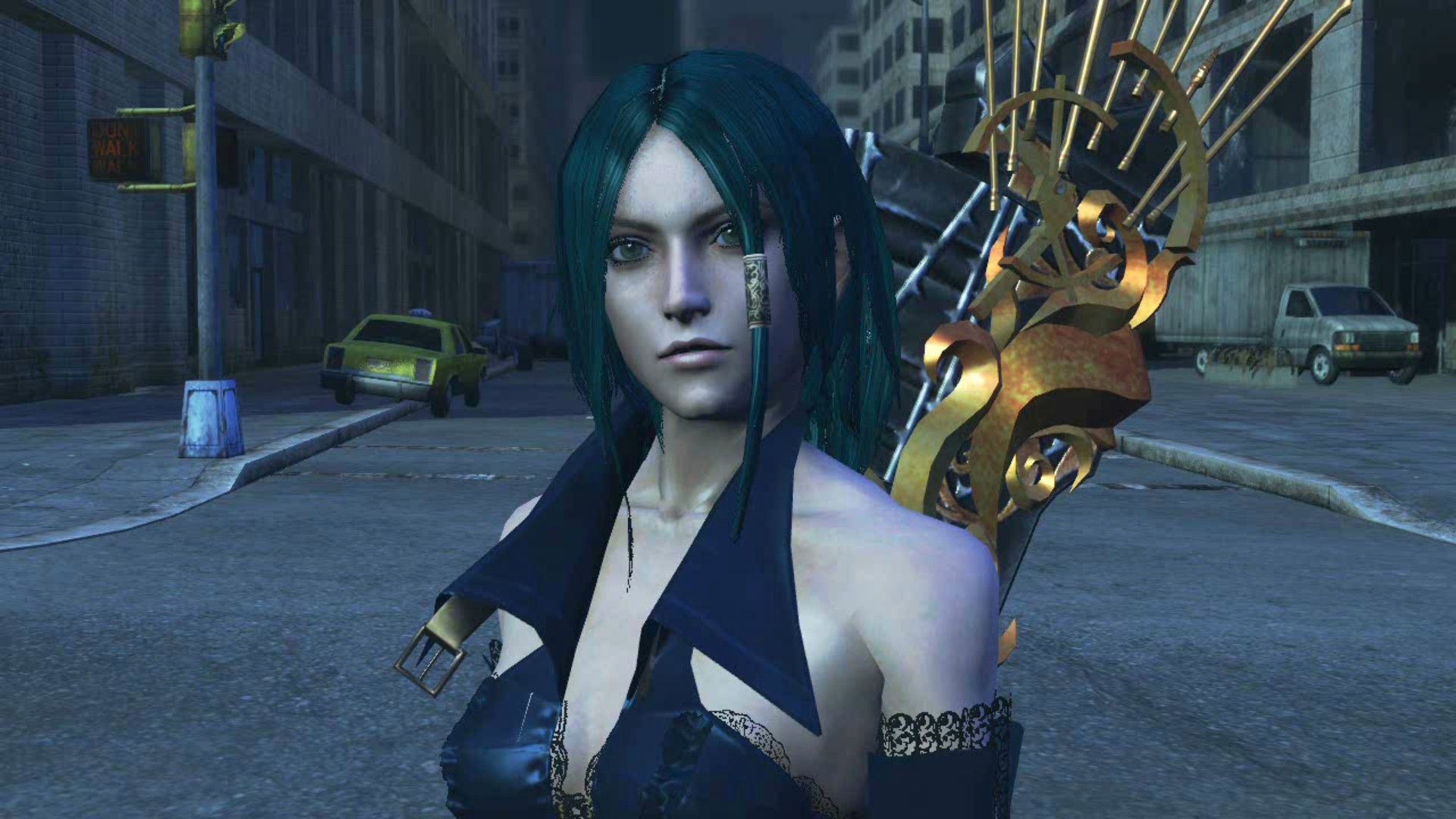 The music in this game is probably the best thing about it. The rock music can be a little much during the really boring fights, but it fits the theme and tone the game is going for. There are sombre, orchestral pieces as well as the hard rock.

The enemies sound like zombies, demons like demons. I do with the gun sounds were a little punchier; the minigun felt like just the auto rifle played faster.

The voice acting can be a little stilted, but the cast did the best with what they were given. 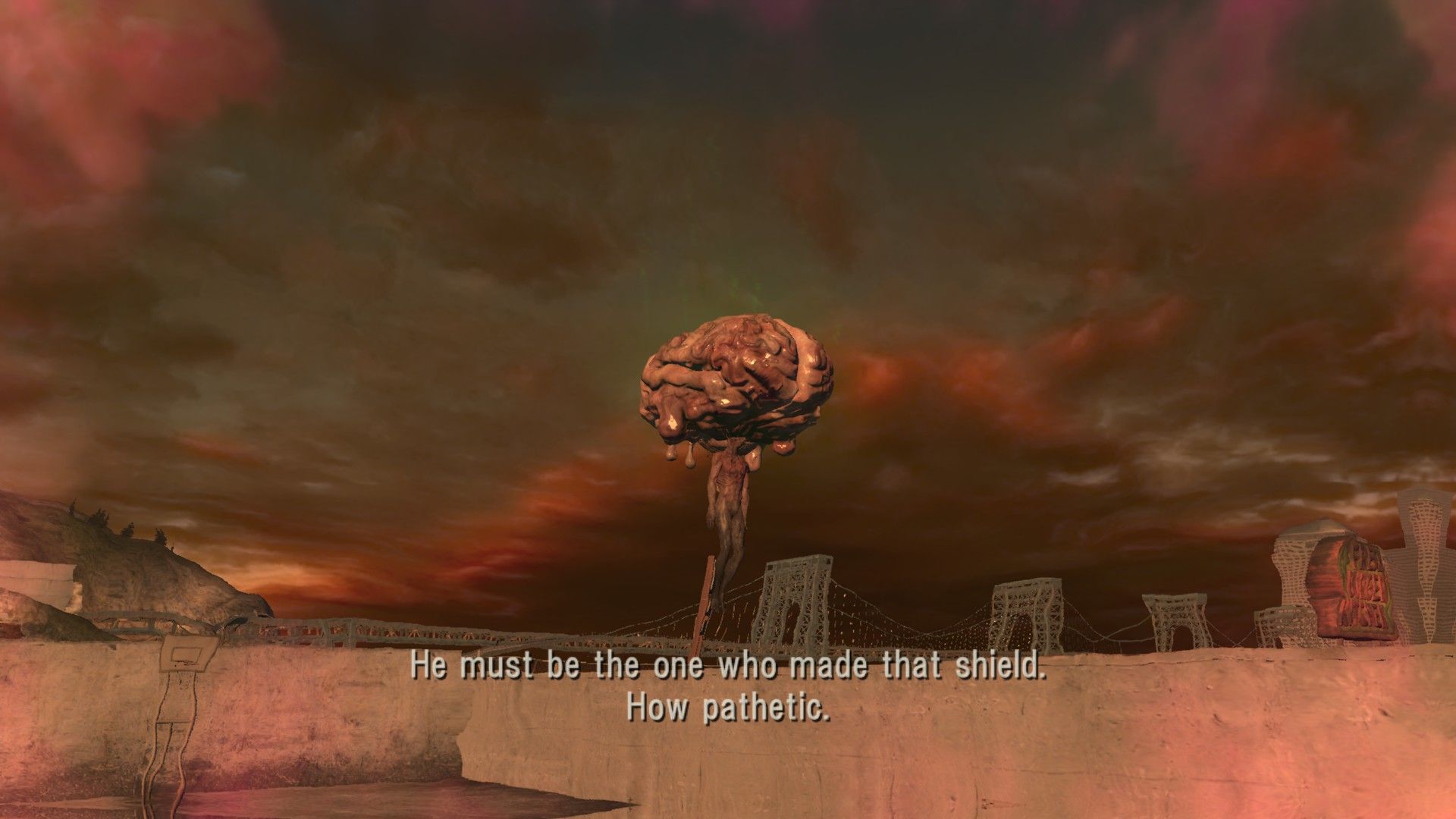 Overall, this game isn’t great. The story is weak and the twists were not twists at all if you have been paying even the tiniest bit of attention, in between the short naps you take trudging through the environments. The visuals are severely lacking and reuse of assess, even for a game in 2006, is rampant. The gameplay is so bad that I powered through the game just so I could go see Infinity War and play the new God of War, both way better uses of your money and time.

If you think you have any interest in this game at all, wait for it to go on sale on Steam.

Bubble, bubble, all toil, and not worth the trouble
4