Post-apocalyptic worlds, comic-book style cut scene, great stylized graphics, free… What doesn’t Bullet Time have? Well I’ll be taking a closer look at what makes up Bullet Time and if it lives up to its initial impression. 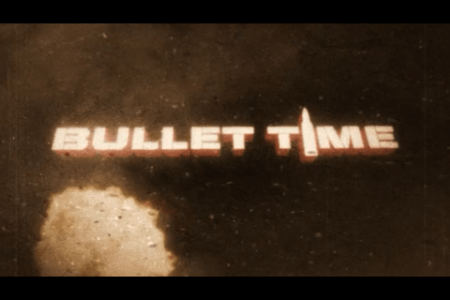 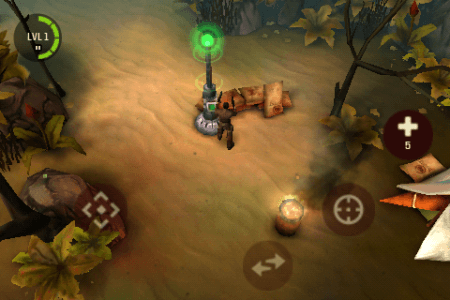 This aim control is pretty difficult to get a hold of, and being accurate with it takes even longer to manage. Even once you’ve gotten a good hold of it, the lack of accuracy can still pop up and be a pain. I usually just ended up trying to take people on at close range, or lure them into walking towards me and then do a quick backwards walk while shooting at them. Either way, once you’ve got your technique down the aiming thing won’t be as big a deal and you’ll forget it ever caused you so such a big headache in the first place.

However, the controls apart from firing your gun are quite simple and easy to take a hold of. To open gates you need to stand next to the controls for a specified period of time, though nothing beyond that. You can still fire your weapon to defend against the mutants that try to take you on, so you are not defenseless. 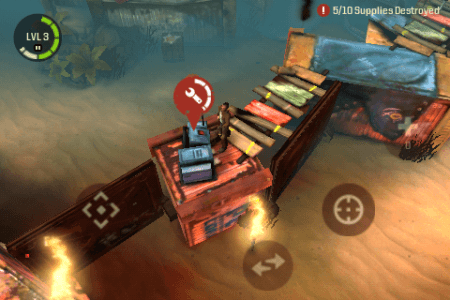 Bullet Time definitely has the whole post-apocalyptic world thing down, the levels are basically constructed in an homage to the junk yard. The level design itself is quite interesting and has more to it than you’d expect from the standard action-adventure app. It isn’t just a forward moving level, there are a variation of levels and some of the quests require thorough investigation of the corners of the levels.

You pick up quests to do throughout the game, some are simple, and some are quite difficult. However, in the case of dying you get sent back to the start of the quest area. And if you’re right at the end, as it tends to be when you get swarmed, then the chance of dying is even larger. 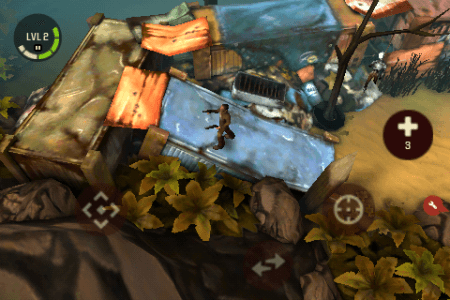 There are two campaigns at the moment, with more to come, but this doesn’t mean that the game is short by any means. You can also play in multiplayer, teaming up over Wifi or 3G to complete the campaigns together.

You get a daily silver award for logging in to the game. They give silver away like Tic Tacs, so to buy anything truly interesting or useful you need to spend upwards of 500 silver. It also makes you feel sort of silly for going out of your way for collecting some dropped silver if it’s only two pieces (if you’re on normal in the initial stages of the game, playing on harder difficulties will get you more silver for dropping an enemy). 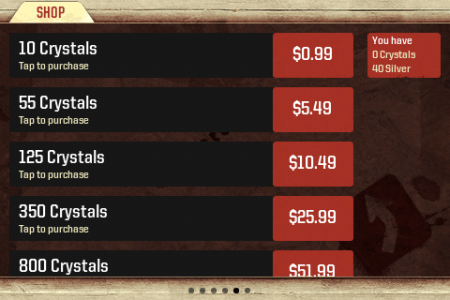 There’s a great amount of gear customization as you move through the game, again more than you’d expect, as well as a tonne of boosts you can buy and use. You either buy them using silver or crystals, which can also be gotten with an in-app purchase.

At one point I received a text message during the game when I was being swarmed, it lagged, and I died. However, to its credit it didn’t completely have a mental breakdown, and if it had been in any other part of the game I would have been fine.

At the beginning of the game there is an awesome little comic-book cut scene that really sets the tone for the whole game, and the rest of the graphics for the game match it. The mutants are all grotesque and whatnot and the hero is suitably scruffed up. 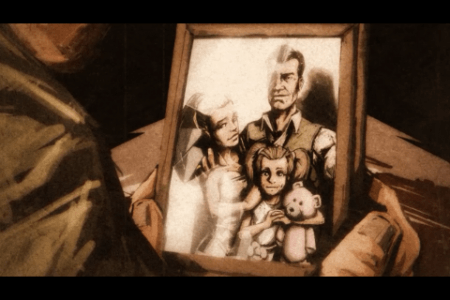 There were random advertisements popping up every so often, which were more jarring than anything because they were usually for cute apps that were such a contrast from the game itself that it was odd. But, given the fact that it’s free, the ads weren’t a surprise. 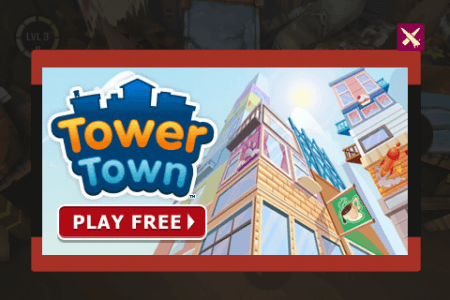 The soundtrack is unobtrusive, rather it is just an accent to the rest of the game. It’s sort of an odd twist on a Western theme. The sound effects are from the same family and I found myself actually reaching for the volume to turn it up instead of turning it off.

Bullet Time plays as well as it looks, you will definitely not find yourself getting bored or finishing it up quickly. Considering the fact that it is free, it’s great that it still feels like a far fuller game than some of the ones you pay for.