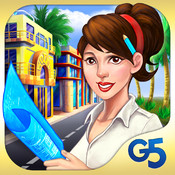 Build It! Miami Beach Resort is a time management game that gives players a resort on Miami beach with one condition – you have to build it. Say what you want about this game but at least the developers are straight forward with what it involves from the get-go. Build It! Miami Beach Resort originally saw it’s debut on Mac and PC where it saw itself in the top 10 for over 30 days in various game charts. Now, G5 Games hopes to have similar success on iOS devices. 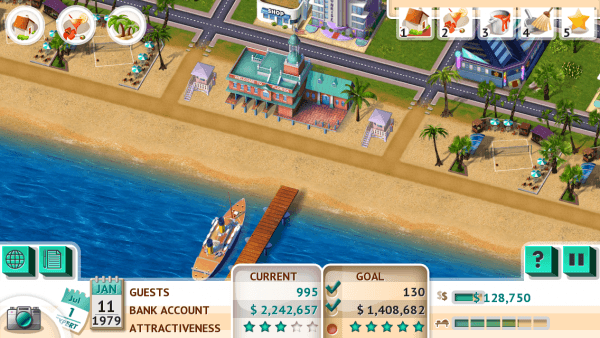 Build It! Miami Beach Resort gives the player a beach to build a resort on in the 1920s and as life goes on throughout the years players will need to advance to keep up with the times. The game has simple touch controls to maintain the resort’s attractiveness with it’s guests and profits is a fun challenge and as time goes on more options become available with great variety. The catch however is you won’t be building this resort in your own image. Build It! Miami Beach is a time management game, not a building simulator. So the game is actually very restricting in terms of designing the resort. In fact, the game is broken up into levels where you must complete each goal by building certain things from a list and reaching a certain amount of profit within the set time limit. While some may see it as a fun time management organisational challenge  others will see it as a glorified fetch quest as all you’re really doing is pressing the buttons you’re told to do with little to no freedom. The game also has a secondary mode called ‘Riot Mode’ where you must destroy your city within a set time limit, but this is rather bland and feels restricting as well. 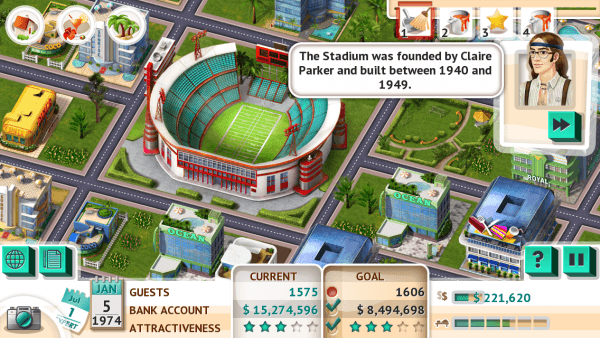 To be fair, it can be argued this ‘restricting’ feel is not the developer’s fault but rather a staple of the genre. Also, this style of gameplay may appeal to rather a niche market. For for a title that sells itself as a casual game, it’s actually pretty complex. Without going into too much detail players not only must meet goals within a time limit, but also manage the stats of the resort. There are three types of buildings: lodgings, leisure facilities and recreational facilities and they all effect each other. By building one building that may increase the capacity of the resort, you may lower the attractiveness of the beach, etc. This means there’s a lot of balancing out to do. So while it may have simple controls, it has a bit of a learning curve and can get pretty challenging. With sixty levels and more than thirty achievements to unlock, Build It! Miami Beach Resort doesn’t seem casual at all. Like I said, it’s not going to be for everyone, more so a niche market who can appreciate testing time management skills. 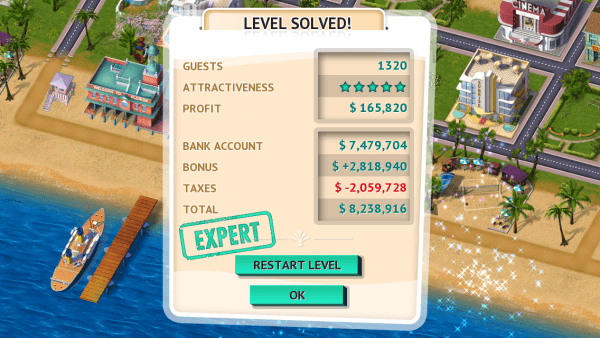 Visuals are bright and full of colour but are unfortunately rather static. While the animation isn’t as vibrant as the colors it’s never a big deal. Music suits the game but can get repetitive and annoying but hey, that’s why iPhones have a mute button right? Other than that there’s nothing really more to say since the entire game is basically tapping on menus and buildings. There’s nothing bad  here and nothing is spectacular either, but this is one of those games that don’t really need to sell you on these sort of things so it wouldn’t be fair to criticise for that. It should also be noted that Build It! Miami Beach Resort opens with a basic cinamatic with a storyline. There’s nothing breathtaking here but it’s nice to see that the developers put some effort in. 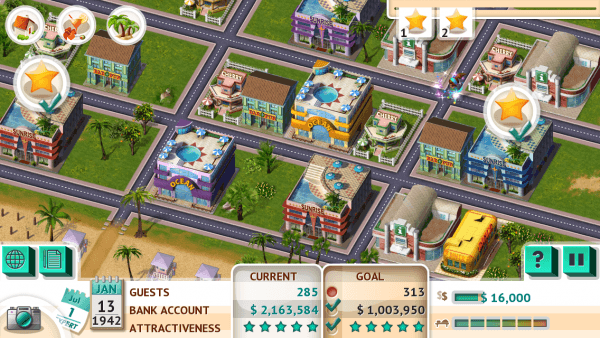 Build It! Miami Beach Resort may sell itself as a casual title, but it’s probably best suited for a niche market more interested in time management strategy rather than gamers hoping for a building simulator like Sim City. While it may not be oodles of fun for some, it will satisfy those who are engaged with plenty of levels, achievements and content. As for everybody else though, the lack of freedom makes the game feel like doing housework chores as you are constantly being forced what to do.While the controls are simple, the learning curve isn’t and if the gameplay fails to keep you playing the presentation will do no favours. Build It! Miami Beach Resort is not a bad game, it’s just a decent title that will be appreciated by just a select target of gamers.