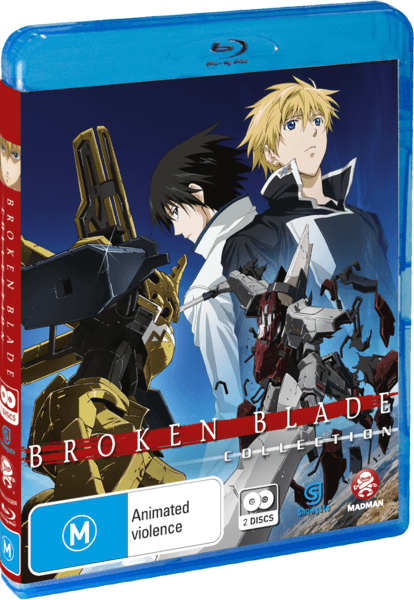 In Cruzon, children are born with the ability to control quartz. This power allows them to levitate simple objects – or control enormous and complex mobile battle suits called Golems. This is the way that the publishers of the show would describe the premise of Broken Blade. At a very basic level, this is what the world presented in Broken Blade is, however, as you watch the series, you find that there is a much deeper and more intricate story at work.

The series is also rather unique in that it contains eight episodes that are 55 minutes a piece. Does this harm the series or enhance it? Find out by reading on.

After reading the series’ premise, you’d probably think that this was a series about a group of teenage mecha pilots whop fly around and beat the crap out of other teenaged mecha pilots with some silly reason tacked on to the end to make the whole mechas fighting each other scenario plausible. If you did, then you had the same thoughts as I did going into the series. However, as I learned after watching it, this is not the case. 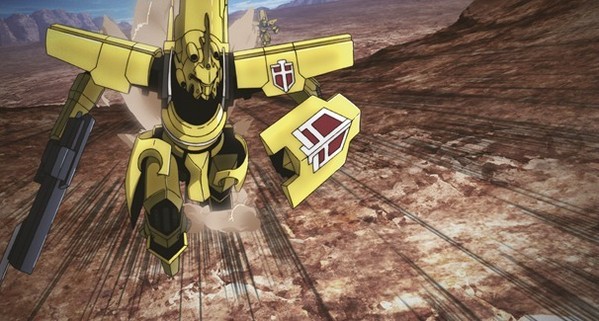 The story is actually about a group of young adults, raised in this world where this quartz manipulation magic is an every day part of their lives. However, one of the main characters is unable to harness this magic and is heavily shunned by society. Fortunately, thanks to the friendships he’s made earlier in his life, he has very close ties to the current royal family of his land. Unfortunately for the main characters, their best friend is from another land and he is cast as the main villain for the first few episodes. This gives the story a much more personal touch to it and significantly enhances the experience.

Of course, as a mecha series, the main concepts behind this series are war and the mechas themselves. In Broken Blade, the main character is unable to wield quartz magic and as a result he is recruited by his friend, the King, to try and pilot an ancient Golem that is probably built to withstand the efforts of quartz-magicians trying to pilot it. Over the course of the series, we watch as the lead character gets better as a pilot, as well as how constant battles with characters that were once friends affects the cast. 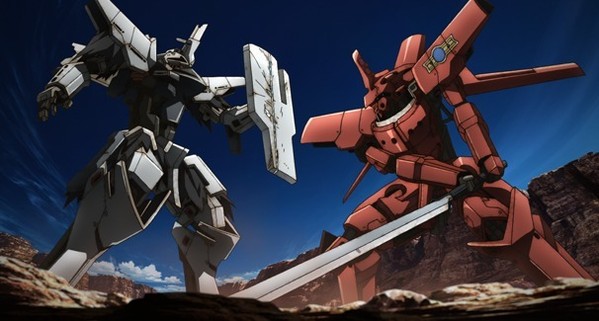 There are also a few interesting plot developments that happen over the course of the series, but delving too far into them would kill the drama. One thing that you have to be aware of is that each episode is almost an hour in length, but it never feels like it. Marathon at your own risk.

Visually, Broken Blade is really good in some aspects, but isn’t as good in others. For example, some of the Golems look incredibly plain and generic, while others looks absolutely stunning. While this kind of inconsistency doesn’t degrade the series too much, it can sometimes be a little strange to see two different amounts of effort placed side-by-side. This is often the case with the CGI. 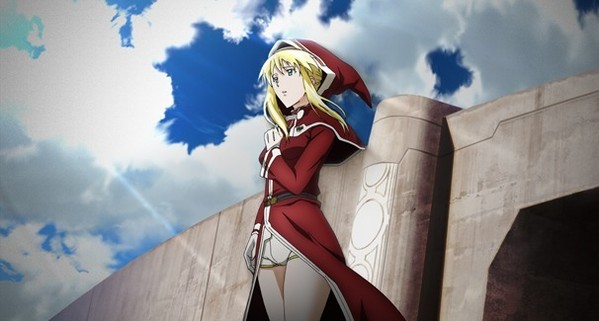 Now, I know that a lot of anime have been using CGI to animate objects for a while now, even though they used to only really be for effects. It is fine when done properly, but a lot series do it wrong. Broken Blade somehow does it both right and wrong. I am often reminded of how the quartz effects and sometimes the combat is handled with the CGI and it turns out really well. However there some other moments where I feel that it detracts from the scene, particularly when the 3D is placed next to 2D elements.

One of the greatest things about Broken Blade is its character designs. When I initially began watching the series, I thought that the character designer was Yoshiyuki Sadamoto, because a lot of the facial structures are very reminiscent of his work on Evangelion. However, I was surprised when I read that it was actually Takushige Norita who had designed the characters. I am now a fan of this guys character designs because of the way he designes his characters. Anything that reminds me of Evangelion is a plus in my book.

Upon writing this review, I can’t say that I can recall much about the Broken Blade soundtrack. I’ll regard this as a bad thing as a series with a memorable soundtrack is a series that is a memorable series. I mean, how many of you would regard Evangelion as highly if it had a generic techno/synth-rock soundtrack? What if Cowboy Bebop had an orchestral soundtrack as opposed to the Jazz? 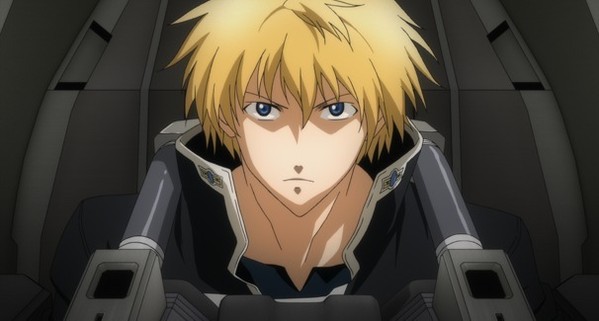 Unfortunately, Broken Blade does  not really have that kind of unique soundtrack to call its own. I feel that the show could have been greatly enhanced if it had the same amount of attention paid to its audio as it had on its visuals and story. Broken Blade does, however, have an awesome and fitting opening and ending song. I suggest you check those out ASAP.

Broken Blade, as a package, is very light on Extras. The package itself has a cleaner cover on the inside, I’m not sure if it’s supposed to be reversable or not, the packaging doesn’t say, but it does have some very nice artwork on it. The package also includes textless opening themes and trailers. This is incredibly bare-bones, but having less features doesn’t really detract from the experience at all. 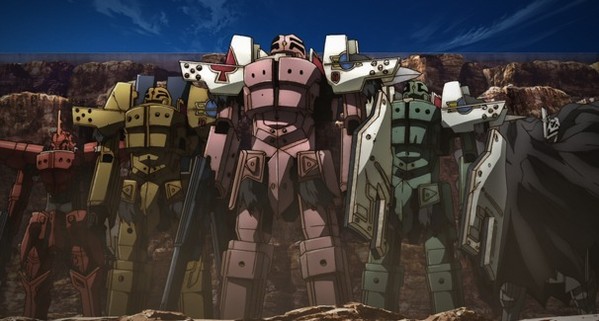 Broken Blade is a worthwhile purchase, particularly on Blu-Ray, for any and all Anime fans out there. The character designs are wonderful, the opening and ending themes are fantastic and the story is fairly interesting. It goes beyond the whole teenage-angst giant robot beating up on a giant robot rhomp that we’ve come to expect from the genre and as a result Broken Blade has only benefited. Be sure to pick this show up, or if you can;t, at least try and find a rental somewhere.