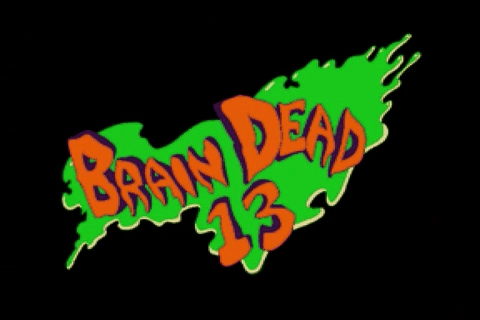 Overview:
Brain Dead 13 may ring the bell with many gamers as it has been available on many platforms in the past. PS1, PC, even the Sega Saturn have been graced with its presence. Now we have the game available for the iPhone via Digital Leisure. Brain Dead 13 is a Full Motion Videogame, or an Interactive Movie and is a genre that has unfortunately fell from public eye. But Brain Dead 13 shows that this is truly a tragedy.

Story:
Lance is just a computer repairs expert who has been called out to perform a simple fix job. The only problem is that the people who have hired him are far from ordinary. The first sign that something may not be right is that the computer lies within a castle that is falling apart, not to mention the giant floating brain that is bragging that he will take over the world.

Dr. Nero Neurosis easily spills his plans of world domination when called a simple villain by Lance, leading to his hunchbacked minion Fritz chasing down Lance and trying to kill him. That isn’t Lance’s only problem as he will be not only faced with trying to stop Neurosis and escape with his life, the castle itself seems to be out for his life. 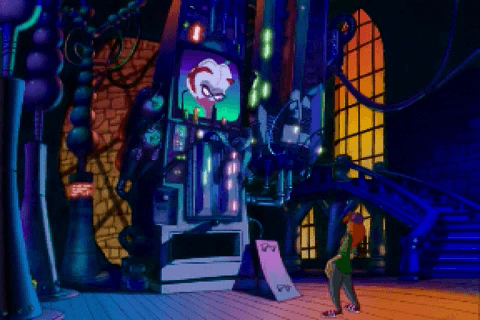 As a FMV, the story is the lifeblood of the experience and thankfully Brain Dead 13 supplies an interesting story that places a likable character in a desperate situation. Lance himself isn’t anybody extraordinary either as he dies quite often and due to very strange circumstances. Put him together with the many interesting characters you will find inside of the castle and the wacky deaths and you will find yourself constantly retrying to find the right path, or to uncover a new room inside of the castle so that you will see what could happen to Lance next.

Graphics:
If you are looking for a gorgeous graphical experience on your iPhone, then this is it. Everything that you do looks like it has been taken directly from a 90’s cartoon. The action as it plays out is very fluid even on slower iPhones and handles extremely well. Lance’s resurrection sequences can sometimes feel overused, but his death is always something interesting to see as there are at least a hundred ways to die inside of the game.

Gameplay:
Unfortunately there is not a whole lot to be said about actual gameplay within Brain Dead 13 in its own right. That is because as far as you interact with the game is a series of quick time events or direction selections as you direct Lance around the castle and avoid each death that is right around the corner. The controls are handled very nicely with a simple tap of the arrows provided but beyond that control is not necessary. 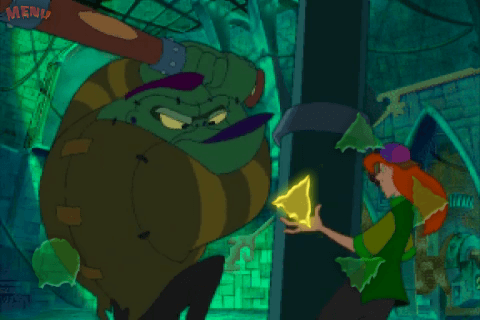 This isn’t truly a hindrance however. This is because even if you happen to die around that corner you just turned down, you will instantly be revived and given another chance. This leads to a difficult puzzle game as you navigate the castle that doesn’t have a truly punishing difficulty of starting over again at the beginning.

Overall:
FMVs (Full Motion Videogames) may not be available on today’s consoles, but that doesn’t stop the quality from appearing on the iPhone. Brain Dead 13 is quite enjoyable, and though it may appear frustrating at first, you will come to enjoy the randomness that is the game’s death system and find out how to help Lance escape the Dr. Neurosis. Though another small issue is that once you have figured out the right path to take, replay value does suffer slightly unless you want to see just how many ways Lance can meet his doom.

I give Brain Dead 13