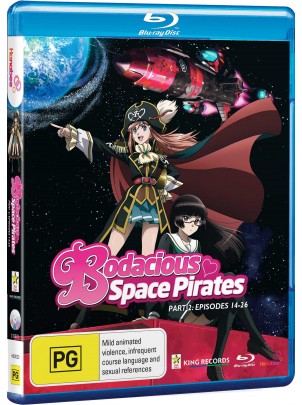 Bodacious Space Pirates is an Anime adaptation of the light novel: “Mouretsu Pirates” authored by Suichi Sasamoto and is currently at 9 volumes. The Anime adaptation was animated by Satelight and covers 26 episodes. The second part of the release contains episodes 14-26 and picks up right after the events of the first part.

Bodacious Space Pirates follows the story of Marika Kato who inherits the captaincy of a pirate ship called the Bentenmaru as well as its crew from her seemingly deceased father that was the previous captain of the space pirate ship.  The second part of the series deals with the Bentenmaru crew and its adventures in space piracy. This particular part deals with a few arcs. 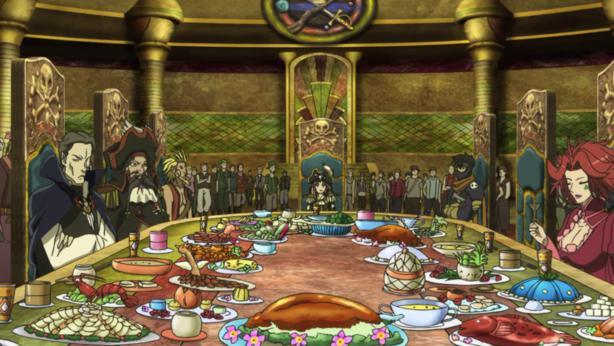 The first arc in this part of the series involves the aftermath of a deadly illness incapacitating the crew of the Bentenmaru and so Marika must enlist the assistance of a new crew to ensure that the Bentenmaru is able to continue pirating, else they will be likely to lose their Letter of Marque. The second story arc involves a race involving a small space shuttle and the students in Marika’s school Space Yacht club. The final arc sees all of the Space Pirates in the stories universe gathering together to battle a final and powerful enemy.

What I really liked about the story in Bodacious Space Pirates was how each arc in the story was handled. Each took a fair few episodes to get through and it really felt like you were engaging with an ongoing story rather than watching a bunch of standalone episodes vaguely stuck together. However, converse to that, I really disliked how the crew of the Bentenmaru was essentially sidelined for two entire story arcs on this particular side of the series. While the arcs were enjoyable in themselves, I actually enjoy the Bentenmaru crew more than the schoolgirl crew, so this is where my disappointment comes from.

One last thing that I want to mention is that it was clear from the ending of this part that the team were setting up for another season or something. Towards the end there all of the pirate lore was building up nicely and all of the characters were faced with an important question. While it does sort of go answered, it is unclear as to what the pirates do afterwards really. If there is a series revival or a second series, I’d definitely be on top of that. 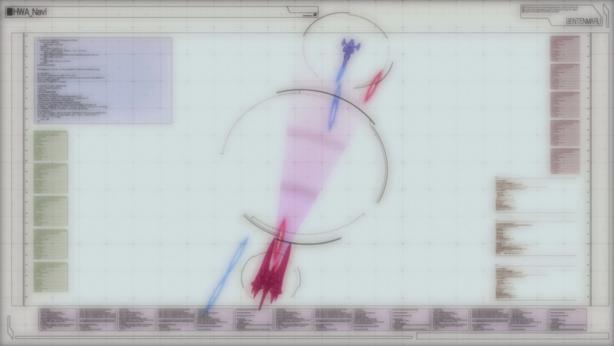 I think that I mentioned this in the last review, but Bodacious Space Pirates has some rather interstellar space ship designs. I hope that when I live to see the space age, that we get spaceship designs as great as the ones presented in this series.

What was notable was the amazing visual fidelity offered by the Blu-Ray version of the series. If you are to watch Anime in any format, it has to be in the superior Blu-Ray format. This is especially true for Bodacious Space Pirates.

My one issue with the video in this particular series, and this was present on the first part as well, was that each episode seems to be encoded with scanlines. This means that you might have to manually tell your player to de-interlace the video. While a minor annoyance, it would have been nice to have a version of series available that supports televisions newer than 2003. 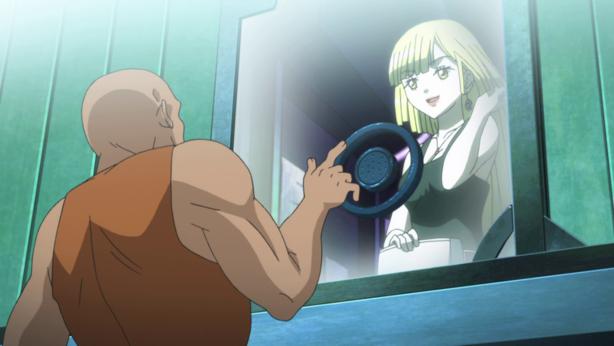 Once again the character designs in this series are amazing. And now that we get to see a larger portion of pirates and other assorted characters, it’s great to see some amazing costume designs. What was particularly enjoyable about this is that one character aboard the Bentenmaru is actually quite the attractive woman when she’s given the opportunity to showcase her body. I was actually confused as to who the character was for quite a while considering how different she appeared.

By this point in the series the English dub has actually improved quite significantly, or at least, I have become accustomed to the English speaking voice actors for each character in the series. However, I still have to admit that the Japanese dub is the superior speaking audio track for this particular series. Unless you’re a person that hates subtitles or is unable to keep up, I’d recommend listening to the Japanese audio dub, but for those that would prefer it, the English dub is also pretty good. 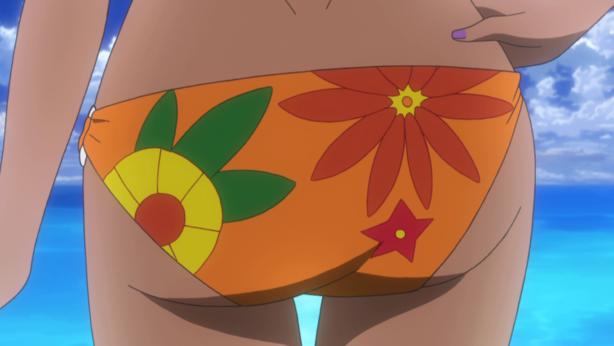 The last point that I want to talk about is how cheesy some of the dialogue is in this series. While the first half of the series had its share of cheesy moments, this half ramped it up significantly. I think that they were trying to romanticise space piracy somehow, but they ended up overdoing it a little and you kind of get sick of hearing about how awesome it is to be a pirate in the vastness of space.

Once again, even after flicking through the releases filesystem, I couldn’t find too many extras included with the packaging. I did find a bunch of Hanabee trailers, as well as clean opening and closing animations. It also features a teaser trailer for the series.

The reverse cover-art is a picture of space featuring the Bentenmaru and it features an episode listing. As someone who loves reverse artwork, this was a little disappointing, especially considering many other Hanabee releases have such amazing artwork on the flipside. But, eh, you don’t watch the interior of a DVD/BD case too often, do you?

Bodacious Space Pirates Part 2 is an amazingly entertaining package that, in my opinion, is superior to the first part in many significant ways. Better stories, better dubbing, more awesome spaceships and even more. I’d definitely recommend this series to anyone (as a whole, because it’s a bit weird recommending just part 2 by itself) and anyone that has seen the first part will definitely be wanting to grab this second part of Bodacious Space Pirates.