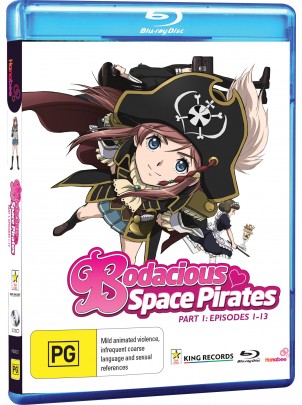 There aren’t really all that many Anime series out there that touch on the life of someone in space. Off the top of my head, I can only think of a very small few, and even less if you don’t count Super Robot Anime. So we’ve got shows like Cowboy Bebop, Cobra, Outlaw Star, I really want to put Reach for the Top: Gunbuster here as well, Planetes, and, uh… While I know there are others, it’s a very small list to be sure.

So I think it’s great that a new Anime series has come into a genre with very little in it. And not only that, it’s a great and fun addition that should be added to any collectors shelf. Why is this the case? Hopefully I will have answered that in my review below. 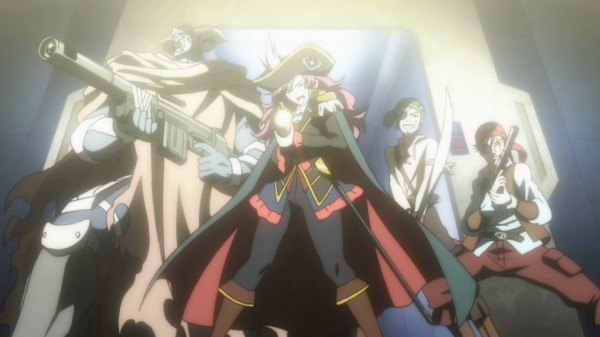 So you’re a highschool girl and you’re also a member of the schools club dedicated to space exploration (like, while in space) and then suddenly as you arrive home from your part-time job you are greeted by some weirdo’s claiming to be space pirates. What makes this worse is that they’re old friends of your mothers and ferocious (not really) space pirates to boot. And they want you to be the captain of their fearsome space vessel. What do you do?

This is a very similar situation that happens to our lead protagonist, Marika Kato. The space pirate ship: The Bentenmaru, can only be captained by a direct descendant of the previous captain of the ship. This happened to be Marika’s father who had passed away just recently. As such, she is now the next in-line to become the ships captain. 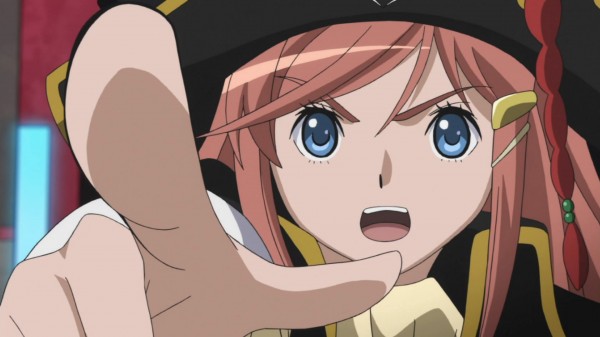 What I actually enjoyed about the story was all of the weird stuff that is thrown into the worlds lore. For instance, who’d have ever thought that piracy could not only be legal, but something that is looked up upon and enjoyed by the people being robbed? Not me. But in this series, this is a scene that occurs a few times throughout.

I also quite like the way the story progressed. While I feel that Marika should have made her decision to become a the captain of the Bentenmaru sooner, I do enjoy the fact that she took a few episodes to make her decision and for us viewers to learn what kind of character she is and the kind of captain that she’d be. This is shown most predominantly in the few episodes that see her aboard the club’s space yacht, doing regular activities and also taking charge when the situation arises.

Each of the characters within the show add a variety of flavour to the main story, giving it a much more unique and often humourous feel. The crew of the Bentenmaru are a mixed few, and each adds a new dynamic to the situation which makes watching quite amusing. 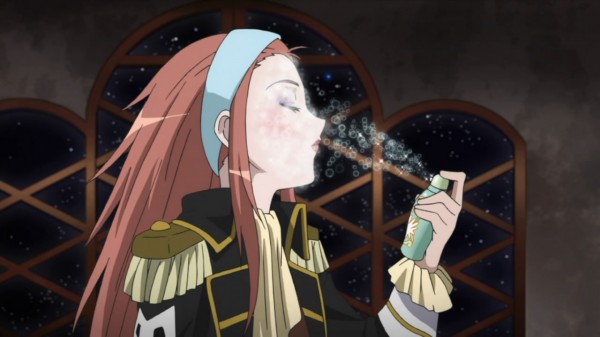 I really thoroughly enjoyed my time with the story of Bodacious Space Pirates, it was humourous, clever, different and funny. It also progressed at an enjoyable rate and had very few flaws from a storytelling perspective. I can’t wait to see what happens in part 2.

The visuals in Bodacious Space Pirates are quite remarkable. The first thing I want to talk about are the character designs. While each of the characters look quite plain facially, the costumes and clothing designs are quite great. This is especially true for the times the crew of the Bentenmaru are doing their usual piracy runs.

I also really enjoyed the designs of the spaceships used in the series. I don’t quite recall any single man fighter craft being used, but instead each ship is quite large and commanded by multiple units. What makes this cooler is that the ships themselves are quite extravagant in design while also being amazingly functional. If I was an engineer, I’d probably find a lot of things wrong, maybe, but as a regular viewer, it all looked right and made sense to what I think I should would look like and function with. 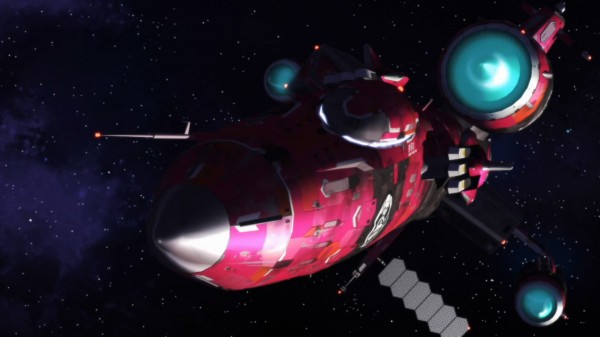 I also really enjoyed how with some scenes, when there is a lot going on, a lot was going on. For instance, when the Bentenmaru first rob a luxury liners passengers of their goods there is a flashy display of combat, while also showcasing how overjoyed the passengers were to see such a show being put on.

The visuals in this series are great as a whole. Aside from the one complaint, this is pretty well animated series. Also, the opening credits are awesome.

Bodacious Space Pirates has to have one of the most catchiest opening and ending themes that I have heard in an Anime series this year. Did you know that one of the guys from Megadeth did the guitar arrangements for the theme? Neither did I, but Wikipedia says it’s true. I’ll include an embed to the song underneath this review. 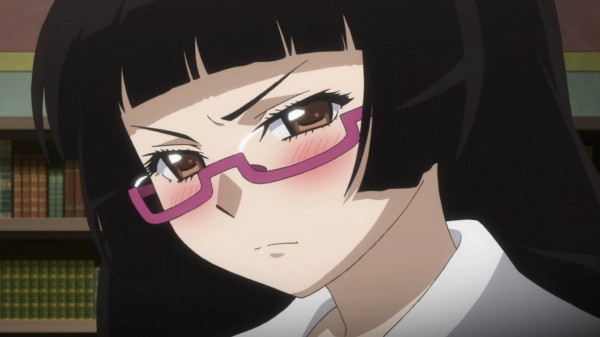 My one major gripe with this series from the audio is that the English dub is mostly horrible. I mean, yeah, you *can* watch it; just as much as you *can* stick your hand in a blender. You can do it, but I would not advise it. The Japanese dub, however, is amazing. The only problem there is that you have to read subtitles if you’re not a native speaker. And really, this is the one issue that stopping me from making this a must-watch recommendation. The English dub clearly detracts from an otherwise brilliant series.

Unfortunately there aren’t too many extras included in this release. We have the textless opening and closing credits, as well as Hanabee trailers. While a bit barebones, when you consider that this is a two part series and it’s price overall, it isn’t too bad of a set. A bit basic, but better than nothing.

Bodacious Space Pirates is an amazingly good Anime series with some pretty hilarious moments. However, due to one major fault, I find it hard to recommend this to just anyone. Even so, I still believe that everyone should get around to listening to and enjoying the amazingly awesome opening theme. Pick up this release if you can stand the average English dub, or if you don’t mind listening to the Japanese and reading subtitles.