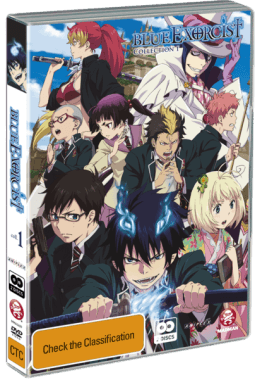 Overview:
It’s hard to argue that Blue Exorcist wasn’t one of the most popular anime series of 2011. It seemed like almost overnight, the entire anime fandom had their eyes on Kazue Kato’s creation. To ascertain exactly what made Blue Exorcist so popular is a difficult task to undertake. From the outside, there doesn’t appear to be anything especially remarkable about this anime. So how has it managed to captivate audiences worldwide? What is it about Blue Exorcist that so many people have connected with? Well after viewing the first collection of the series, I think I understand now. 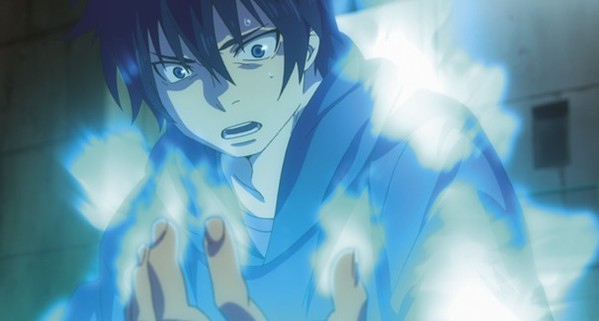 Story:
I’ll be frank, Blue Exorcist is as typically shonen as they come.  There is nothing about Blue Exorcist that is particularly new or creative, in many ways it is incredibly derivative from other much better series. It takes a lot of inspiration from shows like Fullmetal Alchemist and Yu Yu Hakusho, as well as many other shonen anime. But this is actually what makes Blue Exorcist so enjoyable. It feels like a culmination of a lot of the better ideas the genre has had. Sure it’s derivative, but it’s only deriving from the good bits.

The plot of Blue Exorcist feels very much like Yu Yu Hakusho meets Fullmetal Alchemist. You have a protagonist whom is your classic delinquent with a heart of gold that is ultimately involved in all kinds of supernatural mayhem, all the while attending school like any ordinary kid (see Yusuke Urameshi). This protagonist also happens to have a close bond with his brother, a bond that grows stronger after the loss of a parental figure (see Ed and Al Elric). Oh but wait that’s not all, the protagonist is actually in fact part demon and is the progeny of the King of all Demons himself (see Yusuke Urameshi again for something eerily similar). As I said it’s all too familiar, but it works well enough because the execution is superb.

While it may be a very familiar affair, Blue Exorcist does have enough of it’s own identity stamped out that it’s easy to look past it’s use of other anime’s ideas. For one, the series implements a vast cast of characters that seemed to keep growing with each episode. There were some characters that I found a little too on the nose for my liking such as Ryuji Suguro otherwise known as ‘Bon’.  I found his character to be a little too over the top at times, but the rest of the cast really does shine with incredibly detailed characterisation and well crafted one off stories for them to be fleshed out in.

This first collection’s pacing has been rather slow paced, which did leave me pondering when things will kick into gear. But the final stretch of episodes in this collection did impress me with it’s direction despite some miss steps in the lead up. I feel that this series has a lot of potential to take itself to great heights, many of which will rely on the path the second and final collection decides upon. As a single collection in and of itself this 13 episode pack felt like the foundations for what is to come. We got some great characterisation and an impressive amount of world building. How will the series deal with a more lengthy story arc? We will have to see. 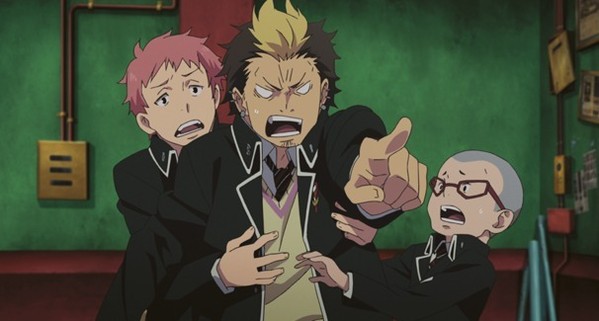 Visuals and Audio:
Now this is a series that truly impresses in terms of aesthetics. These HD visuals are what I expect from all modern anime. The quality is top notch and the art style is distinctive and inviting. Just a quick glance and you are enveloped into this world of exorcists. That right there is a craft that not many anime understand, engrossing viewers almost immediately is something special and Blue Exorcist does that extraordinarily well.

From an audio stand-point I find it somewhat disappointing to say that this release does not feature a dub track and is merely subtitled only. But that probably won’t turn away the more hardcore audience that generally seems to prefer subs. It is a little disappointing though for the more casual viewers however that aren’t as accustomed to subs as the hardcore fans are. If you are in the more casual audience and prefer dubs, wait a while and pick this up when it gets it’s eventual dub release, but if not the original audio is sure to please everyone else.

The series soundtrack is phenomenal and certainly one of the better soundtracks I have heard in a long time. I took an instant liking to the opening theme by Uverworld. It’s just that good. All in all they couldn’t have gotten better backing tracks for this series. 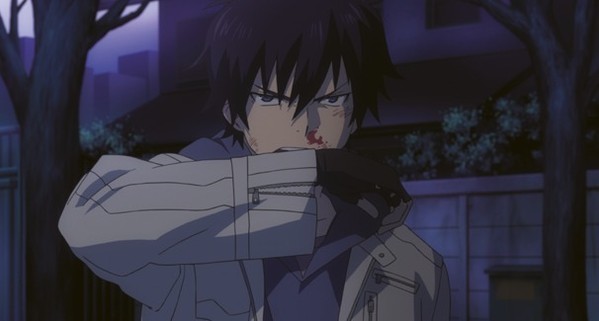 Extras:
Thankfully Blue Exorcist makes up for it’s lack of an English dub by implementing a plethora of juicy special features for us to sink our teeth into.  The collection features a special animation called ‘Ura-Ex’ (B-Side Exorcist), textless opening and ending themes and some web previews for each new episode (these are more cool than they sound). It’s a nice little buffer of extras to add on to the 13 episode count of the collection and ultimately makes for a mighty enticing purchase. 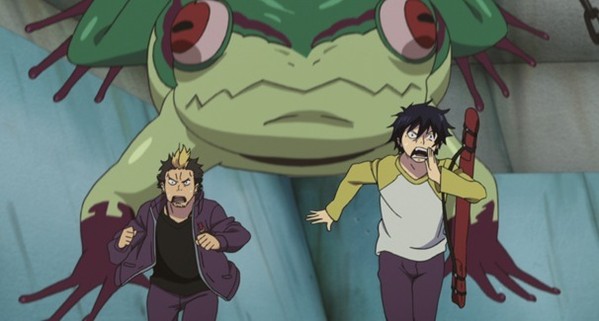 Overall:
Blue Exorcist is nothing new. If you have ever watched a shonen anime before, you will see things here that you have definitely seen before. But that’s okay, because Blue Exorcist does a good job with it’s execution. I understand why this series is so popular and I believe that it is because it feels like a culmination of all the things that shonen fans love. Whether you like delinquent characters, brotherly bonds, cute anime girls or supernatural powers and creatures, Blue Exorcist has you covered.

This is certainly a good watch for shonen fans, but if you are looking for something new – look elsewhere. Not only that but if a lack of dub is deal breaker for you, then maybe it’s best to wait for the dub release. Ultimately Blue Exorcist is what it is, a summation of the best ideas this genre has and for that alone it makes for an enjoyable series to spend some time with, even if it doesn’t shock or surprise you.