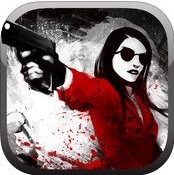 Overview
People enjoy video games. People enjoy movies. So what happens when the two come together? I’m not talking about an  adaptation, but rather a production. Well known director John Woo has decided to delve into the world of gaming and create share his own vision: Bloodstroke. There will be blood, guns, blades and more blood as a Security Agent must undergo a not-too-impossible mission that she chose to accept: protecting a scientist. Sure there’s easier ways to get a paycheck, but if I’m sure if you make yourself a hard target you’ll be able to avoid a bullet in the head. 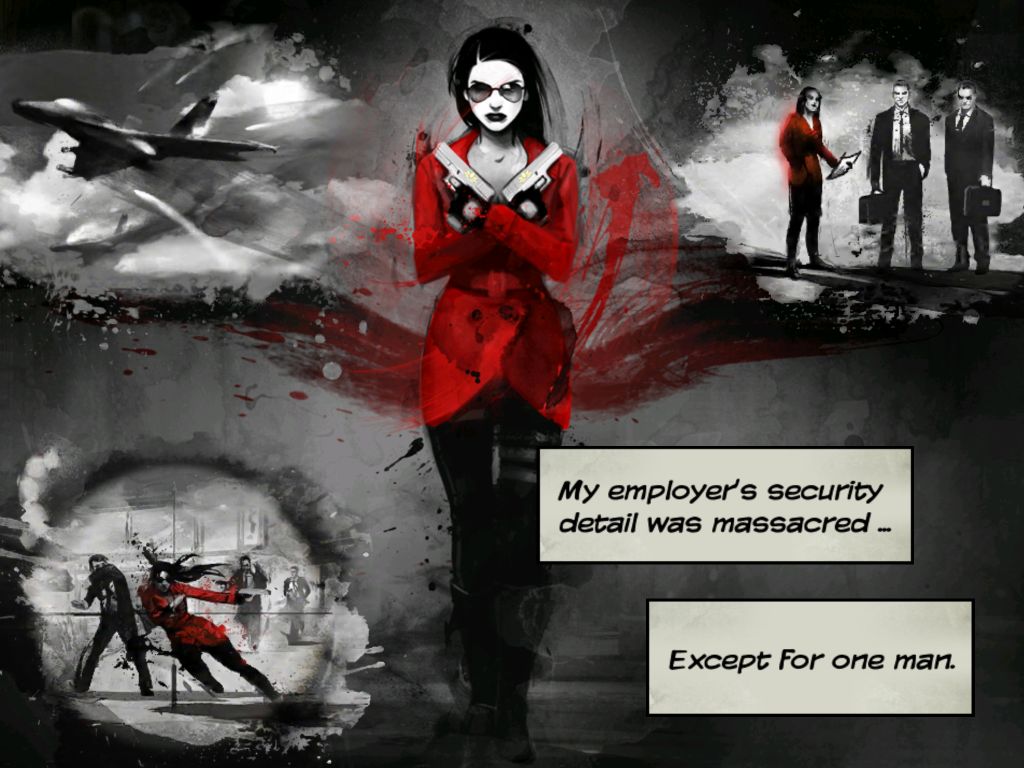 Everyone has an origin story…some are just bloodier than others

Story
Step into the shoes of Mai Lee, codenamed Lotus, an Elite Private Security Agent for the Phalanx company. Taking on her most recent assignment, which just so happens to be her first assignment, Lotus has been entrusted with the protection of one Dr Koorse. Making their way through the streets of Hong Kong and Beijing, Lotus and the dear Doctor are met with resistance at every possible turn. As the tide of opposition continues to wash the streets in blood, Lotus works to discover the identity and motive of Koorse’s attackers. All whilst keeping him alive.

Gameplay
Bloodstroke, in a way, follows the gameplay model of an on rails shooter. From an isometric viewpoint, you take control of Lotus and persistently make your way through the violent streets. Seriously, you can’t stop moving. Even removing your hand from the joystick merely reduces her to a slight jog. Tagging along behind is Dr Koorse who, without weapons of his own, continues forward on a predetermined path. This essentially divides the traditional game elements between the two characters. Lotus has access to the weapons needed to defeat the numerous foes, whilst Koorse possesses the health bar, without which you fail the level. So feel free to rush head first into battle because, for all intents and purposes, Lotus is immortal. Utilising your firearms and melee weapons, draw enemy attention and soak up damage to keep the dear old Doctor alive until he reaches the end of the stage, marked by a large X. Strategy comes into play when enemies begin to approach from numerous angles at once, forcing you to think about your style. Though blazing ahead will allow you to slaughter foes before they can even fire at Koorse, it also leaves him open to attacks from other angles. However, staying to close will cause every enemy to fire at your location, riddling Koorse with bullets. Which isn’t good. Should you ever be overwhelmed, special explosive weapons are unlocked by completing levels. Though limited in number, they may be just what you need to survive. 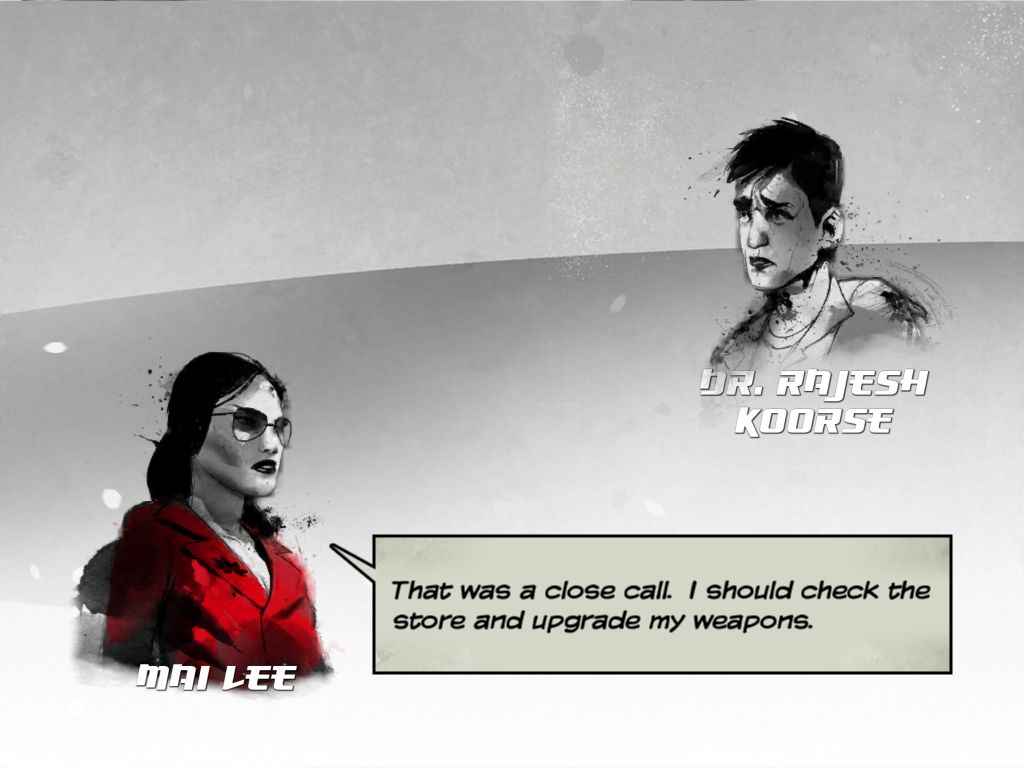 Weapons Store: For when you just aren’t killing fast enough

Occasionally, the gameplay mode will switch from on rails to a classic wave format. In these levels, Koorse remains still in the middle of the map whilst enemies approach from various directions. Once again, the trick is to know when to stay by his side and when to take the fight to the enemy. This format is also used in special arena levels, which exist for the purpose of netting some quick cash should you manage to complete bonus objectives and survive the onslaught. Enemies will naturally follow the evil progression trend and become stronger as the waves pass, making each moment more deadly than the last.

Where would a game be without upgrades? Being the Elite Private Security Agent she is, Lotus has access to a cadre of deadly and dangerous weapons. Each may be upgraded using your hard earned blood money, boosting elements such as damage, reload speed and reach. You may also decide to spend a lot extra and change weapons entirely. Though the default loadout is dual handguns and daggers, the game also includes shotguns, assault rifles, swords and chakrams (which just look cool). If you decide against spending a large chunk of cash on said weapons, they are eventually unlocked through completing levels. So it’s basically a question of time vs money. What would you rather spend? 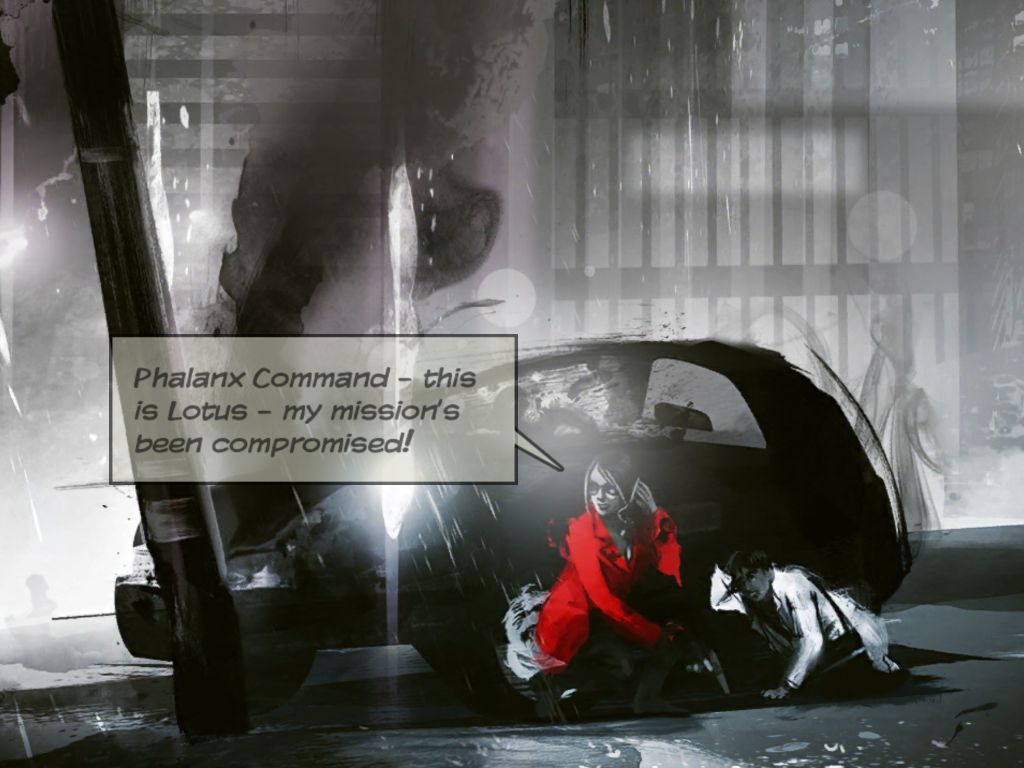 Visuals
The visuals are definitely one of the key elements that define Bloodstroke. The entire game is presented in black and white, lending a starkness to the environments that would not be possible were colour to be used. On top of that, the monochromatic background serves to powerfully contrast the colour red, whenever it is used. Combined with the sheer amount, the colouration of enemy blood provides an immediate and noticeable impact to the violence of Lotus. You’ll know who you’ve already killed, that’s for sure. Lotus’ bright red longcoat also serves as a beacon, allowing you to not only identify her at a glance, but also immediately connect her to the presence of blood. Which she usually creates. Because she’s a badass.

The game also features elements of traditional styles. Each cutscene is presented as a comic panel, providing visually still explanations of events complete with dialogue boxes. These visuals are also presented as if drawn with ink, strokes of shifting size, splotches covering images, haphazard colouration. Each of these elements serve to further stylise the game and add a visual concept that stands out. 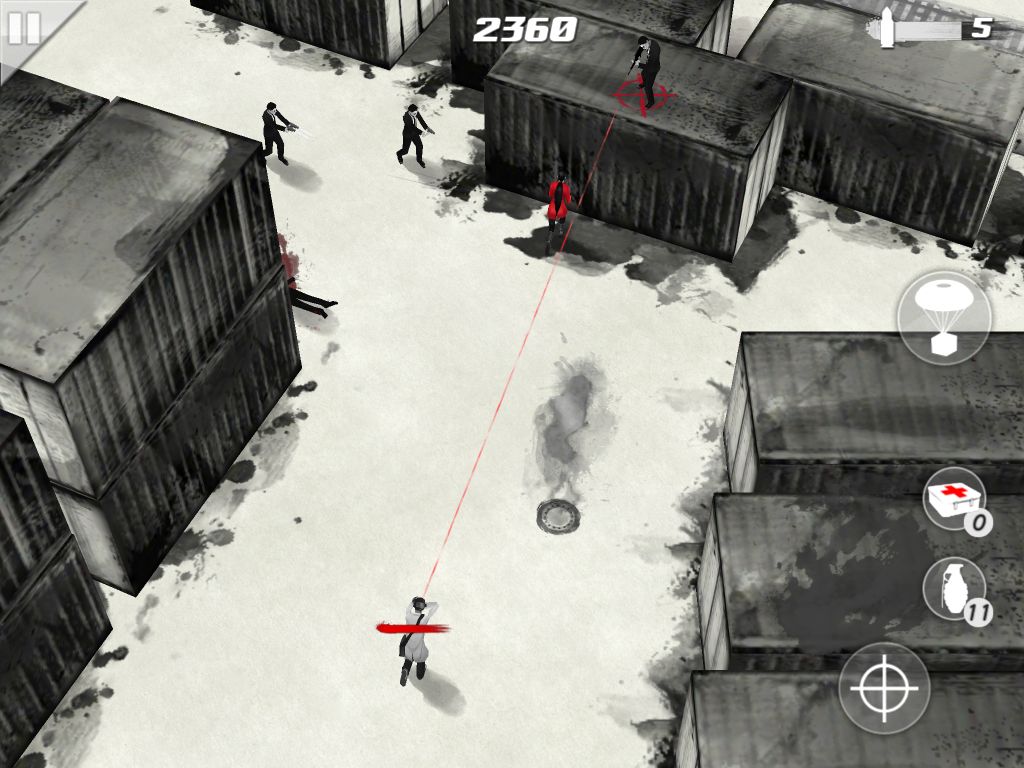 Things are about to get a lot more colourful…

Audio
The main element to note regarding the soundtrack is the inclusion of a band called Far East Movement. Their presence adds a certain modernity to the audio that blends well with the more traditional Chinese sounds that are also present. A strong, almost urban feel, exudes from the cello that serves as an anchor for the beat (in the song that overlays the map). Combined with Chinese flutes and strings, the music serves to represent modern China. Born from tradition, now existing in cityscapes.

Sound also plays a very important role in combat. As each weapon has it’s own unique sound, listening past the backtrack will allow you to ascertain the current threat level. Hearing a gratuitous amount of shots being fired? Probably a good idea to check on Koorse. Enemies will occasionally be concealed by the environment (i.e. trees) so sound is sometimes the difference between victory and loss. Plus it’s really cool to hear your bladed weapons slicing through the air…and enemies. 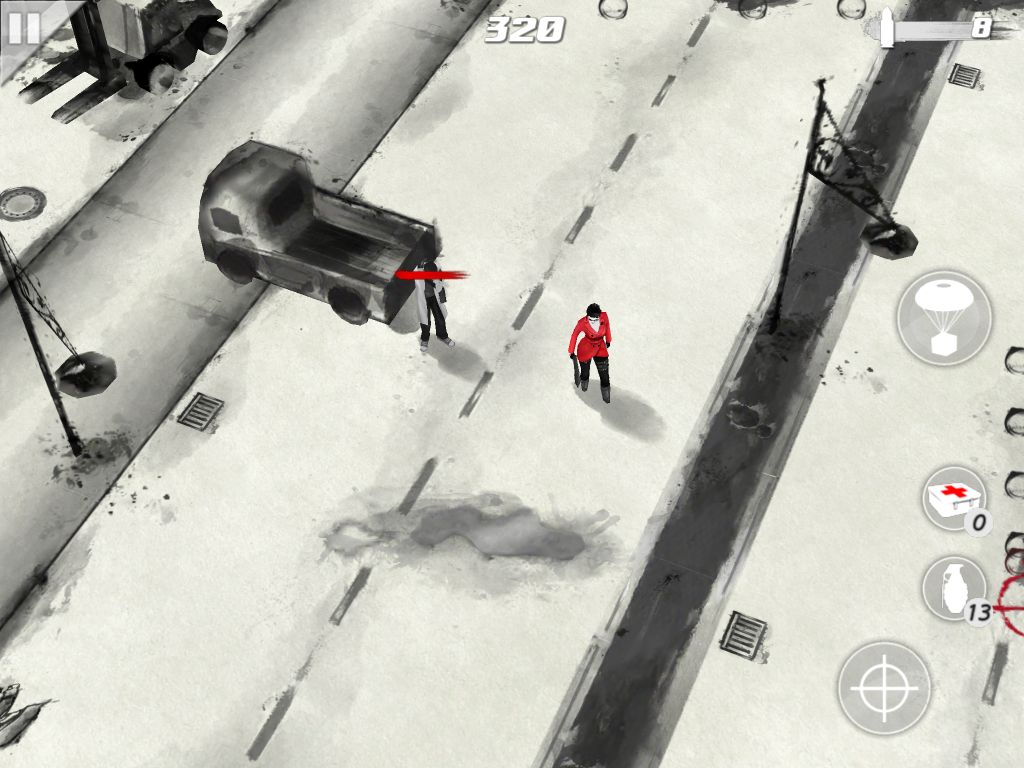 It’s quiet…everything must be safe then

Overall
Bloodstoke is a game that both looks cool and is fun to play. The levels, whilst fairly simple and relatively short, are in no way an unfulfilling experience. When you hear about a game that is essentially one long escort mission, expectations naturally drop. Those things are difficult, and tedious more often than not. However, being that Lotus is invincible, a great deal of the pressure is taken off. This allows you to devote your attention entirely to keeping Koorse alive. Additionally, the whole “on rails” style actually makes the game easier than it would originally appear. Though the concept of an escortee who constantly runs into danger sounds horrible, compared to the AI that NPCs generally have, it’s actually not too bad. At the very least, you know where Koorse will go, meaning you just need to get there first and kill everyone else. Helpful. All in all, Bloodstroke looks good, plays well and sounds cool. What more could you want from a game?