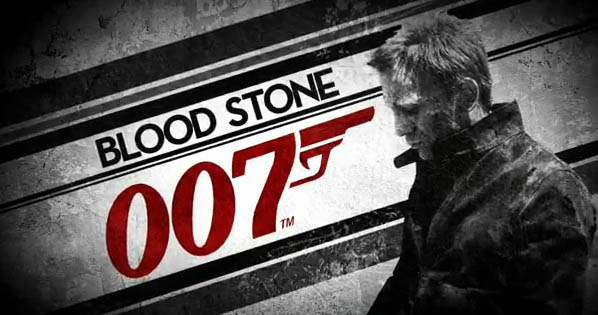 Story
Blood Stone 007 starts out with an attempted terrorist attack at the G20. M contacts Bond to stop the attack from happening. The attack will happen during a group photo of the world leaders, and Bond has to rush against the clock as he attempts to stop the person behind it all. You are dispatched as bond and the action starts instantly. The game’s tutorial is thrown in among the action and everything you need to know is taught quickly and effectively. Upon finishing the first level, the James Bond style opening credit scene starts with bond killing people and diamonds bursting out. Let the game commence! 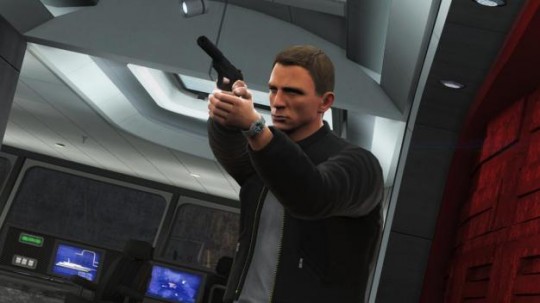 Gameplay
The singleplayer experience consists mostly of running through pretty linear levels as you beat people up, shoot them, and sneak around. By dispatching people through hand to hand combat, you will unlock focus shots, which are basically auto-aimed instant kills. You can collect a maximum of three of these and although they seem pointless, since you could just shoot everybody, they come in quite handy. Farther enemies are a pain to take out without a sniper rifle, but by using only one focus shot you can take anyone out at any distance with a single bullet. A cover system is also implemented in order to keep you from getting filled with bullets. It seems a little clunky at first and takes a while to get used to, but after you get it down it becomes easy to use and extremely useful.

Gadgets aren’t a big focus in this game. Most bond games are full of gadgets, but this one only gives you one: The Smart Phone. This smart phone handles all electronic needs, shows you where to go, and lets you scan data that adds some more detail to the game. At all other times, you are relying on your fists, one pistol, and one heavier weapon. Throughout the game you will run into electronic devices that need to be hacked or bypassed. You may have to press certain buttons to get passed a pretty easy hacking minigame, or scan various objects throughout the level in order to get all the pieces to the code. Honestly, I never used the smart phone unless I was required too, at all other times it just seemed pointless and removed from the action of the game.

Multiplayer is an addition that seems to fall short. The multiplayer plays a lot like singleplayer and uses the same basic system. You pick your weapons, take cover, and shoot people. There are basically other players who can actually hit you and kill you, unlike the AI most of the time. There is an upgrade system that is based on medals that you can gain and by doing certain tasks you can unlock more guns to use. The multiplayer feels like a generic attached multiplayer with different modes and a few settings, but it isn’t really that original. On top of that, the community seems to be dying already and there are balancing issues. People may still be going through singleplayer and haven’t touched multiplayer yet, but when I tried to find a game it took a while to get a lobby and then only had 5 or 6 people were in the lobby at one time. The balancing issues are also pretty annoying and I have run into many games where the set up is 4 levels 20s against 3 level 5s; that just doesn’t seem fair at all. 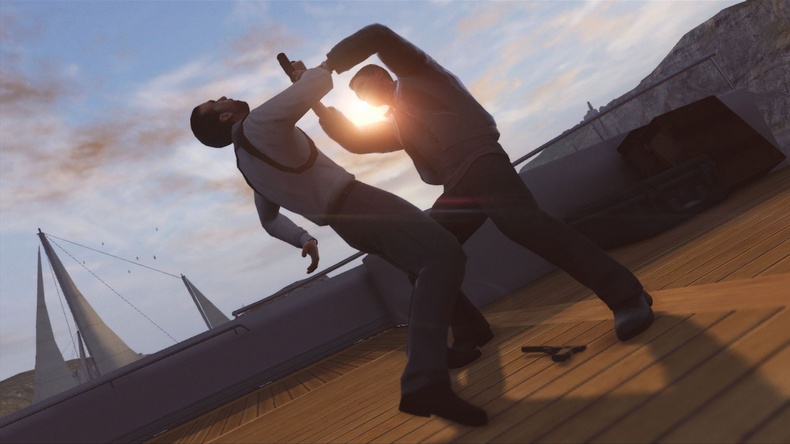 Audio & Graphics
The audio is decent, but it has its shortcomings. Explosions are the key emphasis in this game, and they sound epic. On the other hand, voice acting is pretty poor but it doesn’t remove the player from the overall experience. Gun Fire everywhere, parts of the level blowing up, and destructible scenery that blows up in your face creates a symphony of disaster that dances on your ear drums. Sadly, the entire level isn’t full of these kinds of moments. At the times that explosions aren’t going on you are stuck listening to someone tell you what to do or what you should be doing from half way around the world.

The graphics are great during driving scenes, they are simply beautiful and well done. Sadly, these moments don’t transfer over well to the on foot moments in the game. During the times where you are on foot the graphics just seem generic and dull. However, I must emphasize the use of explosions and crashes to create a more dire situation. While no moment actually has any immediate risk (Aside from a few scattered moments), the action happening around you creates a rushed feeling that pushes you through the level at a brisk pace. Often this causes unnecessary deaths, but also raises the thrill of the game. 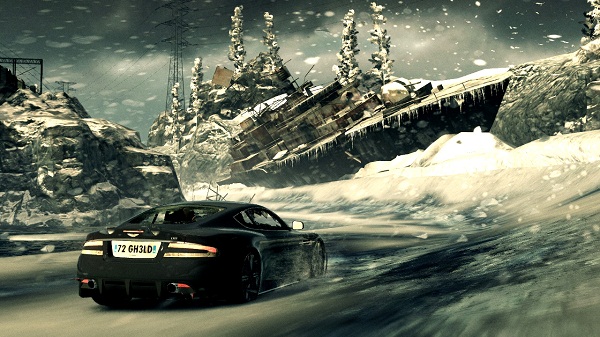 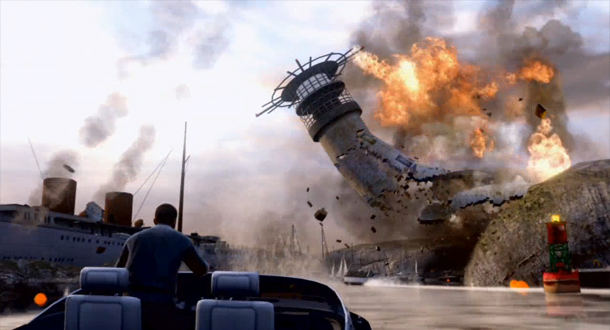 Overview
Blood Stone 007 is simply fun and enjoyable. The singleplayer experience may be straight forward and quite linear, but the entire trip is enjoyable and lots of fun. The harder difficulty that is unlocked by beating the game doesn’t actually add much but it does add a little extra for those people out there that enjoy completing their games completely. The multiplayer is also pretty fun, if you can look past the balancing issues and the fact that it is relatively difficult to find a game. Blood Stone is not based off of any James Bond movie and even though it grabs some memorable features out of every James Bond movie, it is still its own unique story. Blood Stone 007 is a lot of fun, albeit short, and deserves to be play. I just sadly don’t see the multiplayer lasting that long and the story wasn’t all that clear; however, there were tons of explosions and that is all we really need right?!
I give Blood Stone 007