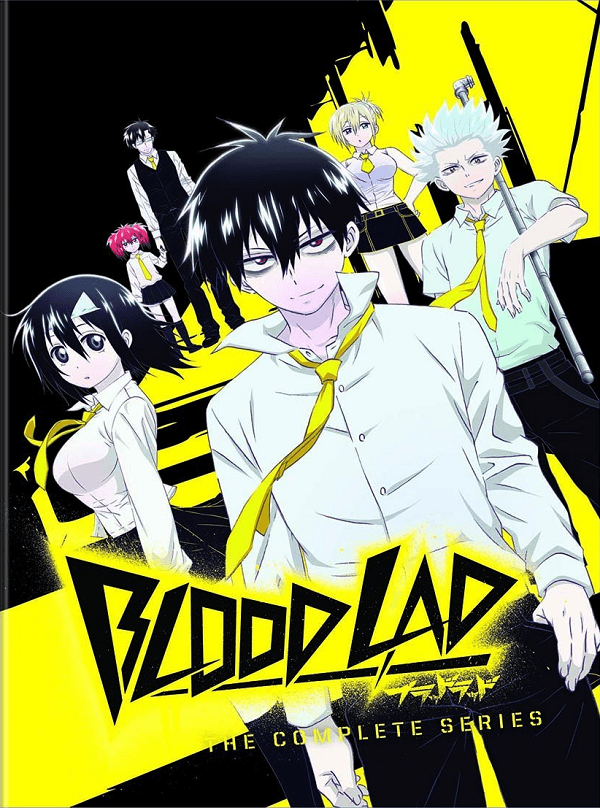 Overview
There have been a number of television series that have begun airing fewer and fewer episodes every season. For basic television series, these usually happen when they are popular enough to coast by or are brand new and haven’t been picked up for more than that. However lately, anime series have begun to air at ten episodes and while a few in the past have managed to deliver within this limitation, many have not. With Blood Lad being given that same treatment, but with an OVA added onto it, is the series worth picking up now that Viz Media has released it in English?

Story
Vampires are creatures of legend and even in the Demon World they are ranked incredibly high as far as power goes. Staz happens to be one such vampire and has even managed to claim a large section of Demon World as his territory. The problem is, Staz is a complete slacker who would rather stay in his room reading old manga and playing old video games from the Human World than deal with interlopers. 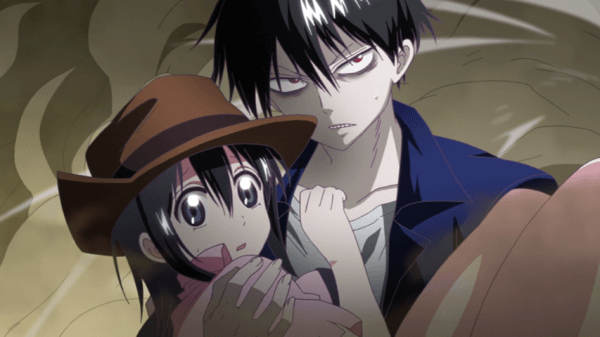 However when a human girl named Fuyumi ends up lost in his territory, all that changes. You see, over the years humanity’s fear of demons has become non-existent and due to the strength of human technology, demons remain in their realm, giving Staz his first ever encounter with a human. To add to Staz’s love of humanity, Fuyumi is an adorable looking girl that gives him feelings he has never felt before.

Unfortunately, due to his lack of attention when dealing with an opponent, Fuyumi is killed by a man eating plant in his room. Despite this early death, it seems that Fuyumi isn’t about to disappear quite yet as humans who are killed within the Demon World become ghosts. Now that Fuyumi is a ghost she quickly learns that she cannot simply return to life as normal and because of this, Spaz swears that he will do anything to bring her back to life.

On this mission he encounters not only his old rival Wolf, a werewolf with issues of his own, a dimension hopping treasure hunter named Bell, but even members of his own family who he has quite a history with. Despite having a fairly standard sounding premise, Blood Lad avoids mediocrity by giving us a comedic action series that rarely takes itself seriously and is also populated by a wonderful cast of characters with only one real dud.

With Staz being the main lead, and a vampire at that, it would be easy to see him as an overpowered monster but thanks to the actions of his brother and his slacker attitude he rarely takes anything the way your standard protagonist would. He chooses either to instantly take out opponents who are simply too weak and are on his bad side, refuses to go all out against friends who he knows cannot take it, and even realizes when he shouldn’t waste energy in a pointless fight. 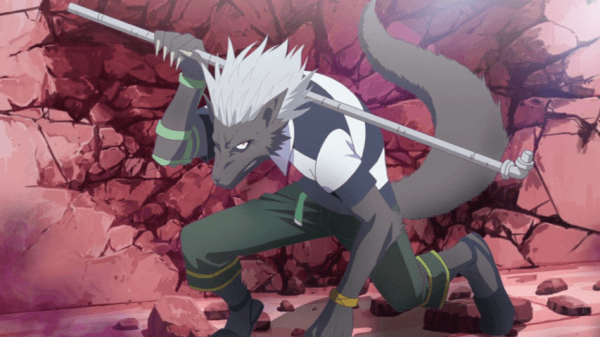 Add this to his otaku nature and love of Japanese anime and manga and his personality is a major highlight in a series full of great characters. Bell’s dimensional abilities and attitude towards Staz makes for some very funny scenes even when she is hiding her own feelings while Liz, Staz’s younger sister, ranges from a horror movie style murderer to a cute little girl who just needs someone to actually care about her.

Unfortunately, amongst the aforementioned characters and many colorful characters that appear in the series, Fuyumi’s personality is just as invisible as most ghosts are. Despite the fact that the story revolves around resurrecting her, she rarely grows in any major way outside of a few special revelations that occur near the end of the season. Even then these are just revelations about the people around her and not Fuyumi herself, who mostly serves as a fan service delivery tool that is also a decent source of comedy. 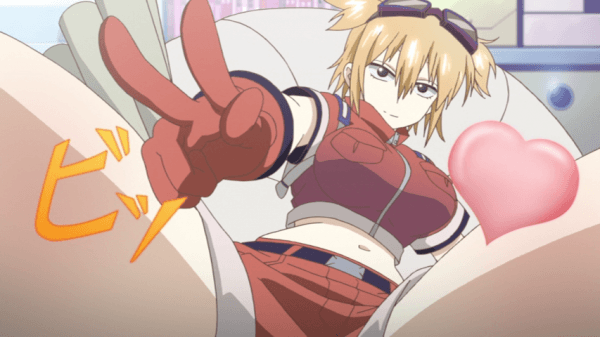 Blood Lad tells an interesting storyline full of wacky events laced with action packed showdowns. There are a number of developments that occur throughout the limited ten episode run as we learn more about Fuyumi and Bell’s connection and what Staz’s scheming older brother is up to. However thanks to the fact that the series is only ten episodes long, there are so many loose threads hanging by the time the credits roll that barely anything is even wrapped up. If anything, this can give the viewer the feeling that the limited run was merely a tool to promote the manga series, which is quite unfortunate.

Visuals
Blood Lad makes stylistic use of a bright color palette that makes the most out of the environment and character designs. The environments have a unique feeling to them, even though many of them tend to be stylistic takes on an urban environment while the characters all have unique looking features, including all of the Vampires looking sleep deprived. 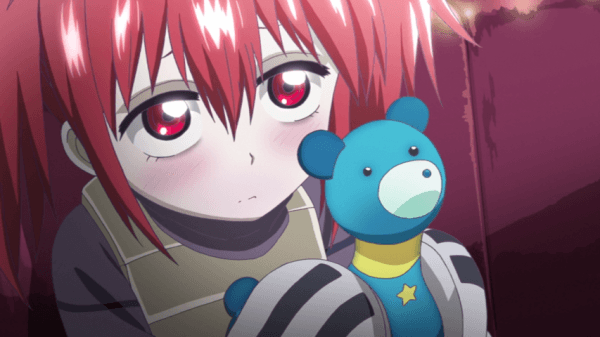 It is worth noting that although Fuyumi and Bell are used for fan-service throughout the series, it is actually limited to cosplay outfits or a few very basic scenes that are a nice treat for those who enjoy it and shouldn’t bother those who don’t. The action sequences tend to be rather short affairs but feature a nice amount of flair and it is interesting to note that the series’ manga influences tend to transition into the series quite a bit as text will often appear on the screen, either containing extra dialogue or sound effects.

Audio
With this release of Blood Lad Viz Media has provided both the original Japanese voice track as well as the newly recorded English dub. Considering the mood of the series and the amount of comedy it contains, the English voice actors fir their characters quite nicely, though it is the female cast that actually works the best. Bel’s voice actress Kira Buckland really helps bring out her personality while Fuyumi’s voice actress Xanthe Huynh fits her helpless sounding nature. 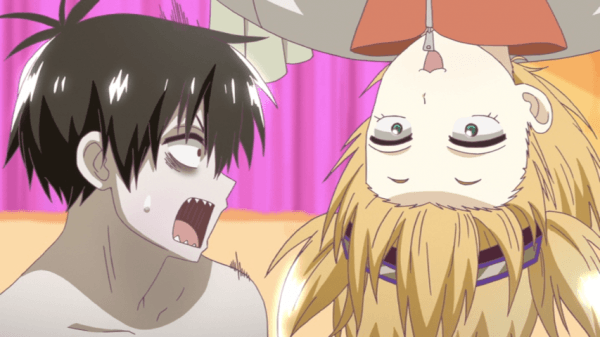 The background music used throughout the series is rather solid sounding with a nice mixture of appropriate sounding tracks. The opening theme “Vivid” by May’n is a real treat for the ears, making it difficult to skip the opening sequence especially since it is paired nicely with the visuals while the ending theme “Bloody Holic” by Yuuka Nanri, the Japanese voice actress for Liz, is softer but is a nice fit for the series.

Extras
It is worth noting that since review is for the DVD version of the release, it comes with only a couple of bonus features. This includes a nice slipcover for the DVD set, as well as a Japanese trailer for the series and the OVA episode “I’m Not a Cat.” The OVA takes place immediately after episode 10 and does serve to advance the story just a little bit, but it mostly serves as a way to give viewers just a bit more comedy and action against new opponents.

Overall
Blood Lad is an exceptional series that is held back by a few faults, the biggest of which happens to be its limited run time. The basic premise might sound simple but most of the characters that populate it are unique and colorful enough to make up for that. Add to that the amount of humor and a great overall look and we have an enjoyable series that is a delight to watch, even if things feel unfinished when everything is said and done.