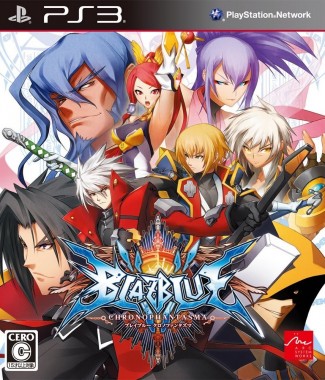 Overview
The wheel of fate turns once again, this time into the realm of Chrono Phantasma, the latest installment in the hardcore anime fighting game franchise BlazBlue. Unlike previous installments the game is exclusive to PlayStation platforms, completely skipping Xbox format this time round. It carries on the spirit of its predecessors and proves to be the most BlazBlueiest BlazBlue game to date, it is complex, highly detailed and choc-a-block full of content to sink your teeth into. BlazBlue: Chrono Phantasma is a love letter to the fans of the series and with this installment Arc System Works give them all they could ever want in a BlazBlue game and then throws even more stuff they didn’t even know they wanted on top. Are you ready? Rebel 1! Fight! 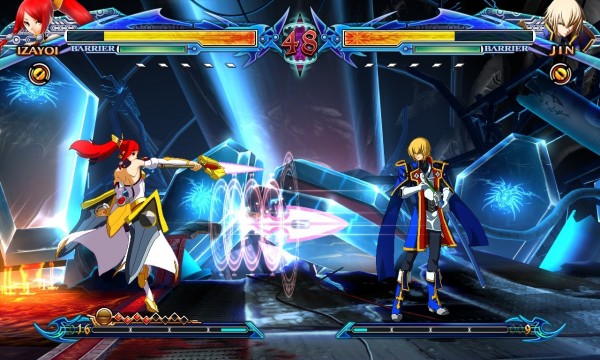 Gameplay
This wouldn’t be a BlazBlue game if it weren’t challenging and boy oh boy is this one hell of a challenging game, both in regards to the games mechanics itself and the complexity of its multi-layered story mode that will baffle even the most educated of scholars with its intricate web of plot. BlazBlue has always been known to be a hardcore fighting gamer’s dream come true and Chrono Phantasma is surely Arc System Work’s gift for all of those dedicated gamers.

Building upon previous installments of the series, BlazBlue: Chrono Phantasma adds a slick coat of polish to the core formula of BlazBlue and adds some nice new touches that improve the gameplay experience in subtle yet impactful ways. Perhaps the most notable improvements come in the way of the newly introduced ‘Overdrive’ mechanic which replaced Gold Bursts in the previous games, this is of course the new type of special power for your character but there are some differences to it that make it rather interesting.

For starters the Overdrive builds up over a period of time and once activated gives your character certain special effects such as increased damage from attacks and other character specific abilities as well. There is a good level of strategy that comes hand-in-hand with the Overdrive power, with players needing to consider the time limit available on the power up, which is relative to your amount of health left at time of activation. It is also worth noting that Overdrive has the otherworldly power of freezing the stage clock and thus giving players extra precious moments of time to lay the smackdown on their opponents. It is a simple power-up that has major possibilities if you are willing to master it. 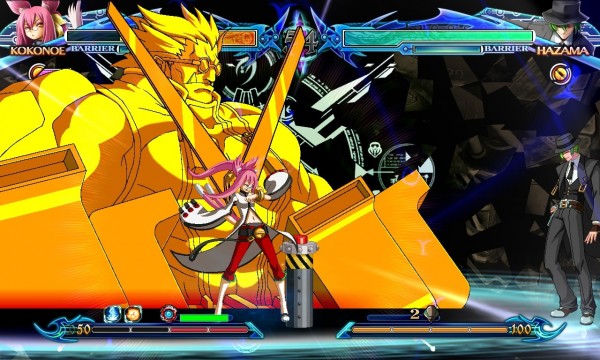 The game also features a plethora of game modes which is quite simply utterly mind-boggling to say the very least. There is of course the standard VS Mode which allows you to play against a friend or computer player in a traditional best of 3 battle. Also featured is the traditional Arcade Mode, which has you duking it out with a series of computer players in succession. What I found really interesting however was the Abyss Mode, which pits you against a wave of enemies with survival being top priority. It is a very challenging mode and one that will no doubt excite veterans of the series.

Alongside those modes is also a traditional Score Attack Mode and an incredible hard gameplay mode called Unlimited Mars Mode. The Unlimited Mars Mode is worth noting because of its concept alone, you are pitted against the most intelligent computer player the game has to muster and tasked with getting the highest score possible. In a way it is like playing Score Attack Mode on the hardest difficulty imaginable. It is incredible difficult and sure to offer up quite a challenge for those willing to give it a go.

Chrono Phantasma’s story mode may very well be the most complex one yet. Thankfully the game features a mode that has the characters update you on the story so far, recapping events of previous BlazBlue games. If you still can’t follow the story by that point then unfortunately you are going to have a difficult time with understanding this game’s story mode. Regardless of that, you should still be able to find a level of enjoyment from it. The cutscenes are a lot of fun and the characters personalities simply burst off the screen. 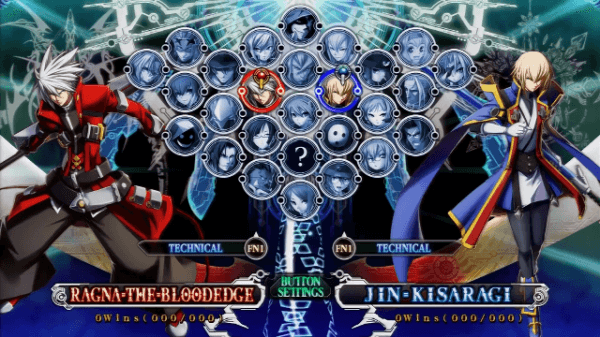 Ultimately BlazBlue: Chrono Phantasma is a fighting game and when it comes down to the nitty gritty it is a difficult game for casual gamers to get into. It is a game with a steep learning curve and for button-mash gamers BlazBlue is punishing. If you are looking to take it online be prepared to get your butt handed to you unless you are willing to take the time out to master at least one character. This one is made for the veterans of the fighting genre and I’m certain they will love it all the more for it. There is a lot of fun to be had here in BlazBlue and as they say, there something so fun about a challenge.

Visuals and Audio
Aesthetically Arc System Works have really stepped things up a notch with BlazBlue: Chrono Phantasma. They have touched up all of the character sprites and crafted a more vibrant world than ever before. The animation is smooth as silk and the anime cutscenes are a real sight to behold, gorgeous in every way. The character designs are wholly unique and visually memorable capping off a brilliant artistic endeavor from Arc System Works.

Chrono Phantasma’s score is superbly composed on top of all that. It features many familiar tracks as well as some newly composed tunes to boot. The voice work is as solid as ever, with many standout portrayals of these unforgettable characters. I mean who could forget Arakune’s devilish cackle? An all around great job as far as audio work goes. 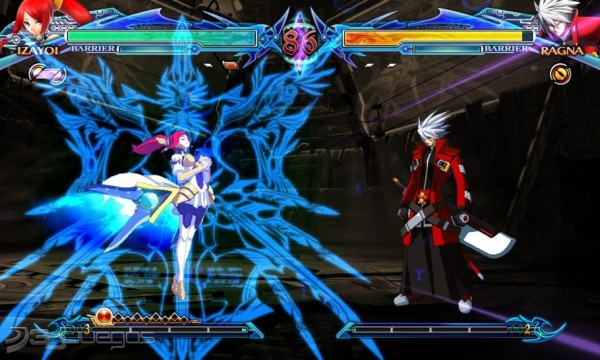 Overall
Sometimes it’s nice when things just happen good, and with BlazBlue: Chrono Phantasma there is a hell of a lot of good things happening here. Arc System Works have built upon and improved the core mechanics of BlazBlue in a very positive new direction, the game’s graphics and soundtrack have received a new coat of paint and the game is simply a tighter and slicker experience overall compared to previous games in the series.

While it is every bit as difficult as it’s predecessors, BlazBlue: Chrono Phantasma offers enough leeway for new players to learn the ropes and hone their skills. The game is of course tailored towards the hardcore fighting game fanatics and there is plenty of challenge on offer for them to bust their knuckles on. 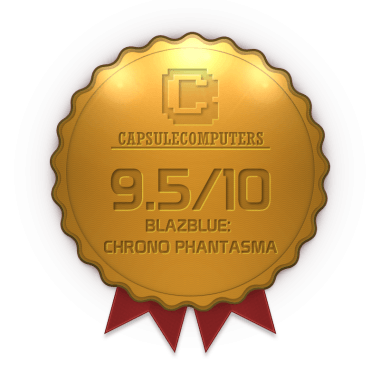