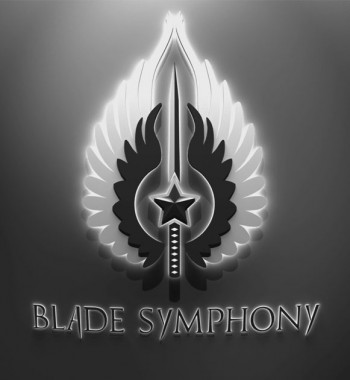 Overview
There are countless competitive online games with guns. Oddly enough, you would struggle to count the number of competitive sword fighting games on one hand. Even stranger when you consider how little skill it takes to operate a modern firearm compared with, say, a Japanese katana. Part of this phenomena lies with the difficulty in making a video game that can emulate the complex motions of sword combat. But surely we’re now at a stage in game development technology where these games aren’t impossible to make?

Enter Puny Human Games, a studio founded by two teams of modders, and their attempt at bringing the deadly ballet of sword duelling to the online sphere with the help of Kickstarter. Does Blade Symphony deliver its “tactical swordplay” promise? 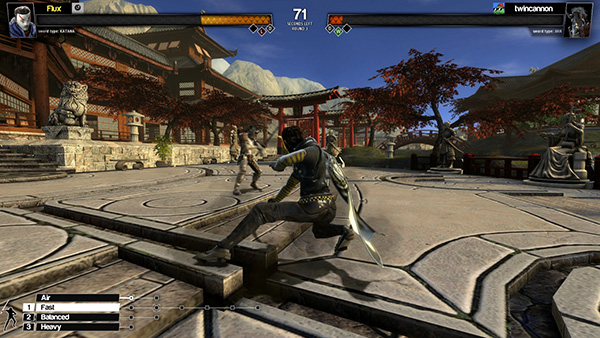 Gameplay
You’d be forgiven for thinking a game with just swords is all about mashing left-click until someone drops dead. Unless you play through the highly-recommended tutorial, you’ll learn the hard way once you come across the game’s skilled players. Blade Symphony’s combat system mixes directional attacks, not unlike what we’ve seen with War of the Roses, with combos and interchangeable fighting styles.

Add swords types such as longswords, rapiers and scimitars and you have the foundation of a highly functional action game with plenty of pointy objects. The team is very much inspired by Jedi Knight II: Outcast, which they happened to re-create in a Half Life 2 mod as one of their previous projects. 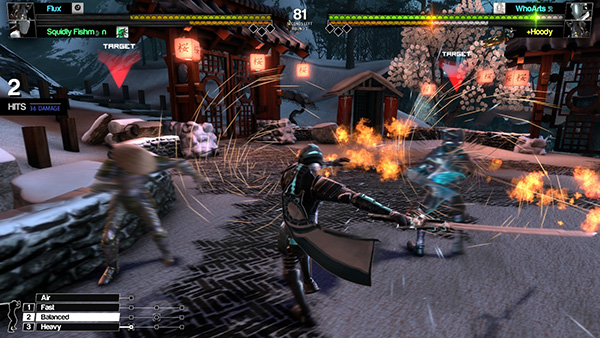 The game makes you rely on skill, coordination and reflexes in its competitive 1v1, 2v2 or free-for-all game modes. Although FFA is definitely the weakest game mode as the chaotic pace and the seemingly random spawns offsets the highly coordinated, respectful duels when going toe-to-toe in 1v1, for instance. Players pick one of four unique characters including the long-ranged Phalanx, the ingenious combination of knight and samurai called Judgement, the street ninja Ryoku or the wushu acrobat Pure. It’s up to you to utilise the strengths and weaknesses of each characters and swords with throws, charge attacks, parries, sidesteps and more.

The action is very fast and methodical, leaving no room for error. You can dash, jump, roll and switch between light, balanced and heavy stances mid-combo to create some pretty crazy chain attacks. This makes Blade Symphony a pretty complex and elegant affair. A typical 1v1 match can last for a long time depending on the skill of each player as you have to wait for an opening and time your attacks. This means that even spectating a match is often more entertaining when you have master ninjas backflipping off walls and clashing blades for what seems like an eternity. 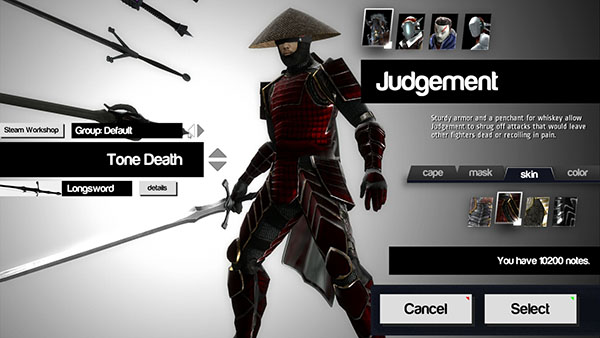 Blade Symphony prides itself on its customisation as being merely cosmetic, meaning any upgrades you earn simply make you look cooler rather than boosting your performance. All avenues to slice and dice your opponent are left to you and your skills from the very first match.

Although you can play with a mouse and keyboard just fine, a gamepad is highly recommended for an action game like this. I found the fast-paced gameplay a bit too much for my clicking and keyboard-mashing efforts.

Visuals
For a low-budget indie title, Blade Symphony is a head turner in the graphics department. Highly stylised character models and a clean, tasteful menu and user interface are the highlights. Some of the environments do have a low budget and incomplete feel though especially when it goes outdoors. 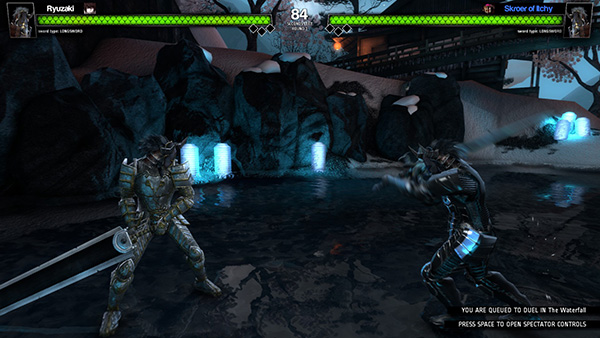 The art style itself seems inspired by the likes of Blade Runner and Japanese cyborg fiction. The creative designs have that sleek, sci-fi look. While not perfect and with the occasional glitch or two, Blade Symphony excels at making sure everything looks and feels fluid in motion including the animations.

Audio
When it comes to the sound, Blade Symphony packs a high-tech, spacey sound track mixing modern tunes with traditional Japanese music. This helps keep the flow going when the blades start clashing in the arenas. Blade Symphony delivers decent audio for the experience but when you are slashing away at opponents for hours on end you wish for more varied sound effects. 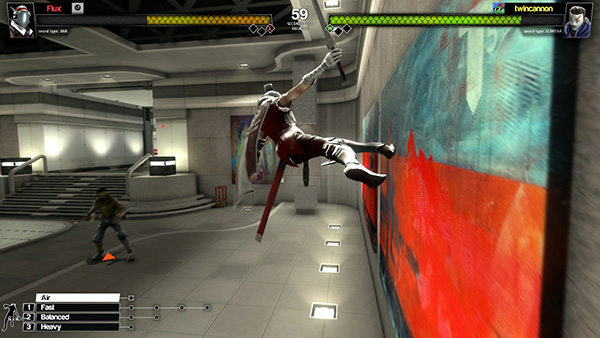 Overall
This is by no means a sword “simulation” game but nor is it an arcade hack ‘n slash like Chivalry. It’s best to think of Blade Symphony as a fast-paced, action duelling game. The meat is very much in the competitive, sweat-inducing duels. But only if you can keep up as the combat is unforgiving to those who don’t measure their every move.

The game still doesn’t feel like a complete package yet and one can only hope more content is added down the track but for what it does, Blade Symphony is an exciting effort with a dedicated community and competitive tournament prospects.