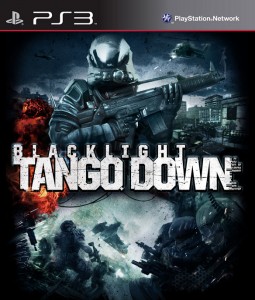 Normally when games come out on multiple consoles one review will suffice. When one is delayed and changes have been made though, different reviews are often necessary. This is the case with Blacklight: Tango Down, coming out almost 3 months later on the Playstation 3. Xbox 360 players may laugh because they got it first, but Zombie VR and Ignition saved the best for last. 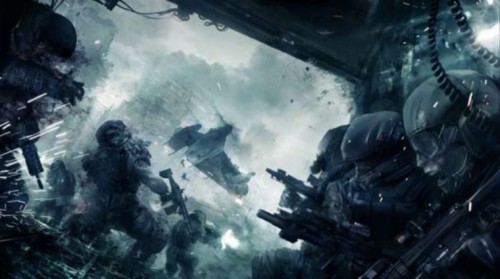 Not much of a story here, but they tried. Blacklight is a hush hush secret ops unit that uses the most advanced technology in the world and puts them in the hands of soldiers. Blacklight was on a mission to search for a missing team and that is when the battle against The Order (the bad guys) came into full escalation. The Order are former spec ops and militia that have joined the “cause” and use advanced technology to fight against Blacklight. The story does not come into the game unless you are playing Black Ops.

I should first bring out this is an online only game. You can not play any game mode without being connected to the Playstation Network. There are three modes to play. Quick match, Private match, and Black Ops. Quick match is the online multiplayer matchmaking mode. It has a few sub modes to choose from;

Deathmatch: standard every man for himself

Team Deathmatch: standard unit vs unit fight to the death

Retrieval: a capture the flag like mode using data canisters

Detonate: a one flag mode where there is one bomb on a map and you must bring it to the enemy base and defend to blow the base to kingdom come

Domination: capture points to get points. the more places you capture the more points you rack up

Last man standing: deathmatch with NO respawns. Makes you think before you go out guns blazing. Multiple rounds

Last team standing: team death match with NO respawns. Makes you think tactical to pull out the win. Multiple rounds

Private match is a private game where it is invite only. You can use all the maps and modes of Quick match. Sadly there is no splitscreen option for Private match or Black Ops. An addition of this feature would have helped a lot.

Last is Black Ops mode. 1-4 players can take on 4 missions in a fight against The Order. Quite fun by yourself and with friends to hone the skills for online play. Often you have to hack things, but you get no instruction on how to do it. You are left scratching your head and pressing buttons to figure it out. Once you do though, it is not hard hack through the levels. 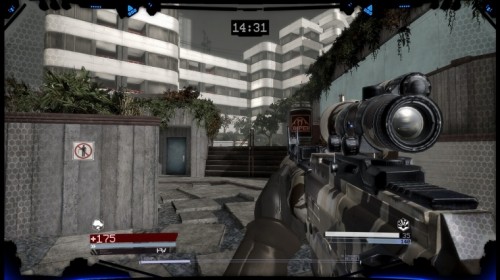 In first person shooters this is what it is all about, the gameplay. If this is not solid the game is broken. Thankfully most of it is good. The controls feel good and I got the hang of them pretty fast. A big downside is they do not explain the controls to you when you first start playing. They just drop you in the game saying “here it is, play it”. There is control button in the option menu, but it just is not the same as the game showing you how to play. Another big hinderance to the game is there being no hit marker. It feels like there is no aim assist even when aim assist is turned on. Personally, I love the way this is made because that means you need skill to kill, but if you do not know your hitting the person it makes it harder than it should be. One thing I do love is the quite extensive customization options. You have four slots to make custom classes. You can choose from the default Assault rifle, Submachine gun, Sniper rifle, Heavy machine gun, and Shotgun as your main gun. You can put Red dots, Scopes, Different barrels, Different stocks and much much more. Once you get into the higher levels, you can make the guns your own and unique. You can also put different kinds of armor onto your character, like improving defense or putting different camo on. 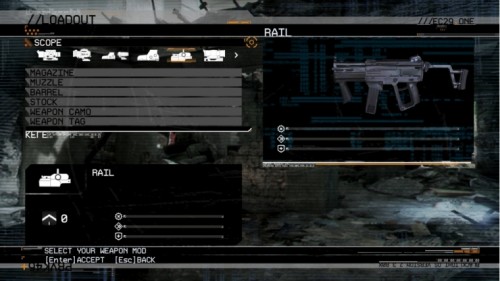 The actual game itself can get a bit laggy even when your connection is perfect. Invisible walls and corners are quite frequent in matchmaking but I have yet to see a game do perfect on visuals and multiplayer. There are some changes from the Xbox 360 version. A new map called Crossover was added and “join in progress” have been added to multiplayer. In the Xbox version it took at least 10 to 15 minutes to find a game and begin to play. PS3 it takes about 5 minutes and your in a match. It was a really nice improvement.

This is my final verdict. This is the part where I decide if it is worth your 15 hard earned dollars. My answer is yes. I had quite a blast playing online. It feels like a 40 dollar retail game; a great core experience. I have not ran in to any glitches like shooting through walls or anything so that says something good about the developers. If your deciding on a Downloadable game you can not go wrong with Blacklight.

You can get the Blacklight trial and game on Playstation Network.

Blacklight: Tango Down gets a grand: