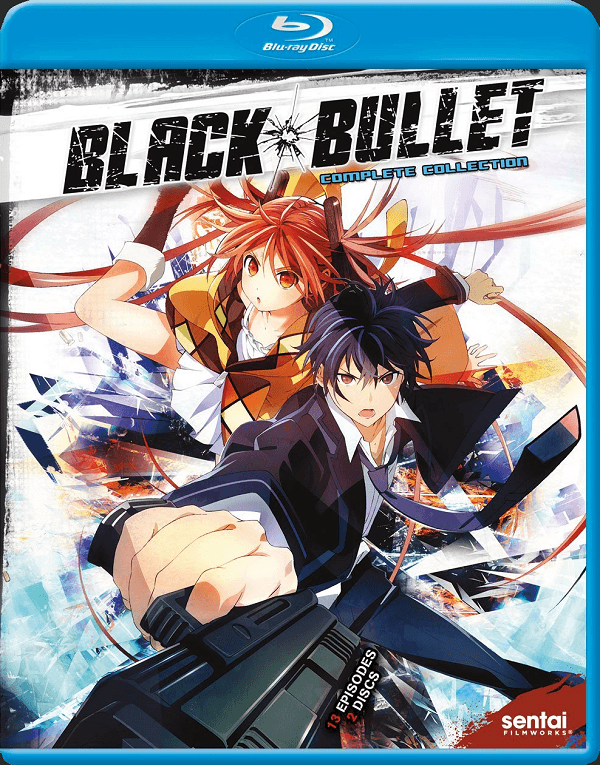 Overview
One of the most popular sources of anime adaptations lately has been light novel series and the year 2014 featured an extremely large number of said adaptations. With so many of these novels being produced, every series tries to do something different to stand out in some way. Black Bullet depicts a world on the brink of disaster where the best chance at survival is relying on young girls so the question is, is this series worth your time?

Story
Black Bullet is set in the year 2021 where mankind has been pushed to the brink of extinction due to a virus called Gastrea. Gastrea spreads like wildfire and transforms any infected host into a terrifying creature with special abilities that grow more powerful the longer it is allowed to exist. With any infected transforming into Gastrea and going on a rampage infecting others, throughout the world humanity has been forced to live within sectioned off pieces of land that are protected by special monoliths. 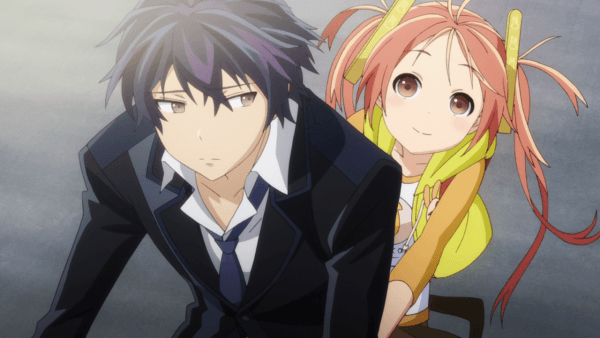 These monoliths are created using a special material known as Varanium, a special type of black metal that is capable of repelling the Gastrea as well as the best means for defeating them as wounds caused by Varanium weaponry prevents the creatures from regenerating. This has placed humanity in something of a stalemate with the creatures as they can live in safety within the cordoned off cities and although the occasional Gastrea still manages to make its way into these cities, humanity has a powerful weapon capable of facing off against these single threats.

You see, back when the Gastrea virus first ran rampant ten years many pregnant women ended up becoming infected and as such passed the virus onto their unborn children. These children were then born always as girls and capable of using various abilities thanks to their contact with the virus. Named the Cursed Children, these roughly ten year old girls are usually paired up with members of independent civilian security forces as Initiators while the person they are paired up with the Promoter. With these pairs generally capable of defeating Gastrea that appear within the walls, one would think that the Cursed Children would be treated as a precious resource. Unfortunately, those who think that are few and far between. 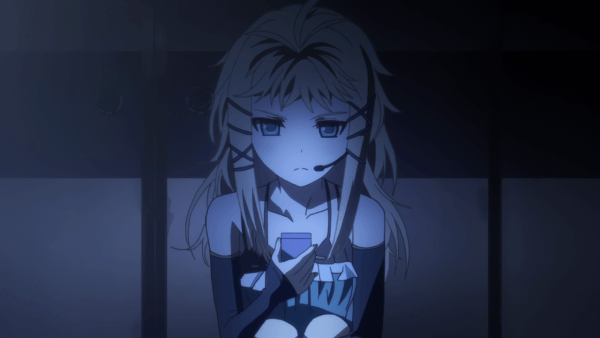 Black Bullet follows the story of Rentaro, a man who lost his entire family at a young age when the Gastrea virus ran rampant and now works for a small civilian security firm with his Initiator the ten year old Enju. Rather than follow a solid story arc throughout this thirteen episode season, the story opts to follow these two through a number of smaller arcs that take place over the course of two-three episodes a piece with a breather episode or two placed as separation.

This type of story structure does lead to certain issues that are continuously dangled in front of viewers only to be pushed aside, likely due to the fact that the source material is still being produced in Japan, as well as some plot holes that never really are addressed and plenty of poorly paced rushed scenes followed by long information dumps in an effort to try and fit as much content as possible as the series fits three arcs in while also attempting to build up the world and develop the core cast. 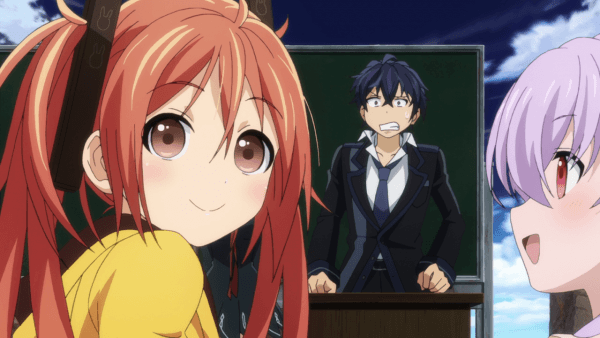 The thing is, Black Bullet may have a number of weaknesses but thanks to the characters that we are introduced to and the amount of backstory we learn about these characters as well as the concepts the story tackles and the fact that the series finds a nice balance between humor, action, and horrible moments these weaknesses are only a small detriment to what turns out to be a very enjoyable series that I hope manages to get a second season sometime in the future.

You see, when we are first introduced to Rentaro and Enju the pair have already been together for eight months and have formed a very close bond to the point of being brother and sister/father and daughter. Obviously there are plenty of jokes made about the fact that Enju is always speaking about how much she loves Rentaro and wants to marry him in the future and with other young girls eventually gathering around him and his kindness towards them, the series does take advantage of this to make plenty of obvious and easy gags but it isn’t long before we see just how unique their relationship is and how different their Civilian Security organization handles things. 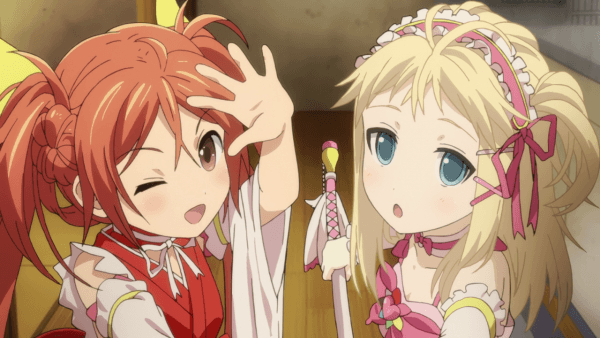 One of the strongest concepts of Black Bullet is the way that it depicts a hopeless world that almost appears as if it should simply vanish. Despite finding a semblance of safety, these walled cities are obviously presented as temporary solutions and with corruption running throughout the higher-ranks of politics, secrets abound about the Gastrea origins. On top of this, the Cursed Children, who should be seen as precious, are instead treated by many with extreme prejudice and hatred.

There is indeed a threat that a Cursed Child may transform into a Gastrea if their infection level reaches a certain limit (a concept that is never really detailed) but despite being seen as saviors, they are forced to live outside the city in slums or abused and killed as if they were nothing. Even among the Civilian Security branches there are those that treat their Initiators as little more than tools. 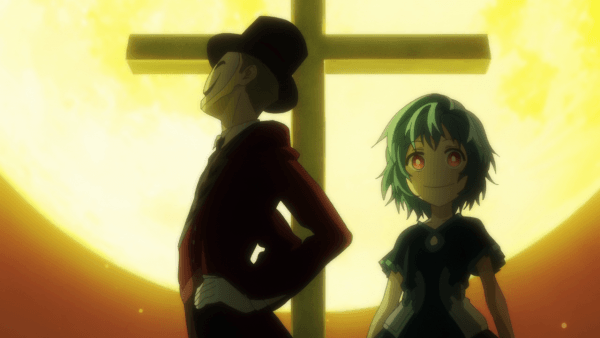 This creates a stark contrast between how Rentaro and Enju see the world and the way that the majority of the public feels, allowing for viewers to easily get behind the main pair as they try to make efforts to help out those less fortunate with themselves and even find sympathy for an early villain who shares his views, albeit far more violently. Thanks to this dynamic of the pair struggling against not only the extreme hatred of the Cursed Children but also against the violent threats, both Gastrea and outside variables, that come across their path, Black Bullet becomes a series filled with powerful moments that vary between heart-warming and heart-rending and memorable storylines that generally end up feeling poorly paced.

Visuals
Handled by the fairly fresh animations studio Kinema Citrus, Black Bullet is a series that takes full advantage of using a vibrant color palette for the main characters to help them stand out from the often dull colored backgrounds. These character designs are well handled and while not a lot of detail is often placed into their facial animations, the team is capable of displaying plenty of emotions out of these characters. 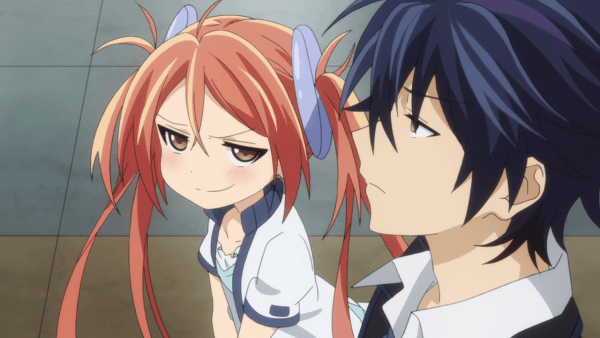 The action sequences are handled quite fluidly and the designs of the Gastrea are memorable and though many simply resemble insects some later creatures feature memorable outlandish designs. Thankfully, Black Bullet takes the high road when it comes to fan service as those who may be worried about such a thing will find that it is nearly non-existent in the series or focuses entirely on the adult cast.

Audio
Sentai Filmworks has released Black Bullet with both the original Japanese voice track as well as their own freshly recorded English dub. For those who prefer the original voice work, there is no problem here as the cast does a great job with their characters while the new English cast also handles their roles rather well though Rentaro’s English voice actor Chris Patton does a rather poor job with action sequences. 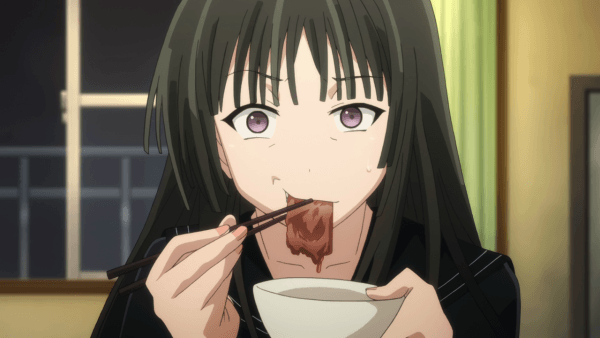 The soundtrack for the series features a large variety of different sounding tracks that are used to fit the various tones the series switches between. This is something of an accomplishment considering how quickly the mood in Black Bullet can turn.  The opening theme “black bullet” by fripside is a very enjoyable theme song and quite a memorable one at that while the main ending theme “Tokohana” by Nagi Yanagi is calmer in nature but doesn’t stand out much in this regard.

Extras
The bonus features included in this release are unfortunately thin as the only included extras are clean versions of the opening theme, ending theme, and trailers for other Sentai Filmworks products.

Overall
Black Bullet is a very good example of how great a series could be if it were to be given the proper amount of time to properly pace itself. While the series has a lot of potential and offers enjoyable arcs, everything feels too rushed and poorly paced in an effort to pack as much content as possible into thirteen episodes. This means that viewers will be left with plenty of questions that aren’t answered once the series comes to an end, meaning they’ll need to go for the English light novels for answers, but will still come away with an engaging  series that addresses some rough issues and features a satisfying balance between action and character moments.
Capsule Computers review guidelines can be found here.