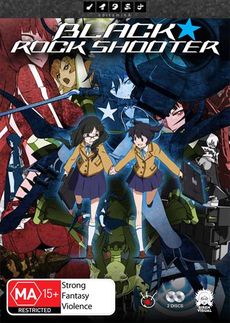 Overview:
How do you translate a music video into an anime series? This is the task that Black ☆ Rock Shooter had to take on and it does a decent effort in making that transition. While it’s origins are rooted firmly in another medium altogether, becoming an anime series doesn’t seem too big a stretch given the origin (Vocaloid).

Like most adaptations though, there is always going to be some liberties taken with the source material, especially when that source material is a mere music video. Black ☆ Rock Shooter is an ambitious project, but does it ultimately manage to work as an anime series or does it flounder under the weight of the little content to draw from? 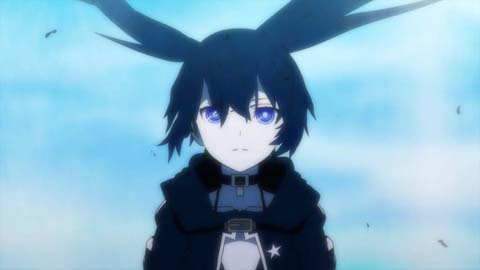 Story:
The biggest draw that Black ☆ Rock Shooter has going for it is it’s ambitious fantastical action sequences which run in parallel with the drama of the real world. The problem is that there is little to no connective tissue between these ambitious scenes and the story actually occurring. The Black ☆ Rock Shooter world, simply exists as an enhancer for the drama that is going on, but it feels as though it is there for little to no reason.

There isn’t a lot of logic behind it other than to serve as a glorified personification of the warring emotions of the girls in the series. At times it’s far to obtrusive and halts the story entirely. This is something that is rather ill-advised considering the overwhelming angst-ridden nature of the cast and plot.

Plot-wise things are essentially your standard teen drama fare but pushed to the utmost extreme. It is filled with over-the-top dramatics that never feel warranted of justified in their existence. Most of the plot plays out like a common teen cliché strung out and rinsed clean of any enjoyment, leaving nothing but depressing anxiety fuelled scenes that repulse more than they intrigue.

If you have a problem with characters that behave irrationally and are frustratingly naive then you in for a horrible ride with Black ☆ Rock Shooter because that is what you’ve got served on the menu here.

Ultimately though Black ☆ Rock Shooter is a mess in terms of it’s plot and characterisation, it is incredibly difficult to relate to and it often struggles to find any footing in it’s narrative just stumbling from one point to another. It’s a shame given the potential of this ambitious IP. 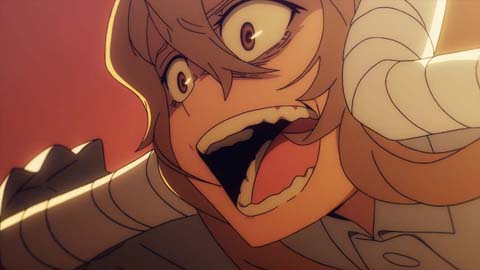 Visuals and Audio:
It’s no surprise that aesthetically and aurally this series is excellent. You have incredible visual imagery that is simply a sight for sore eyes amongst the standard art that many series implement. The Black ☆ Rock Shooter world sequences in particular are an impressive sight, with a mix of CG and digital animation these scenes are always a feast for the eyes. Unfortunately the real world scenes are not even half as impressive visually, with a noticeable decline in quality in those parts of the series. However this decline doesn’t discredit the ambitious and imaginative art of the Black ☆ Rock Shooter world parts.

The soundtrack of the series is well conceived and composed, serving as a suitable backing for the action and drama taking place. The opening theme song is not really anything to write home about, but it gets the job done. The real star in terms of the audio is in the incidental music that really hits the sweet spot emotionally with great timing. 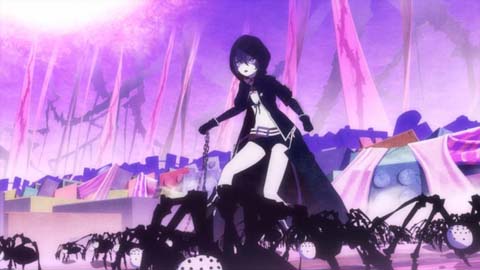 Extras:
Siren Visual have done a great job with this release. Although it is a subtitle only release they managed to include a fair amount of special features that will surely excite fans of the series looking for more out of this release. On disc is a special making of Black ☆ Rock Shooter featurette, clean ending song, TV spots and some awesome 3D CG animatics. It’s a decent amount of extras for bonus content junkies and does well to buffer the low episode count of this series. 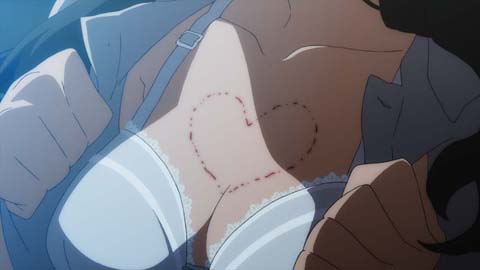 The real problem with Black ☆ Rock Shooter though is that it has so many different ideas much like the girls in the show, constantly at conflict with one another. There is little to no cohesion and it suffers for that. There was a great need for it all to be tied together, but that never really happens with Black ☆ Rock Shooter. It’s a compilation of ideas that never quite work together.

I honestly feel this is all due to the fact that the series is based upon a music video, there is only so much you can draw from that really and that shows in spades here. Despite the weak story-telling and characterisation, this series does deserves a look-in for it’s impressive visual outing.