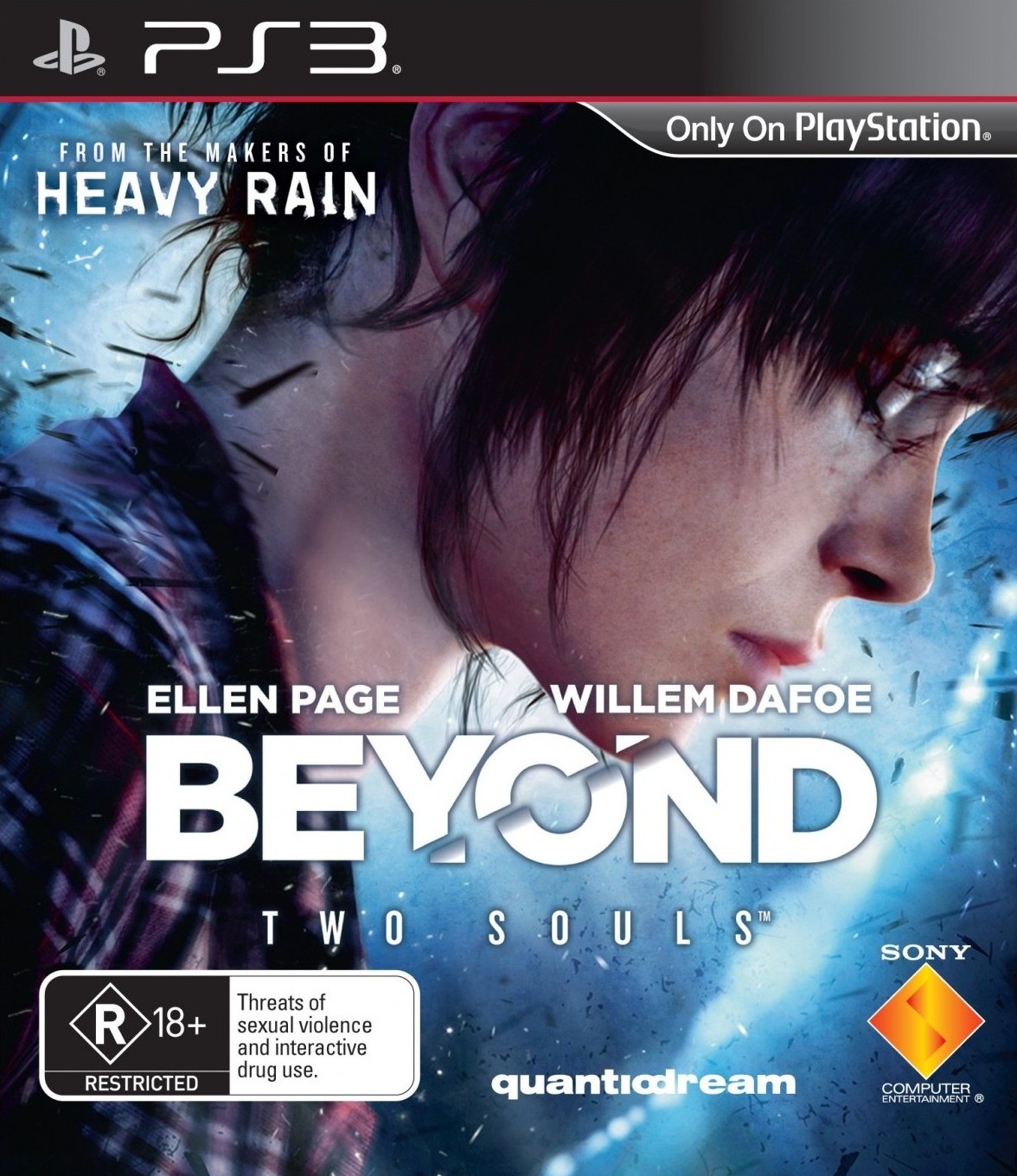 BEYOND: Two Souls is Quantic Dream’s second PlayStation 3 exclusive after the critically acclaimed Heavy Rain. Creative Director/Writer David Cage has once again attempted to bring us on an emotional journey, this time in following the life of Jodie Holmes – a young girl who is connected to a mysterious entity she calls Aiden. As opposed to Heavy Rain, BEYOND veers away from straight drama and more towards the supernatural action sub-genre. In starring high calibre Hollywood actors such as Ellen Page and Willem Dafoe, however, you’re guaranteed powerful performances nonetheless. But, does the “game” part of the experience hold up, or does the title further fuel the criticisms of simply ‘creating an interactive movie’ levied at the developers?…

BEYOND: Two Souls explores 15 years of Jodie Holmes’ life, from the age of 8 to 23. Beginning with a ‘Prologue’, Jodie appears torn between the living and the dead, her memories jumbled. The ensuing game is her attempt to piece together the events of her life, although because her memory is fractured and failing, we as the player experience them out of order. At least, that’s the simplistic reasoning for the non-linear plot. Jumping to the ‘First Experiment’, Jodie is under the supervision of DPA (Department of of Paranormal Activity) researchers Nathan Dawkins and Cole Freeman, who conduct tests on her ability to ‘telepathically’ see cards in another room, and move objects with her mind. Of course, we as the audience know that her ‘power’ has nothing to do with telepathy. 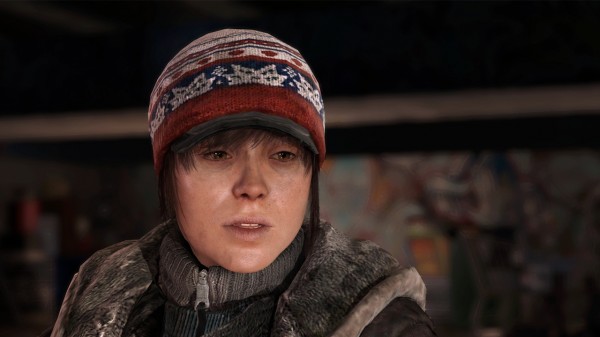 Aiden – a spectral being – is practically connected to Jodie at the hip and many times does what Jodie asks of him. This is realised fairly quickly by the pair of researchers. Skipping forward to ‘The Embassy’ some 12-odd years later, we see Jodie on her first undercover mission with the CIA alongside agent Ryan Clayton. This is the formula the plot adheres to, as we constantly dart between time periods and ‘Chapters’ in Jodie’s life. Even after completing the game – with all individual chapters unlocked – you can not play them chronologically without exiting the following loaded chapter, returning to the main menu and manually entering the next. The purpose of this plot device is unknown… why David Cage chose to tell this tale in such a specific, broken structure baffles me.

Unlike the bond between our lead characters, the plot feels disconnected because of it. Contextually, no impact would be lost by telling the story in chronological order. The fact that multiple chapters are literally 5-10 minutes long and feel like filler doesn’t help engage the player either. Also, tonally, the game shifts numerous times and can be quite jarring in doing so. If told sequentially, these sudden, drastic transitions between each unique ‘Chapter’/time period Jodie experiences would be perceived much more positively, and understood more easily. Nonetheless, the underlying narrative elements, such as the inherent loneliness as Jodie’s relationship with Aiden pushes everyone away, is communicated effectively throughout. 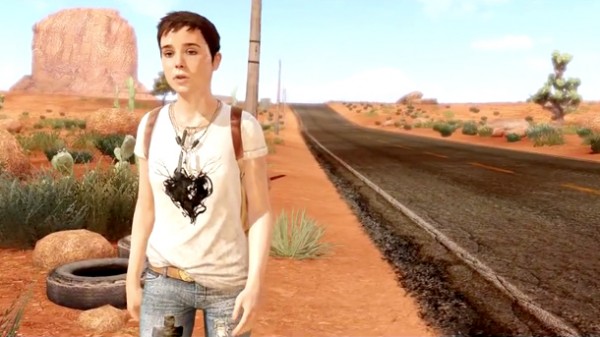 Unfortunately, BEYOND: Two Souls is less a dramatic exploration of these deeper concepts, and more of a cinematic, supernatural action entry. Eventually, we are introduced to the concepts of ‘rifts’ in-between the “Infraworld” and our own, with the DPA building “condensers” and containment fields to keep evil spirits at bay. It all gets a little too ridiculous whilst taking itself completely seriously. The dialogue gets repetitive as Jodie has to explain her ‘gift’ to everyone, but it is also exceptionally clichéd, with overused lines like “do this for me” and “get going, before I change my mind” making me wonder if David Cage bit off more than he could chew with an idea that was too foreign and unrelatable to produce a realistic script for. There’s also an abrupt character transformation that feels forced and reaching (no spoilers, naturally).

Gameplay-wise, BEYOND: Two Souls borrows a lot from the mechanics established in Heavy Rain. What that means for gamers frustrated with the former title’s stiff controls is that, well, they can expect to be even more frustrated with BEYOND. Jodie frequently does not respond to navigational controls, and forget about the possibility of getting her to do a sharp turn. The animation system in place initiates prepared cycles only when scripted, so if you’re hoping to enter a jog or run on demand, you’re out of luck – Jodie will only speed up when the scripting calls for it, and even then she is entirely too slow. Frequently, when returning back to Jodie after controlling Aiden – all the while keeping the left thumbsticks pressed upwards – Jodie will not flow into a forward stride and you will have to release, and then re-do the motion. 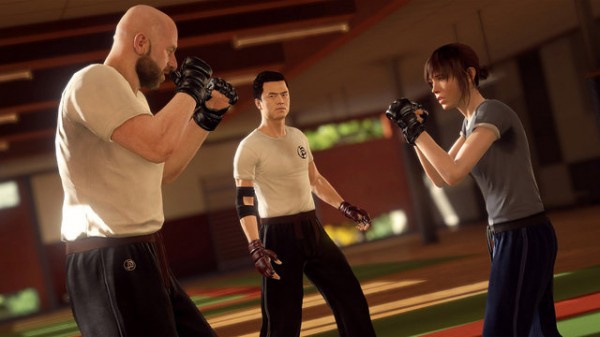 Some interface elements have hanged since the last game by the studio, with the ‘White Dots’ being one of the biggest. Basically, any interactable object in an environment will project a white dot over it to signify this. Depending on if the object in question is above, below, or to the side of Jodie, you must move the right thumbstick in that direction to interact with it. My natural instinct was, instead, to move the thumbstick in the direction of the dot relative to its position on the screen from my perspective. This would have been much more accommodating, and at least offered a fuller range of motion for the stick, as you are otherwise restricted to the dumbed down 4-way directionals only.

Speaking of a neutered range of motion, the half-circle rolls and farther complicated gestures made capable with the stick are rarely seen. In fact, I maybe encountered the former 3 times across the whole experience. I don’t think people complained that Heavy Rain wasn’t basic enough… quite the contrary, gamers wished it was more involved. Yet BEYOND is even less so. The revamped, HUD-less, prompt-less ‘quick-time events’ that slow time and require you to instinctively match Jodie’s intended motion in combat or chases works relatively well, although it also suffers from keeping things too basic and not instructing more challenging, complex gestures. Every so often, the requested motion isn’t very clear either. 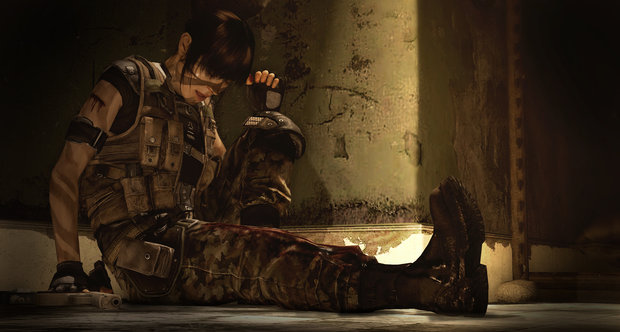 All that being said, there is larger gameplay variation in BEYOND: Two Souls than in previous Quantic Dream titles. You’ve likely seen the stealth sections shown in prior trailers, as well as the motorcycle escape (which is not a cinematic, but a fully controllable sequence; you can even turn off/on the headlights!), but there is also a submarine and underwater section, short as it may be. Aiden is the highlight of the gameplay, as you travel through walls to eavesdrop on optional conversations, choke people out, possess people to do various acts and practically wreak havoc. He is also the main defence against the aforementioned evil spirits, and in solving primitive environmental puzzles. The ‘Duo’ mode – where a second player takes control of Aiden using another Dualshock or touch-screen device – does the job and allows the involvement of others which is always a plus.

Graphically, BEYOND: Two Souls at times proves to be a taxing affair for the PlayStation 3. The attention to detail in the world is impressive, but as expected, it’s the character models that impress most. The expressions of the actors are translated through the full performance capture process extremely well and combined with the quality of the shaders and skin textures, the characters are really brought to life. The lighting system in place creates very realistically lit environments, with the rainy ‘Train Escape’ scene being a prime example. That being said, darker scenes can occasionally look too dimly lit and, otherwise, there are rare instances of texture pop-in. 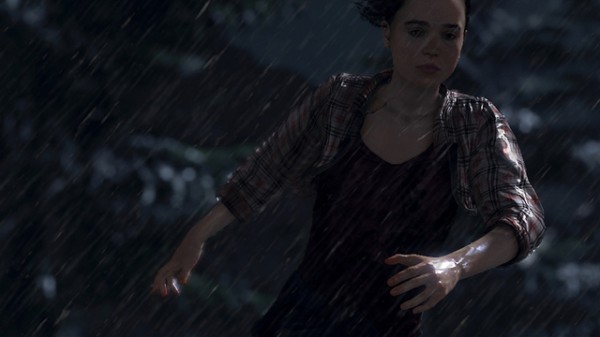 Sony helped bring in the big guns for the music department of BEYOND: Two Souls, with the legendary Hans Zimmer (Inception, The Dark Knight Trilogy) collaborating alongside protege Lorne Balfe (Assassin’s Creed III, Crysis 2) to provide the score for the game. The main theme in particular sticks in the mind, with its distorted descending run in the background and then the ascending two-notes which increase in tempo as the drums kick in. Overall, the score is laden with string-pieces, and although a sombre chorus punctuates ‘Jodie’s Theme’ and story, the emotional impact of the complete work is weakened by the recurring supernatural motif.

It saddens me to say this, but BEYOND: Two Souls disappointed me. That’s not to say it’s a bad game, but I was expecting more, which is why I may read highly critical. The non-linear plot created a discordance between myself and the story, never truly engaging to the fullest as it darted back and forth in its timeline, and to chapters which were glorified cutscenes at that, with literally minutes of content. Compounding this was the general silliness of the “rifts” and “condenser” story devices, as well as the overly clichéd and often times simple, repetitive dialogue. That being said, the performances of all actors involved is phenomenal and carries the story, which does leave a lasting impression regardless of its flaws.

Navigation is even more rigid and frustrating than in Heavy Rain. Jodie is incapable of nuanced movement and sometimes flat-out refuses to turn in certain directions. The range of gestures prompted in-game have been reduced, and the natural inclination to move the right thumbstick to the ‘white dot’ relative to its position on screen has been ignored in favour of the more unconforming 4-way directional bearings relative to Jodie’s general position. The entire Aiden character mechanic is great, however, and the eventual variety in gameplay (as basic as they may be) is appreciated. At the end of the day, BEYOND: Two Souls may be aggravating, but is still worth experiencing for its uniqueness.